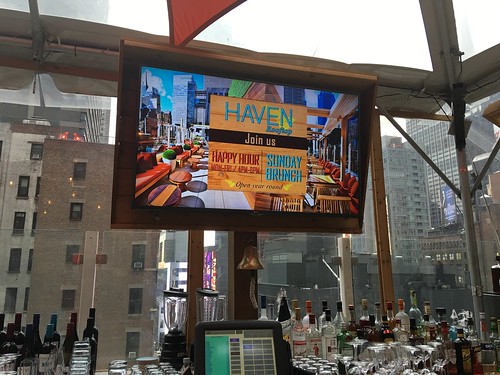 What’s better than visiting Times Square, the Crossroads of the World? How about partying above it at Haven Rooftop, a beautiful new bar and lounge on the top of The Sanctuary, an ultra-trendy luxury boutique hotel in the heart of Times Square? My girlfriend and I did just that the other night for the opening of their summer rooftop season. 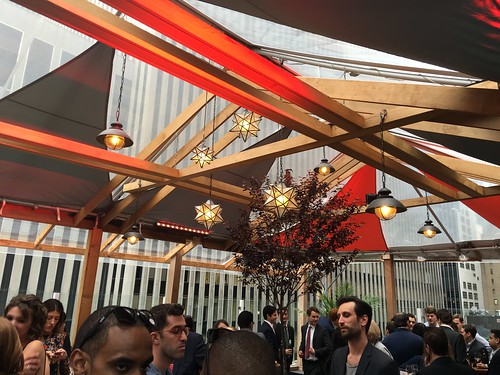 As soon as we exited the elevator we were greeted by two extremely sexy hostesses.  The view – and I don’t mean of the hostesses – was beautiful (and the hostesses weren’t too shabby either).  Haven Rooftop has two large bars and ample space to walk around and enjoy your designer cocktails, and the cocktails were excellent! We also sampled some of their food offerings and yep, they were damn tasty! 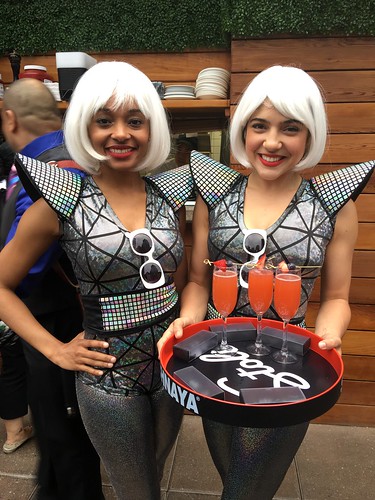 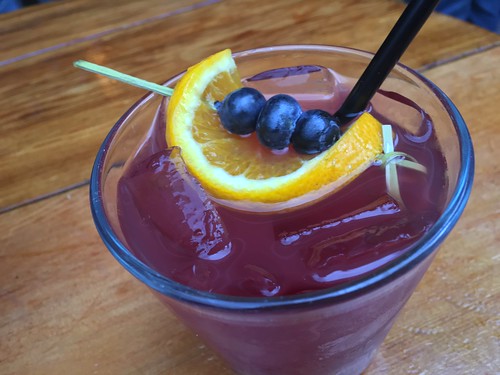 I really liked the diversity of the crowd too. Very eclectic, from Wall Street looking execs in their expensive suits to Soho Art looking grunge folks, with everything in between. The guest DJ from Ibiza was spinning some great stuff and everyone seemed to be enjoying themselves. I loved the futuristic aspect given to the costumes of the models and hostesses – did I mention how sexy they were? Oh, and there was also an artist body-painting two beautiful women in the midst of everything. 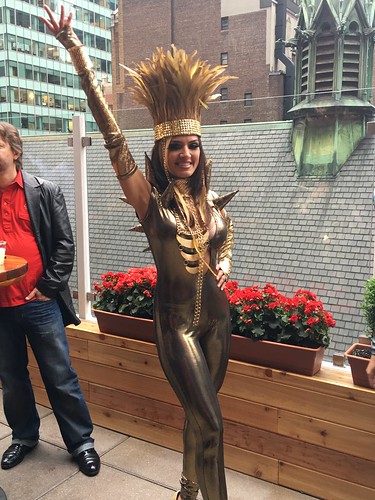 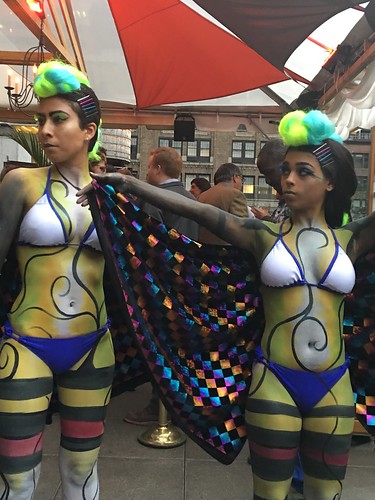 If you want to have a great time partying above the crowds of Times Square at a place with a fantastic view and beautiful people then look no further.  Oh, and if you need a place to stay and your wallet can handle it, definitely check out The Sanctuary Hotel. It’s a gorgeous place! 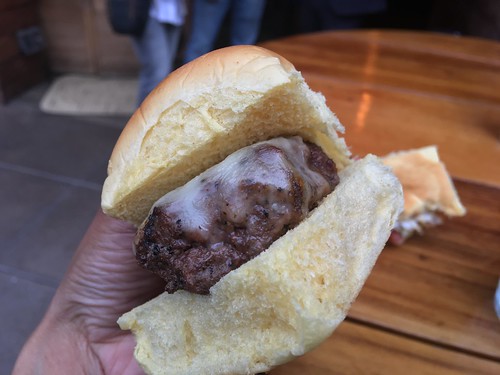 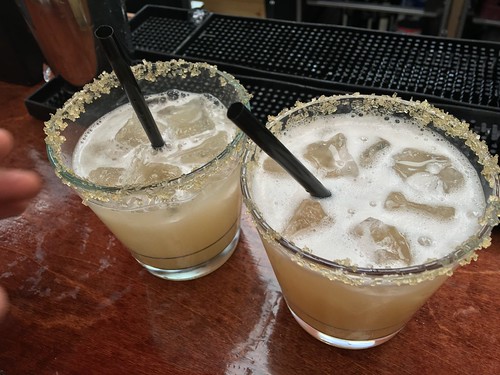 A two minute walk from Times Square, The Sanctuary Hotel New York originally dates back to 1908. It’s a five minute walk from the Rockefeller Center, and nine minutes from The Museum of Modern Art. The sophisticated, contemporary rooms feature flat-screen HDTVs, minibars and free WiFi.  Complimentary continental breakfast is provided, and there’s a chic restaurant, a stylish cocktail lounge and a fitness center.

The Impulsive Group’s flagship property, Sanctuary Hotel New York has been a labor of love for its proprietors since they began developing the property in early 2010.  The Sanctuary consists of nine stories and offers a total of 113 luxury guest rooms.  The transformation and renovations began in early 2010 inspired by father and son duo Hank Freid and Brandon Freid.