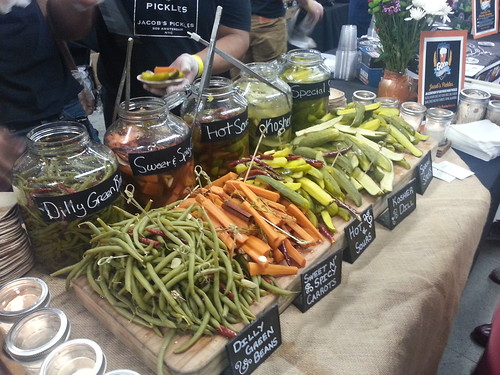 My husband and I were invited to attend the Edible Manhattan Good Beer Event located at the foyer of 180 Maiden Lane in Downtown Manhattan. It was one of the more unusual locations that I have attended an event, especially a food event. It was a beautiful space and I sorta felt jealous for the people working in the building.

There were some big names among the restaurants and some of the beer was simply amazing. Some of my favorite restaurants presenting and paring their dishes were Gramercy Tavern, Tessa, and Streets.

Tessa presented their tuna tartar during the event. I wrote about Tessa a few months ago and like then, they had some amazingly fresh food that I can only encourage people to visit should they be in the Upper West Side neighborhood. Their charismatic bartender was at the event, alongside their chef. Hint: do not forget to get a chat with their bartender before you start your dinner. A wonderfully enthusiastic personality. 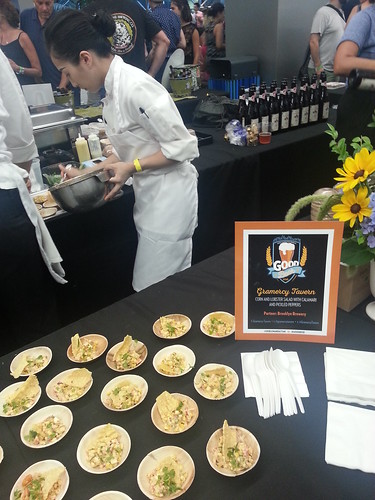 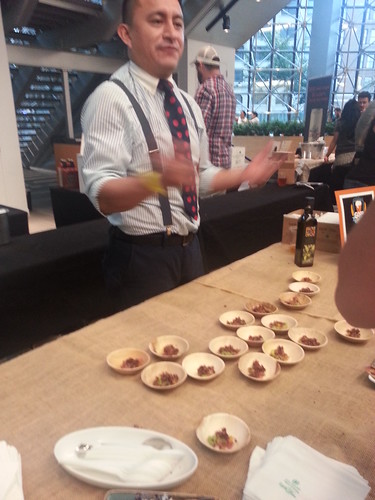 My favorite dish of the evening came from Streets. Streets Restaurant served their South African Piri Piri Wings. OMG! They were amazing! I am going to try making my own Piri Piri sauce. They were so good that I still drool about the thought of them. Go now before they get too popular! You will see me becoming a regular. 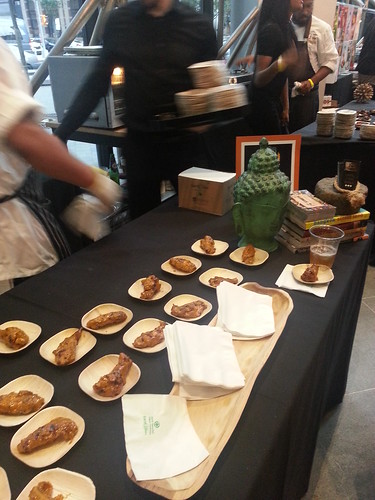 The beer selection was a bit on the ordinary side, but a couple of things stood out. I have tried a LOT of the beers over the years – since I attend all of the local beer festivals, it is hard to satisfy my curiosity. There were plenty of beers and many good options, but as usual these events have few things that are not your typical options. 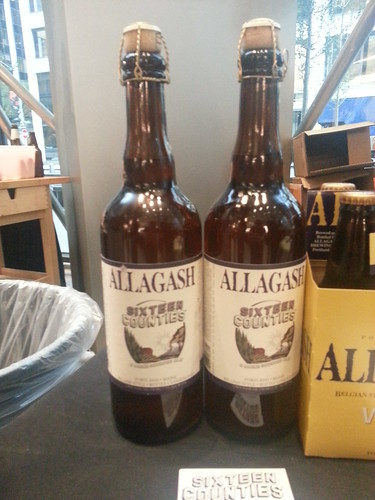 On the other hand, some of those items stood out to me because they were simply delicious. Allagash presented their new Sixteen Counties. It was amazing and it has been a while since they have come out with something that delicious. It will be my summer beer!

We also tried Auchentoshan Whiskey with Jacob’s Pickles. I am a fan of pickles and I can only urge you to try them out next time you are in need of pickled vegetables. 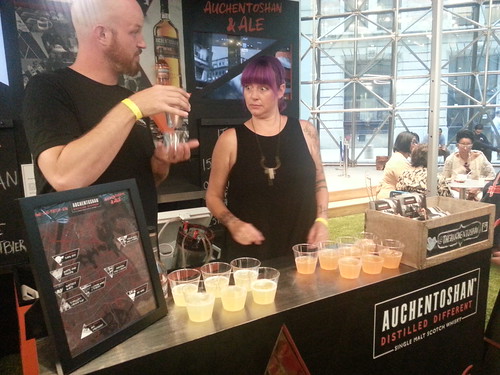 The Edible Manhattan Good Beer Event was fun, delicious and you would go home stuffed enough to lay down and roll home (as we would say in Denmark). Next time the event comes around, go forth and have a great delicious time.

Other vendors and sponsors: