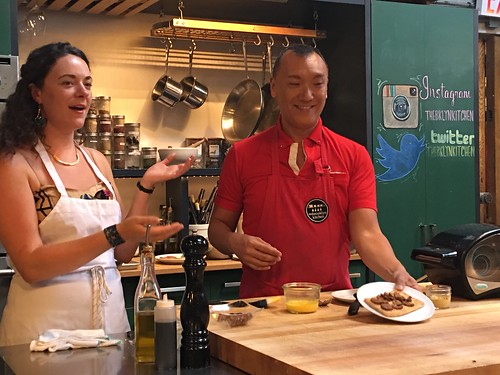 Did you have one of Kenner’s Easy-Bake toy ovens as a kid?  If so you’re even older than I am!  I never owned one but had the chance to attend a cooking class with my girlfriend at The Brooklyn Kitchen, a hip spot in Williamsburg, hosted by celebrity chef Joe Zee, Editor in Chief of Yahoo Style, TV host, and author. 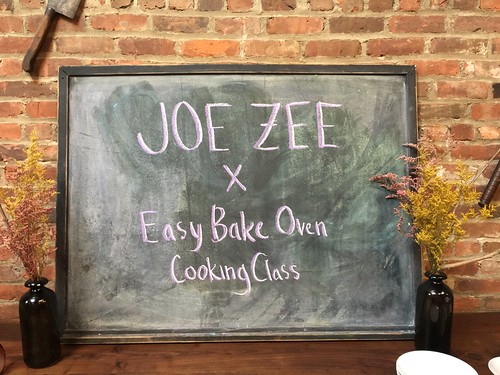 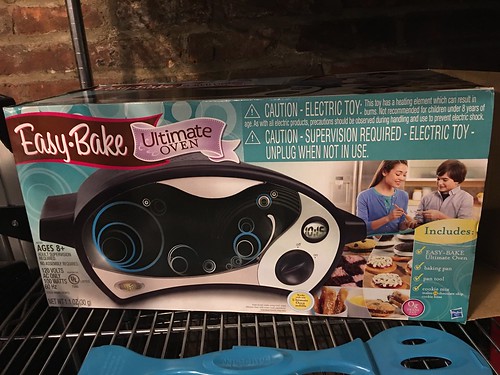 I admit I didn’t know who Zee was at first because I’m about the least stylish guy I know. My wardrobe used to consist of two pairs of jeans, a few t-shirts, and some old sneakers from the early 90s – but that all changed due to my girlfriend not wanting to be seen in public with me in my tattered rags. She knows Joe well and watches his fashion rescue show All On The Line religiously on the Sundance Channel. 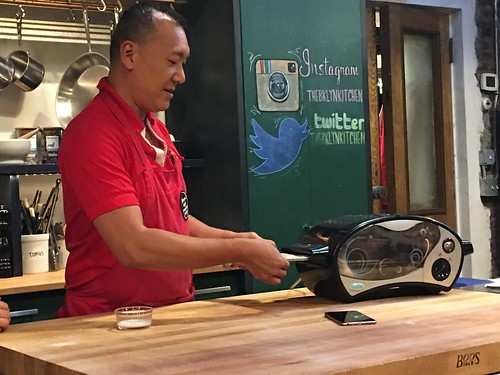 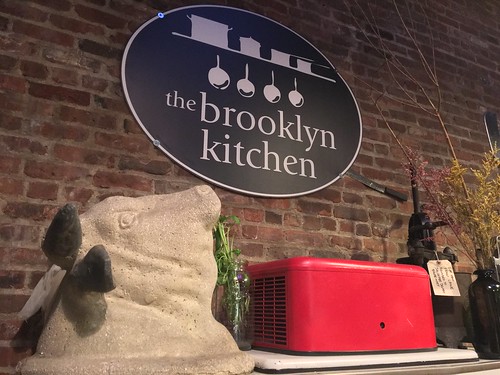 The idea for the class came about when Taylor Erkkinen, co-owner of The Brooklyn Kitchen, heard Zee tell his sad Easy-Bake story on his old talk show, FABLife.  As a kid Zee had longed for the oven but his parents never got him one: “You’re an Asian kid. You should be a doctor or something.” He would instead spend afternoons with his friend Maria at her house baking cookies (one at a time because the Easy-Bake oven’s heat source at the time was just a small incandescent light bulb). 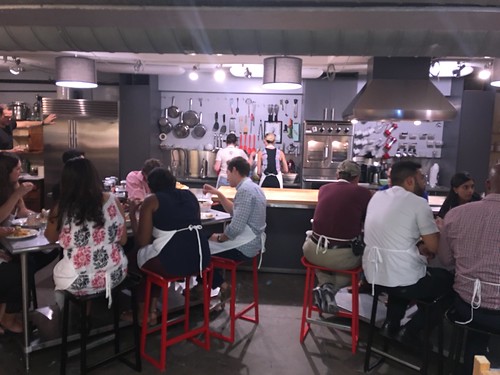 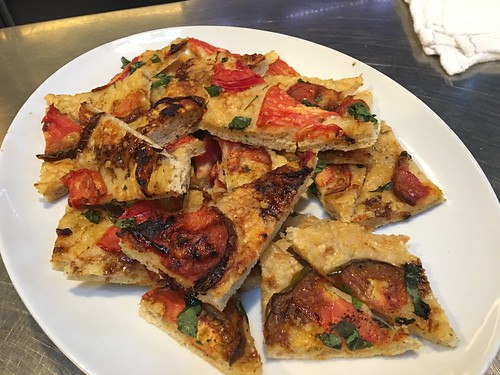 Taylor decided something needed to be done and presto, the class was formed. Zee is no stranger to The Brooklyn Kitchen as he and his fiancé Rob Younkers, host of Logo TV’s Secret Guide to Fabulous, have taken several classes there together. 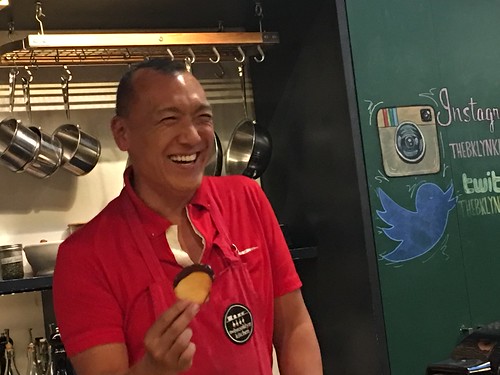 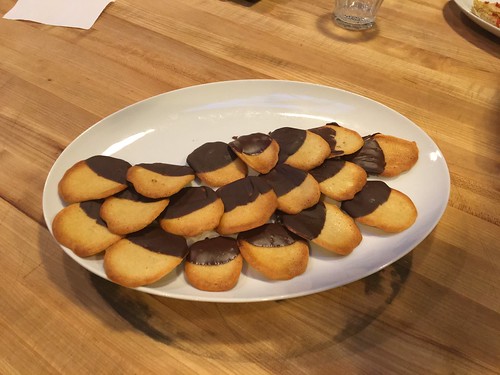 In the media-only class, Zee and his assistant showed how to make several childhood favorites, including Bacon and Egg Scramble (aka homemade bacon and leek quiche), Pizza Bagels (tomato, basil, and mozzarella flatbread), Pigs in a Blanket (filo-wrapped homemade sausages) and Chocolate Chip Cookies (mouthwatering Vahlrona chocolate tuilles). All were simple to make and, more importantly, delicious to eat! Along with the Easy-Bake treats, The Brooklyn Kitchen offered up some delectable goodies in the form of charcuterie, cheese, and seafood, along with selections of wine and beer. 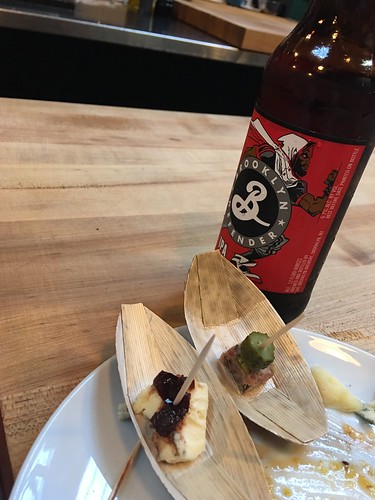 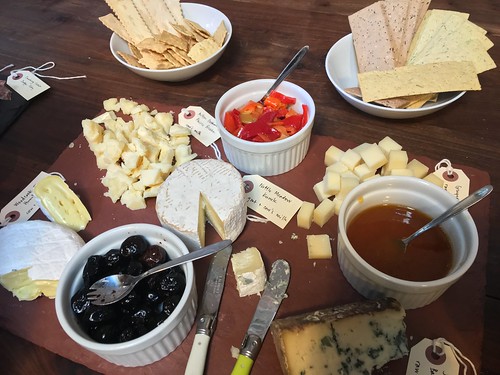 Being one of only a small handful of guys at the class, I highly recommend all the single lads out there to take a cooking class at The Brooklyn Kitchen. It’s literally a gold mine of beautiful women that you’ll be making your own dinner with. Oh, you’re already hitched? They have couples classes too. So much more fun than a night at the bar and hey, you’ll learn something too! There’s also a full store at The Brooklyn Kitchen full of really nice stuff that you probably won’t find in your average supermarket. Oh, and one of their newest classes is “Cooking with Cannabis.” Yes, really! 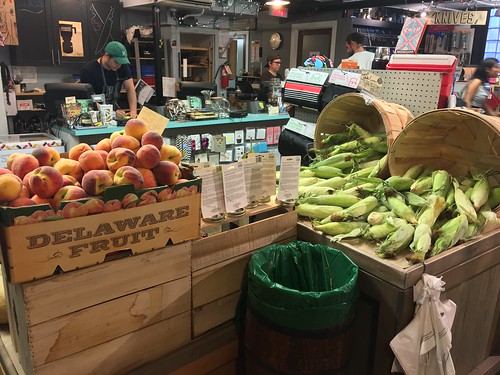 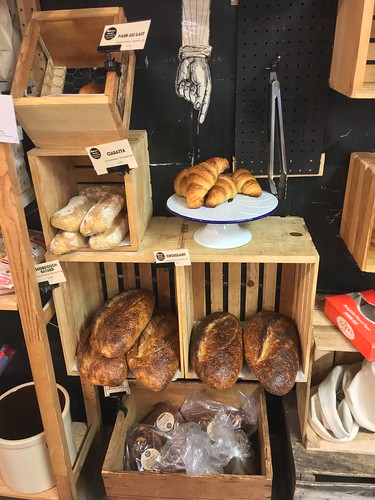