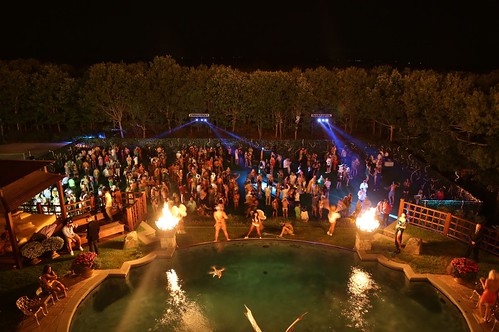 On Saturday August 20th, recording artist and philanthropist Sir Ivan hosted a sinful 60th birthday hens party melbourne for over 600 friends and fans (that’s me!). The “Adam & Eve in the Garden of Eden” shindig required guests to dust off their “fig leaves” (or body paint) and help Sir Ivan celebrate his 60th in sexy style. 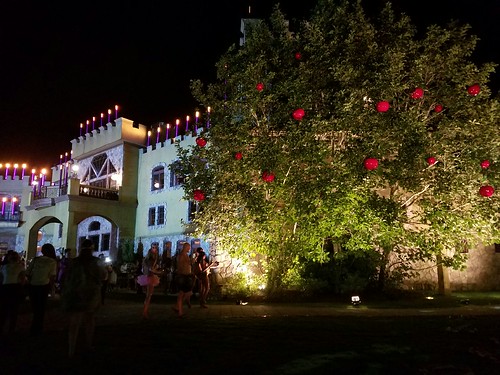 When invited to this Southampton’s house party – excuse me, CASTLE party – I didn’t have much to go off of other than the fact that Sir Ivan is a philanthropist, musically adept and has a sex dungeon (thanks, Thrillist!). So I did my best to channel my sorority days when themed parties were a regular occurrence and bought the appropriate “Adam and Eve” attire – leaves on leaves on leaves. 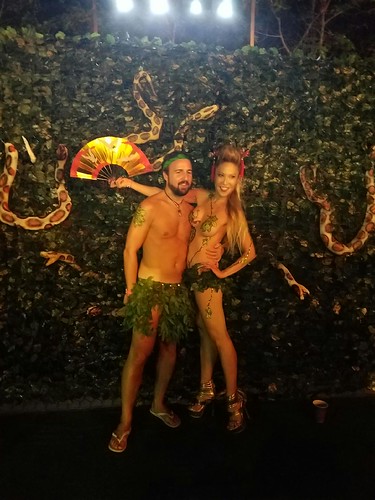 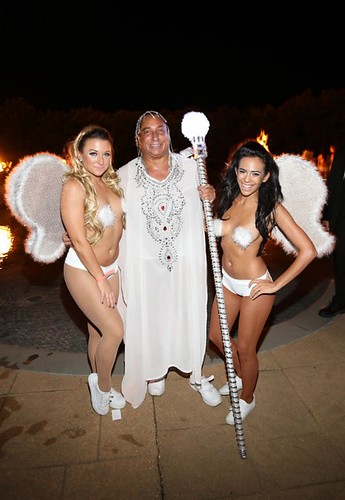 All guests checked into the party two miles down the road in a field, and were then bused from to the recording artist’s castle/home so to not disturb the neighbors with an abundance of vehicles (although I think the music and strobe lights may have been the real disturbance). After passing through the enormous castle gates, we had to follow a path of life-like snakes to a 50-foot Tree of Knowledge adorned with giant candy-red apples. Also in the front of a castle, right behind the moat, was a 10-foot sign promoting Sir Ivan’s new song, Imagine. We then arrived to the raised stone patio that looked down into a giant snake pit dance floor filled with 600 realistic looking reptiles (that I may or may not have tried to use as an additional prop.)

Smirnoff® Green Apple was appropriately the drink of choice while a mound of apple pies and red apples were there to fill everyone’s barely clothed stomachs. The first hour of the evening was spent wandering the grounds, sipping Smirnoff and taking in the scene that can only be described as visually stimulating (not sexually – mind out of gutter!). Since we arrived fashionably late, we missed seeing the interior, thought they didn’t allow guests to roam freely this year – perhaps too many people going through the aforementioned sex dungeon. There’s always next year though! During this time I also got the inside scoop from some of Sir Ivan’s friends and what I gathered was he is absolutely this eccentric in real life. 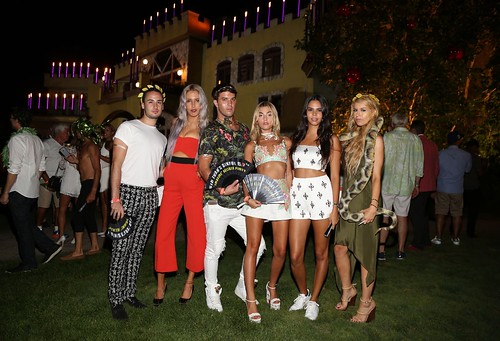 At 10pm, Sir Ivan finally emerged onto the Castle’s great hall balcony 100 feet in the air, playing the part of and dressed as the Almighty Party-God, King of the Universe, while all of us minions sang Happy Birthday. His 15,000 square-foot medieval-style Castle was lit like a 15,000 square-foot birthday cake complete with 60 six-foot LED candles lining the balcony roof.

Sir Ivan blew out his symbolic 61st candle for good luck and all of a sudden the 60 LED candles became flashing multi-color strobe lights. That’s when the real fun began, when Sir Ivan’s performance of John Lennon’s Imagine. For someone my Dad’s age this man had some moves and some balls to get up and perform his EDM song in front of 1,200 eyeballs! 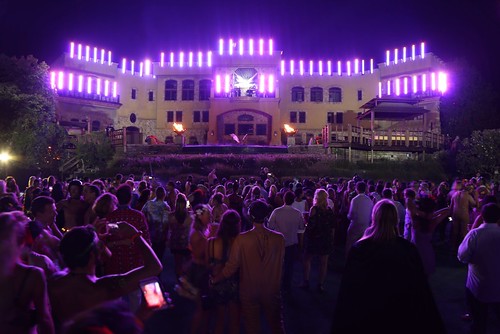 Just when we thought we had seen it all, Sir Ivan made his second grand entrance, this time into the snake pit. If you think he merely walked onto the dance floor, you are mistaken. Sir Ivan was carried by six muscular hunks while sitting on a giant throne on top of a giant white cloud. 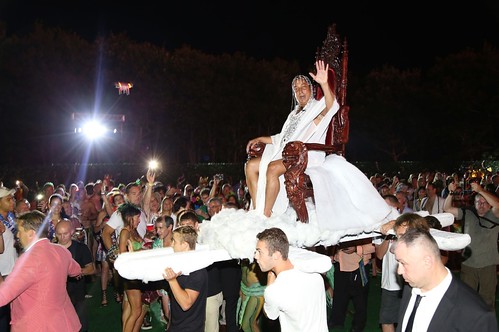 The rest of the evening was spent dancing, mingling and watching as Sir Ivan snapped pictures with his guests (making his “bodyguards” carry his scepter when it got in the way, of course.) As the party drew to a close, the remaining guests sat around the patio pool, some even lounging on the giant cabana. 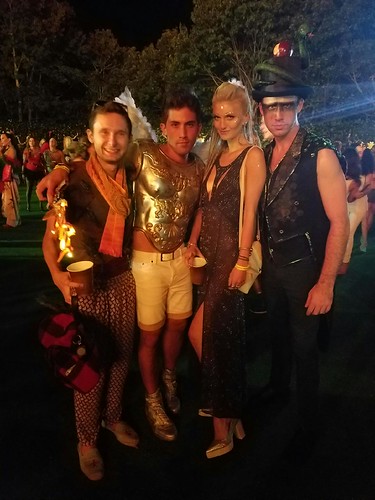 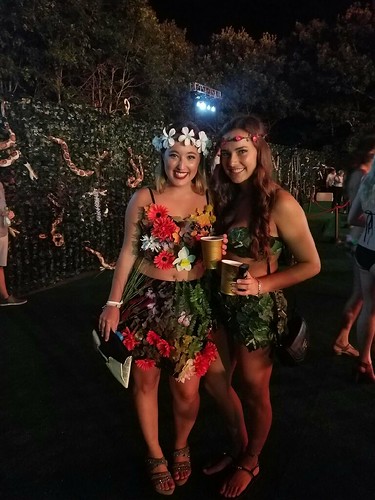 As my friend and I made our way to the gate to catch our (very expensive) Hampton cab back to our Airbnb, we could only shake our heads and ask “was that real life!?”

While throwing an over-the-top birthday and sharing with us his new electronic dance music (EDM) version of “Imagine” was important, helping others was also on the top of Sir Ivan’s agenda for the evening. During the event, Sir Ivan and the Peaceman Foundation donated a $10,000 check to the New York City Anti-Violence Project and a $10,000 check to the Hetrick-Martin Institute. Receiving the checks were “Orange Is The New Black” stars Barbara Rosenblat, Tamara Torres, Lynne Tomiko and Farrah Krenek. 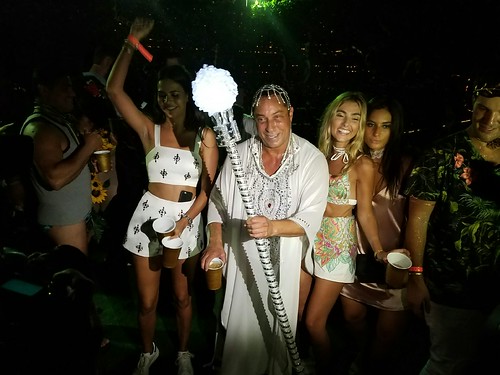 Sir Ivan and his Peaceman Foundation have donated over a quarter of a million dollars to numerous non-profit organizations that combat bullying including: It Gets Better Project; the Gay, Lesbian & Straight Educational Network (GLSEN); the Born This Way Foundation; Pacer’s National Bullying Prevention Center; Parents & Friends of Lesbians & Gays (PFLAG); Stomp Out Bullying; Campus Pride; Love is Louder / The Jed Foundation, the Anti–Defamation League and The Trevor Project.  Net profits from the sale of the single “Imagine” and his new album “Peaceman Shines” are being donated to help victims of Post-Traumatic Stress Disorder (PTSD). 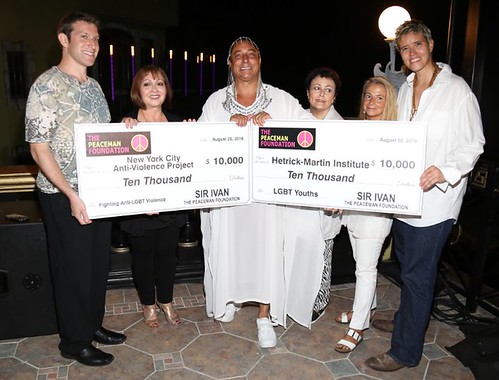 Be sure to check out “Imagine.” It is Top 10 in the world on three significant music charts. It is ranked #9 in Music Week in the UK, #9 in the DJ Times in the U.S and #1 on Serato’s White Label for achieving the greatest amount of DJ downloads during July.