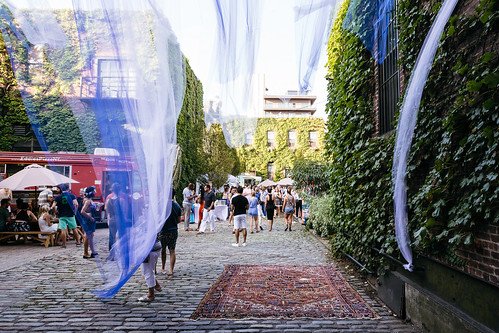 If you didn’t read my recent behind-the-scenes article on Secret Summer NYC, shame on you. Just kidding! Just click your mouse right here. 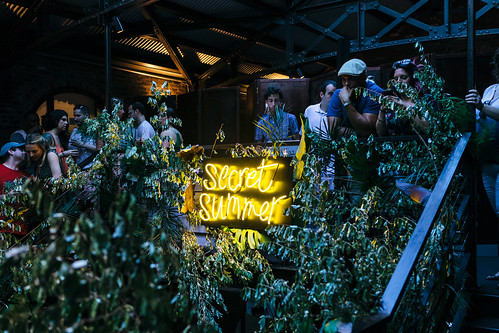 If you’re too lazy to do that then I’ll give you a quick overview: Secret Summer NYC is a collaboration between Highlife Productions, Rapt Affairs, and The Foundry. It was born from the collaboration of Tyler Hollinger and Andrew Maturana with the idea of the classic cocktail soiree mixed in with the magic of immersive theatre. It is NYC’s only farm-to-bar cocktail festival with an emphasis on urban farms like. 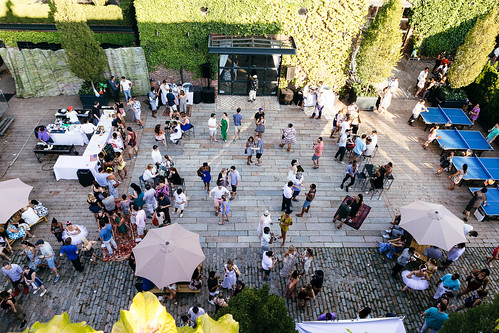 Beyond just being a forward-thinking and innovative event, Secret Summer NYC gave New Yorkers a brief respite from the craziness that is the Big Apple. The city is hot, sticky and crowded with a relentless influx of tourists in the summer months causing perpetual stress and the need to escape. Yet, you don’t always want that escape to have to be to a faraway land that empties your wallet. The Secret Summer NYC venue provides that reprieve without breaking the bank. As soon as you walk through the arched entryway, the invisible weight of the city is lifted and you are transported to another world. 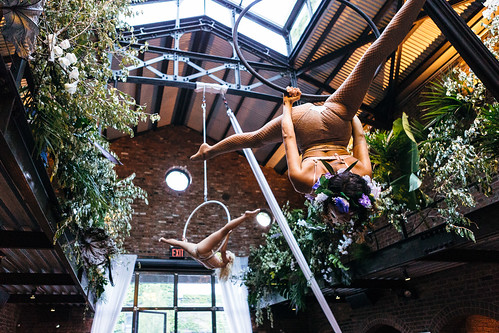 Once in the 19th century oasis, guests were invited to wander through the five-room maze of beverages, cuisine, interactive performances, greenery and other engaging adventures. Each room offered a signature libation and the culinary options were on the patio. The performances were sporadic and happened in different locations throughout the venue. Below are some of the most memorable: 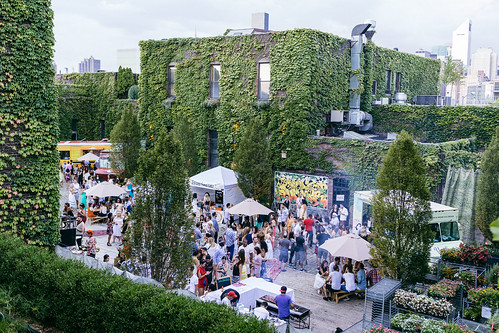 Van Leeuwen Classic and Vegan ice creams are made with just a handful of fresh ingredients. Each flavor is a celebration some of the world’s best artisan producers and farmers. The long line said it all, it’s the bees knees… or the cow’s milk! And according to my ice cream loving comrade who has tried her fair share of frozen goodness, they serve some of the best vegan ice cream around. 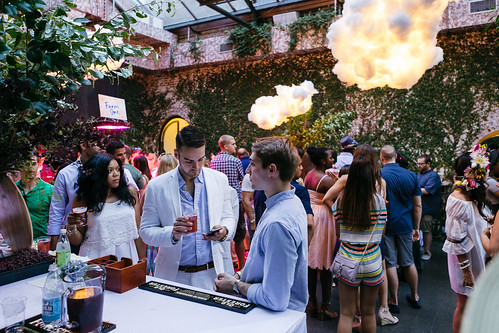 Big D (aka Dennis) is a native New Yorker born and raised with a big love of food. While growing up in the culinary mecca of Queens, his family gatherings always featured good food with bold flavors influenced by Guyana, the American South and China in the spotlight. His dream is to share his passion for food with everyone. And he is doing just that with his food truck. The tacos are dynamite and fulfilling. Nothing is worse than ordering a trio of tacos and getting more shell than filling. That’s not the case here! Be sure to taste test the Bulgogi, Spicy Pork and Ginger Chicken if you ever come across the big yellow truck.

Not to be morbid, but my last meal would be pizza. And even though I’m on a diet, I think it’s alright to take new pizza out for a test drive when given the opportunity. Eddie’s pizza was well worth the indulgence. And it was thin crust so I’m sure there was practically no calories involved in my tryst. 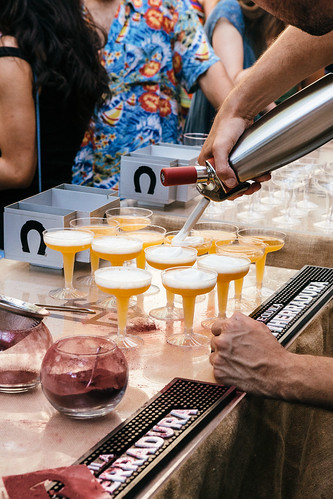 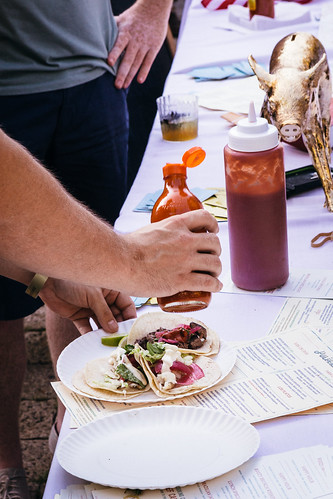 Finlandia Vodka was the star of the The Beenik. The refreshing beverage mixed the Finnish with Market Beetroot, Allspice Falernum & Fresh Lemon and a Farm.One Red-Veined Sorrel. Not only was it delicious, but it’s on the healthier side! 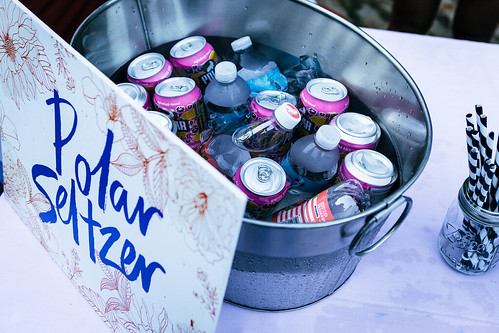 This cider was first created in 1996 with the purest spring water from Vimmerby, Sweden, where it is still brewed today. This should be on your summertime favorite list and can be served cold over ice or consumed right from the can (aka classy or right to the point). 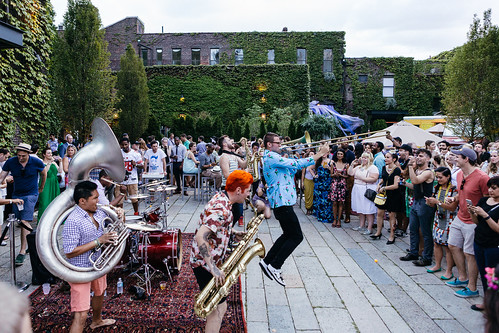 Farm.One is a unique indoor farm in Manhattan that uses technology to bring flavor & rarity to the mouths of New Yorkers. In April 2016 inside the Institute of Culinary Education in downtown Manhattan, they built their first unique farm. Over 150 crop varieties have been grown there to date, with rave reviews from chefs and mixologists. They are now sold to chefs in NYC. Farm.One brought their blossoming creations to Secret Summer NYC where guests were able to learn more about the program, snap beautiful pictures and garnish their beverages with the perfect greens.

Ping Pong aka Table Tennis is an Olympic sport. And many of the Secret Summer goers were taking their bout with Spin Ping Pong as if they were prepping for Rio. Balls were flying everywhere and the tables were packed every time I braved walking by the games. 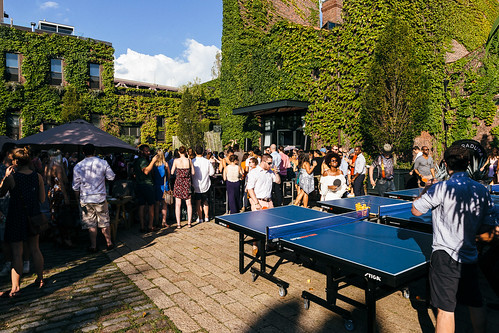 The music performance that drew me in the most was that of Coyote & Crow. They were perfectly placed right past the entrance, mesmerizing guests with their “old-time, rock’n’soul” sound. After a few drinks I was seriously contemplating running out and buying my own homemade banjo and asking them to become a trio.

A favorite that returned from last year was Magician Vinny DePonto. I really don’t know what to believe when it comes to magic but Vinny is good. And good looking. I flipped the table on him and tried to work my inner magic by guessing the number he wrote down on his little white index card. And I shit you not, 37, the number I guessed by “reading his mind” was written down in his scribbled handwriting. Mind = blown. Needless to say he’d be a great wedding date with his good looks and crowd pleasing tricks. 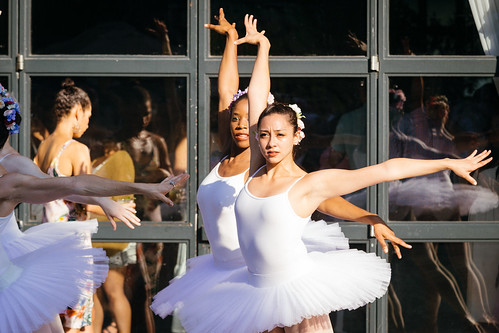 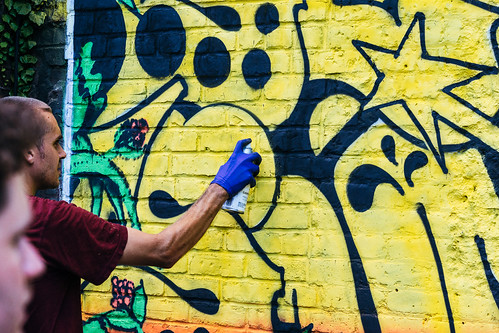 Shout out to the Breton Ballerinas as well. It was hot AF that day and they were hitting their marks meticulously and elegantly throughout the event. I was Schvitzing just from standing there watching.