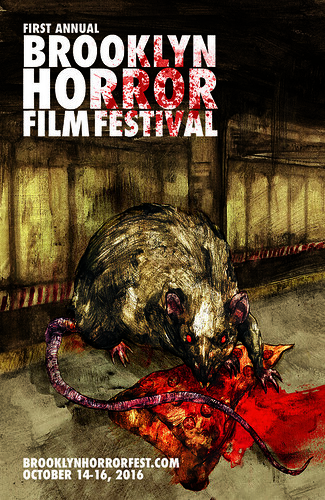 What’s your favorite holiday? When I was just a tot obviously it was Christmas.  Gifts, gifts and more gifts! Jesus who?  Some of you prefer Thanksgiving because it’s a bit less stressful and I agree, unless of course I’m cooking.

But now that I’m an adult (at least by age) my favorite holiday is Halloween. How could it not be? It’s the one time of the year to let your freak flag fly, whatever it my be. And oh, the October movies.

If you’re a horror buff like me then this is your month. So what could be better than going this weekend to the First Annual Brooklyn Horror Film Festival?!  Yep, this weekend come out to BK to see some ultra-creepy n’krazi Horror flicks, but also Sci-Fi, Comedy, Fantastic, Documentary, Weird Dramas and more.

In addition to screenings they’ll have parties, Q&As with filmmakers, panels, events, food & drinks and more. The directors of the BHFF are committed to celebrating the art of horror filmmaking and you can expect a lot more than just a standard regional film festival.

Come out and let your freak fly with us!