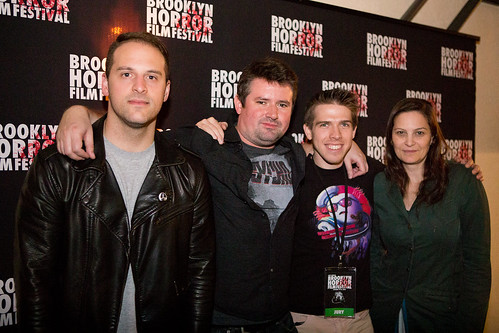 What does October mean to you? If it means it’s time to sharpen your knives to start carving things then you’re like me. My kitchen is ready and waiting. But before I start working on this years masterpiece I had the opportunity to attend the 1st Annual Brooklyn Horror Film Festival. What a gruesome rockin’ time I had. 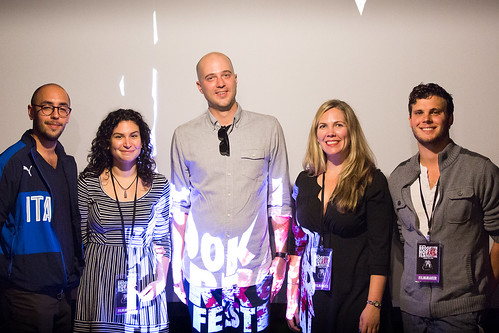 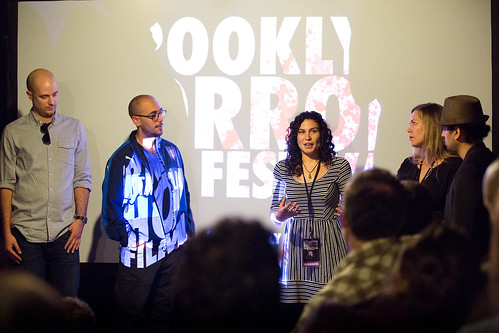 The festival included film submissions in several genres including but not limited to Horror, Sci-Fi, Comedy, Fantastic, Documentary and Weird Dramas – basically if the film is fun they wanna see it. In addition to their screamings they have parties, Q&As with filmmakers, panels, events, food, drinks, and more. The events were held at several venues in Brooklyn including The Wythe Hotel, Syndicated Theater, Videology, Muriel Schulman Theater at Triskelion Arts, Spectacle Theater, Catland Books and Throne Watches. 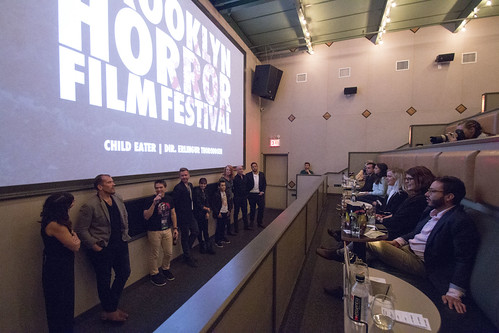 The directors of the BHFF are committed to celebrating the art of horror filmmaking. A total of 11 countries were represented in the diverse line-up of 26 shorts and 14 features. “Horror is in a really exciting place right now, with genre lines being blurred and indie filmmakers from all around the world taking big creative risks, and our lineup tried to capture as wide a range of that as possible,” says head programmer Matt Barone.

I thoroughly enjoyed every film I saw, but my favorite was most definitely PSYCHOTIC!, an original bloody psychedelic slasher set in Bushwick: “As if paying their ridiculous $1,400-a-month rent in Bushwick wasn’t bad enough, struggling artists Tim and Stuart can’t even enjoy the Brooklyn party scene without stumbling across mutilated bodies and a homicidal maniac’s reign of terror. The hardest fact of all to accept, though, is that the maniac is most likely one of their friends.” It’s a clever and fun and really written well. Definitely a must for any serious slasher fan. 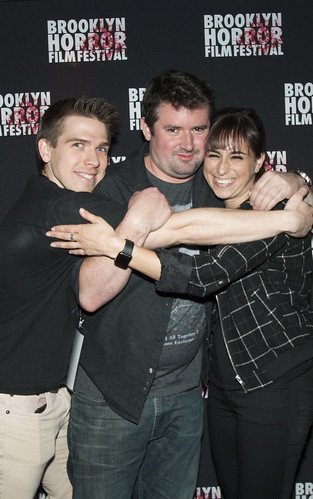 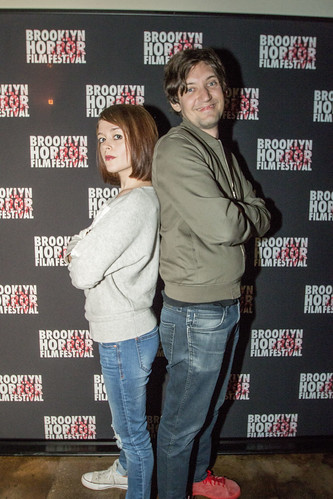 The Storytelling Competition was also pretty wild. Held in the backyard of Catland Books, Brooklyn’s finest occult bookstore, each storyteller had 10 minutes to share a ghoulish tale for the audience. The best storyteller won two tickets to a haunted Brooklyn walking tour complimentary of Boroughs of the Dead. I’ll definitely be returning to this hip new horror festival next year unless I meet the Bushwick Party Killer first. 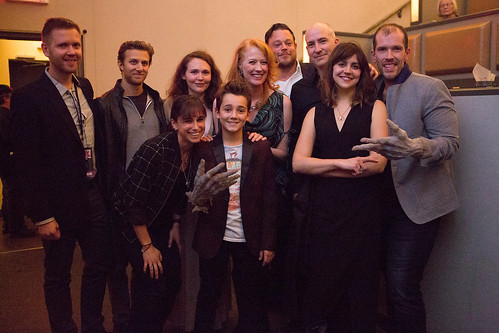 The Brooklyn Horror Film Festival is excited to announce the winners for our first edition, chosen by our esteemed jurors and through audience votes. 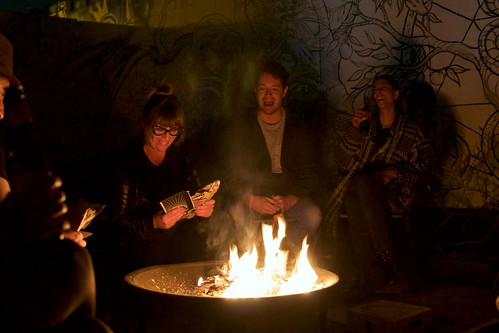 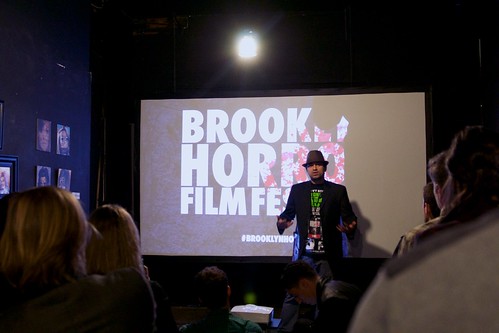 The festival would like to it’s main sponsors, including Coney Island Brewery, Horror Pack, El Buho Mezcal, Syndicated, QuickFrame, Brooklyn Fireproof Stages and Throne Watches. Additional sponsorship thanks goes to Uber, Bruce Cost Ginger Ale, Brooklyn Bean Roastery, Essentia and Skinny Pop. Additional thanks goes out to their supporting sponsors Screencraft, Boroughs of the Dead, Hattan Media, The Kings Of Karaoke and Salty Road. Special thanks to their media partners We Got This Covered and Bloody Disgusting as well as to friends of the festival BK Horror Club and Brooklyn Music Festival.