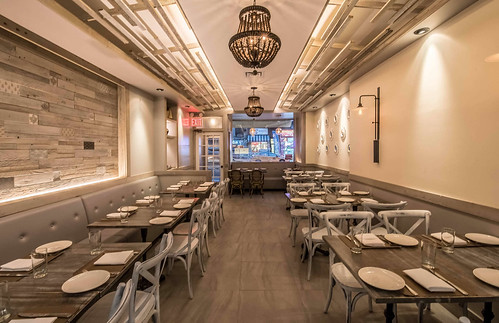 I love Indian food. It’s one of my favorite cuisines. My girlfriend and I are regulars over in “Curry Hill” on Manhattan’s trendy east side, so when we found out about the recent opening of Sahib we had to check it out.

Sahib is the newest venture from twice Michelin-starred chef, restaurateur and tandoor master Hemant Mathur, who received his stars for Devi in 2007, the first Indian restaurant in the United States to receive a Michelin star, and Tulsi in 2010.  I didn’t have a chance to meet him in person, but General Manager Min Bhujel helped guide us through their diverse North Indian menu. 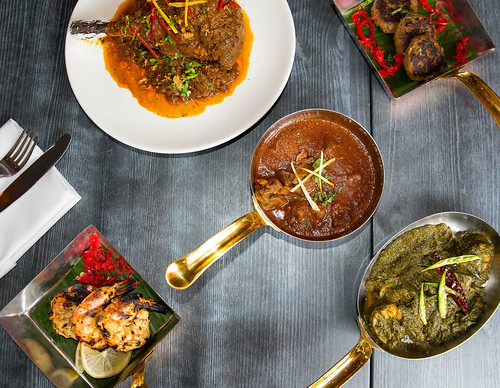 Bhujel informed us that the main difference, among others, between North Indian and South Indian cuisine is that the North uses a lot of yogurt, cream, and is typically non-vegetarian while South Indian food is vegetarian and uses more coconut. South Indians tend to eat more rice or rice-based items with their meals and North Indian prefer breads like naan, chapati and paratha. But enough of the history lesson, let’s get on with our meal. 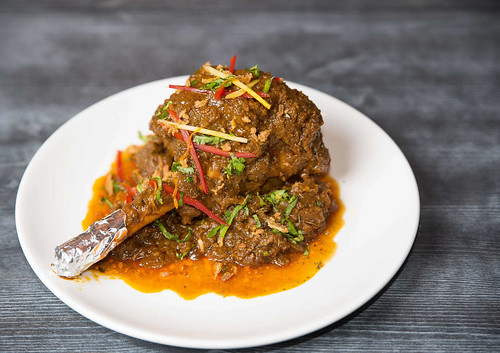 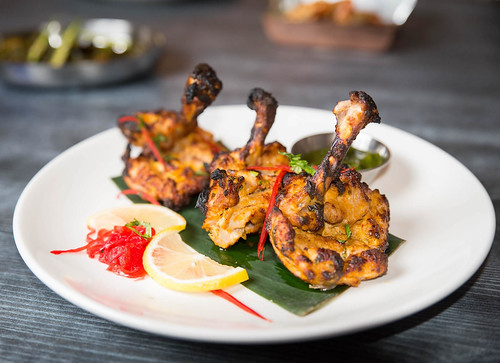 We began with the Murgh Chop (roasted chicken thighs in creamy marinade and malt vinegar), Paneer KeSooley (tandoor-style smoked paneer cheese), and Gilafi Reshmi (minced chicken rolls in cheese with jalapeño peppers).  All three were delicious, but the Reshmi stole the show. 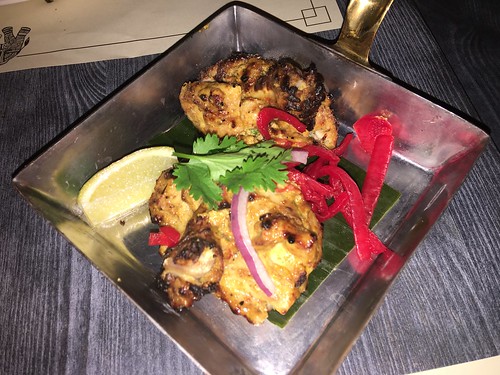 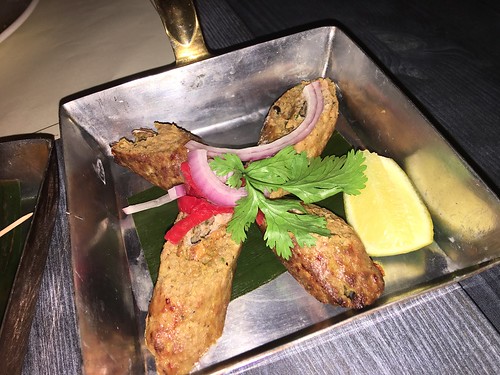 We followed this with their Rogan Josh (Kashmir style lamb curry with yogurt and saffron) and my favorite Indian dish, Paneer Mutter (green peas and cheese in a creamy tomato sauce). One does a disservice to Indian cuisine if a warm homemade bread isn’t eaten alongside so we had two orders of naan: one made with sweet potatoes and the other with garlic. Both very flavorful and a must for accompanying your meal. 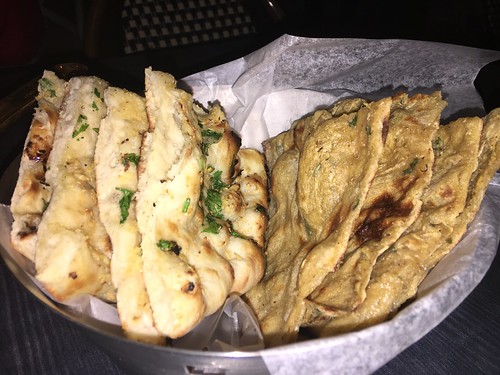 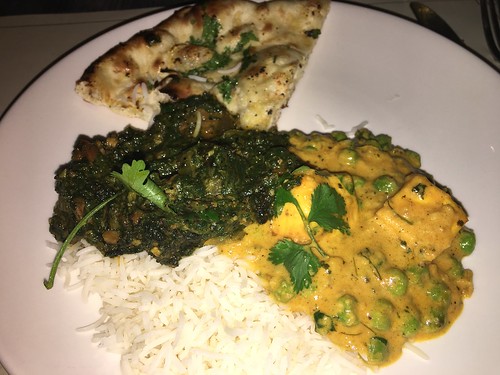 Nearly stuffed we ordered a traditional mango lassi as well as a sweet lassi to help us cool down a bit. I liked the mango a bit better, as the sweet lassi was a bit too sweet for my palate. 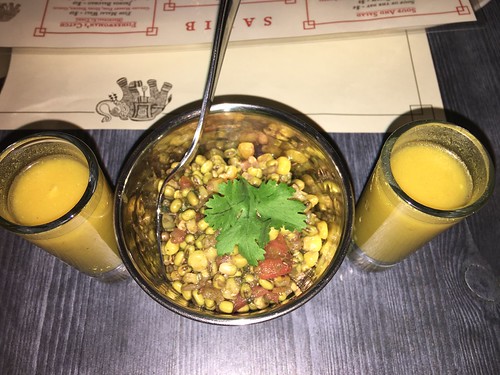 Before we left, Bhujel said we had to try the Saag Kalimirch Gosht, which he said Sahib is known for. I admit we were a bit hesitant as we were full, but I’m so glad we did as this plate was excellent! The spiced lamb chunks in spinach with black peppercorns is an all-star dish. What a great way to end such an excellent meal! 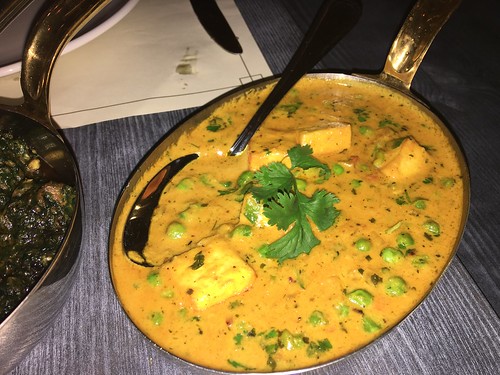 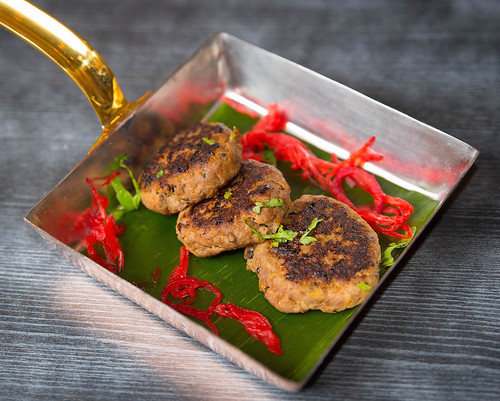 Photos via Sahib and by Socially Superlative