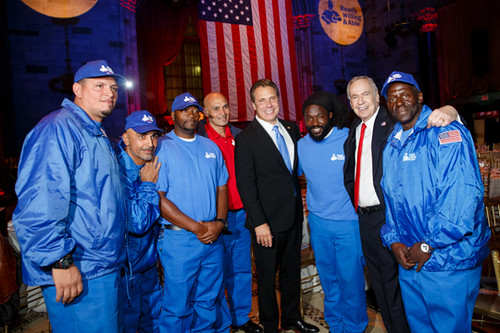 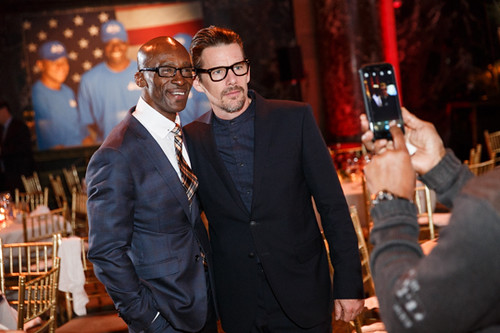 Proceeds from the Gala will benefit The Doe Fund’s Ready, Willing & Able transitional work program. For twenty-six years, the program has helped transition more than 22,000 formerly incarcerated and homeless men back to their families and communities as contributing members of society. This year’s event also celebrated the upcoming conversion of The Doe Fund’s Bushwick, Brooklyn facility into the nation’s largest residential reentry program for men released from incarceration. 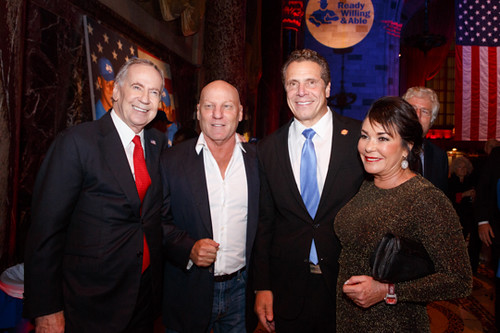 Arthur Brooks, President of the American Enterprise Institute , was the evening’s honoree. Mr. Brooks spoke of his belief in the pow er of Ready, Willing & Able, telling the audience that they are “giving America a gift” by supporting the program.

George McDonald, Founder and President of The Doe Fund , said, “The best of our country is here, in our program . They are Ready, Willing & Able. And the people who have made that possible–the stewards of some of our most essential American values–are in this room tonight.”

A highlight of the evening was speeches by two graduates of the Ready, Willing & Able program, Michael Trent and Angel Lopez, who reflected on their hard-won journeys from incarceration to returning to their families, their communities, and the workforce. 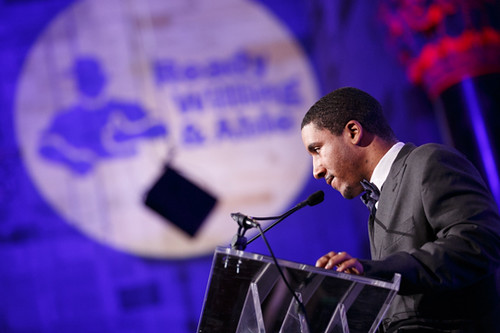 Michael Trent, who is now a Doe Fund employee, said, “What happens every day at The Doe Fund is a miracle. To the people we serve, this program is pure hope. It’s opportunity. It’s the chance to rebuild your life into something you can stand on for yourself and for your family. I am the father my children need, and the son my mother deserves. I became this man because of The Doe Fund and because people like you support it.”

For Angel Lopez , Ready, Willing & Able provided a pathway out of a life of crime, incarceration, and desperation. Thinking back to when he began the program, Mr. Lopez noted, “The first couple of months in the program were hard. Harder than I thought. But I thought if I could stay humble, then I wouldn’t crumble–that’s what kept me going. And now I know that my story has only just begun.“

Guests enjoyed a dinner prepared with assistance from The Doe Fund’s Executive Chef, Kronna Williams. After his release from incarceration, Mr. Williams joined The Doe Fund’s Ready, Willing & Able transitional work program where he perfected his culinary skills. He now leads a team of culinary trainees who prepare hundreds of thousands of meals each year for The Doe Fund’s residential facilities. 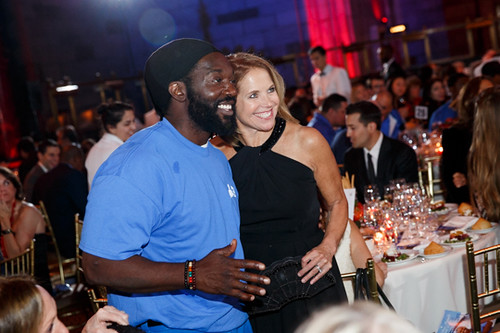 Founded in 1985 by homeless advocate George T. McDonald, The Doe Fund provides life-transforming services, supportive and transitional housing, and economic opportunity for formerly incarcerated and homeless men. Through its pioneering work in social enterprise, including the acclaimed Ready, Willing & Able program, The Doe Fund reduces recidivism, improves the quality of life in city neighborhoods, and fosters permanent economic independence among its clients. Known throughout the city by their distinctive blue uniforms, The “men in blue” of The Doe Fund’s Ready, Willing & Able program clean more than 170 miles of New York City streets and sidewalks as part of a year-long program of recovery, personal and professional development, and economic
advancement.

Via The Doe Fund