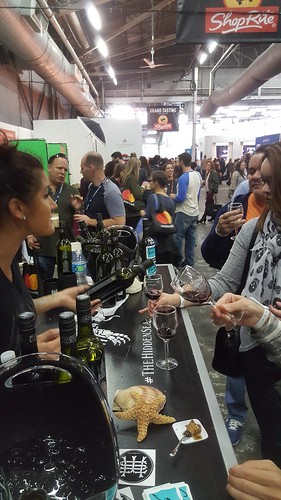 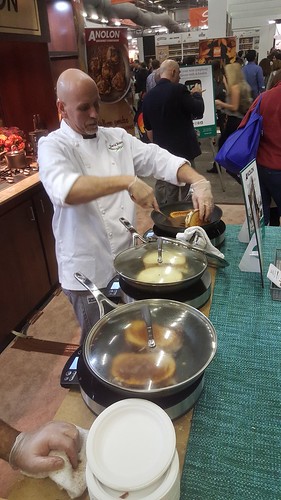 My husband and I attended the Grand Tasting at the 2016 New York City Wine & Food Festival. Taking place at Pier 94 along the Hudson River, it definitely was a “130,000-Square-Foot Culinary Wonderland.”

Starting off light with, among others, some truffle popcorn by Sabatino Tartufi and Korean seaweed-rice snacks such as Hai-wo-da-mi this started a good base in our stomach for what was to come. 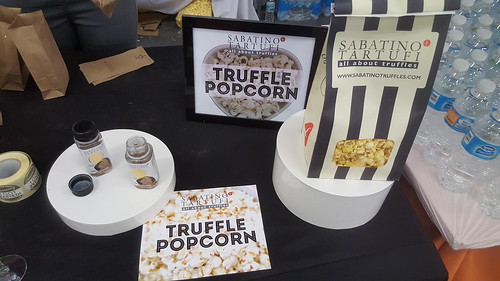 After a stop off in the Cooking Channel Bar and Lounge for some cocktails – the Autumn Breeze was a stand-out with Plymouth Gin, triple sec, pineapple, apricot brandy, bitters and lemon – we hit a booth that was specializing in Korean foods and, more specifically,  the fermentation of certain ingredients.

Featuring the foods from three restaurants, we totally got the hookup from Seolbin Park, Korean Cultural Ambassador at Chefs Society with a gorgeous edible spread of Korean cuisine created by the head chefs of Dons Bogam, Jongro BBQ and Soju Haus. This was definitely some of the best tasting and creative food at the entire event and has newly peaked our interest in Korean food. 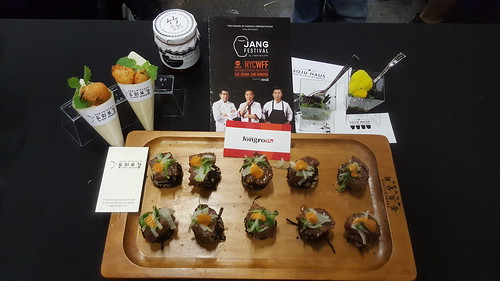 To help wash down some of this food we stopped off at The Hidden Sea for some Australian white and red wines as well as trying a fresh and delicious cucumber cocktail made with Pearl Vodka. We enjoyed the light and refreshing cocktail. 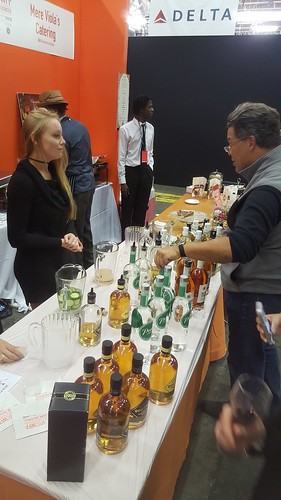 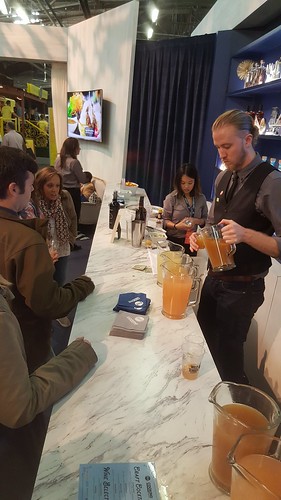 So many vendors, mom-and-pop businesses, restaurants and even supermarkets had booths offerings tastes of a variety of food and drink with a few stand-outs.  The octopus from Marseille, was perfectly cooked and the chicken sliders, nick-named Damnwich’s, from Jersey’s own Damn Good Chicken were heavenly.

Since my husband and I both have sweet tooths we couldn’t avoid some of the dessert-heavy booths and have to let you know about some delightful mouthgasms. The butter cakes from Gooey and Company definitely lived up to their namesake, no matter which of their 5+ flavors we tried, though we did argue on whether Caramelized Banana or Dark Chocolate was the best.  To close out the night we paired some delicious cannolis with a sweet Sparkling Moscato from Roscato. The perfect end to a filling day. 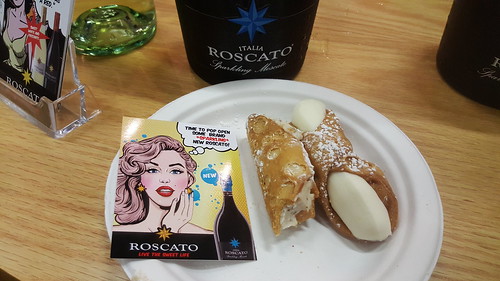 Such a huge venue, I think we walked off the calories we just ate and drank… well, maybe not.