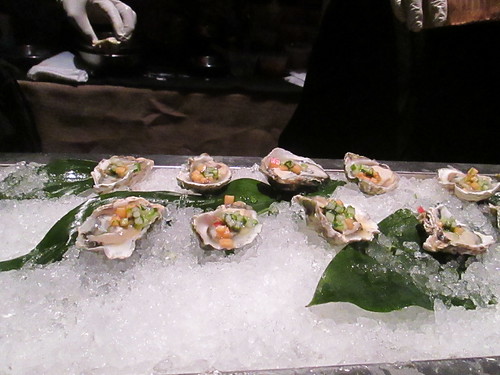 On one of the colder days in October, Thrillist continued their yearly shucking tradition at Villain in Williamsburg. Tables bordered the venue representing restaurants and stations featuring oysters from different areas. Bars on both levels of the space served Blue Point Brewery beers and the Blue Point Brewery team was even on site to give out swag. 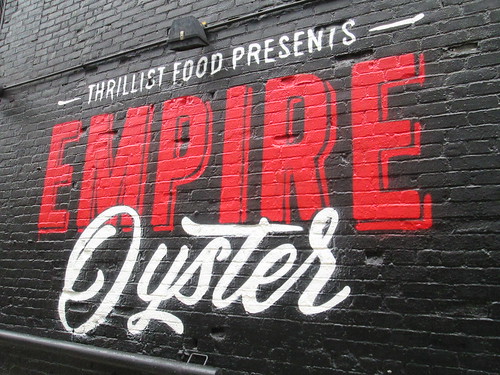 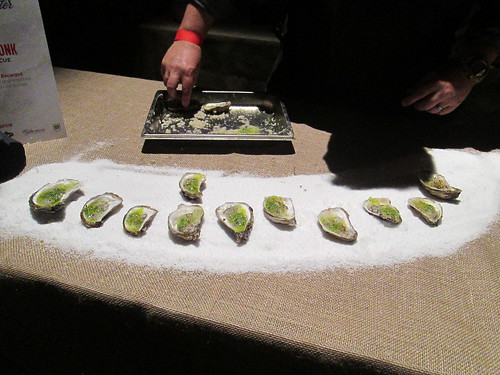 String lights and boat accents helped add to the ambiance of the event. There was a station where you could try to shuck an oyster yourself, and in the back of the space, artist James Zdaniewski painted a mural inspired by the mollusks. 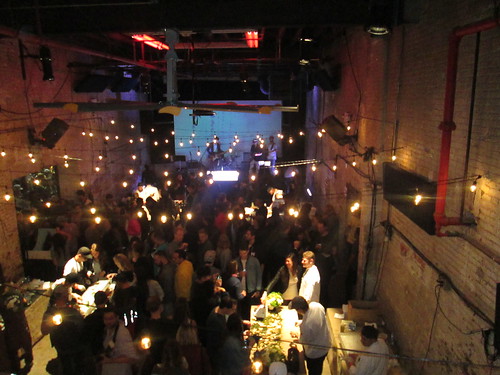 The entertainment for the day, Main Sail, actually came to fruition because of the event! Their sets consisted of throwback jams that you couldn’t help but sing-a-long to, complete with the band rocking captain hats. 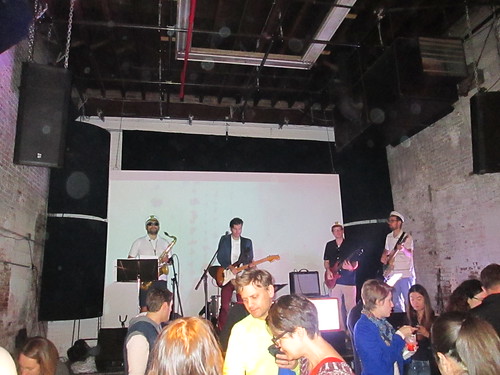 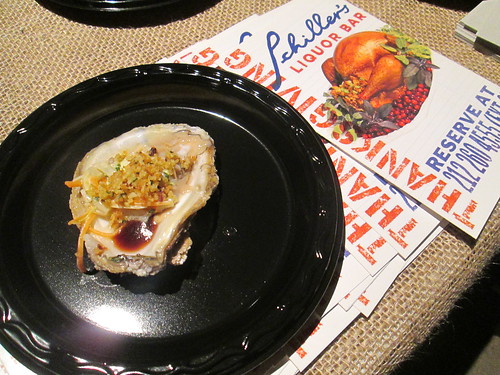 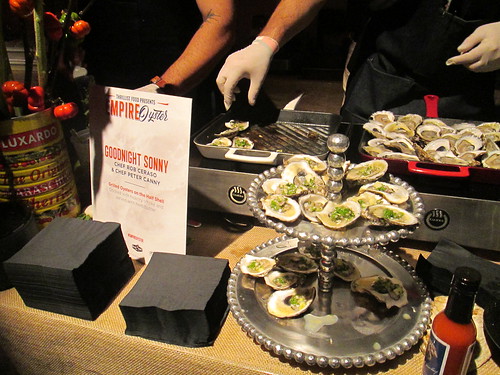 Our second favorite dish of the day was the Crispy Oyster Taco from L&W Oyster Co. They were also responsible for our favorite sign of the day, “I want to shuck you like an animal”! 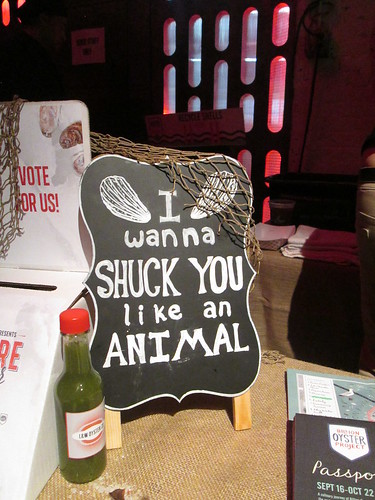 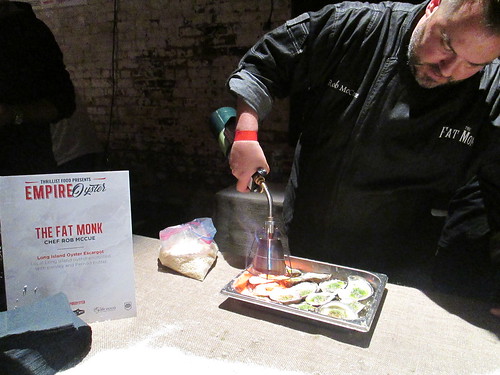 Seabird, rightfully so, won the most votes of the day with their Oyster Pancake with fried oyster, pickled coleslaw, tarter sauce and squid ink sauce. The restaurant was able to create the perfect oyster bite that managed to be savory and sweet, crispy and soft, tangy and acidic all at the same time because of the combination of flavors. 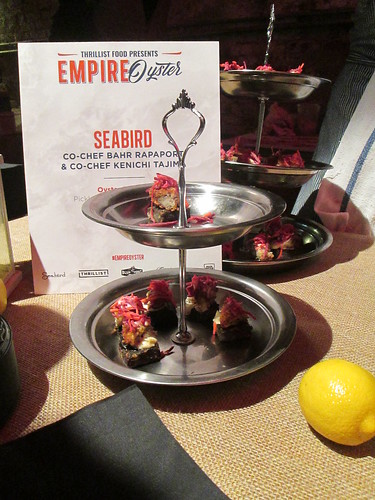 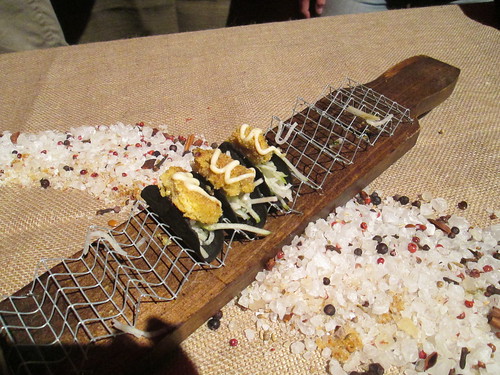 Not only was this a delicious event, but all the buckets of recycled oyster shells were being reused by the Billion Oyster Project, a non profit that is dedicated to restoring New York’s Harbors.

We can’t wait to see what venue and oyster-specific dishes pop up next year!