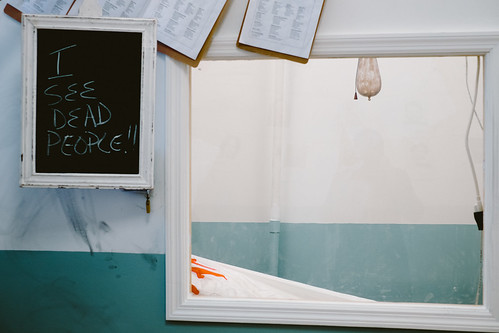 What would you do if you were locked in a room with eight of your co-workers and had to figure a way to escape within 60 minutes? Would you work together or as a team or start yelling at each another, bringing up old baggage like who stole your Snapple from the lunchroom refrigerator last week? You can find out by bringing your crew to experience Hoodwinked Escape, an escape room game in Harlem.

What exactly is an “escape room”? A relatively new craze, escape rooms are physical adventure games where players are locked in a room and must use elements of the room to solve a series of puzzles and escape within a set time limit. Games are set in a variety of fictional locations, such as prison cells, dungeons and space stations, and are popular as team building exercises. 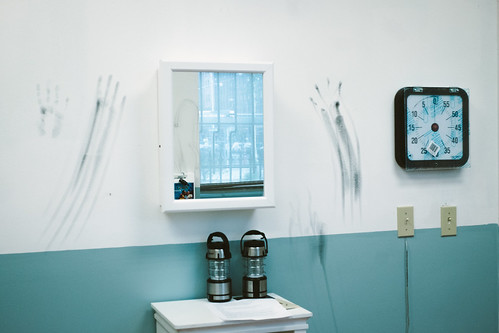 Last week a group of my crazy friends from NYC GRINDHOUSE and I decided to try escaping from Hoodwinked’s Asylum.  In the room you are trapped in an abandoned morgue with a group of serial killers. Your mission is to find out which one killed John Doe. You only have an hour to figure it out or you’ll be HOODWINKED!

Founded by Michele Ware in 2015, Hoodwinked Escape has four rooms to choose your adventure from. In the Hangover Room you are back in college and the life of the party but are in some serious trouble. You threw the party of the century and someone stole your most valuable possession — the school mascot statue! Can you find it before the college dean arrives and catches on?  Enter the Military Mission Room where you’ll receive operation orders that must be flawlessly followed in order to find and rescue your missing comrade.  If you chose the Spirit of Harlem Room you must find Harlem’s stolen Crown Jewels of the past that make Harlem a Mecca of Soul. 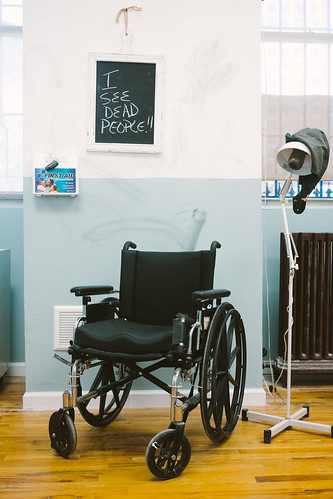 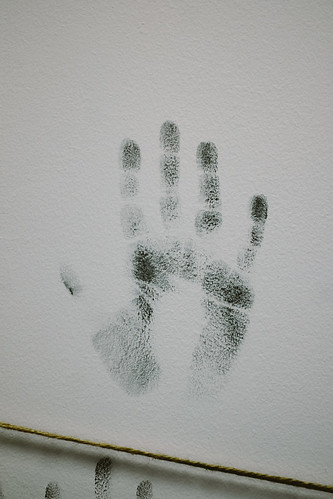 “You cannot really escape unless you collaborate with each other,” says Michele. She experienced her first escape room in November 2014 while working in corporate finance as the Head of Accounting for the World Economic Forum USA where she had to find team building activities for her co-workers. She liked the concept so much she left her job in corporate America to start Hoodwinked full-time. She worked with a European “escape consultant” who helped her develop the clues and themes for each of Hoodwinked’s rooms, where cluefinders need to use their wit and intellect for critical problem-solving skills in order to solve mysterious puzzles and clues to escape.

The clues are designed to be difficult to solve but not impossible, and each group get five hints they can call in during their hour via the 2-way radio provided in each room that connects them with their gamemaster. Oh, and if you were thinking of trying to cheat using your cell phone like you do at the bar during trivia night think again as you aren’t allowed to bring in your phone or anything else with you electronic or otherwise. They have free lockers for you to put your stuff in.

Michelle and her staff view everything that goes on in the rooms from their control room and give out up to 5 clues as requested by players during their game. Hint: when you get stuck, and you will, don’t let your pride get in the way of asking for a clue, as if you don’t time will run out and you’ll get HOODWINKED! 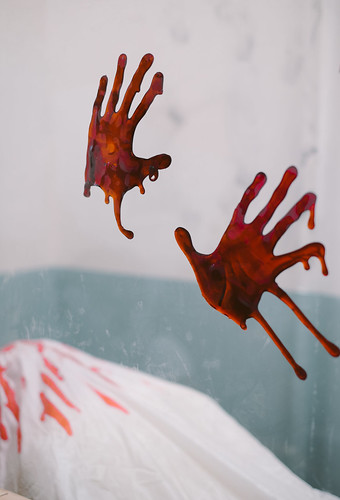 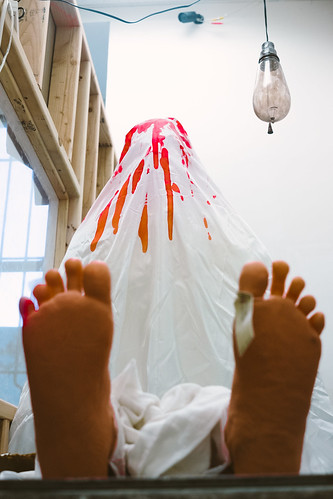 Getting back to my raggedy band of GRINDHOUSE misfits, we were able to escape Hoodwinked’s Asylum with less than 5 minutes to spare. Talk about close! Don’t try asking me how we did it though as that secrets as safe with me.

For businesses hosting team-building events a psychologist even sits in and watches to find out how people work together to solve the puzzles. How cool is that?! It’s great fun for just about any group no matter how good or bad it’s dynamics might be. You don’t even need a group to play though as you can just buy a single ticket for a available time slot and then you’ll be placed in with complete strangers and you’ll have to all work together. My small group was only five so we were paired with another couple and we had a lot of fun with them. In fact, without their help (well, really her help), we wouldn’t have escaped. Up to ten people may play at a time so if your group is smaller like ours you might be put with other players, or you can just pay for the extra spots to have the room just for your own group.

Based on trail runs, less than 30 percent of the groups escape within the hour time limit. Those who escape Hoodwinked rooms receive a discount toward their next adventure too.

For more info on escape rooms in general, click here and check out this video!