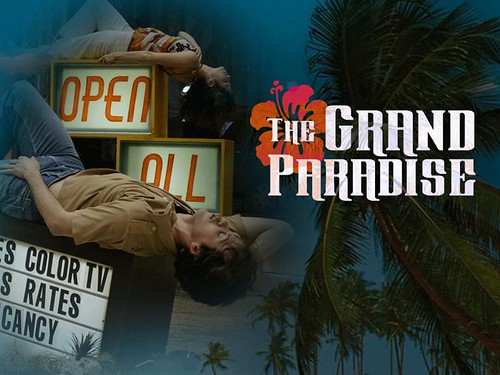 Every New Yorker worth their rent has seen a Broadway show. From classics like Phantom and Chicago, to creative new shows like School of Rock and my personal favorite, Something Rotten!, there’s a lot to see. But all Broadway (and most Off-Broadway) shows share one thing in common: that commonality is the ‘fourth wall’. 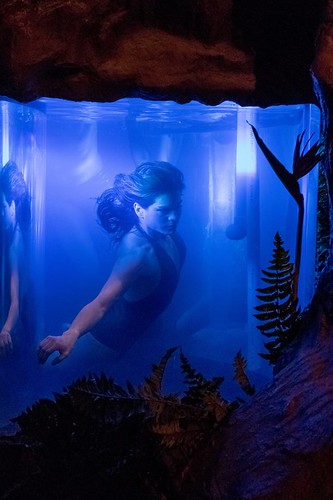 One excellent piece of immersive experiential theater is The Grand Paradise by Third Rail Projects, creators of Then She Fell:

“Set in those hazy and culturally liminal years of the late 1970s becoming the 1980s, The Grand Paradise is a tropical resort that purports to be the home of the original, genuine Fountain of Youth whose waters promise to quench our deepest longings. Greeted with a tropical drink, a garland of flowers, and an overly-cheerful activities director, visitors encounter the resort’s resident population; characters who embody the era’s shifting and blurring values — a rogue’s gallery of eccentrics, hustlers, eternal youths, gods, monsters, disco queens, and con men. Guests are invited to explore the resort and beaches, watch a floorshow, follow performers into one-on-one encounters, and trade their faded ideals for shiny new illusions.” 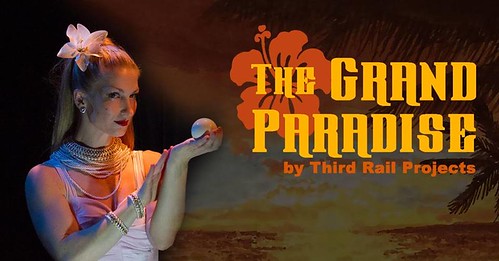 My girlfriend and I went in together to The Grand Paradise but we got lost amid all that was going on. We were split up but managed to find each other again during the two-hour adventure. Take Fantasy Island and fill it with guests from The Love Boat and you’ll start to get a feel for this 1970s decadent pleasure palace. 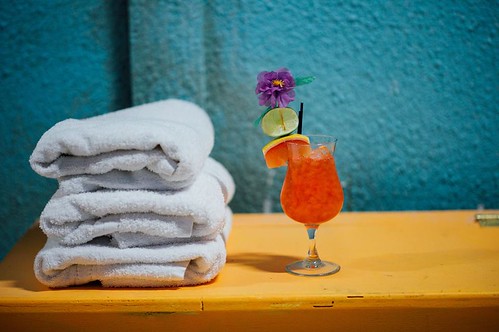 The 20+ trippy performers who help guide you through the experience are all sexy and sensual and all have their own unique individual stories to share.  Don’t be shy when someone takes your hand and leads you away to a hidden room to explore what lies within. Make sure to visit the  Shipwreck Lounge during the show for a delicious cocktail and maybe you’ll get lucky!

We thoroughly enjoyed our dreamy escape to Paradise and hope to return again soon. To see a short video about The Grand Paradise, please visit here! 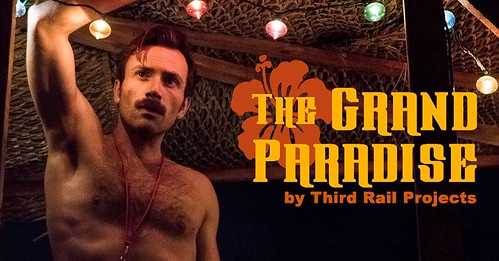 Hailed as one of the foremost companies creating site-specific, immersive and experiential dance theater, Third Rail Projects, led by Artistic Directors Zach Morris, Tom Pearson, and Jennine Willett, is dedicated to re-envisioning ways in which audiences engage with contemporary performance. They have made work in New York, nationally, and abroad for over 15 years. Their award-winning immersive hit Then She Fell, was named as one of the “Top Ten Shows of 2012” by Ben Brantley of The New York Times, and acclaimed as one of the best theater experiences of 2013 by Vogue magazine. The company continues Then She Fell alongside its current immersive hit The Grand Paradise which opened in February 2016. Meanwhile, the artistic directors and company work nationally on new immersive and site-specific projects and internationally through the newly launched Global Performance Studio (GPS), which combines Third Rail’s creative and educational offerings through a program of cultural listening and exchange. Third Rail Projects has been the recipient of several prestigious awards, including two New York Dance and Performance (Bessie) Awards for Then She Fell (2013) and Vanishing Point (2008). Third Rail’s artistic directors were also recently named among the 100 most influential people in Brooklyn Culture by Brooklyn Magazine.

Fundamental to Third Rail Projects is the notion of re-imagining contexts for presenting contemporary work, as exemplified by a history of creating work sought after by both avid dance and theater goers as well as underserved populations and those seeking unique experiences. Collaboration is integral to all of Third Rail Projects’ endeavors, both in the creative process as well as the intersection with each new site, community, and cultural landscape in which they work. This manifests in numerous points of inquiry and programmatic objectives that foster artistic exchange and shared practice across unique communities.

Photos via The Grand Paradise