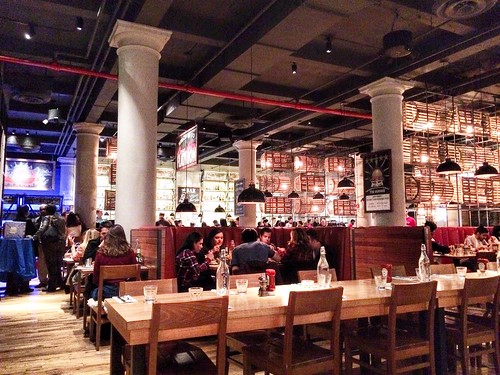 Burger and Lobster made their way from London to New York City early last year, and it wasn’t long before it took over everyone’s Instagram feeds. Business continues to bustle, and now keeping up with customer requests, they introduced a new, expanded menu that launched earlier this fall. We stopped by to give our verdict on some of the new featured dishes. 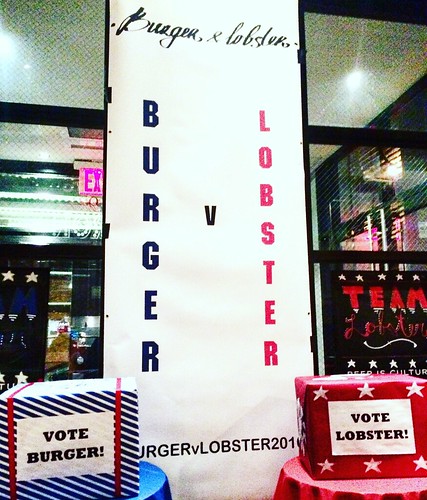 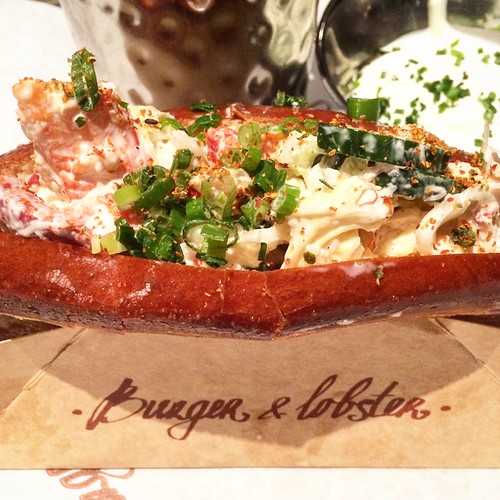 Before rushing into a newly expanded menu, the restaurant really did their research. Using two summers worth of R&D from their pop-up in Madison Square Park where they served traditional rolls along with a series of specials rolls, they were able to see which new items customers responded to best and brought their findings into the restaurant. 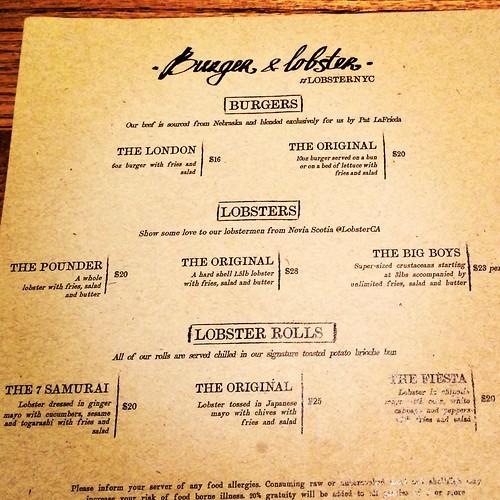 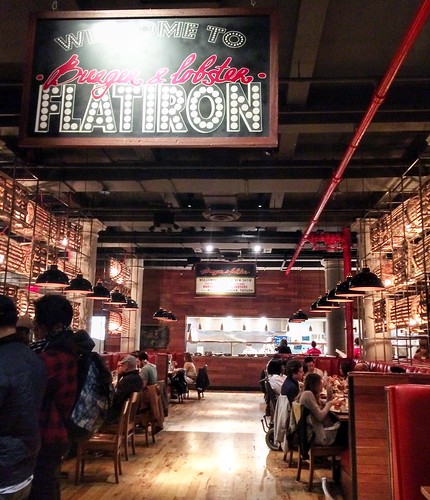 The new menu features three new burgers: The Beast, The Frenchman, and the BBQ Pork Burger. I ordered The Beast, which is a 6 oz. burger topped with lobster meat, swiss cheese, and truffle mayo sauce. This was amazing. You get the best of both worlds, and the truffle mayo spread enhances the flavor. While this burger does not skimp on the lobster meat, we recommend getting another lobster roll or share a full lobster for the true lobster experience. 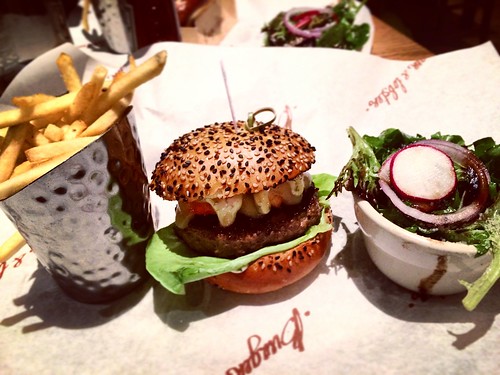 The Frenchman is their 6 oz. burger with foie gras and cranberry jam, a unique burger that seems apropos for the holiday times. The BBQ Pork Burger takes their 6 oz burger and tops it with hand-pulled pork, pickles, onion, and slathered with a homemade BBQ sauce. All of their burgers come with a salad and fries. Pro tip: get any one of their extra sauces. While I recommend the truffle creme fraiche, all of them give your fries extra dipping pizzazz, and are also fantastic in the burgers!

The new lobster roll are The Fiesta and The 7 Samurai. We tried the 7 Samurai, which dressed the lobster in ginger mayo with cucumbers, sesame, and togarashi. All the ingredients worked seamlessly together and enhanced the lobster very well. Next time we’ll try our hand at the Fiesta lobster roll with chipotle mayo, corn, white cabbage, and peppers. 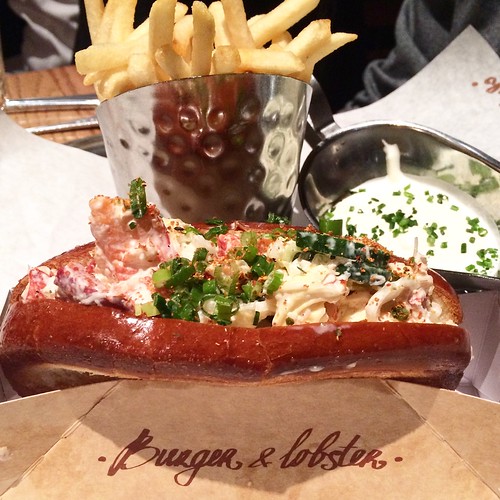 In addition to these enhancements, they also introduced smaller version of the original burger called The London, as well as The Pounder, a one-pound whole lobster versus the original 1.5 pound version. We’re not sure why anyone would size down on these signature dishes – unless to supplement another dish!

Explaining the menu additions for us is Vladimir Borodin, the operating partner in charge of Burger & Lobster’s U.S. operations:

It was pretty much a matter of customer demand. Our ten-ounce burger is simply too much for some people and our staff was constantly reporting customers’ desire for a smaller version. Same goes for our one-and-half-pound lobster; some appetites just can’t handle it. So we decided to add smaller alternatives.  And while we were at it to broaden the scope of our burger and lobster offerings, because that was something else we were hearing from diners. They love our concept of serving only burger and lobsters and have told us they wish we would offer some more versions of them. It’s like they wanted to see what we could come up with!

We washed down all the delicious food with The Crisp beer from Sixpoint Brewery. The knowledgeable staff was so helpful in answering all of our questions in regards to the beer pairings and the cocktail list, as well as their expert suggestions on if you were struggling to decide what to order like we were. 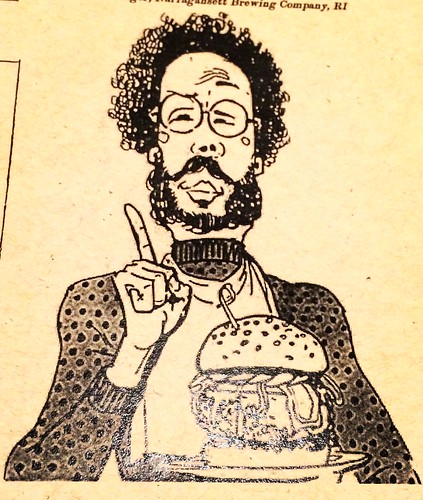 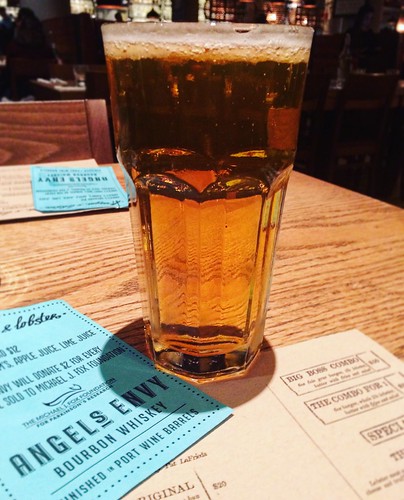 Be sure to stop by Burger and Lobster and check out the new menu for yourself!