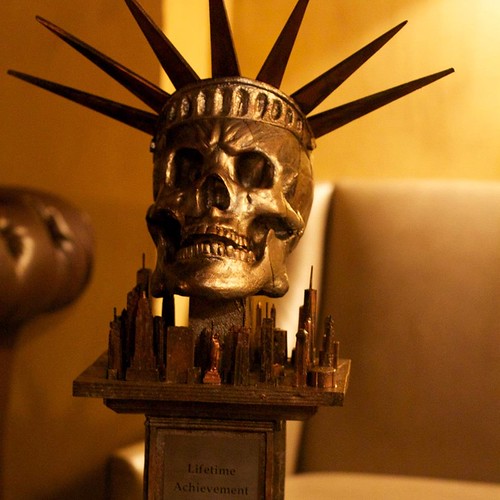 What’s more terrifying than our last Presidential Election?  Not much, but the NYC Horror Film Festival (NYCHFF) is pretty frightening too. The film festival is an annual four day long event that takes place in November at various venues throughout New York City.  If you like scary movies then this place is for you! 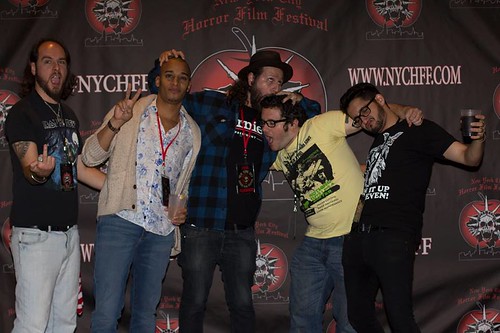 The New York City Horror Film Festival was founded by the late filmmaker Michael J Hein (1970-2011) and his production company Moodude Films in 2001. He had just finished making his first feature film, Biohazardous, about a teenager who discovers that a local research company founded by ex-Nazi scientists has been creating zombies. When he went looking for horror film festivals to submit it to he found them in Canada and Los Angeles but not in NYC, so he decided to do something about it.

No stranger to the macabre, Michael and his family have been involved with the horror genre for the past 30 years. They were all connected in one way or another in the making of Biohazardous be it pre-production, on set or post.  Even the kids in the family are now running around chasing zombies and carrying fake fingers and at just 6 years old his nephew Hunter made his horror debut as a zombie in Generation Um starring Keanu Reeves. 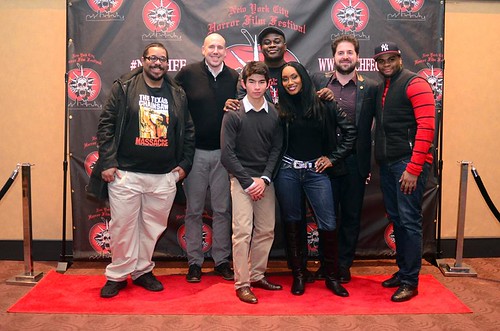 My girlfriend and I had the opportunity to attend this years gala and watch some freakishly good independent films. As an avid camper I thoroughly enjoyed Enclosure by Director Patrick Rea, about a couple who go camping in the deep woods for a romantic weekend only to find a group of nearby hunters who’ve been viciously attacked by “something”.  I doubt I’ll ever get my girlfriend to camp out again. Thanks a lot, Patrick! 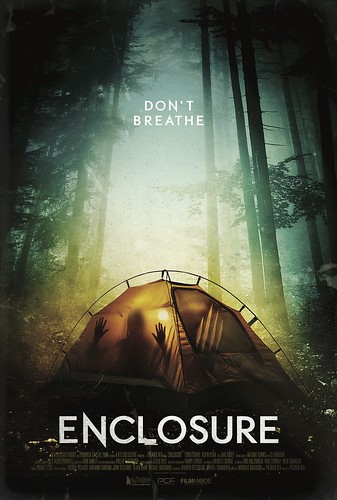 Another film I really liked was Welcome to Willits by Director Trevor Ryan. It’s about a small town in Northern California where campers, marijuana growers and extraterrestrials collide. Really. Walter White (Heisenberg) and his former student Jesse Pinkman would love living there… 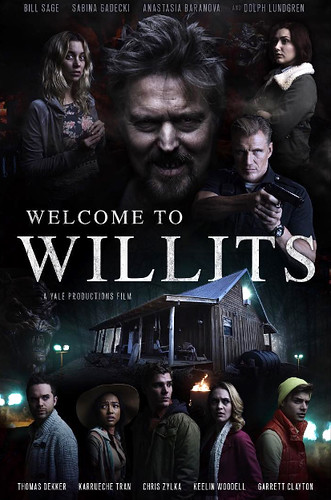 My hands down favorite of all the films I saw was a crazy flick called Night of Something Strange by Director Jonathan Straiton. I say crazy but that’s a tame word for this off-the-wall zany horror-comedy about 5 sexy teenagers heading to the beach for Spring Break. When one of them contracts a deadly sexual transmitted disease during a bathroom pit stop the fun begins when the STD virus starts running rampant, turning those infected into the living dead. You just gotta see this one folks. It also won the Festival Award for Best Picture. 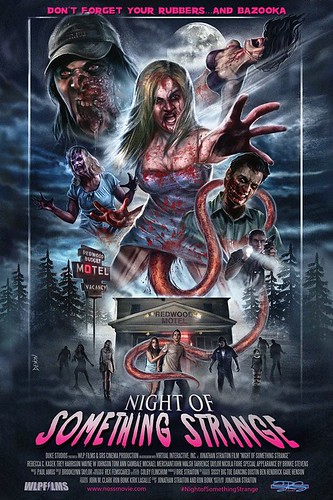 The NYCHFF doesn’t only focus on feature films, they also have directors submit shorts. No, not boxers you dummy, but short films. Prior to every screaming they have two or three scary film shorts which the audience then votes on to select the winner. I had a few favorites, one of them being Death Metal by Director Chris McInroy. These are the REAL headbangers. My favorite short though was The Kind Ones by Director Jamal Hodge. 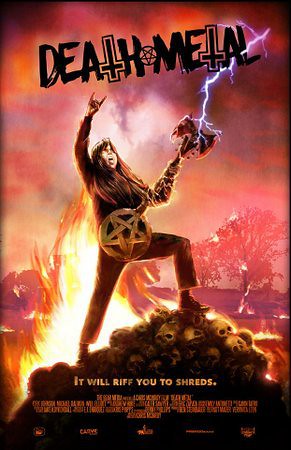 The festival also presents a Lifetime Achievement Award each year to honor outstanding performance and accomplishment that have substantially influenced the horror genre. Past recipients have included the father of all Zombies, George Romero, the late great “Godfather of Gore” Herschell Gordon Lewis, and the award-winning special make-up effects creator, actor, stuntman and director Tom Savini, among many others.

This years recipient was the ever beautiful Adrienne Barbeau. If you’re a child of the 80s like me you’ll know her from Swamp Thing, Creepshow, The Fog and my personal favorite, John Carpenter’s Escape From New York. If you’re a bit older you’ll probably remember her as being the original Rizzo on Broadway in Grease, or maybe as the divorced daughter of Bea Arthur in the extremely popular 70s sitcom Maude. But did you know she’s also a best selling author and recording artist? If you play video games you may have heard her voice as Pink Eye in Mad Max or Aletheia in God of War: Ascension. I haven’t yet read her best-selling memoir, There Are Worse Things I Could Do, but it’s on my list. 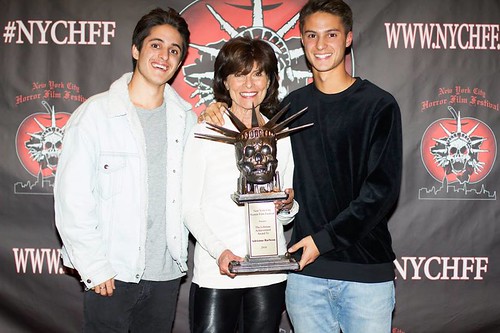 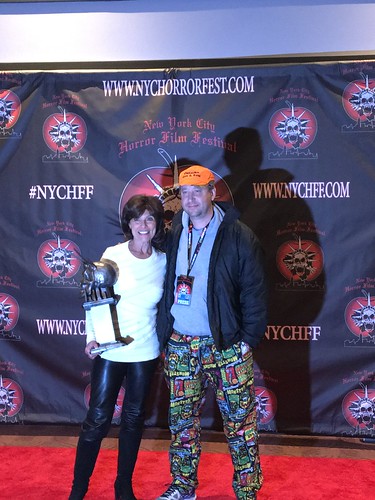 This was my first year attending the New York City Horror Film Festival and I had a great time! I can’t believe it’s taken me this long to check out this creepy gala. I can’t wait to see next years showcase. Maybe even one of our friends from NYC GRINDHOUSE or the New York Horror Movie Meetup will submit a film (hint, hint…).

For more info on the NYC Horror Film Festival (NYCHFF), check out them out on Facebook here: www.Facebook.com/NYCHorrorFilmFestival 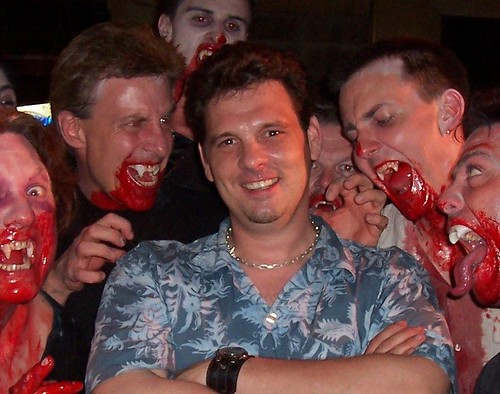 When it came to movie making, Michael did it all, from Special Effects Make-up Artist to Screenwriter, from Producer to Director. Through his company Moodude Films, Michael produced and directed various movies including: The Word, Blood Rails, Red Hook, Dead Serious, Biohazardous, Cyclone, and This is How My Brother Died. He also produced and packaged the popular DVDs, Killer Shorts, parts 1 & 2.

In addition to screenwriting, producing and directing, Michael is the Founder and Director of the New York City Horror Film Festival, America’s largest and most recognized genre film festival, held yearly at various venues throughout New York City. The festival is competitive, screening approximately 50-60 films each year. 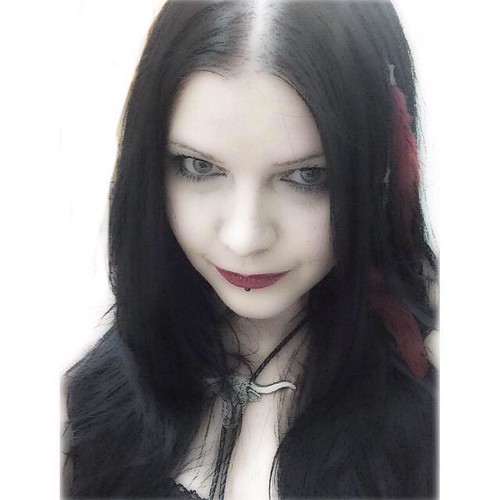 Nixida Toro joined the New York City Horror Film Festival in 2011 working merchandising and promotions with our beloved Michael J. Hein at the Saturday Nightmares Convention. Nixida was passionate about Horror from an early age which she contributes to her parents who allowed her to watch every Horror Movie without censorship.

While studying Communications, Nixida spent time doing numerous PR work for a variety of bands as well as planning and hosting parties and concerts. In 2003 she came to NYC where she worked to strengthen her obscure artistic skills towards the morbid and grotesque and fulfilled her passion for Horror while studying mortuary science at AAMI.

Nixida was the Co-Organizer of The Dark Side Horror Group, hosting and planning Horror related events in the NYC area. In her free time she continued her passion for Taxidermy and Jewelry Design and wrote her own Horror blog where she never stopped diving deeper into the macabre.

She is deeply missed by her friends and the NYC Horror Community.

Photos via the NYCHFF and by Socially Superlative