I’m getting old.  Whenever I pass through Disneyland I’m reminded of what Times Square used to be. I think back to my teen years and the countless quarters I spent at Playland and the many dollars I willingly gave at… well, we won’t go into that.

As a child of theater parents I knew my way around Forty-Deuce. Heck, I nearly lived there. My mother was even once a burley cutie in Ann Corio‘s This Was Burlesque at the Princess Theatre in 1981! I was just 11 years old at the time, spending most evenings backstage in the dressing room doing my homework, oblivious to the glamorous girls constantly disrobing around me. However, I always managed to sneak out to see the famous tassel-twirling burlesque star Tami Roche perform, which is most likely where my infatuation with Grindhouse comes from. 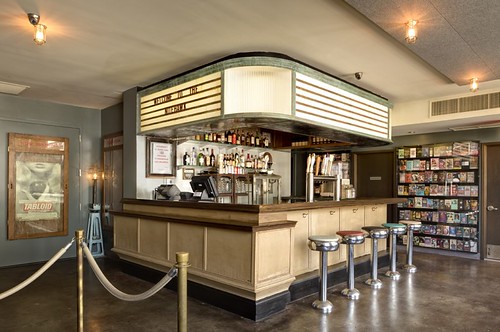 So, when I found out The Deuce, a monthly film series at Nitehawk Cinema in Williamsburg I knew I had to check it out.  For those of you whippersnappers too young to know what The Deuce was let me explain:

In its heyday, there were over a dozen theaters on West 42nd Street between 7th & 8th Avenues: where Abbott & Costello premiered Who’s On First? and John Barrymore played Hamlet 101 nights in a row. Crooners and cannonball jugglers, acrobats on roller-skates, old grey whistle-testers, good-time Charlies and doers of the bumsti–bumsti act — they started out in sawdust and floundered in velvet, but by the 1950s and ‘60s, folks came to 42nd Street to go to the movies. The footlights gave way to the big screen, and they started calling the old marquee alley, “The Deuce.” 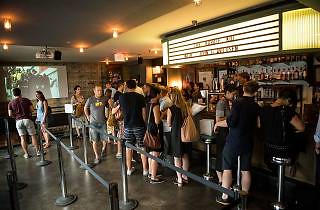 However you got your kicks, you could find it on The Deuce: pulpy shoot ‘em ups, ten-gallon horse operas, arthouse roughies, low-budg spy grinders, sword-and-sandal epics, biker pulp, blaxploitation, star-studded melodrama or eurosleaze: it was a dirty boulevard where dreams and schemes buzzed side by side. 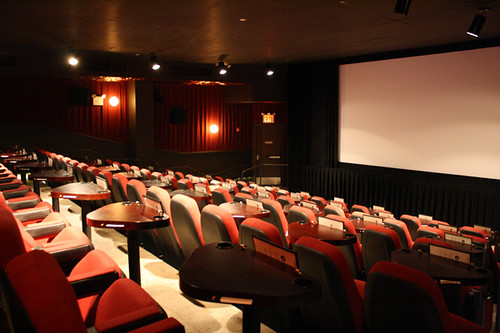 The Deuce film series at Nitehawk Cinema explores the luminous lobbies and shadowy balconies of movie palaces long demolished, and the splicey sights and staticky sounds of a cinema legacy all but lost to VOD and Torrents… History, architecture, folklore and — of course, movies all converge at THE DEUCE! 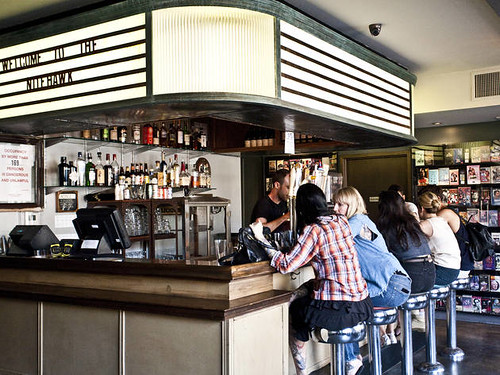 November’s film screening was the 1974 comedy-drama Law & Disorder, starring Ernest Borgnine and Carroll O’Connor (Archie Bunker from All in the Family). While not the typical sleazy flick you’d associate with true GRINDHOUSE it was still a pretty fun film. It was about the crime-infested New York City of the 1970s.  Two residents and friends decide to join the Auxiliary wing of the NYC Police Department to help keep the city free of criminals. They’re joined by a few friends and then, well, craziness ensues…

Hosted by The Deuce Jockeys Joe Berger, Jeff Cashvan, and Andy McCarthy, I had a lot of fun. They always introduce the film and have a free raffle and trivia contest with weird prizes. Afterwards they host an afterparty downstairs at Nitehawk’s bar, Lo-Res. 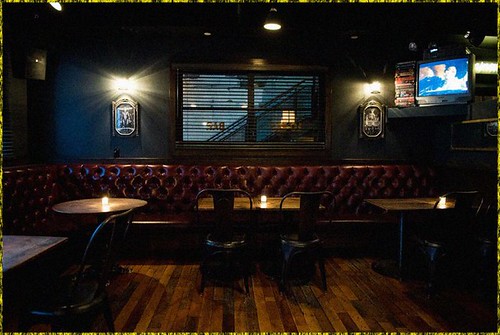 If you haven’t been to the Nitehawk yet, you need to get out there and check it out. It’s one of my favorite filmhouses in the 5-boroughs. Similar to the Alamo Drafthouse Cinema started in Austin, Texas, you can order drinks and food from a full service menu. I don’t mean just Pepsi and Popcorn either. We’re talking designer cocktails and craft beer from some excellent local breweries. You simply place your order from your table (yes, every two seats have a table) and in a jiffy your order will be taken and filled. This ain’t no normal movie theater guys. It takes dinner and a movie to the next level. I wonder how many first dates have been taken here? The Nitehawk hosts many different film series to suit even the most obscure film connoisseurs taste.

Click Here to see a short video on Vimeo about The Deuce, or go to the following link:
https://vimeo.com/88459404

Come out for the dirty boulevard once-a-month to mooch the myth and hustle the history. A movie palace inslideshow & monologue, and a movie always in 35mm. All DEUCE screenings are 35mm presentations.

We Changed the Law!

Setting a historical precedent, Nitehawk Cinema is single-handedly responsible for the groundbreaking overturn of the prohibition-era New York State liquor law that made serving alcohol in motion picture theaters illegal. Nitehawk celebrated Gov. Andrew Cuomo’s signing the new law allowing moviegoers to enjoy an adult beverage at their theater seats a mere three months after the Cinema’s opening date. And thus, a new era of boozy film viewing in Brooklyn (and beyond) began!