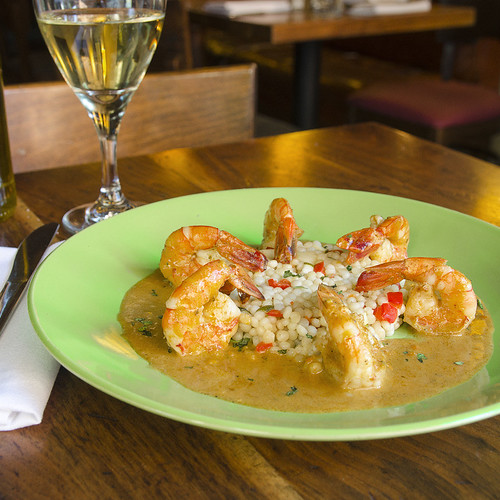 Some individuals are just born with an artistic spirit. It’s a part of their soul and shines through no matter where life’s path takes them. As Chef Vlado Kolenic of Bettola passionately recounted his earlier days as a Slovakian musician, I knew this to be true for him. I hoped his artistic abilities would shine through in the cuisine. 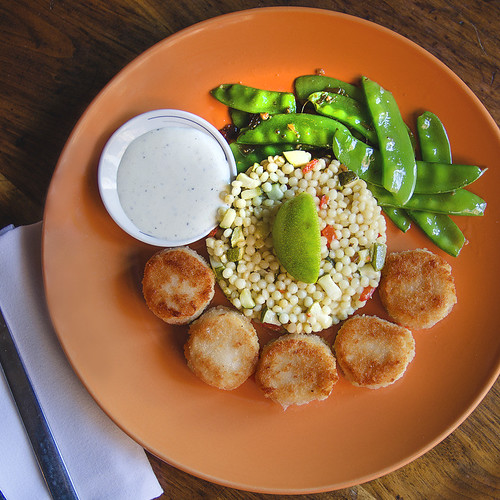 In the late 1970s Vlado was finding great success as the lead singer of Taktici, a well-known band in former Czechoslovakia. Eventually the band defected from the country, making their way to the U.S. and going separate ways. Vlado continued pursuing his passion for music in Vegas, meeting new people along the way including his now co-owner of Bettola, Giga Leszay. 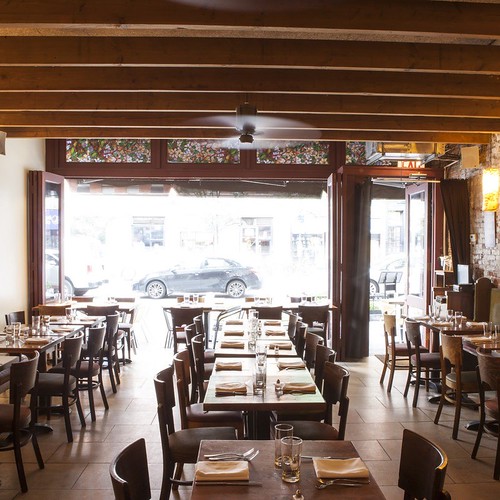 Their happenstance meeting in New York State’s funky Woodstock was the perfect recipe for friendship, and eventually the purchase of Bettola in May of this year. Giga had been managing the restaurant for 12 years and jumped on the opportunity to own a piece of Upper West Side’s restaurant scene. 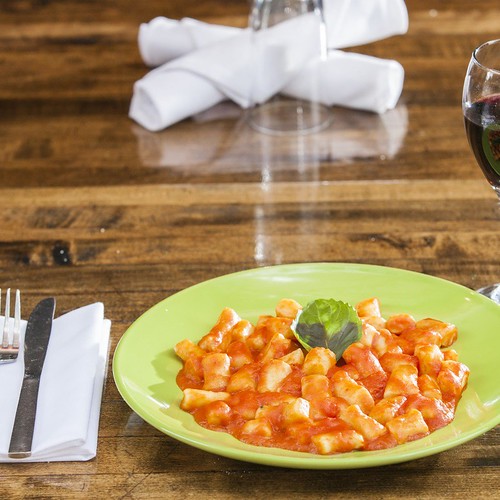 Vlado is a self-taught chef and uses his love of diverse flavors from the many cultures he has encountered to create his progressive Italian menu items. Sure you can get your Italian staples like Chicken Parmesan and Lasagna, but it’s the dishes with a twist {and memorable names} that I suggest ordering. 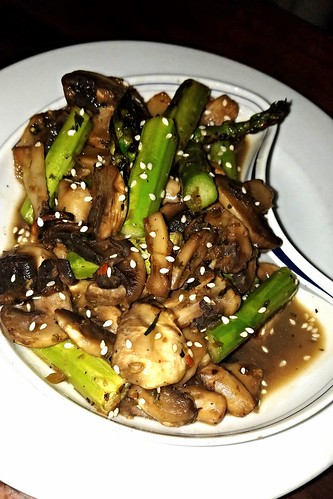 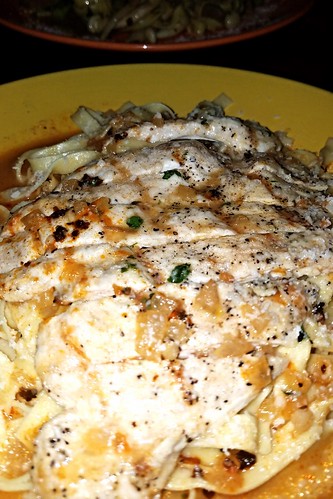 Crab Balls: Pure Crab Meat on a Bed of Marinara Sauce. This appetizer is almost guilt-free. The fresh crab meat is lightly dusted in saltine crackers and baked, not fried, until golden brown. 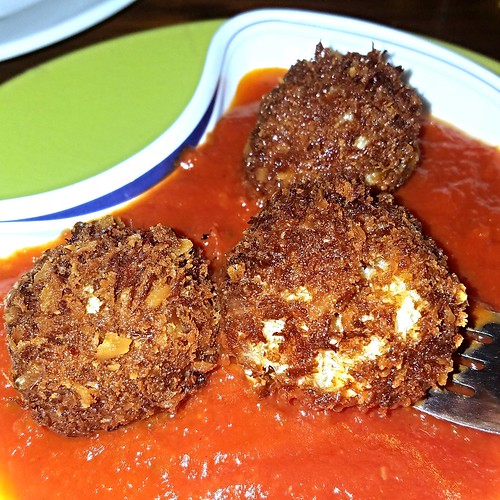 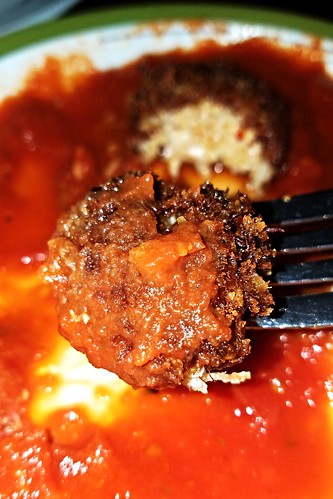 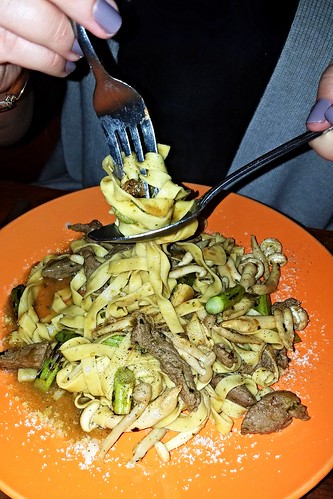 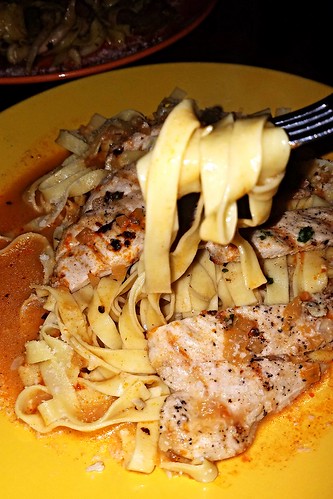 Chicken Rosa: Grilled Chicken over Fresh Fettucine, Sweet Paprika, Marjoram and a White Wine touch of Sour Cream. This dish wasn’t always named Chicken Rosa, or Pink Chicken. Instead it boasted a generic name that even I now forget and was hardly ever ordered off the menu. Chef knew that it was a delicious dish so decided to step up the name game. Now the dish sells on a daily basis.

Bread Pudding and Pumpkin Pudding: Both desserts we ordered were warm, moist and perfect with a glass of wine. It was obvious they were freshly baked on-site. The pumpkin pudding, a special for the holiday, had whiskey drizzle and was graciously covered with semi-sweet cream sauce. Shaped as a muffin, the bread pudding also featured the cream sauce along with a crunch of coconut throughout. 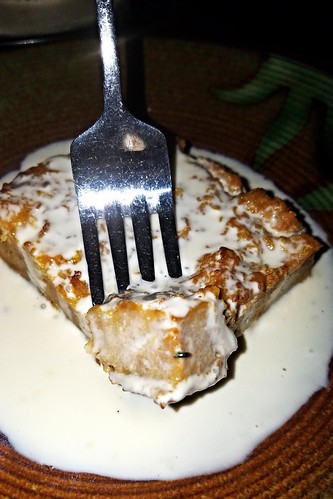 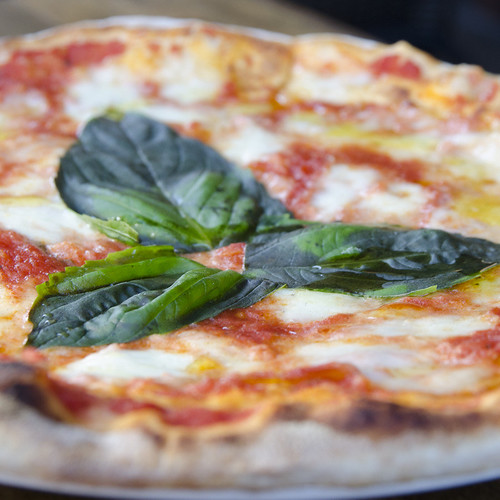 Quality food is important, and you will get that at Bettola. Chef’s artistic vision certainly transcends into his dishes. What you will also experience is a welcoming atmosphere where guests are treated like family. This could easily become your neighborhood spot even if you are just going in for a quick wine and pizza. Oh yeah, they have a brick oven! 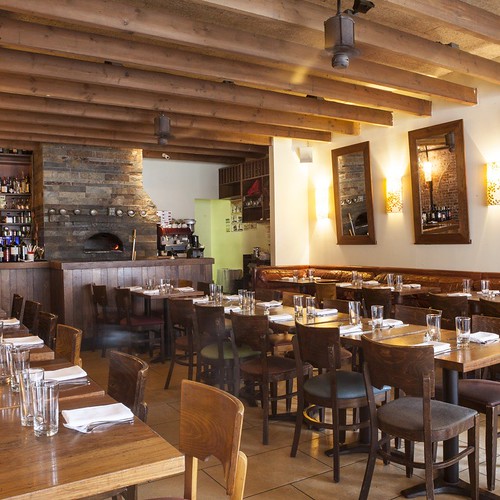 Photos via Bettola and by Socially Superlative