Soho Style and Sophistication at MAMO 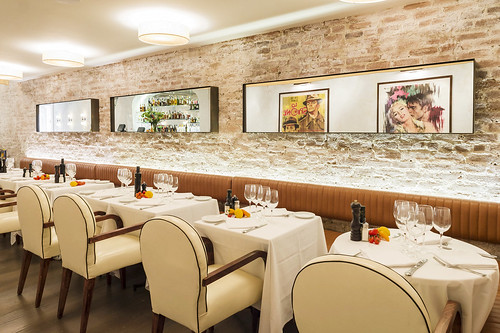 Amid all of the shopping and clutter of Soho, as soon as you cross over to West Broadway, you immediately get the feeling of elegance and refinement, without being overly stuffy. Michelin-starred Executive Chef Massimo Sola brings a taste of European decadence, particularly from Italy as well as the South of France, to Soho with his new restaurant MAMO. 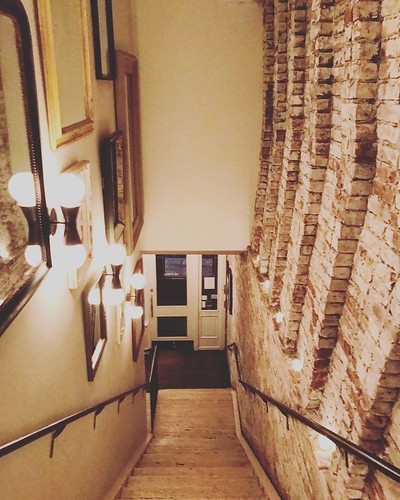 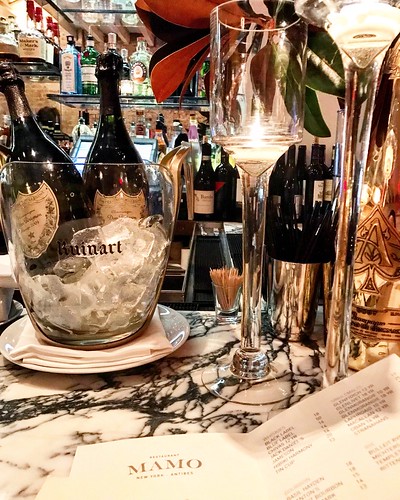 The Soho location is an outpost of MAMO Le Michelangelo, a 23-year-old staple located on the French Riviera. Originally from Milan, Chef Massimo has been in the culinary industry for 32 years, working in Switzerland, France, Spain, Italy and Lebanon. He opened his restaurant Ristorante Quattro Mori in Varese in Italy in 1993, which received a Michelin start in November 2007. 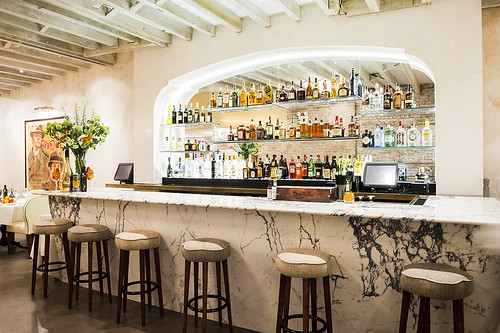 While MAMO has an extensive wine list, we opted to go the way of the cocktail menu to kick off our dining experience. I ordered the Al Pachilli cocktail, which is Abolut Elix with passion fruit puree, pinapple juice, and chilli liqueur. I was wary of the chilli liqueur, but it was very subtle and overpowered by the passion fruit flavor. The Timal cocktail is also a light and refreshing drink made with Zacappa Rum, apricot liqueur, and ginger beer. 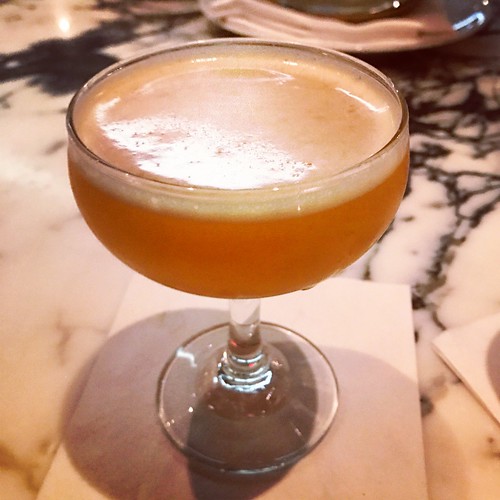 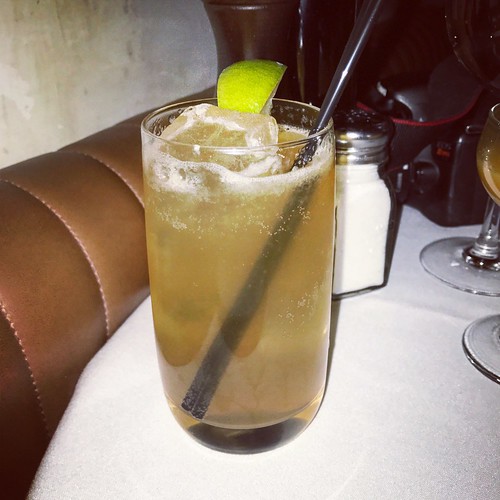 For appetizers we started with the peperoni dolci grigliati con farcia al tonno, which is an elegant way of saying grilled red and yellow peppers stuffed with tuna. While our waiter was enthusiastic about all the dishes on the menu, this dish came even more highly recommended. It certainly did not disappoint: the peppers were roasted to soft tenderness, complemented by the flavors from the tuna.

Other recommended starter dishes include their eggplant parmigiana, the tuna tartare with zucchini salad, and the calamarata. It was even impossible not to gorge on the deliciously buttery, rich started bread. 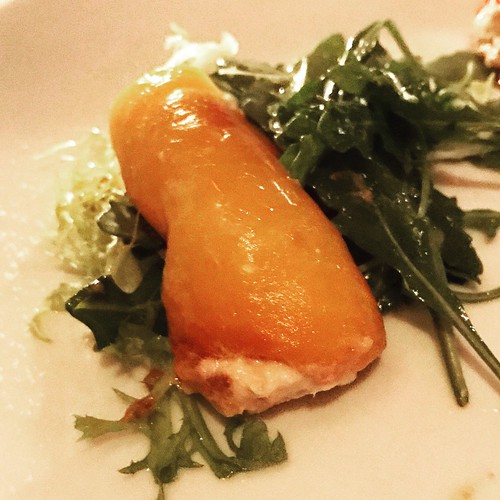 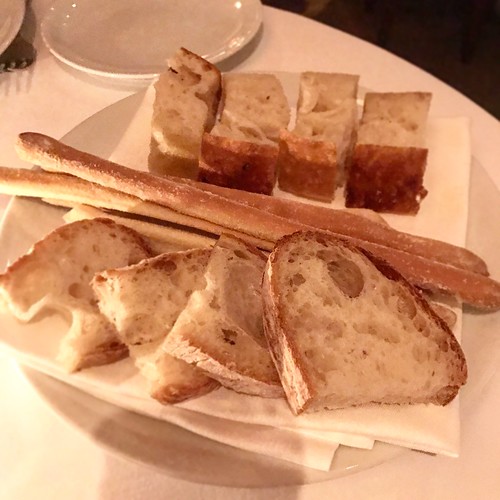 It was a tough choice deciding which delicious pasta dish to try, but the good news is that you can’t go wrong with any choice. We opted to get the Gnocchi di patate al ragu, homemade gnocchi with meat sauce. The gnocchi pasta was soft and fluffy, which absorbed the flavorful tomato sauce.

Their other signature pasta dish is their risotto, which they currently have two versions: milanese with ossobuco and truffle. Be sure to jump on that truffle option during optimal truffle season! Their other pasta entrees include more Italian favorites such as lasagne bolognese, rigattoni with beef meatballs, penne with lobster sauce, spaghetti with clams, and ravioli with fresh truffle. 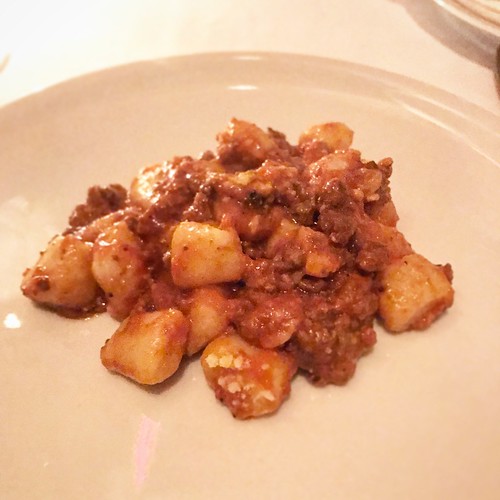 For seafood lovers, I recommend the Trancio di branzino fresco e caponata, aka freshed baked seabass with ratatouille. The rich flavors from the ratatouille enhance the flavors of the light fish. We added a side of spinach, which was buttery and creamy. Other seafood entree options include the baked halibut with truffle and the wild salmon with califlower puree and broccoli. 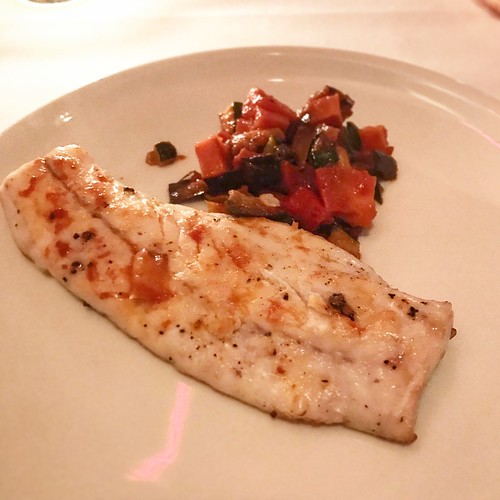 To close our meal, desserts included tiramisu, lavender cheesecake, chocolate mousse, and an apple sponge cake. We opted to share one of their signature dessert dishes, the affogato with vanilla ice cream topped with warmed strawberries. 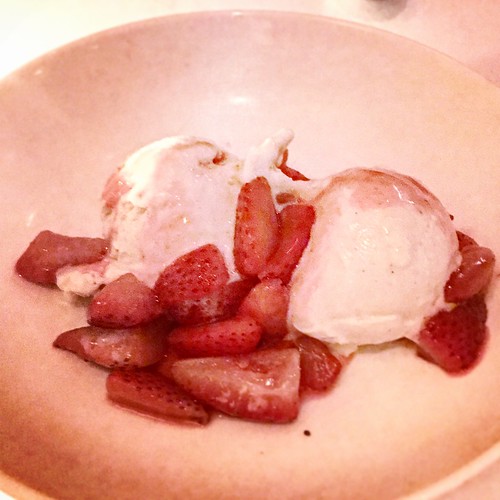 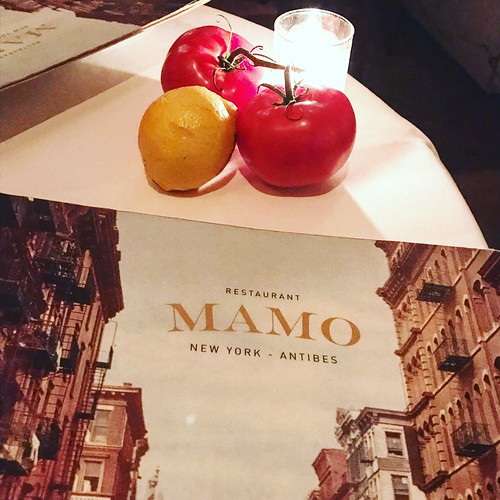 For a luxurious Soho dining experience, or even for a reprieve after a day of shopping along Prince Street, book your next meal at MAMO. 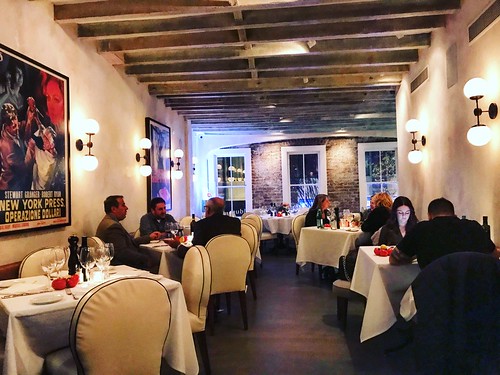 Photos via MAMO and by Socially Superlative