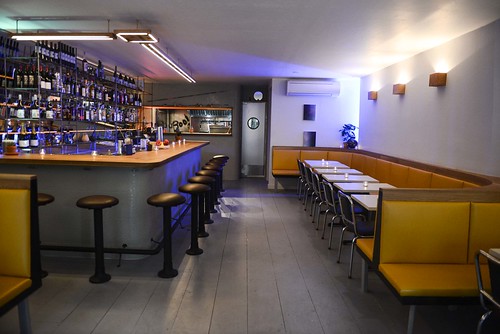 Don’t worry, you’re not in the wrong spot. You’ll be savoring a fusion of flavors very soon. It may be confusing though when you first roll up to 104 Bayard Street: projecting an almost run-down vibe from the outside, Lalo has taken over the space where Winnie’s, a Chinatown karaoke lounge, occupied for nearly three decades. The new restaurant couldn’t be more different than its predecessor thanks to the vision of Chef Gerardo Gonzalez and his partners. 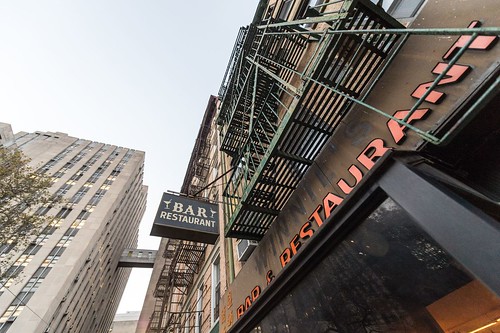 Chef Gerardo Gonzalez is known around town for his tenure at the hip lower east side establishment, El Rey. Here he served up Cal-Mex dishes, focusing heavily on vegetables including his popular kale salad. If you are a Chef Gerardo devotee, you will still encounter a menu that puts an emphasis on vegetables, but expect dishes that transcend across many cultures. 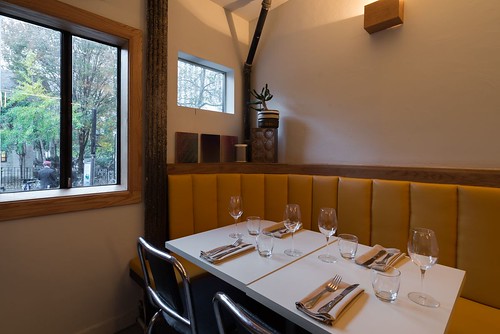 The menu itself is very concise and easy to navigate, with affordable appetizers, dishes and drinks made to entice the diverse guests he hopes to draw in. While the location may be on a side road in Chinatown, its close proximity to Canal St., Soho, New York City Hall and the 5th Precinct sets it up to be prime lunch and dinner location. An interview with Grub Street Chef notes that the menu and restaurant echo his fondness for the intimacy of the old-fashioned lunch counter. 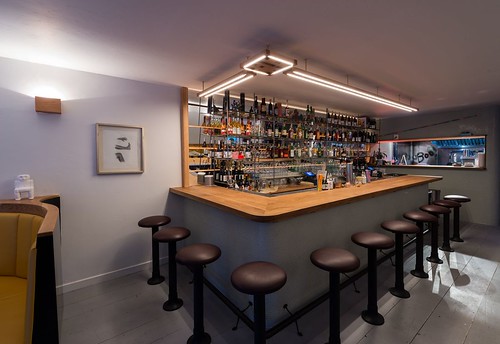 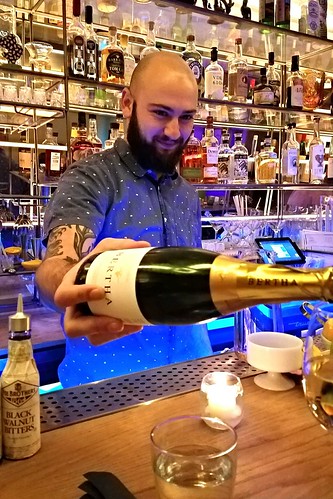 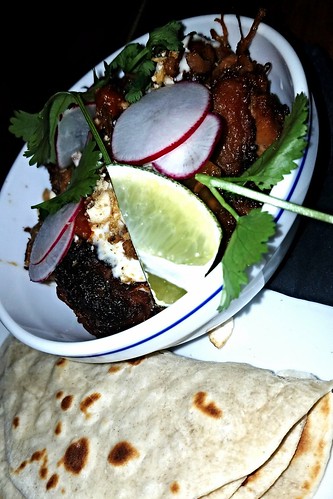 We started with the “Black Bean Dip” and Chips made of cannellini beans with squid ink and black garlic served with plantain chips. Because of the squid ink the consistency is not what you think of when you order a bean dip. If you are not a squid ink fan this is not for you as the flavor was certainly potent. If that doesn’t scare you away then I highly recommended this appetizer as it’s a unique combination you do not see every day, and an example of Gonzalez adding in a Japanese element.

Next came the Vegan Caesar Salad – romaine lettuce with seaweed, nutritional yeast and dulse bread crumbs. I can’t say enough about this starter. The fresh greens were covered in delicious Caesar dressing that was made surprisingly better by the nutritional yeast and (I think) lack of anchovies. 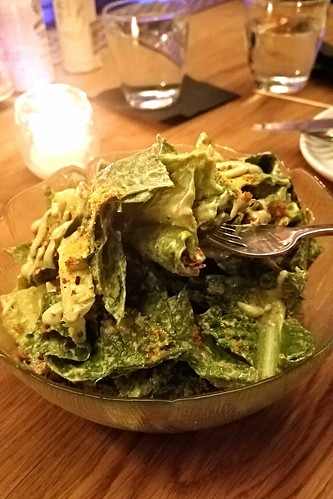 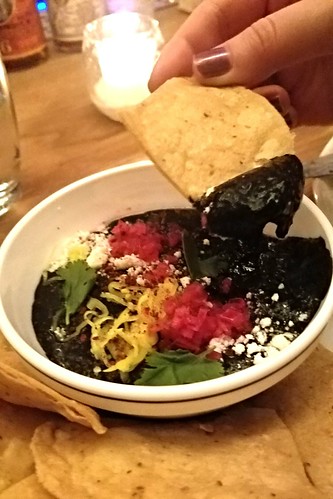 Our main dishes were Squid Stuffed with Chorizo and Hibiscus and the single Carnites. The combination of fish and meat were a delight in the first meal. Don’t expect a spicy chorizo, instead it’s ground up and has a smokey flavoring with a subtle spicy kick. The squid was enjoyable and cooked so there was no chewiness to it.

The tacos were a star of the evening. It was a make your own taco situation with two thick tortillas, not overly soft nor extra crunchy. You can spoon however much pork you want into your taco, albeit I suggest a lot since it was so flavorful. The meat was tender, melting in your mouth, yet every so often you’d come across some burnt ends that elevated the flavor even more. 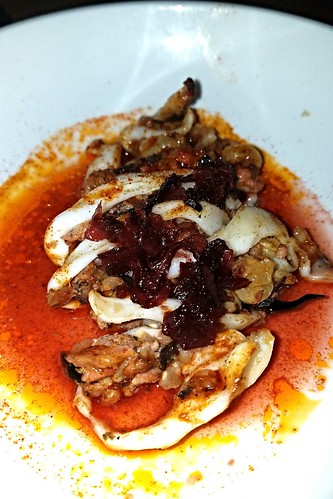 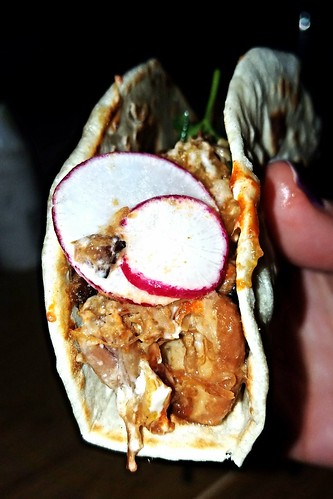 To satisfy your sweet cravings be sure to try their version of Pineapple Upside Down Cake. It’s reminiscent of corn bread and incorporates pineapple, persimmon fruit and a semi-sweet cream sauce. While on the appetizer menu, we ordered the Chili Strawberry as dessert as well. Gonzalez suggests starting your meal with this dish that pays homage to his favorite Mexican candy. It’s a dried strawberry that’s a combination of spicy, sour, salty, and super sweet. 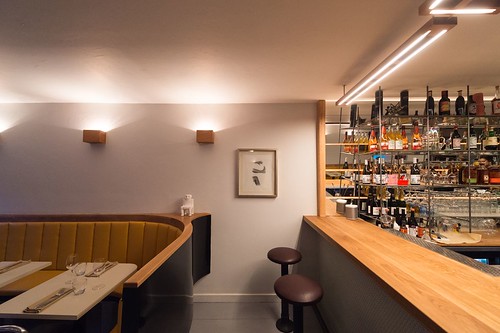