Kevin Geeks Out at Nitehawk Cinema 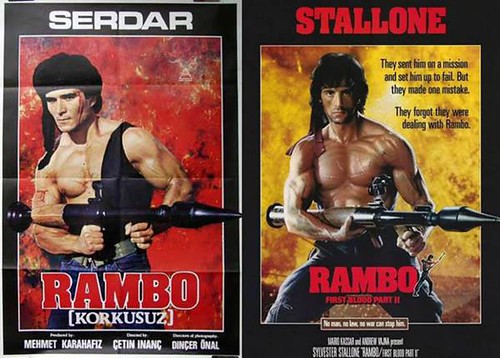 If you’re a red-blooded American then you know who RAMBO is. Arguably the most iconic action hero of the 80s, John J. aka Stallone went on kicking ass for four films, the last ending in 2008. But I bet you don’t know who Serdar Kebapçılar is. Never heard of him? Neither did I until I found out about comedian Kevin Maher’s  two-hour variety show celebrating Rip-Off Cinema at Brooklyn’s Nitehawk Cinema.

It’s a bold cross-genre phenomenon of copycat films, knockbusters and rushed productions that borrow from popular films. His evening event includes all kinds of cash-grab films, including the best, the worst, the weirdest and the most shameless. So, who is Serdar? He’s a renown Turkish bodybuilder that starred in the Turkish Rambo rip-off, RAMPAGE. But you’ll find out all about that at Kevin’s variety show. 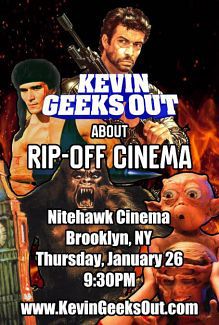 Tickets are $16 and you can get them by clicking HERE! 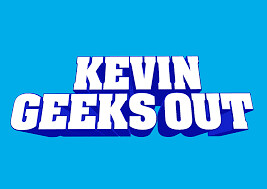 Kevin Geeks Out is a video variety show hosted by writer-comedian Kevin Maher – a confabulation of obscure film clips, offbeat commentary, guest experts, games (featuring a fortnite guide for beginners)  and curiosities. To geek out with Kevin you don’t have to be a geek, just a pop culture adventurer.To date, Kevin has geeked out with over 30 different installments of his variety night, dedicating a full evening to a specific topic, such as Bigfoot! – Robots! – Zombies! – KISS! – Wrestling! – Batman! – and Visions of the Future! Previous guests include writers from The Daily Show, award-winning cartoonists, scientists, comic book writers, film scholars, screenwriters, novelists, bloggers, a clown, a psychic, and Santa Claus.

Join Kevin each month as he and his guests share rare footage, sharp observations and funny takes on the tropes, themes and recurring images that occupy our minds. It’s obsessive, in a good way.