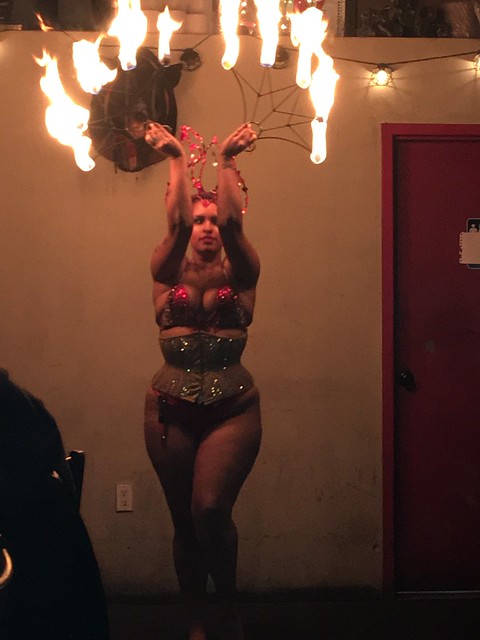 Last month my friend Kita St. Cyr, a NYC based burlesque performer and model and some of her sexy friends held a Valentine’s Day show called Pele’s Paradise at the Arrogant Swine in Bushwick, Brooklyn. What better way to celebrate your Vday love than at a hot n’sexy show with some of the best North Carolina whole hog BBQ you’ll ever eat? 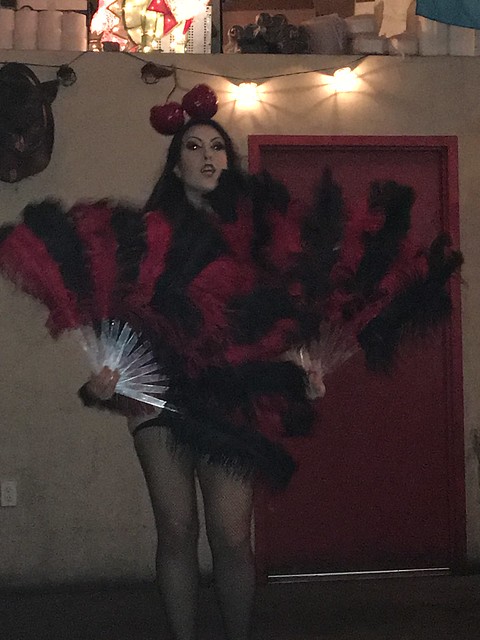 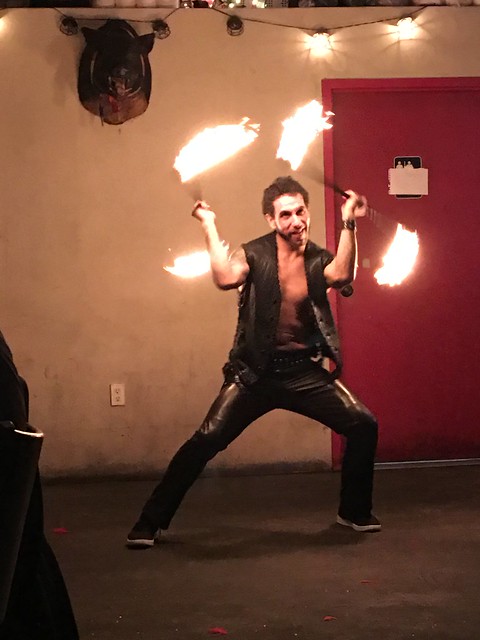 If you’re lucky enough to have a bad-ass girlfriend like I do who appreciates good meat and sexy booty then this was the place to be. For just $10 we were entertained by Kita and her friends, featuring Tiny D, Marz, and Miss Cherry Delight, who was named Miss Coney Island 2013! All the acts were fun but my favorite was and always is Kita’s fire dance. Talk about hot… 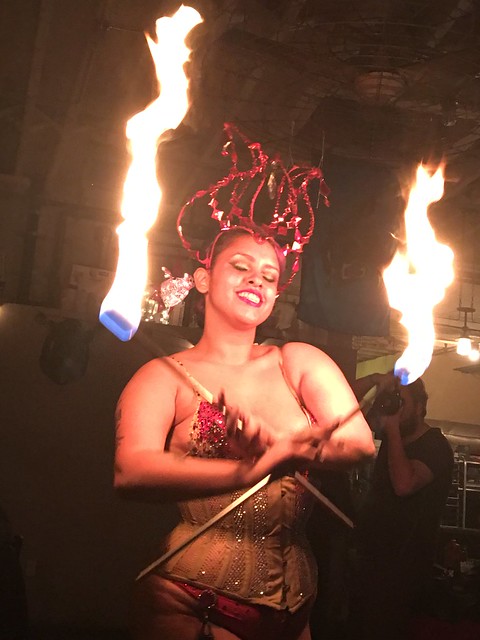 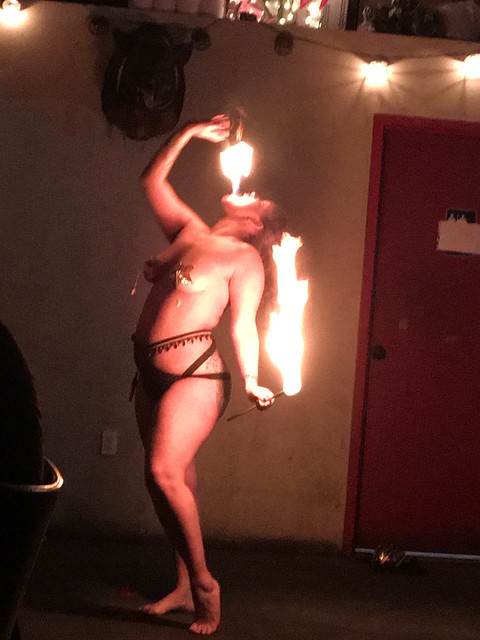 The show was almost as delicious as the food. Having lived and worked in North Carolina for a year with Habitat for Humanity I’m no stranger to good BBQ.  In fact I consider myself quite the pork connoisseur. So when I wrapped my mouth around this hog I was literally blown away (OK – mind outta the gutter people).  The Western North Carolina Outside Brown Shoulder is friggin’ AMAZING folks. Popular in the Piedmont region of NC, pork shoulder is cut into steaks and slow smoked to make the entire shoulder into “bark”.  You’ll be barking for more after you try it! 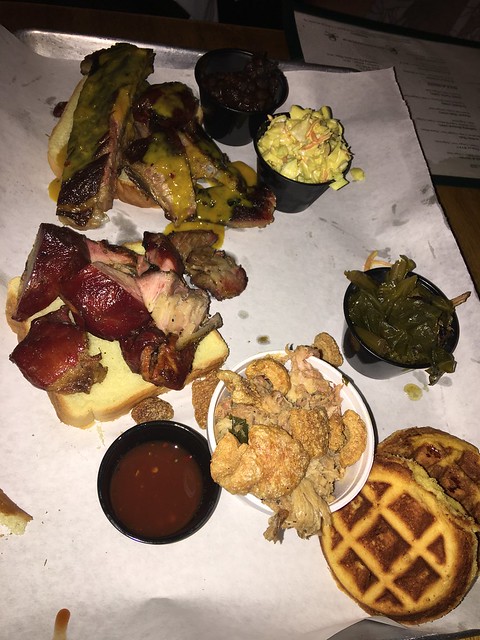 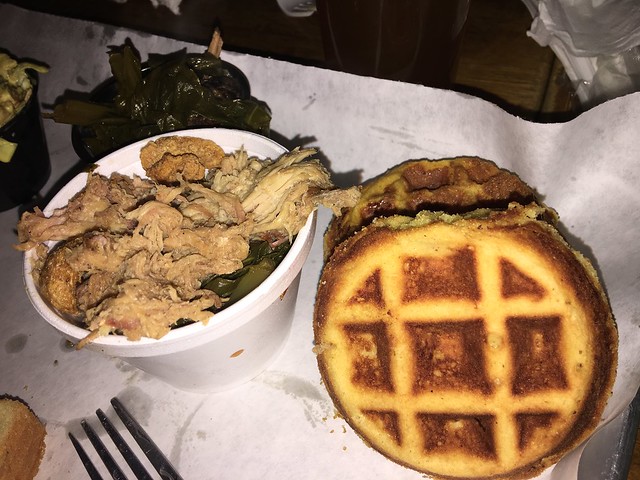 The pork belly and spare ribs are pretty damn good too. Owner Tyson Ho certainly knows what he’s doing. Raised in Queens but schooled in Texas he honed his grill skills alongside legendary North Carolinian Pitmaster Ed Mitchell, Master of Pit-Cooked Whole-Hog BBQ, before opening his place in 2014:

“I’m on a mission to bring traditional North Carolina BBQ to New York City. This involves slow smoking the entire pig for almost an entire day until she’s meltingly tender and full of flavor. We then mix all the parts of the pig together so that you get a taste of all the different parts of the animal in every bite.”

Well, I say mission accomplished sir! My girlfriend was happy my stomach was full and my wallet not too damaged. We’ll definitely be coming back to this fantastic place.

Oh, did I mention the next Burlesque show is March 17th? 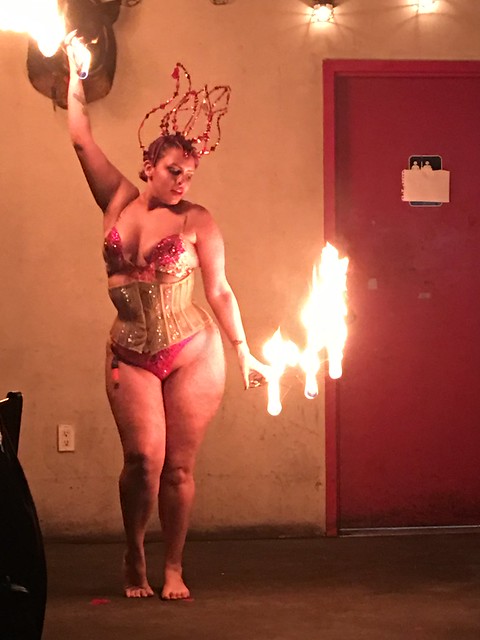 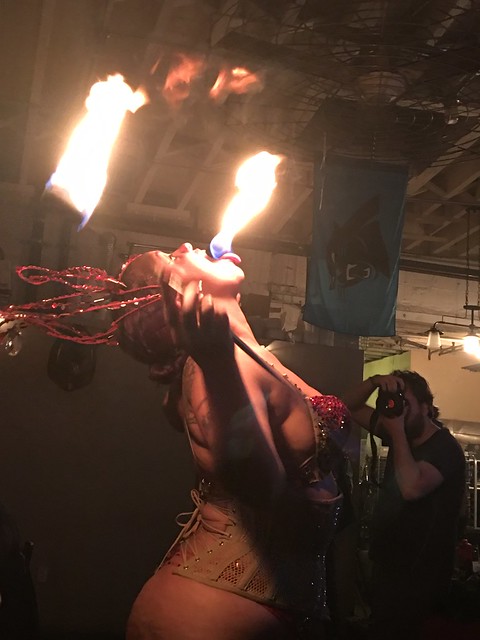