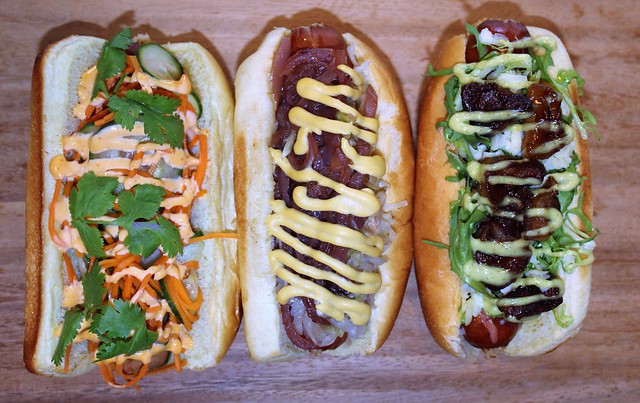 All dogs aren’t created equal. I’m not talking about your Chihuahua or Great Dane; I’m talking about one of if not the most iconic American foods of all. From summer family 4th of July BBQs to the Ballpark of your choice and just about everywhere in between you’ll find the Frankfurter. A meat of many names, the original sausage was made in Frankfurt Germany and brought to America sometime in the late 19th Century by German immigrants. Since then it’s gone on to become America’s defining summertime food. What true red-blooded American hasn’t eaten a hotdog at some point? I’ll tell you who: No one. 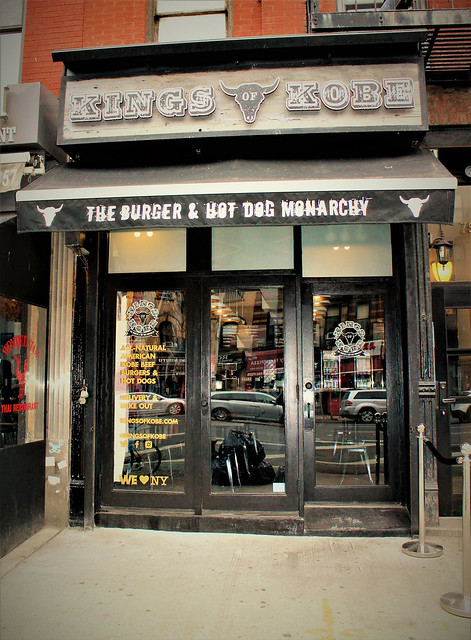 In NYC we take our dogs seriously. Everyone has their favorite hot dog cart to grab a quick bite at, but in my turf that place is Kings of Kobe. Self-named the Burger & Hot Dog Monarchy, they don’t mess around when it comes to their franks. My girlfriend and I recently had a chance to chow down at their newly opened eatery in Hell’s Kitchen. 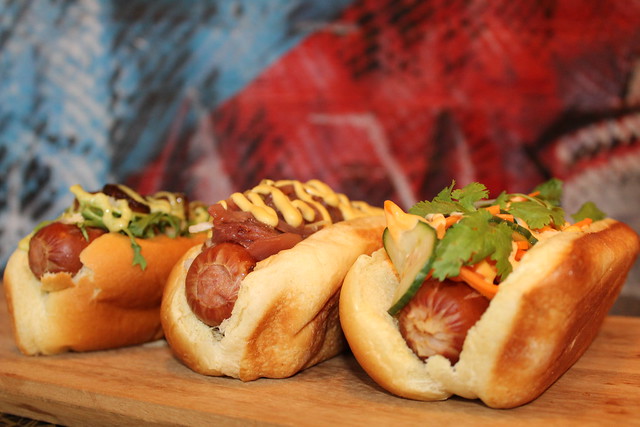 Their wieners are delicious!  Made with all-natural American Wagyu ‘Kobe style’ beef these are the finest hotdogs I’ve ever eaten, and folks, I’ve eaten a lot. You’ve gotta try their Banh Mine, which comes with marinated cucumbers and carrots, cilantro and sriracha aioli. Yum, Yum, YUM!! My favorite though is the All Nighter, with crispy bacon, onion marmalade, lemon zest and blue cheese dressing. Trust me folks, when you bite into this weiner you won’t be disappointed, and I know my weiners. Crif Dogs in the Village is good but doesn’t even come close to Kings of Kobe. Nathan’s Famous in Coney Island is good too, but like Meryl Streep it’s overrated. 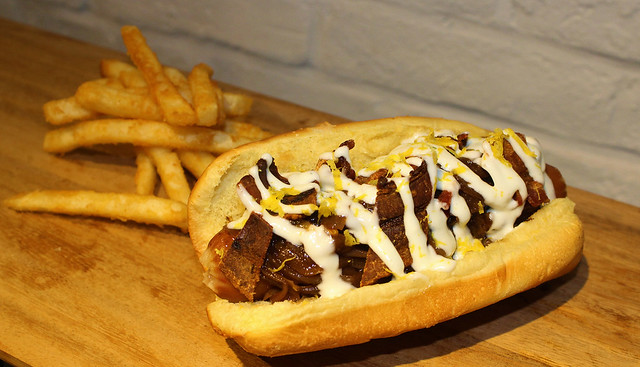 But let’s not leave out talking about their mouthwatering burgers. I can’t remember the last time I had such a tasty restaurant burger. Their King’s Standard is made with roasted tomato, white cheddar, pickles and cherry pepper aioli (with or without bacon). The Duke of Lux is damn fine too, with smoked gouda, caramelized onions, bacon and chipotle aioli. And you know what folks, they actually cook your burger how you like it. If you order it rare (like me) you get it rare, not medium or some other freakin’ temperature. They ask you how you like it and cook it like you tell them, something that many ‘fine’ restaurant’s often fail at. 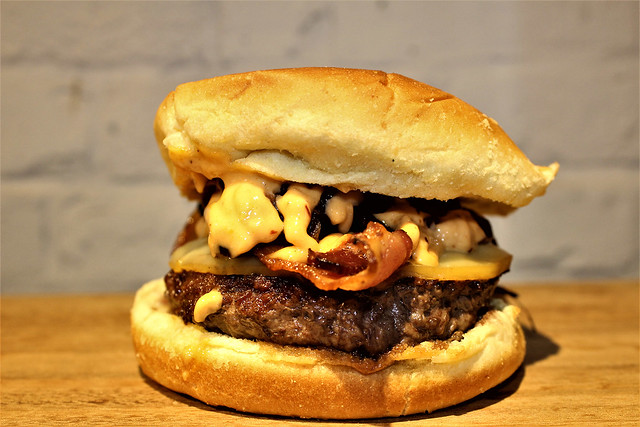 Don’t forget to try their amazing Mac & Cheese Balls, roasted in garlic aioli, and their Notorious P.I.B.s (pigs in a blanket). Wowzers! Although our gullets were full and food coma starting to set in we couldn’t leave without trying a milkshake and their signature dessert, the Chocolate Royal. The vanilla milkshake was thick and good, but the Chocolate Royal, well, it was outta this world! Really guys and gals, you need to try this orgasmic concoction of chocolate pudding, crushed NYC pretzels and brownie crumble.

Photos via Kings of Kobe