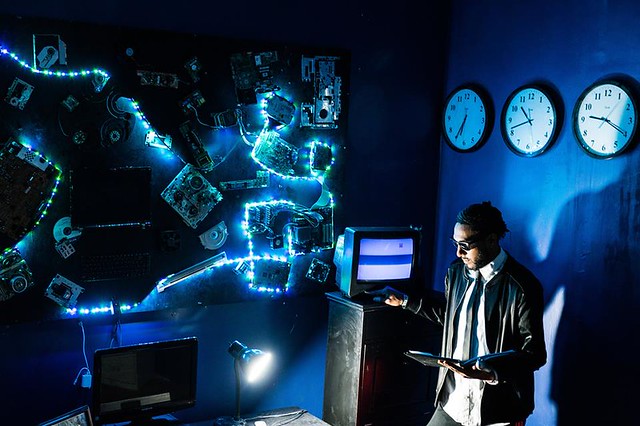 If you follow me on Socially Superlative you may have read my glowing review of Hoodwinked Escape from last November, a really fun escape room adventure in Harlem. A small group from NYC GRINDHOUSE had challenged ourselves to try and escape from their Asylum, which was set up as an abandoned morgue where we had to figure out who killed John Doe. We did and it was an outrageously awesome time!

Unfortunately, the following month there was a fire at the Historical Graham Court Building that houses Hoodwinked Escape and they had to shut down for costly repairs and restoration. With generous donations of nearly $25,000 from the Harlem community and others to a GoFundMe campaign, owner Michele Ware was able to reopen on January 23rd with two totally new escape rooms. 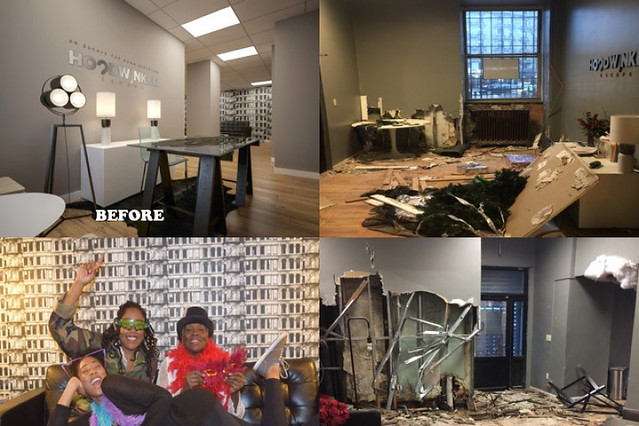 My girlfriend and I decided to try our luck at escaping another room. We joined three strangers and all became new agents at the Spy Academy. For 60 minutes we went through a series of challenges in an attempt to graduate from the Academy. Truth be told we didn’t graduate, but we came darn close! I don’t feel too bad about it though as this is the hardest of their four escape rooms and the graduating class is quite small.

For those of you who haven’t yet experienced an Escape Room I highly recommend you check out Hoodwinked Escape.  But just what is an Escape Room? A relatively new craze, escape rooms are physical adventure games where players are locked in a room and must use elements of the room to solve a series of puzzles and escape within a set time limit. Games are set in a variety of fictional locations, such as prison cells, dungeons and space stations, and are popular as team building exercises. 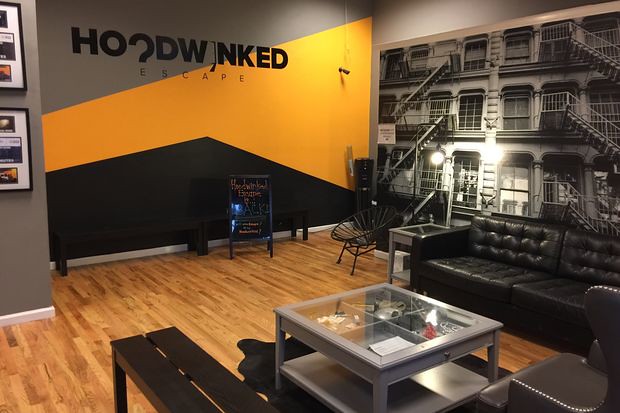 Founded by Michele Ware in 2015, Hoodwinked Escape has four unique rooms to choose your adventure from. In the Hangover Room you are back in college and the life of the party but are in some serious trouble. You threw the party of the century and someone stole your most valuable possession — the school mascot statue! Can you find it before the college dean arrives and catches on?

If you chose the Spirit of Harlem Room you must find Harlem’s stolen Crown Jewels of the past that make Harlem a Mecca of Soul. The Experiment Room is a human research project. You’re now a patient in Ward 116 and your only way out is for you and your team to bring back to life one of the most famous human subjects in history.

I’ve already told you about the Spy Academy, Hoodwinked Escapes hardest room, but maybe you’ll have what it takes to become their next Secret Agent… Michele and her staff view everything that goes on in the rooms from their control room and give out up to 5 clues as requested by players during their game. Hint: when you get stuck (and you will), don’t let your pride get in the way of asking for a clue. If you don’t, time will run out and you will get hoodwinked!

This is a very fun activity for just about any kind of group you can imagine. You don’t even need a group to play though as you can buy just a single ticket and then be paired with complete strangers and you’ll have to all work together to escape. Up to eight people can play at a time. For businesses hosting team-building events a psychologist even sits in and watches to see how people work together to solve the puzzles. How cool is that?!

Michele Ware is deeply appreciative of all the support she’s received from the Harlem community to rebuild after the fire. So are we, and we can’t wait to try our luck at escaping one of her other rooms again soon! If you’d like to see a short video on Hoodwinked Escape that was featured on ABC’s Channel 7 News, click here. 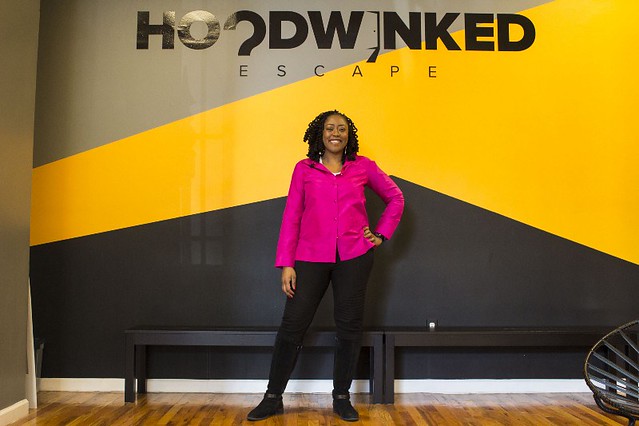 Hoodwinked Escape is open every day.