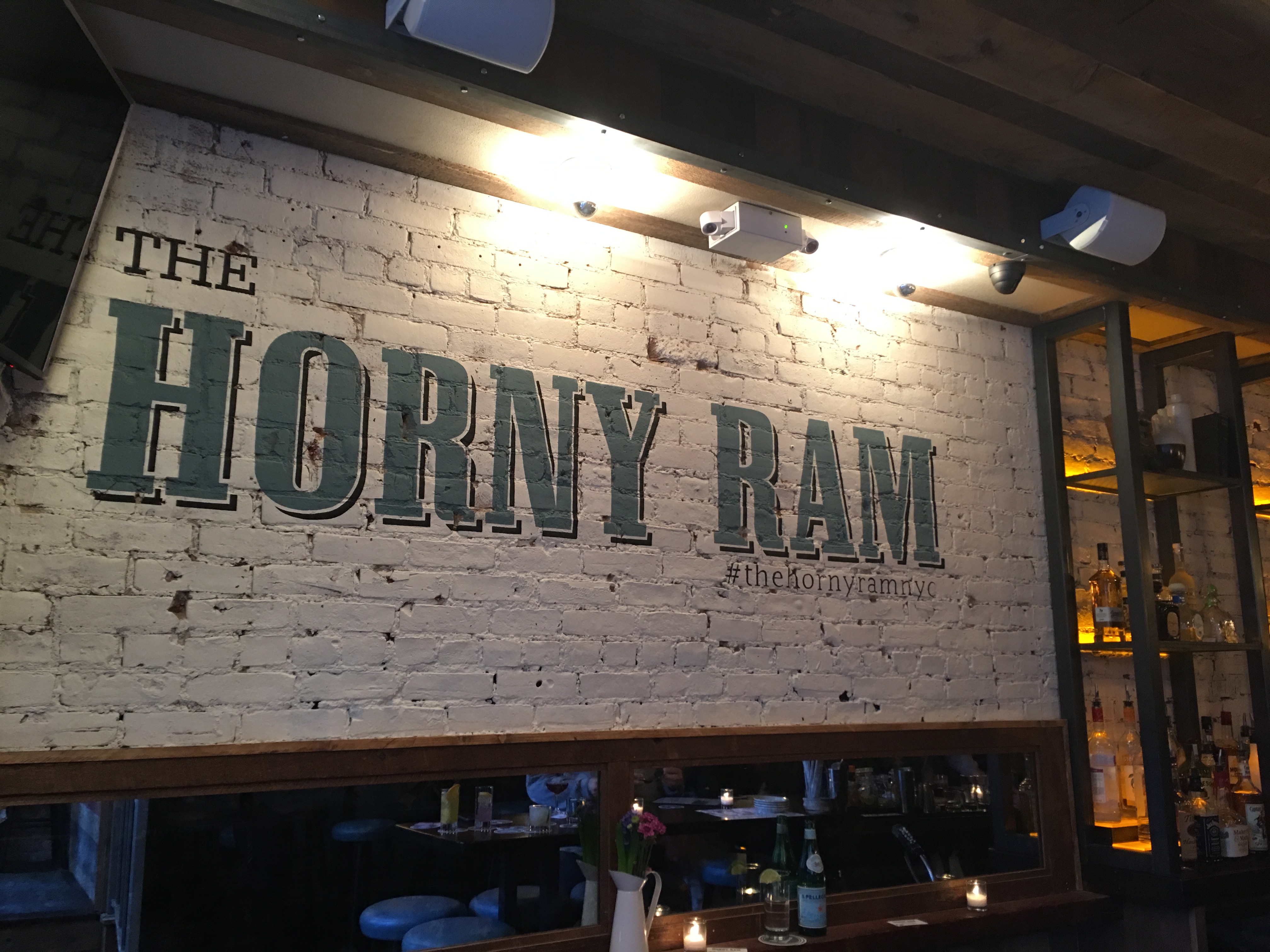 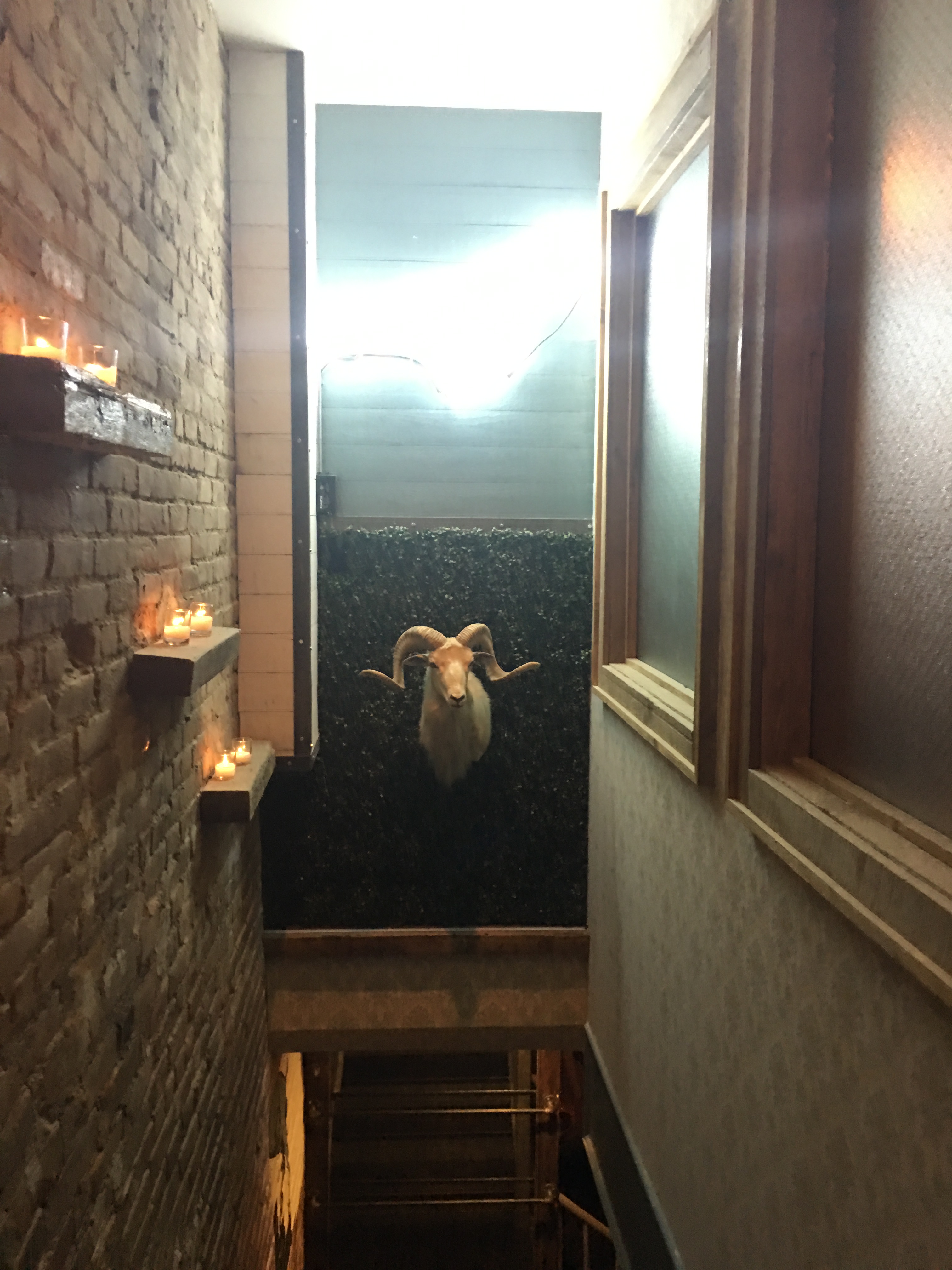 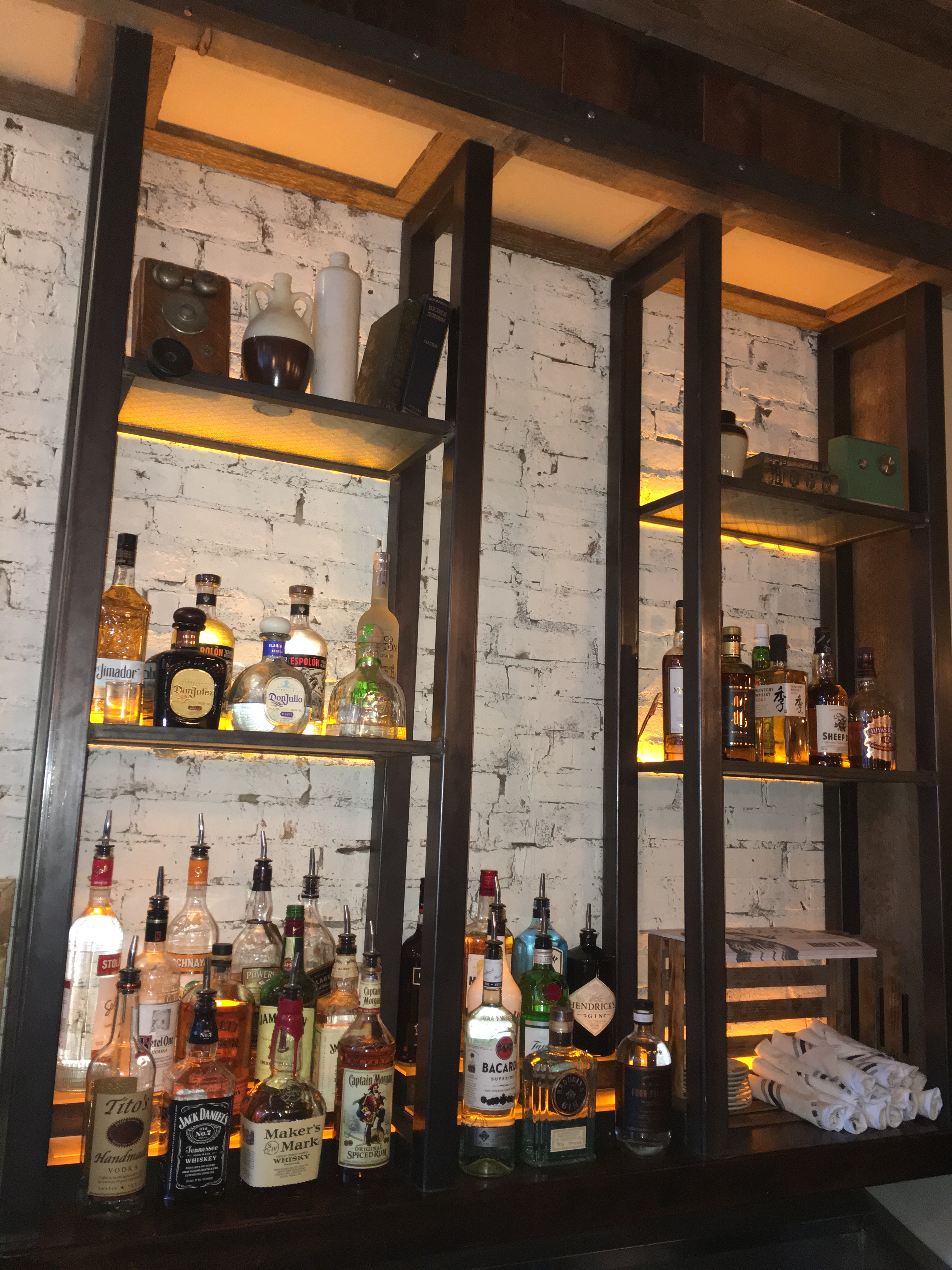 As my girlfriend and I weren’t working the next day, we decided to live it up and try as many cocktails as we could from their rather amazing looking drink list. First up was the #HornyInNewYork cocktail. Whether you’re single, married or somewhere in between you’ll enjoy this delicious concoction of bourbon, lemon, vanilla, orange bitters, and pinot noir. The Rye up my Alley with rye, sweet vermouth, creme de cacao, and mole bitters, won’t leave you disappointed one bit either. 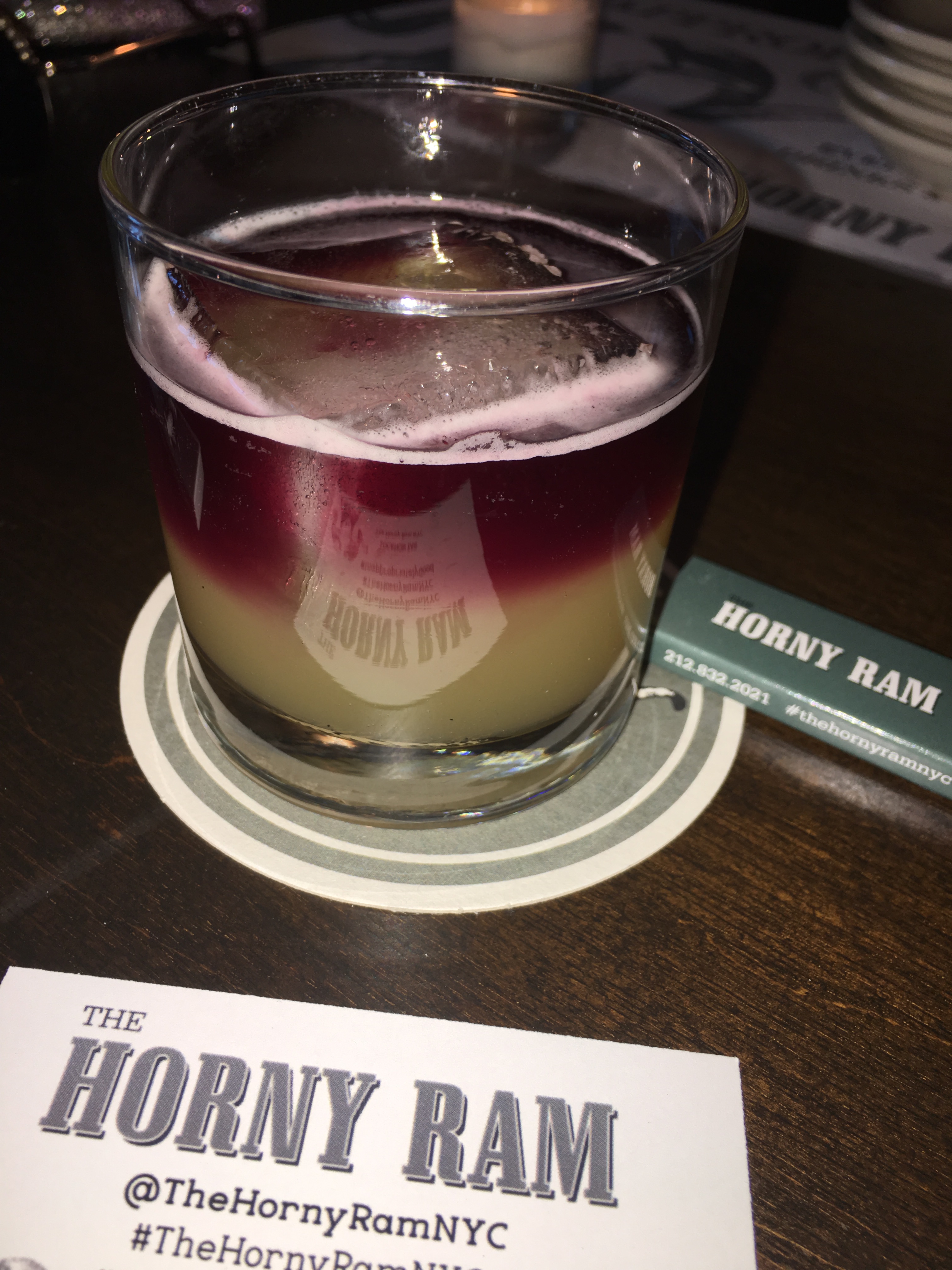 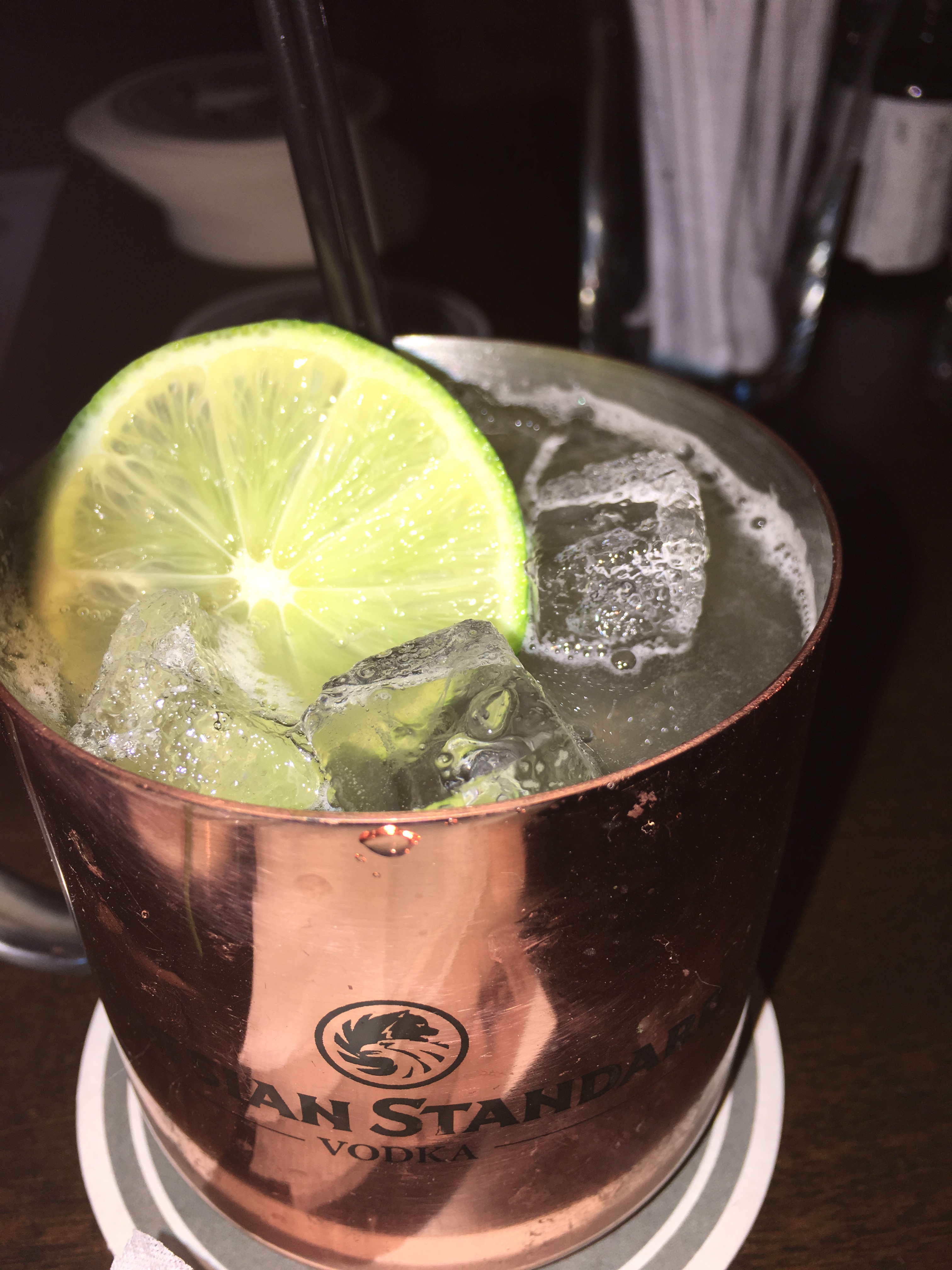 They have a full food menu too so we sampled some stuff before diving into our next cocktail. Very highly recommended are the Pork Belly BAO Buns: braised Pork belly, cilantro, crispy shallots, and kewpie mayo. These babies are bad ass! The Blistered Brussel Sprouts are really good too, with toasted almond, Spanish chorizo, and honey. You must also try their Stuffed Jalapeño Poppers – how could you not? 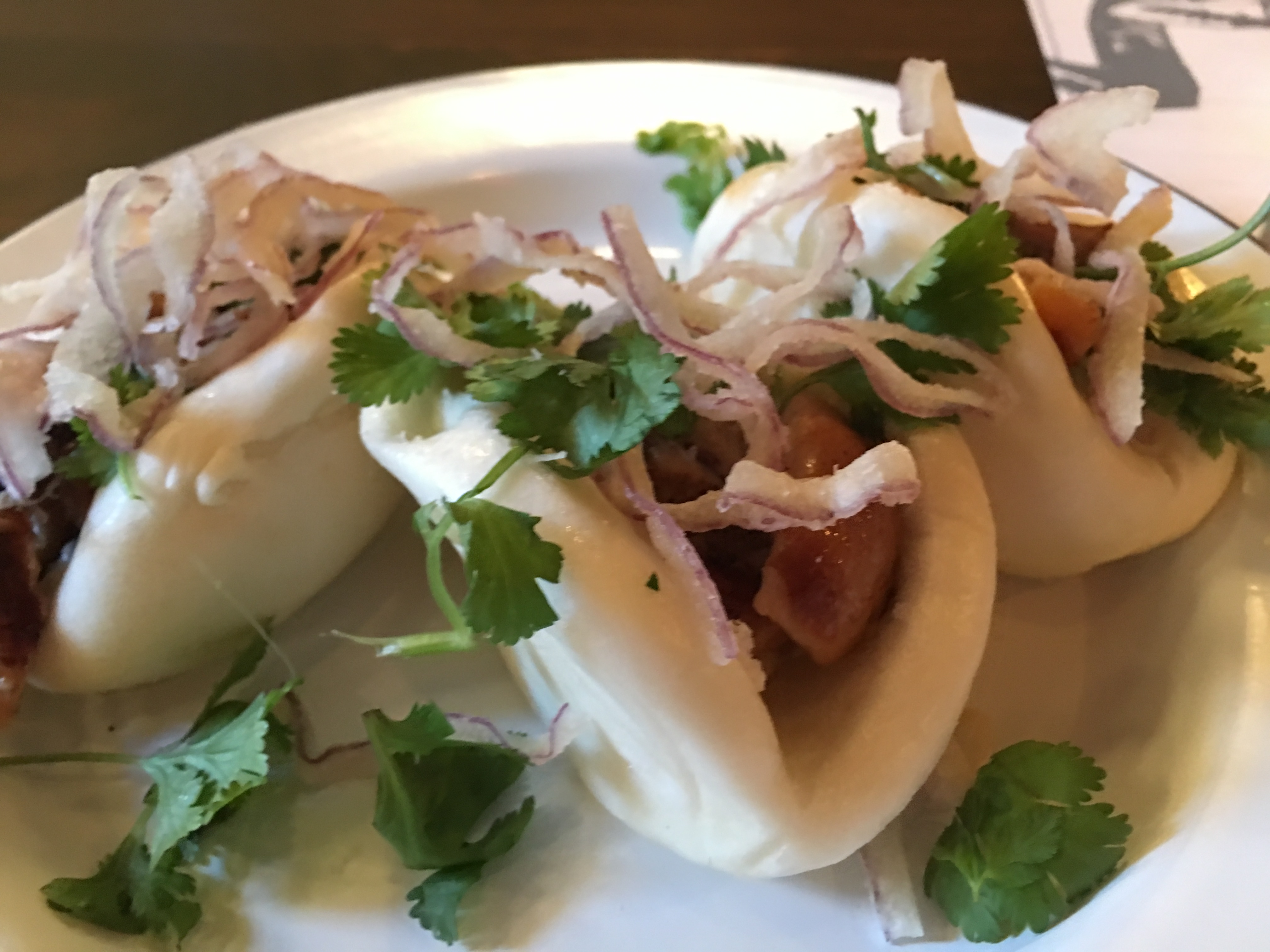 On my sweetie’s wishes we took a break for some more grub and tried their Buffalo Chicken Nachos and Crispy Spicy Cauliflower. Trust me on this as it’s not just the alcohol talking here – the cauliflower is DELICIOUS! Perhaps not the most popular bar snack to get with your bros because it’s, well, “healthy.” But we definitely recommend ordering it, along with the Crispy Shrimp Tacos either. 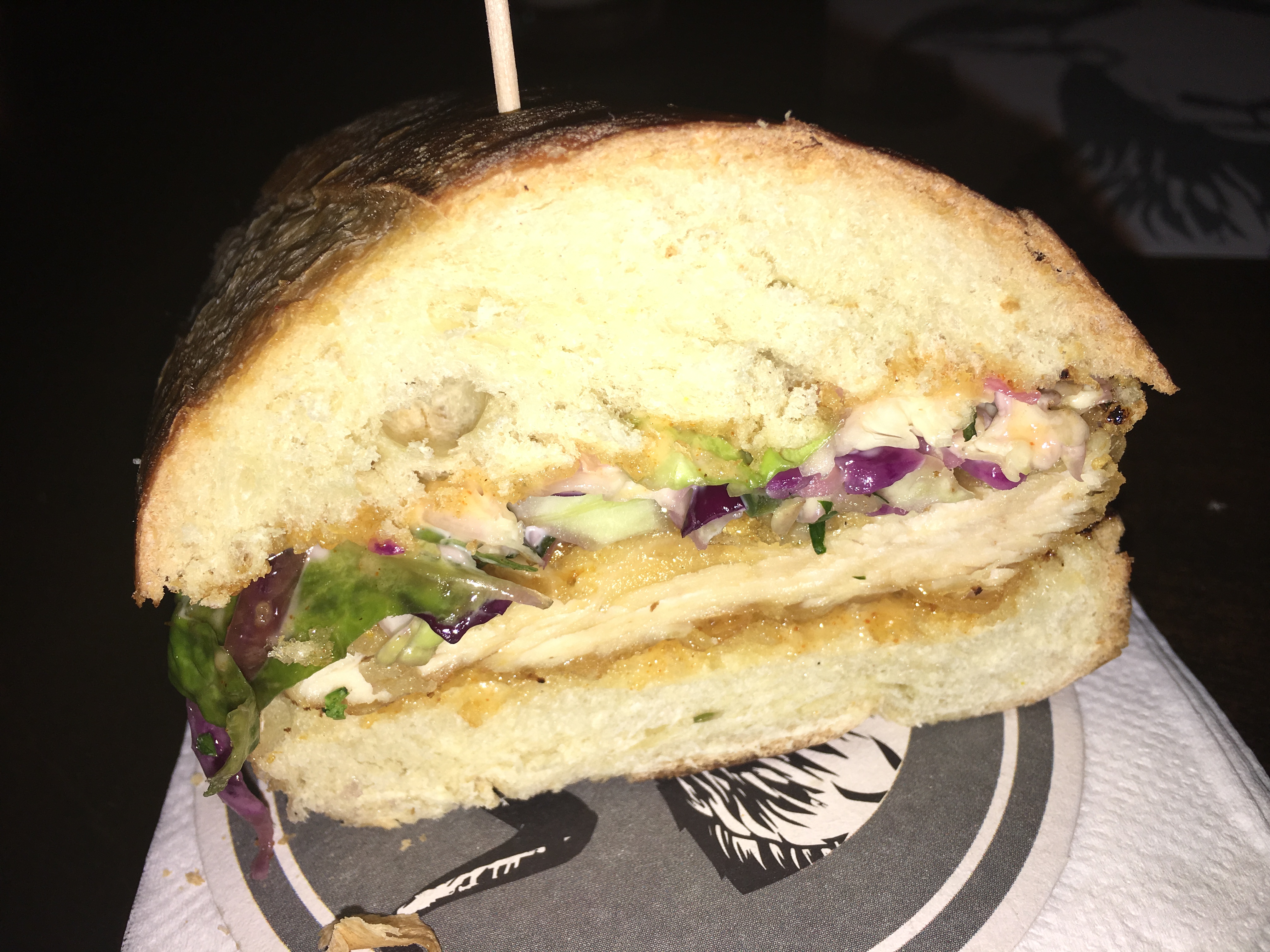 I was one drink ahead of my girl already but we decided to try two more creations from the bar: the Garden of Heat-En with tequila, basil, spicy honey, and lemon, and the Feeling Peachy with Mezcal, peach, lime, Elderflower, agave, and sea salt. The Heat-En had some kick to it and I don’t just mean the tequila. Nice and spicy just how I like it! Feeling Peachy was nice too. We enjoyed sipping the spicy Heat-En following with a sip of the sweeter Feeling Peachy, and you will too!

Although we were well on our way to dancing on the ceiling from the damn fine cocktails we’d had we couldn’t leave without finishing the menu, and that meant ordering their last creation, The Drink Formerly Known as… And yep, you guessed it, it’s Purple! Made with gin, lemon, lavender syrup, blue flower tea, and club soda, it was one of the most popular drinks of the evening. 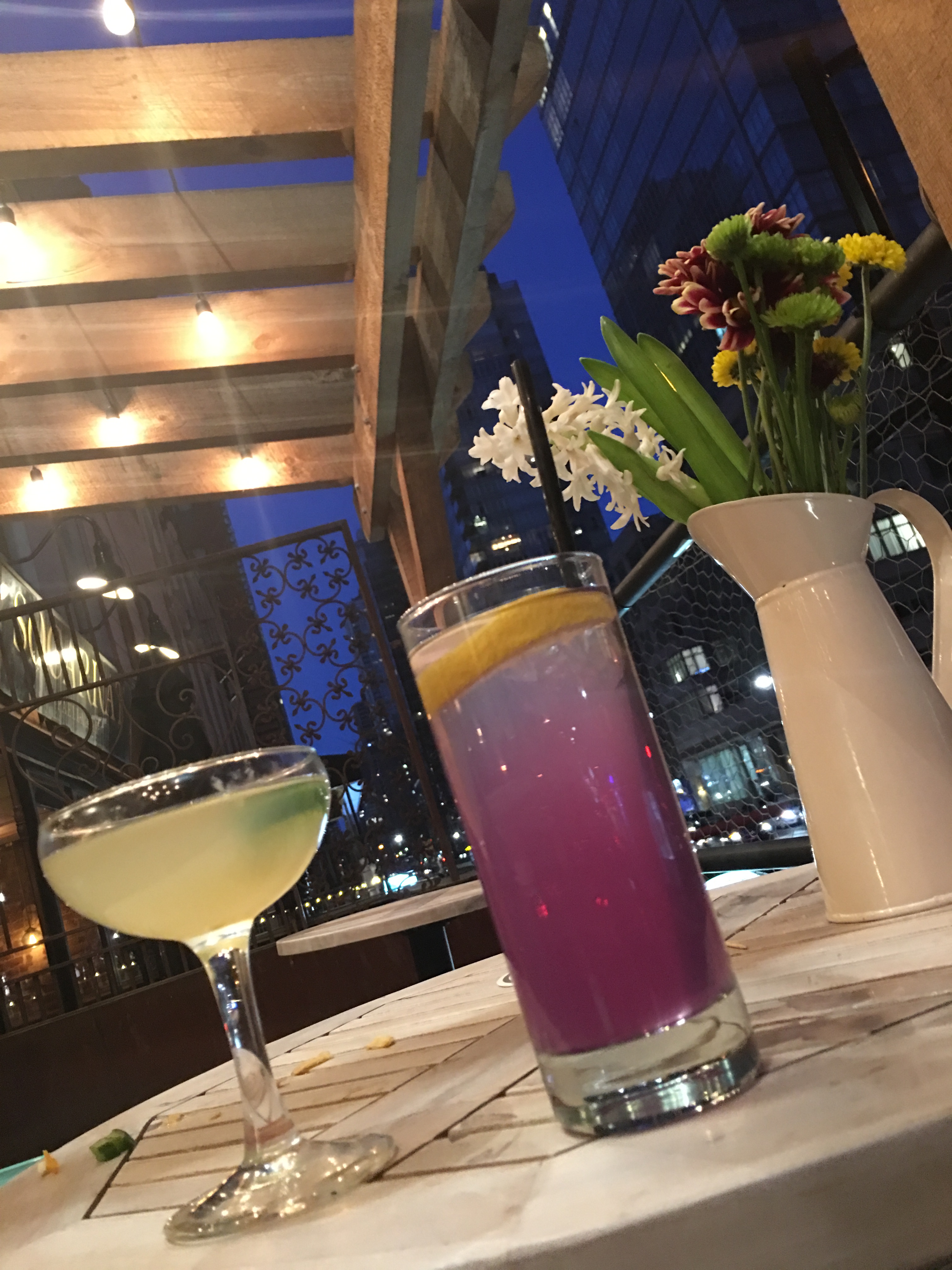 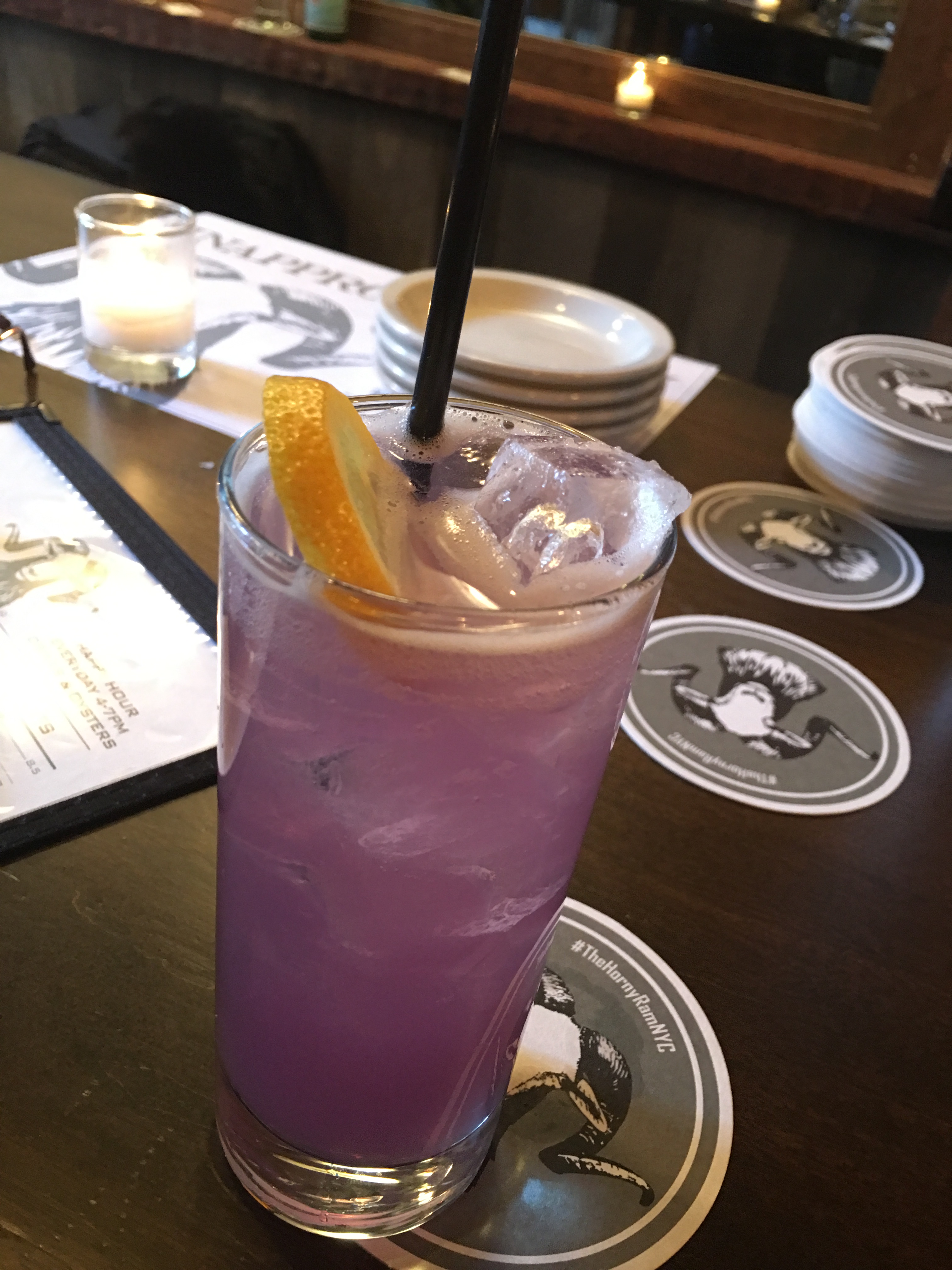 I really liked this place but don’t tell my crew with the Westies… Oh, and did I mention they have a Bottomless Brunch [pants optional] for 90 minutes with unlimited Bloody’s, Mimosa’s or Bellini’s for just $19? Check it out this weekend!