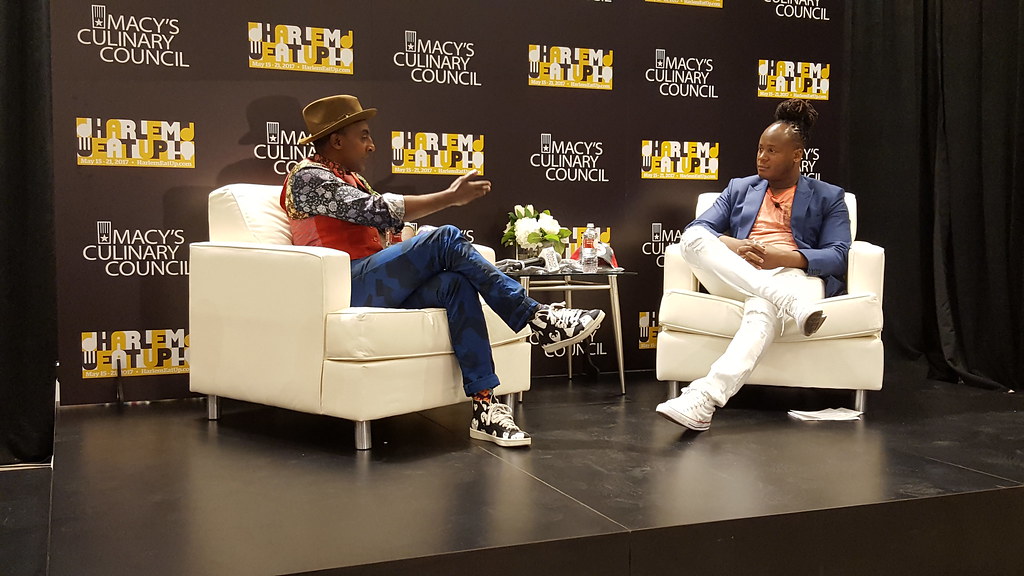 Last week I attended the preview for Harlem EatUp held at Macy’s Herald Square. Harlem EatUp is an annual festival that celebrates the food, culture and spirit of Harlem, this year taking place from May 15th through the 21st. Friday’s celebration also highlighted Chef Marcus Samuelsson’s partnership with Macy’s and promoting his new book, The Red Rooster Cookbook: The Story of Food and Hustle in Harlem.

The event was a combination of taking “Harlem Downtown” just for a moment and to showcase the people, the food, the music and the hustle and bustle of Harlem. Harlem has transformed over the years but not what it stands for and what makes Harlem truly unique. 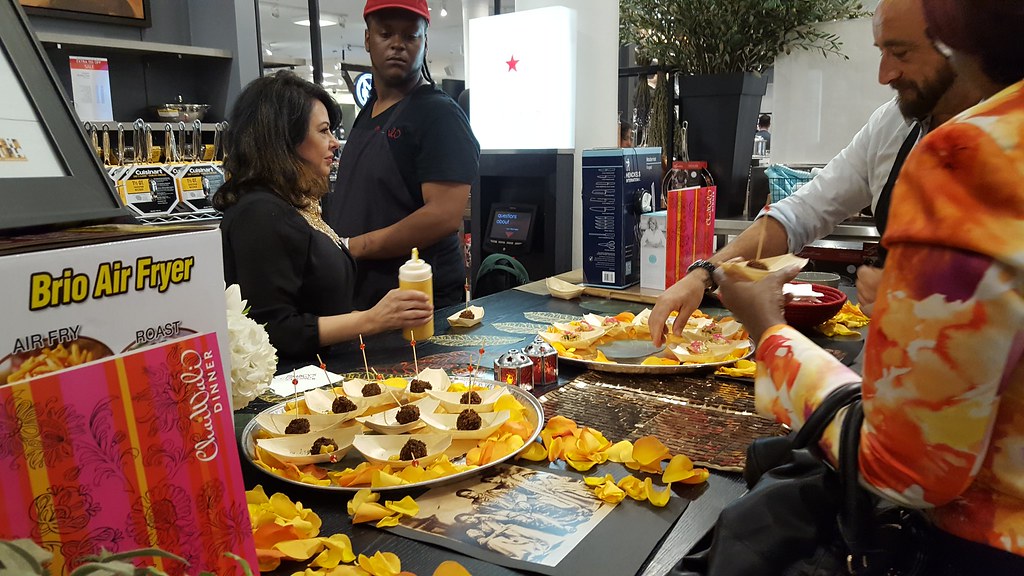 We were introduced to Karl Franz Williams, who was the co-host of the evening, a Yale Alumni who transformed his love of mixology into a business and now owns 67 Orange and Solomon and Kuff in Harlem. Together Karl and Marcus took us through Marcus’ achievements and his love of giving back to the community.

I do not think there were many people at the event they did not already know in some way or another, and he had taken the time to get to know the people from the neighborhood. Karl and Marcus spoke about their love of Harlem and what made Harlem their home. It was this love of Harlem that inspired Marcus to start Harlem EatUp. It was a way to engage the people of Harlem and people from around New York to come to Harlem to experience all they have to offer. Harlem is a neighborhood which has exploded on the culinary scene and chefs from Harlem and from far away have come to take part in the new culinary center, from Melba of Melba’s to Anita Trehan’s ChiaWali from India. 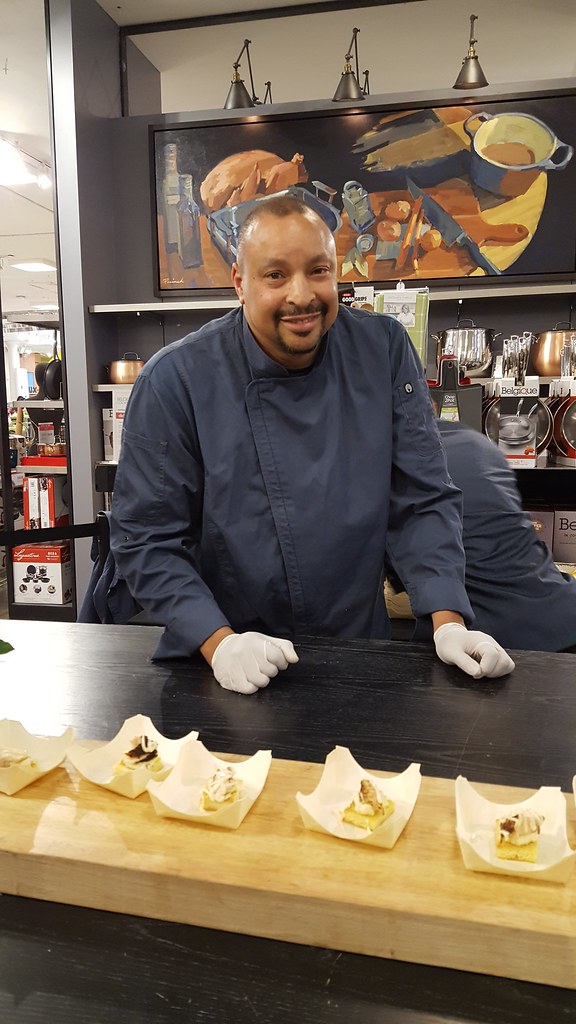 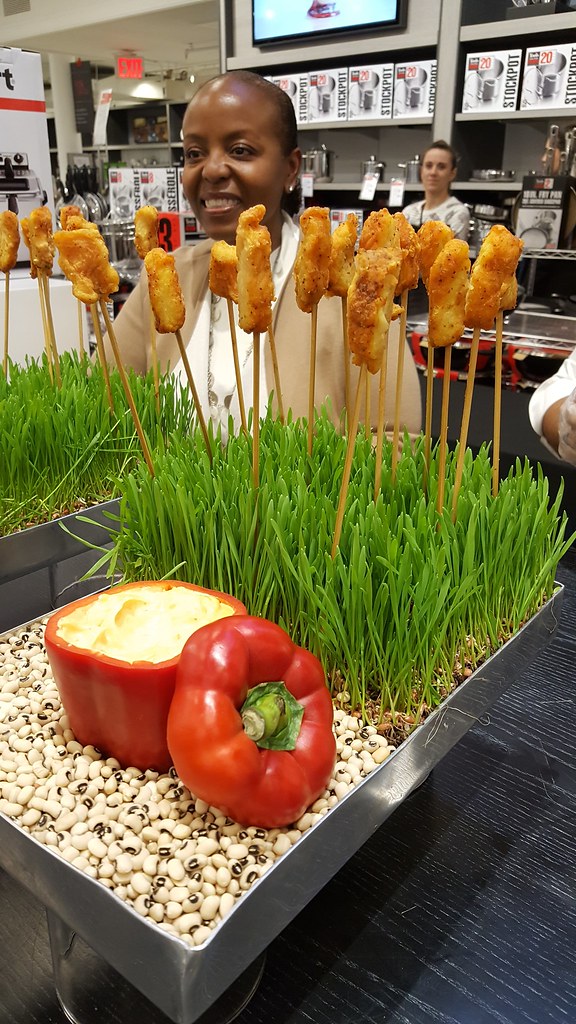 The food was great. A few dishes I want to call out was Melba’s Love on a Stick, which is catfish with a chipotle sauce. If you have not visited Melba’s yet in Harlem you seriously have to go. Red Rooster’s Arctic Char Taco was so yummy. Marcus has a big heart and has a great history so I do encourage you to take a peek at who he is and stop by Red Rooster. I promise, he will be your first chef you will follow.

Vinateria is an Italian restaurant in Harlem and they presented their Olive Oil Cake with Mascarpone and Berry Compote. Can I just say that I could eat the compote any time anywhere, just had me a big spoon! 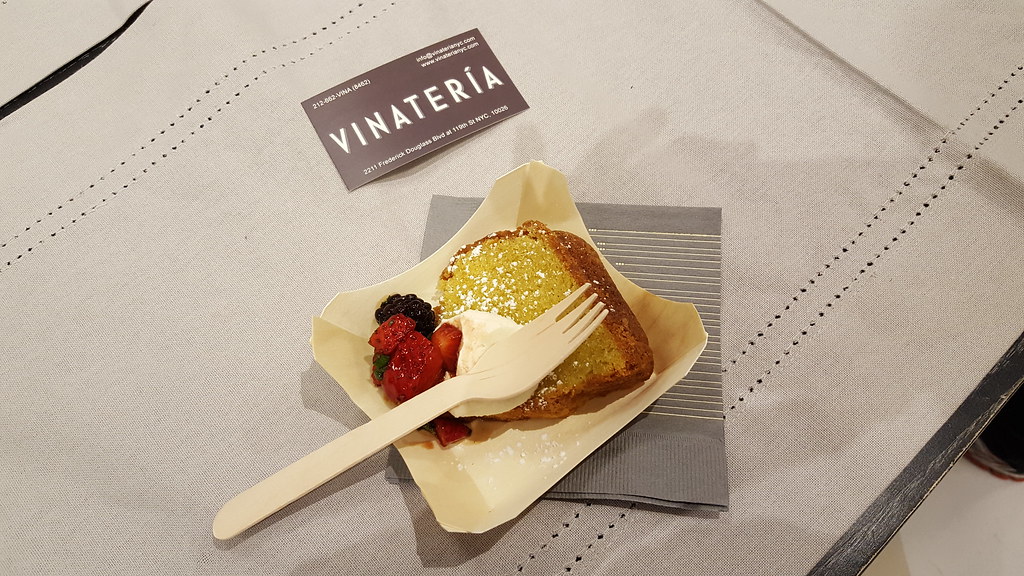 Well, I could keep going but all I can say is go to Harlem EatUp, get to know Harlem a bit better and enjoy. It is an experience that your taste buds will thank you for! Check out the full schedule of events here!