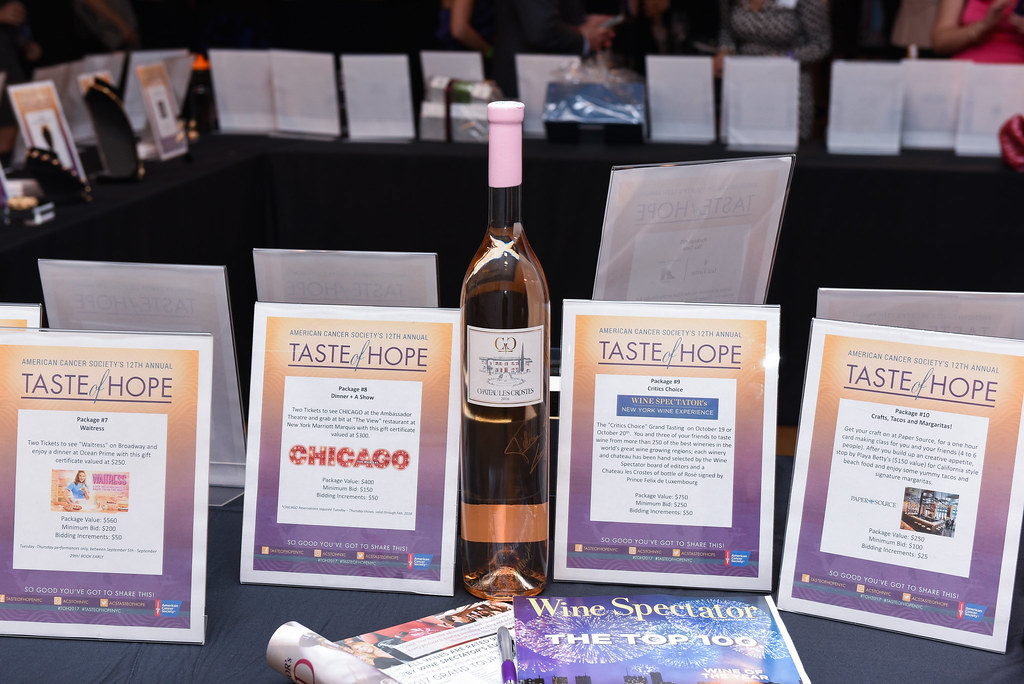 Earlier in May my husband and I were excited to attend this year’s Taste of Hope event, American Cancer Society’s signature culinary, wine, and spirits event featuring some of New York’s most popular restaurants and beverage vendors.

Think of this as eating and drinking for a cause and one which has not only affected both of our families, unfortunately, but I’m sure has also affected a lot of those who are reading this. 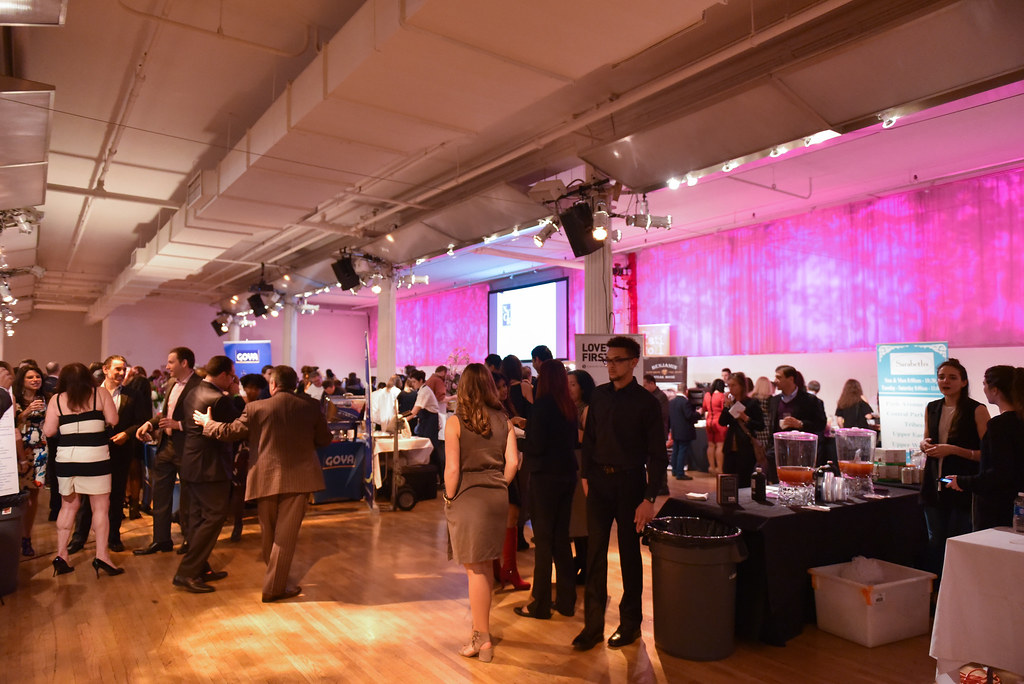 Now in its 12th year, the event has raised over $1.9 million to support the American Cancer Society’s mission and goal of eliminating cancer as a major health problem.

To help raise money were an array of silent auctions for people to bid on, everything from fun weekend getaways to a premium experience with the New York Yankees, a live-auction for a pair of house-seats to see Hello Dolly starring Bette Midler, private seating at VIP tables for 5 or 10 people each, and even some fun games such as a blind-choosing of a variety of wine bottles for a $25 donation. 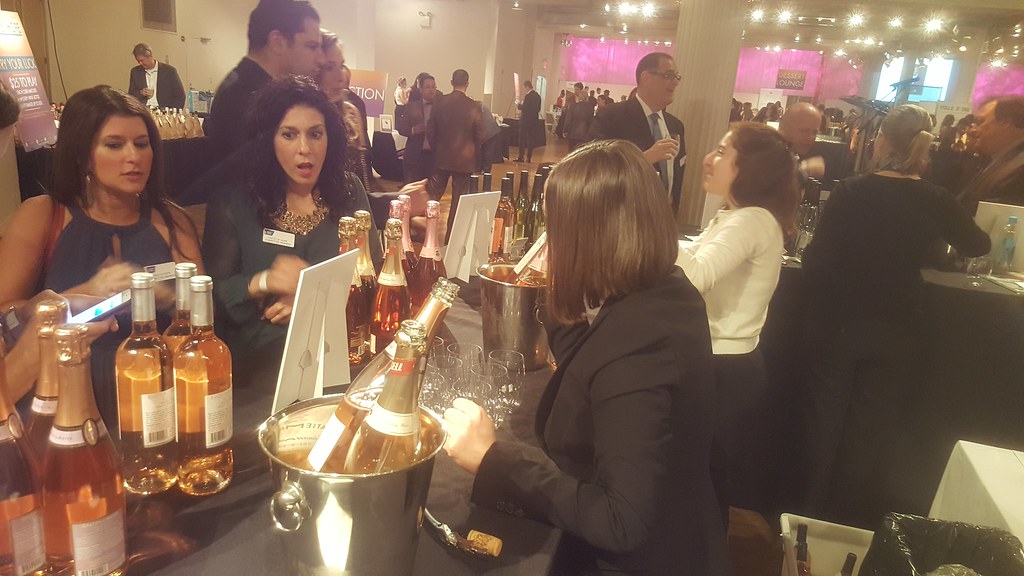 We both tried a variety of delightful foods from a multitude of restaurants. Our favorites included some meatballs from Gran Morsi, the ricotta gnocchi from The Smith (my husband thanks you for the cap), the chicken tikka from The Kati Roll Company, and the Tea Smoked Scottish Steelhead Trout from The Lodge at Woodloch. 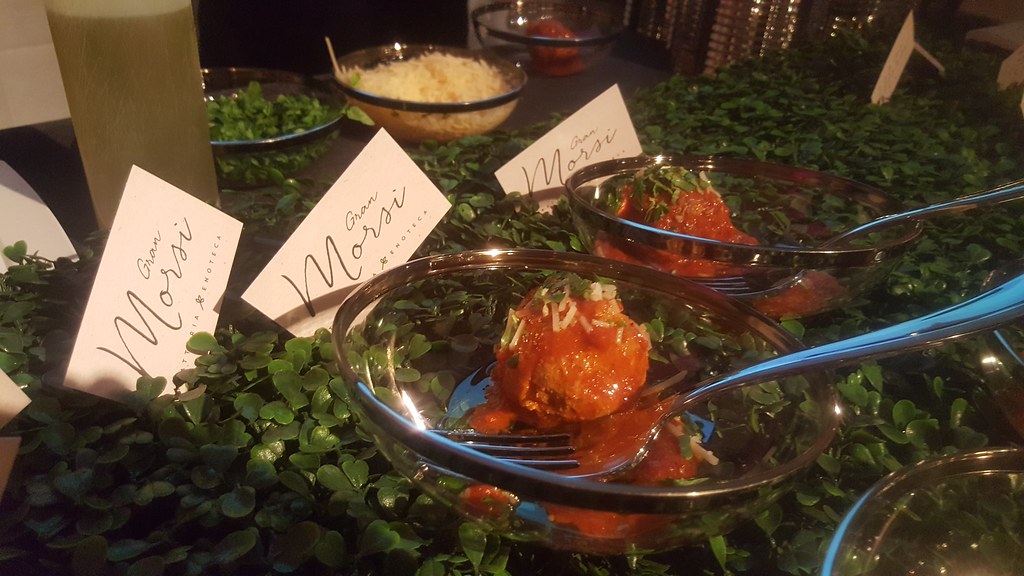 I want to give a special shout-out to Chef Josh Tomson, Executive Chef at TREE Restaurant and Bar inside The Lodge at Woodloch, as he and his team not only made the trek all the way to this Manhattan event from the Poconos. As I wasn’t feeling all too well this particular evening and headed home early, he gave my husband an entire vacuum-sealed piece of the smoked trout to bring home to me so as to enjoy a bit of “home” being that I grew up with smoked fish in Denmark. By the way, Brooke, we just might take you up on that offer you made to my husband for us to visit the spectacular property you all have in Hawley, Pennsylvania and see what Chef Josh is cooking up. 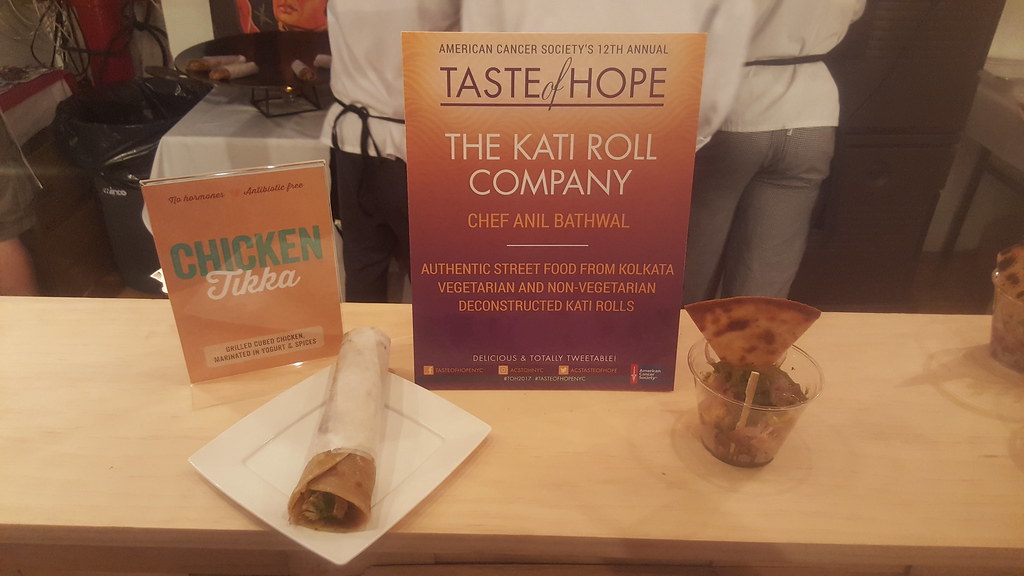 On top of appetizers and entrees galore, Vinitaly and Wine Spectator each hosted their own wine bars at the event but, to the delight of myself and the extreme delight of my husband, there was an entire Dessert Lounge on-site. Like a kid in a candy shop, and almost literally that since we’re talking about desserts, let the sugar rush commence! Not that you can really lose with any dessert but the stand-outs this night had to be the triple-variety of banana puddings from Magnolia Bakery and the EIGHT different ones to choose from Insomnia Cookies. 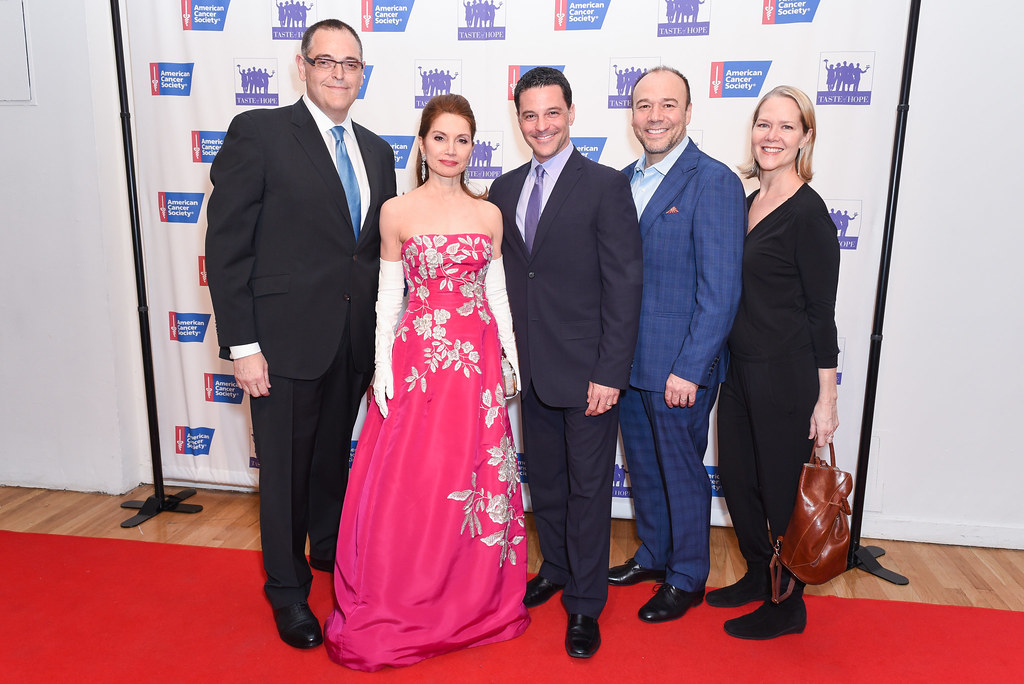 With our stomachs full and the coffers of the American Cancer Society a little bigger we head home knowing that people still care and hopefully, one day – ONE DAY – a cure will be found for the second leading cause of death in our fair country.

Photos by Patrick McMullan and by Socially Superlative