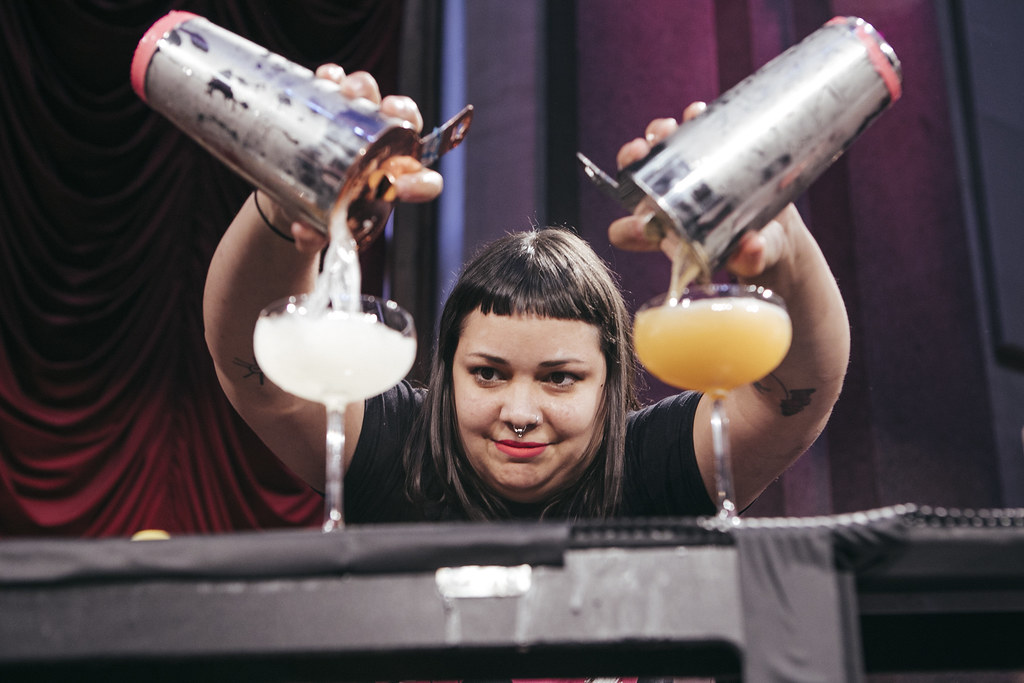 I’m a child of the 80s. I saw Cocktail with Tom Cruise just like you did. I’ve tried making the Hippy Hippy Shake a few times and shattered more than a few glasses. I’m more skilled in drinking my cocktails than making them. So when my girlfriend and I were invited to attend the Speed Rack National Finals Cocktail Competition at The Weylin we had to go. 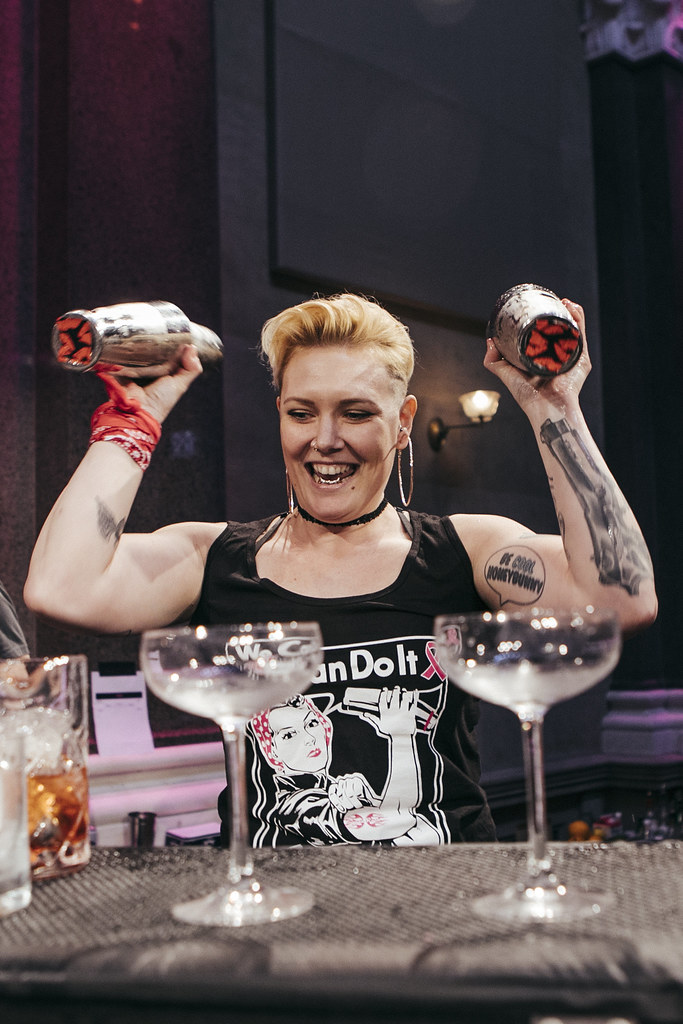 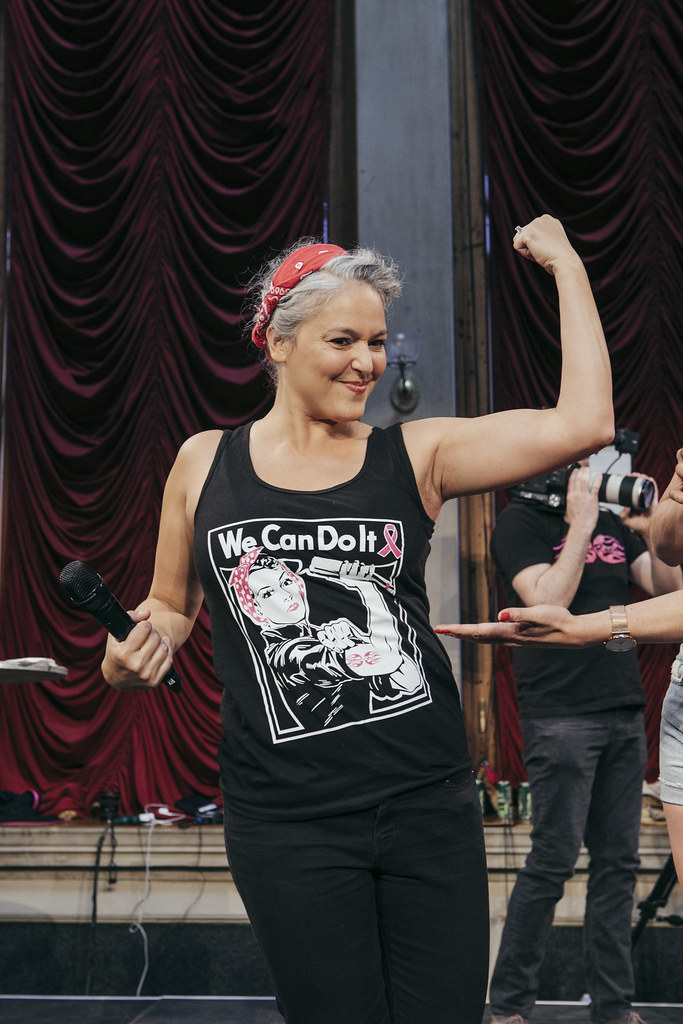 But just what is the Speed Rack Cocktail Competition?  Founded in 2011 by nationally acclaimed bartenders Lynnette Marrero and Ivy Mix, Speed Rack is a nationwide competition where top female bartenders in the cocktail industry compete head-to-head in timed challenges making drinks, all for the purpose of raising funds for breast cancer charities.  To date they’ve raised more than $550,000 for charities supporting breast cancer research. 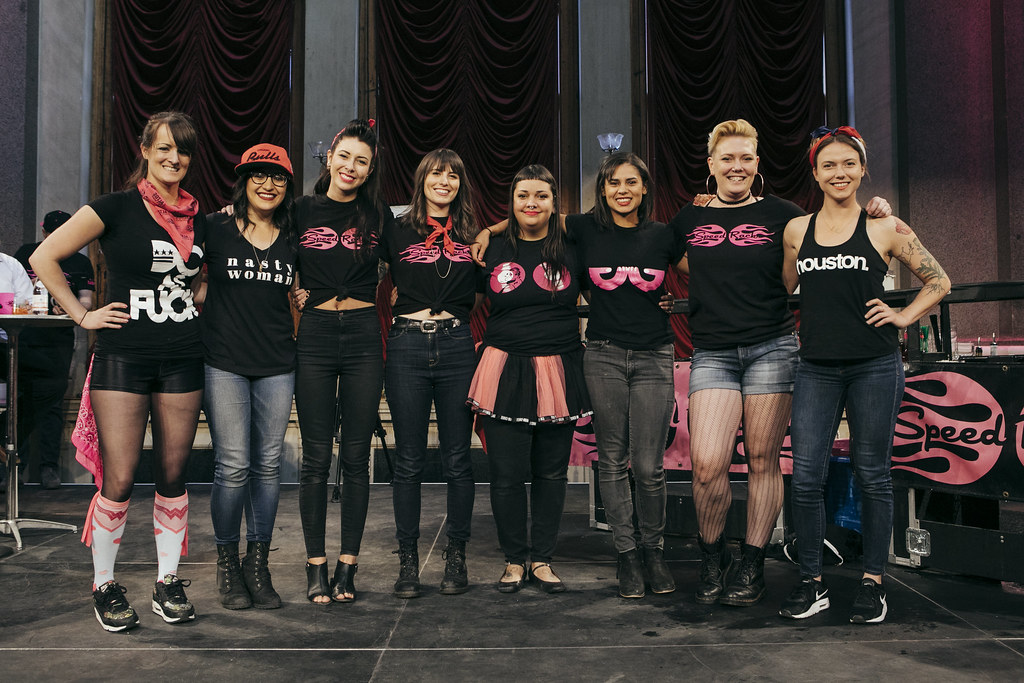 This year the National Finals Competition was held at The Weylin, a beautiful event space at the historical former Williamsburg Savings Bank which was built around 1875. 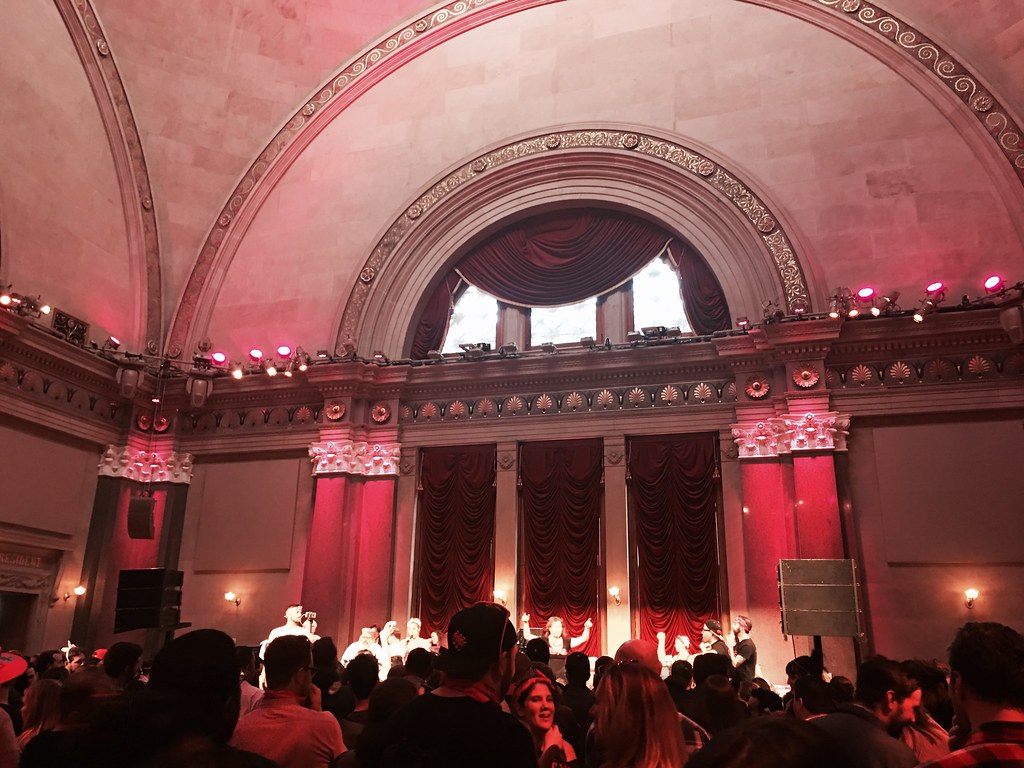 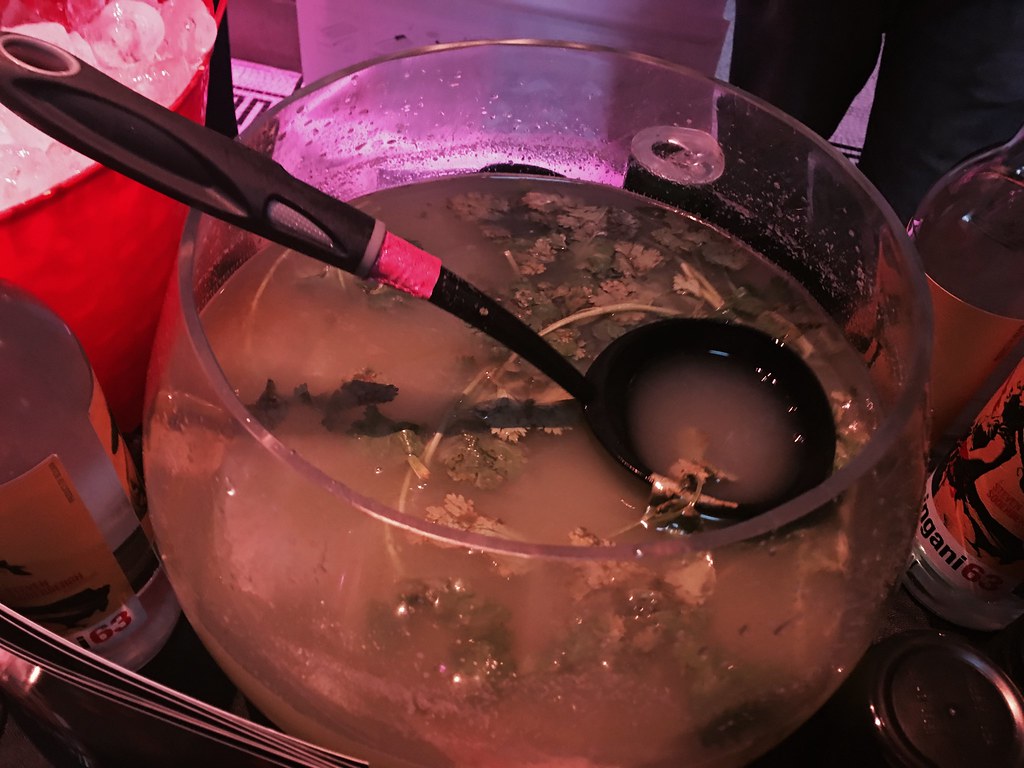 Nearly 200 bartenders from across the country, from Chicago, NYC, Seattle, San Francisco, Atlanta, Houston, Boston, and Denver, took the stage to compete in heats to make rounds of cocktails culled from a list of 50 accepted industry-standard classic recipes judged by a panel of leading cocktail-world luminaries who rated each drink based on prep time and accuracy. 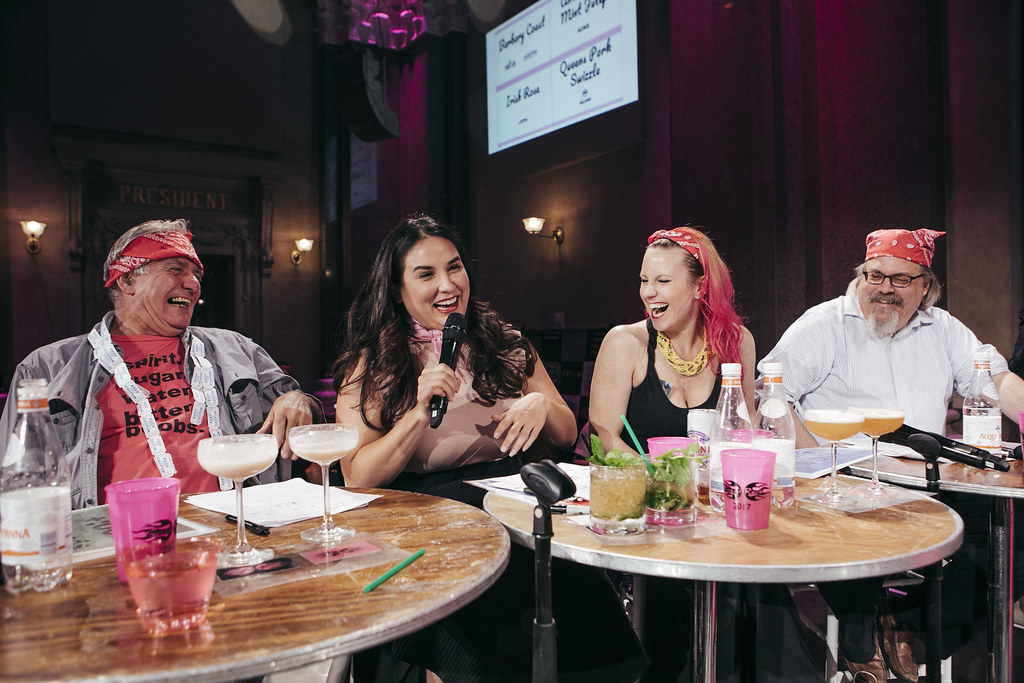 The competition was fierce, but Chicago’s Mony Bunni, bartender at Boleo in the Kimpton Gray Hotel came out on top, being crowned Miss Speed Rack USA 2017! 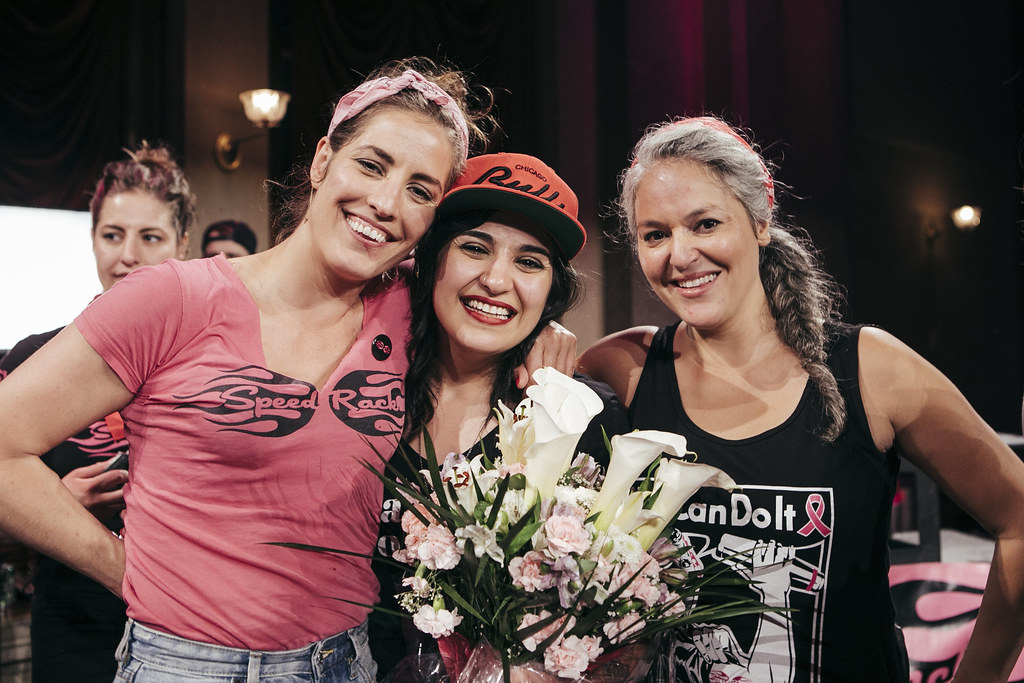 Many thanks to Pernod Ricard who have been the main sponsor since the inception of the event 6 years ago, who continues to believes bartenders play one of the most important roles in the hospitality industry and is committed to seeking ways to develop, educate and empower the bartender community and lead innovation across the industry as a whole. This year both Jameson and Altos were platinum sponsors of Speed Rack.

My girlfriend and I had a great time watching the competition and sampling many of the the incredible cocktails being made from the sexy bartenders throughout the auditorium. We had such a good time we had to take an UBER home, if you know what I mean…

Photos by Shannon Sturgis and by Socially Superlative