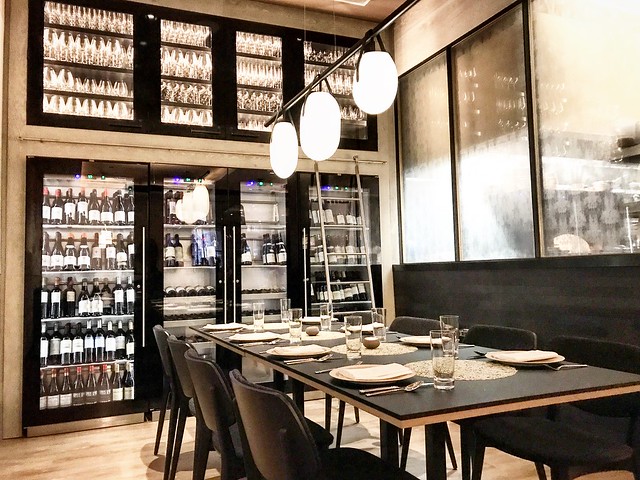 Earlier this spring acclaimed chef and restaurateur Jose Garces opened his latest restaurant, Ortzi. Following the opening of Amada in 2016, Ortzi is a Basque-inspired restaurant which Chef Garces opened together with Chef de Cuisine Michael Han, previously of Bouley and A Voce. The restaurant is within the LUMA Hotel Times Square – but for the sake of local New Yorkers who think they have to traverse through Times Square to get here, it is on the side close to Bryant Park.

The main dining room is a large open space with visibility to all the action in the kitchen. The restaurant provide an intimate setting for those on a date, but is also suitable for large groups and corporate functions. A separate bar area towards the front of the hotel has more of a lounge setting where guests can also order from the full menu. 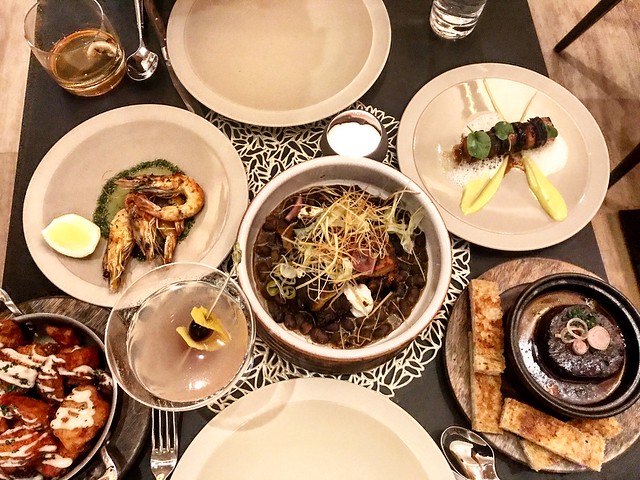 Speaking about his inspiration for Ortzi, Chef Garces says:

“I was introduced to Basque Country cuisine early on when I was living in Spain as a young chef. There was a familiarity to the dishes that reminded me of the Latin dishes I grew up eating, but at the same time it was something completely new. Basque cuisine helped shape the chef I am today, and so it was a real passion project to be able to revisit those dishes to create the Ortzi menu. I am excited to partner with LUMA to be able to share my love of Basque Country cuisine and culture with New York.” 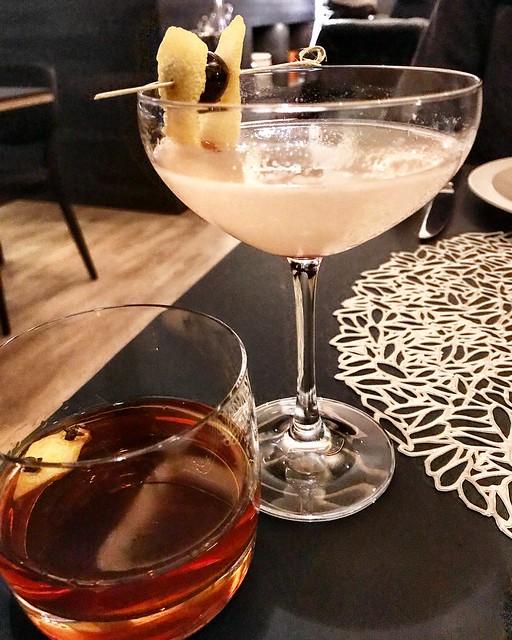 We began our meal with a few cocktails to whet our appetites. For something on the lighter side, I opted for the Baiona Sour, which is vodka, Pacharan, grapefruit juice, and Giffard Wild Elderflower Liqueur, a beautiful blend of citrus and floral flavors.

For something on the stronger side, go for the Aragon Special, a blend of Lustau Brandy de Jerez Solera Reserva, Bigallet China-China Amer, Licor 43, Peychaud’s Bitters, and La Muse Verte Absinthe. It takes a truly skilled bartender to know how to put all those ingredients together and make it a palatable cocktail! The beverage program is curated by General Manager Ron Morgan, previously of Boqueria and The John Dory Oyster Bar. The wine list focuses on the Basque region, but also includes selections from all over Spain and France. 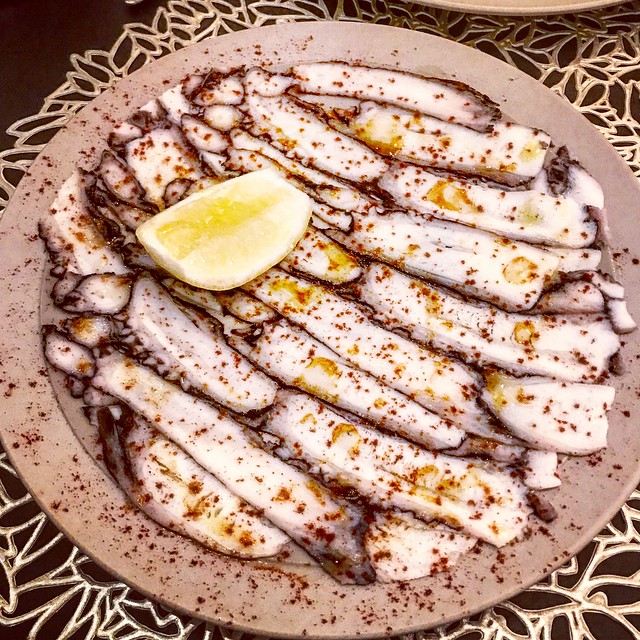 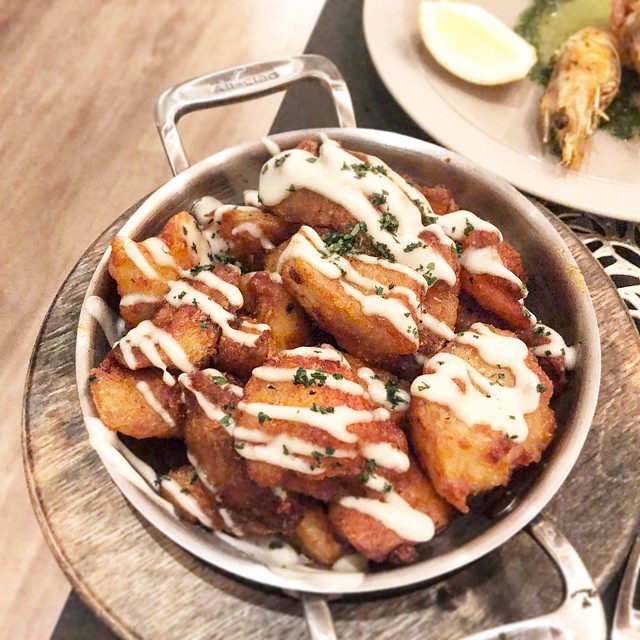 For the starters, we began with the Pulpo braised octopus with garlic and pimentón. The octopus was thinly sliced, each slice laid flat to cover the entire plate. I’ve never seen octopus presented like this before, which gave an illusion that there was more than you were actually eating. I definitely could have used a second portion. We also had the Patatas Asturianas, a familiar potato tapas dish, to tide us over. 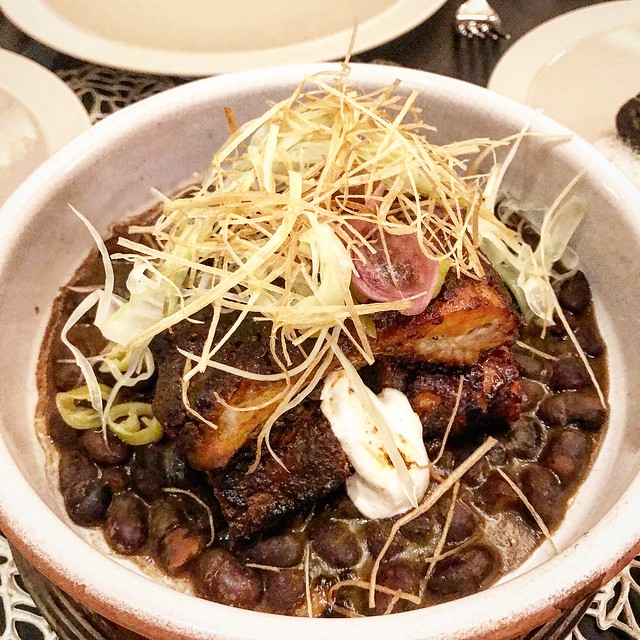 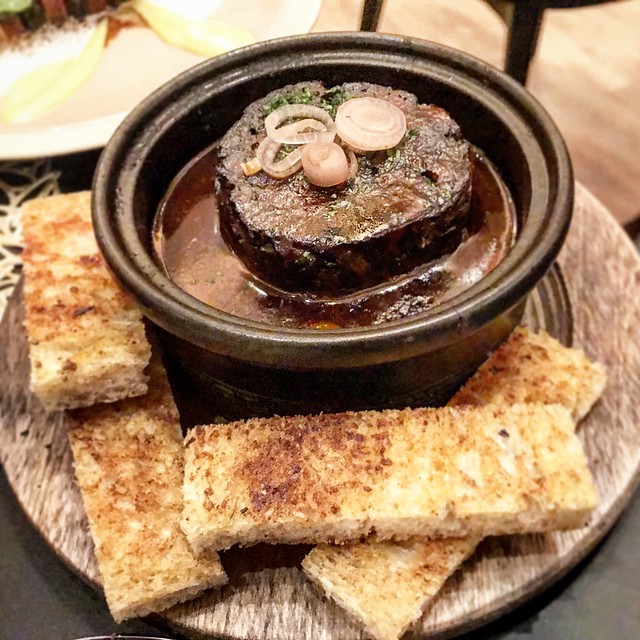 For the main course, we filled up on hearty meat dishes. The Costillas de Cerdo pork ribs were crispy yet tender and laid atop a bed of black bean stew and guindilla peppers that complemented the pork ribs very well. Another delicious and filling dish was the Rabo braised oxtail with chick peas in a tomato and fennel sofrito sauce. 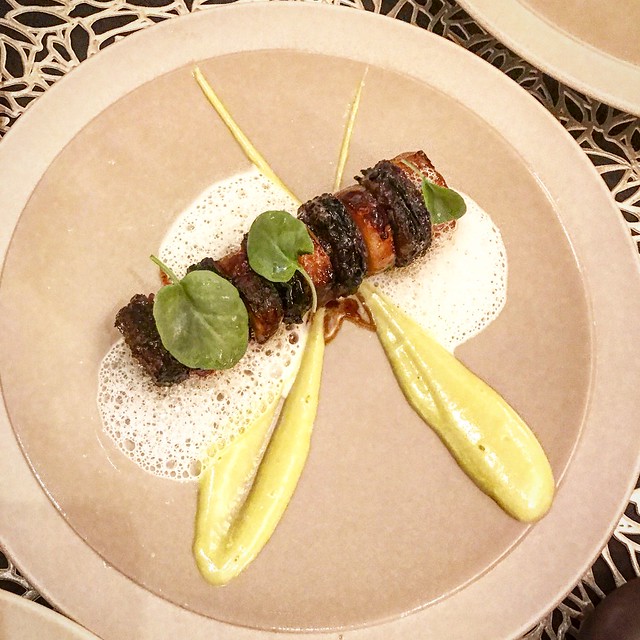 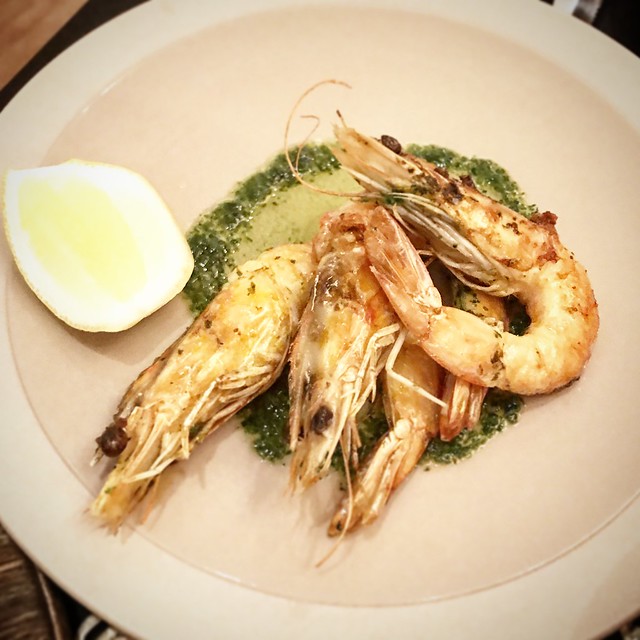 To try something a bit more unusual for me but is staple in Spanish tapas, we ordered the Morcilla blood sausage, which was sliced with alternating pieces of roasted apples. The sweet and salty provided an interesting mix for a truly unique dish. We rounded out our meal with a touch of seafood and ordered the Gambas Spanish prawns which had touch of garlic and lemon sauce. 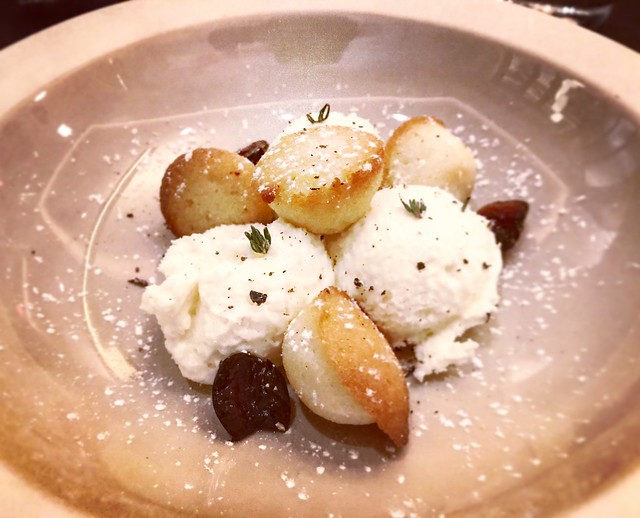 Make your next fine dining reservation at Ortzi, and come with a group to share all of the great tapa offerings!