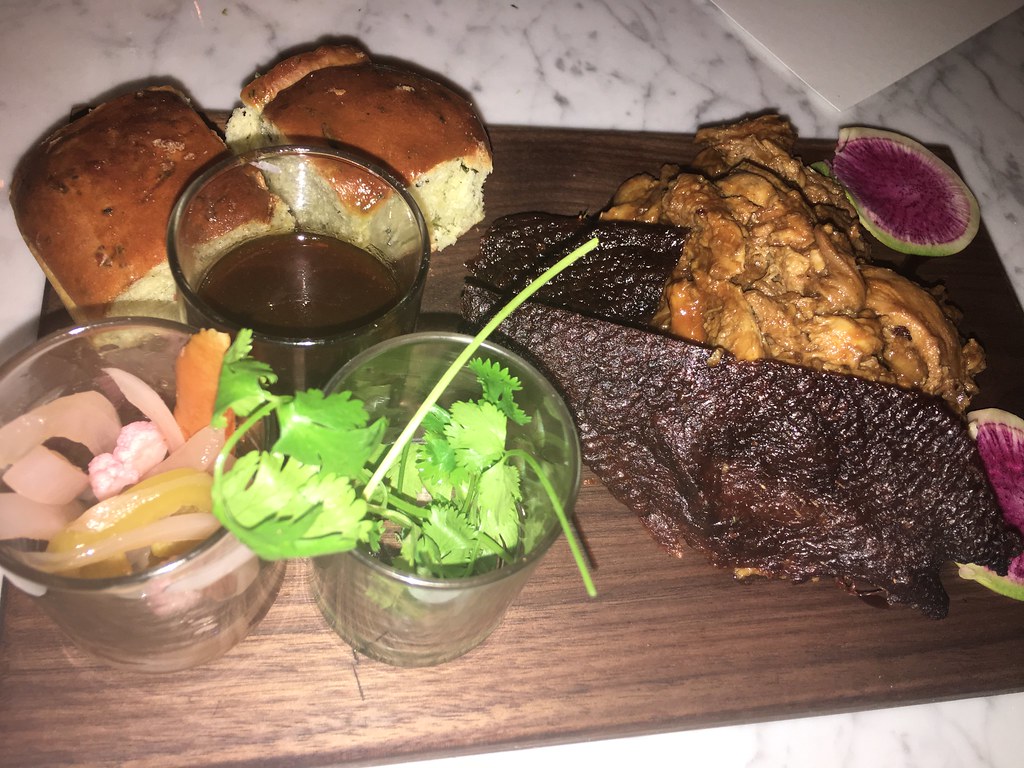 Not every New Yorker has a car, but those that do should definitely take a short trip off the island to visit City Perch Kitchen + Bar in nearby Dobbs Ferry.

Only 13 miles north of Manhattan, City Perch Kitchen + Bar is located right beside the iPic theater in Rivertowns Square, a quaint shopping center in Westchester. I’m one of the lucky ones that has wheels and my girlfriend and I leave the island quite often to see what else is beyond the Big Apple, and last week we were invited to a special media dinner at City Perch. 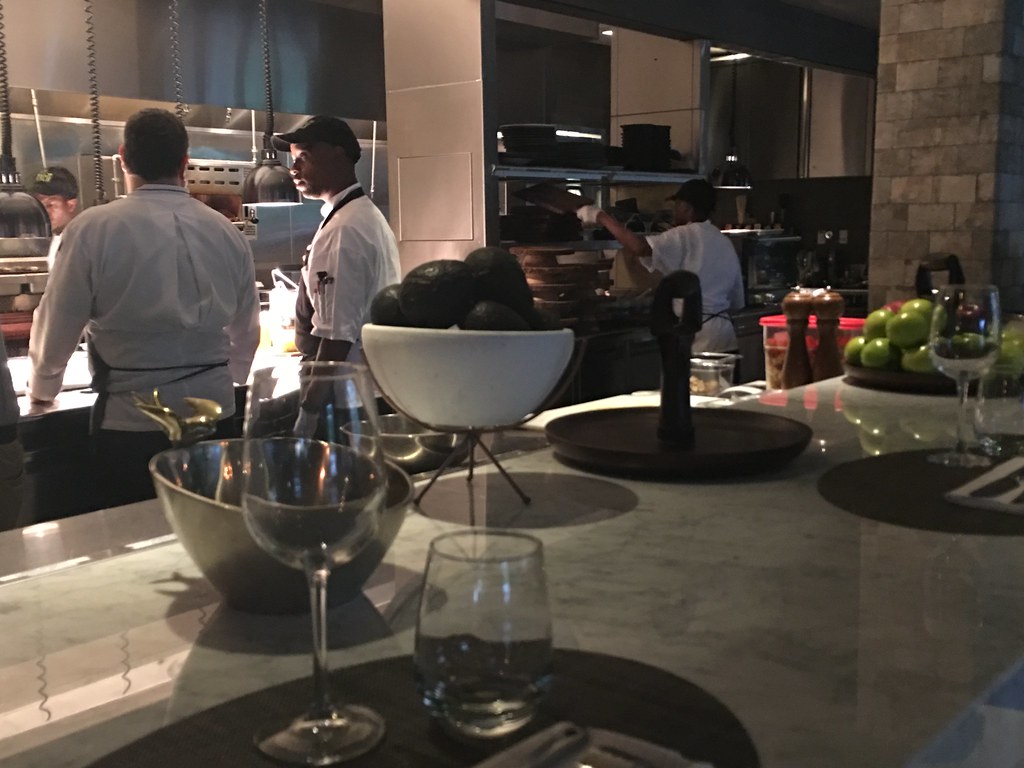 The newest restaurant in Dobbs Ferry, City Perch Kitchen + Bar serves contemporary American comfort food cooked up by Chef Sherry Yard, three-time James Beard Award winner, which to the layman is the “Oscars of Food”, along with sexy designer cocktails and other drinks created by Mixologist Adam Seger. Ingredients are sourced from nearby farms and waters and you can taste the difference. 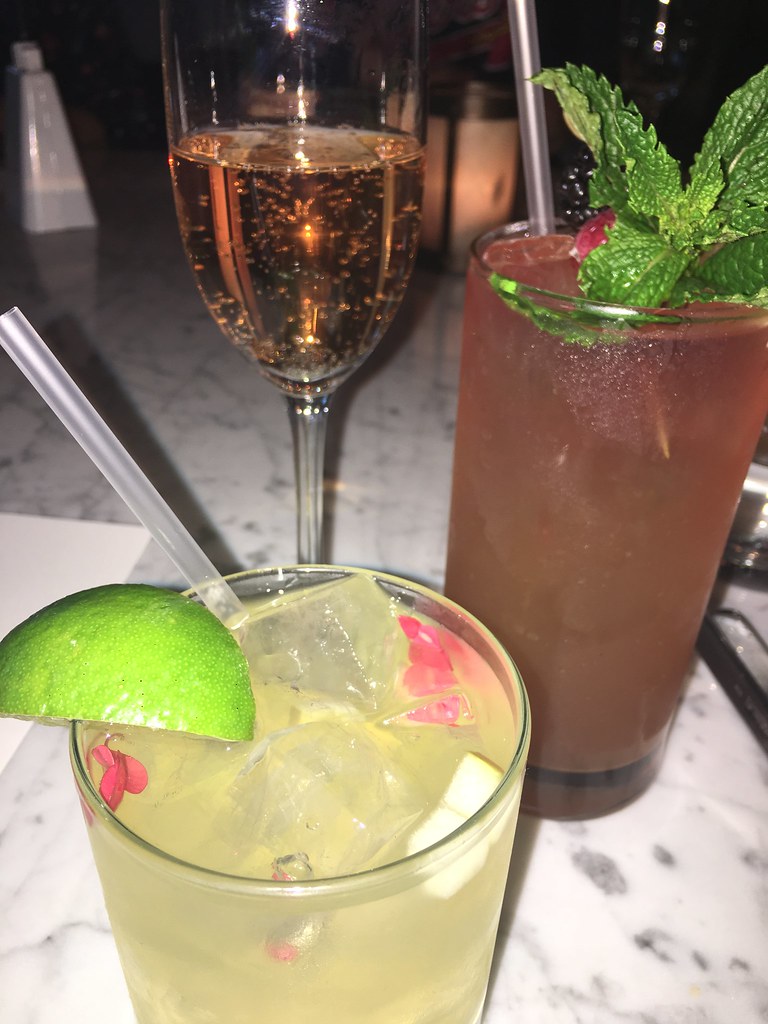 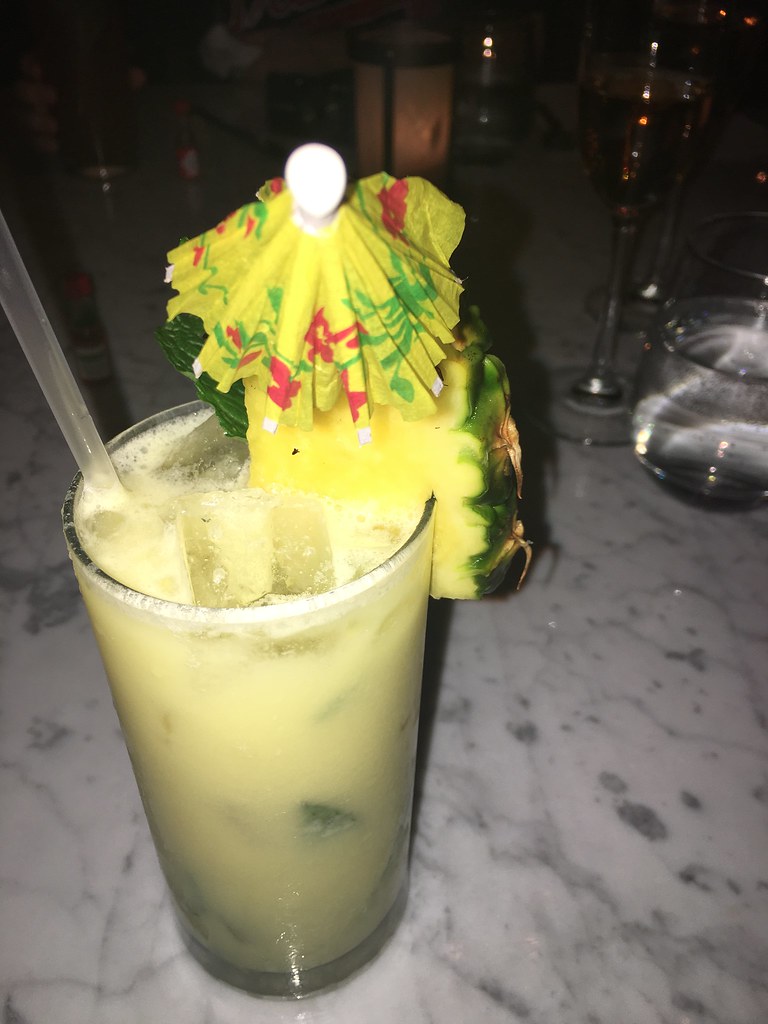 The evening started off with farm-to-bar cocktails from Adam. I began with a Very Berry Mule made of homemade ginger beer with house-infused berry vodka, while my other half decided on a Perchmopolitan, a house-infused berry vodka, cranberry, fresh sour & a splash of LaMarca prosecco. Notice that both have the house-infused berry in them. You can see the infusion process as the contraption (which looks like it’s out of a 40s sci-fi story) is there for you to look at. Both drinks were excellent. Not too boozy feeling but definitely packing a punch. With a cocktail each in us we were ready to try some food. 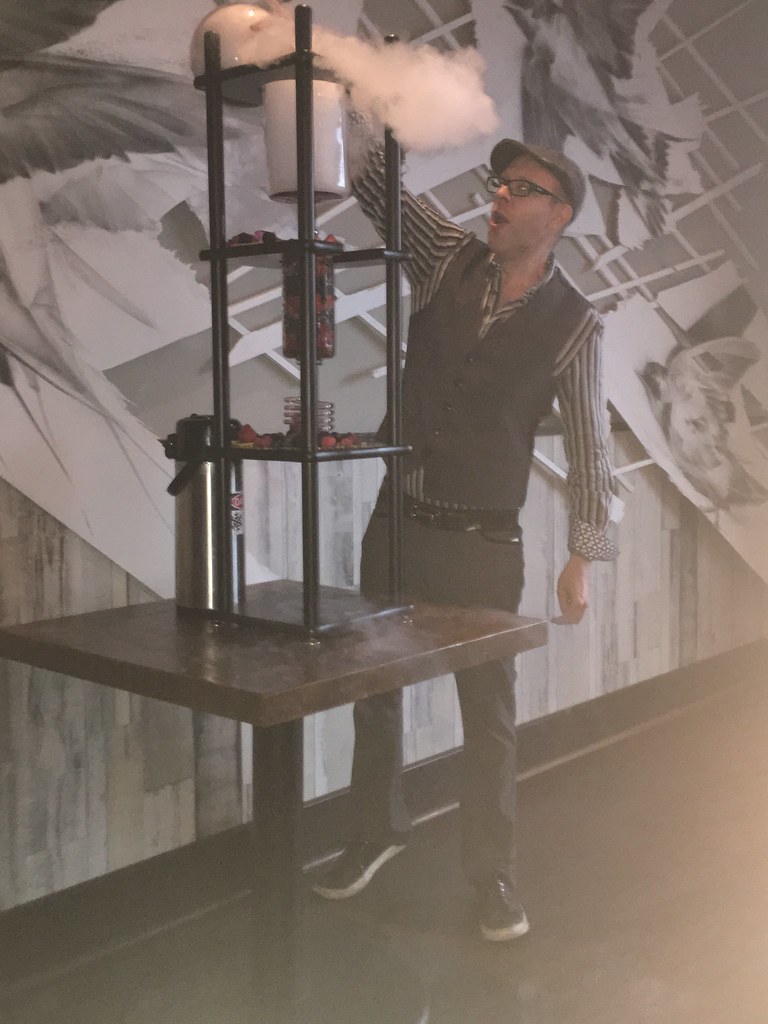 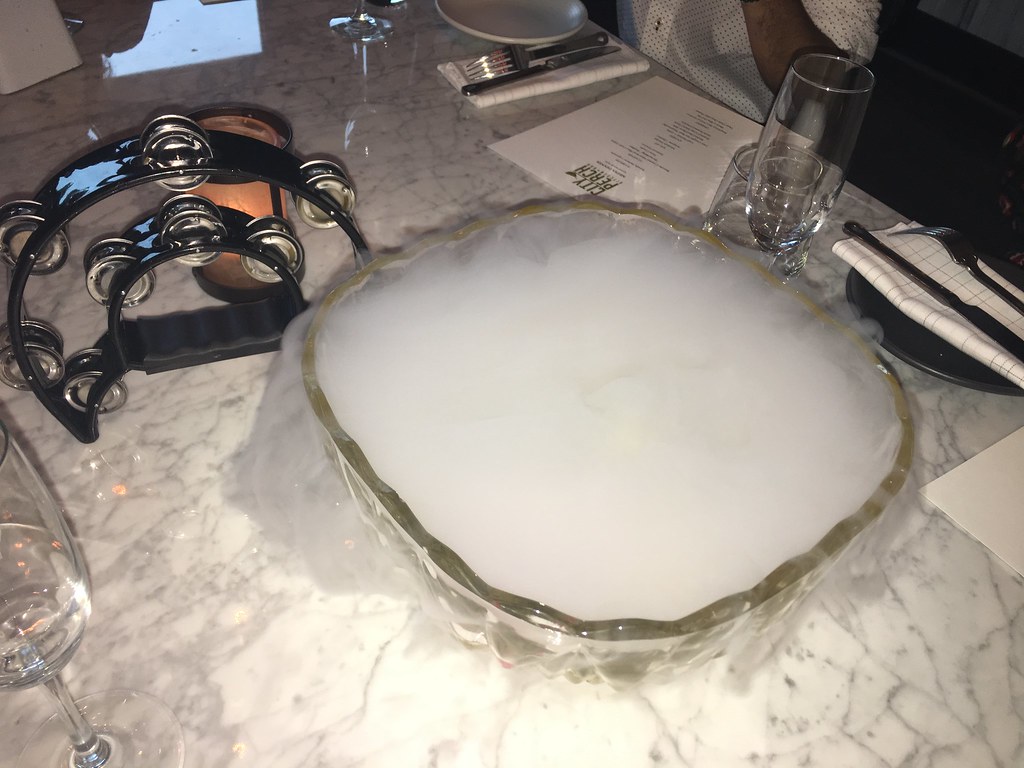 First up was the Tuna Crudo with tempura hass avocado, yuzu aioli, togarashi and chili oil, along with Roasted Cauliflower topped with golden raisin marmalade, toasted pine nuts, and pickled shallots.  Yes and yes, these both nailed the yummy spot head on. 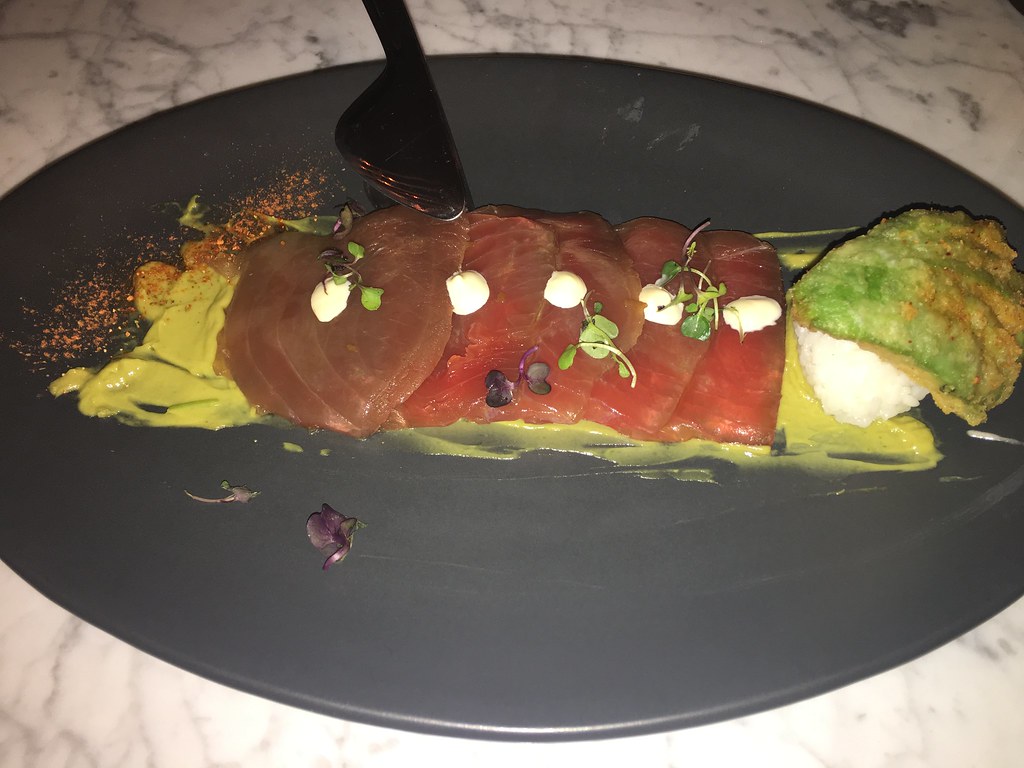 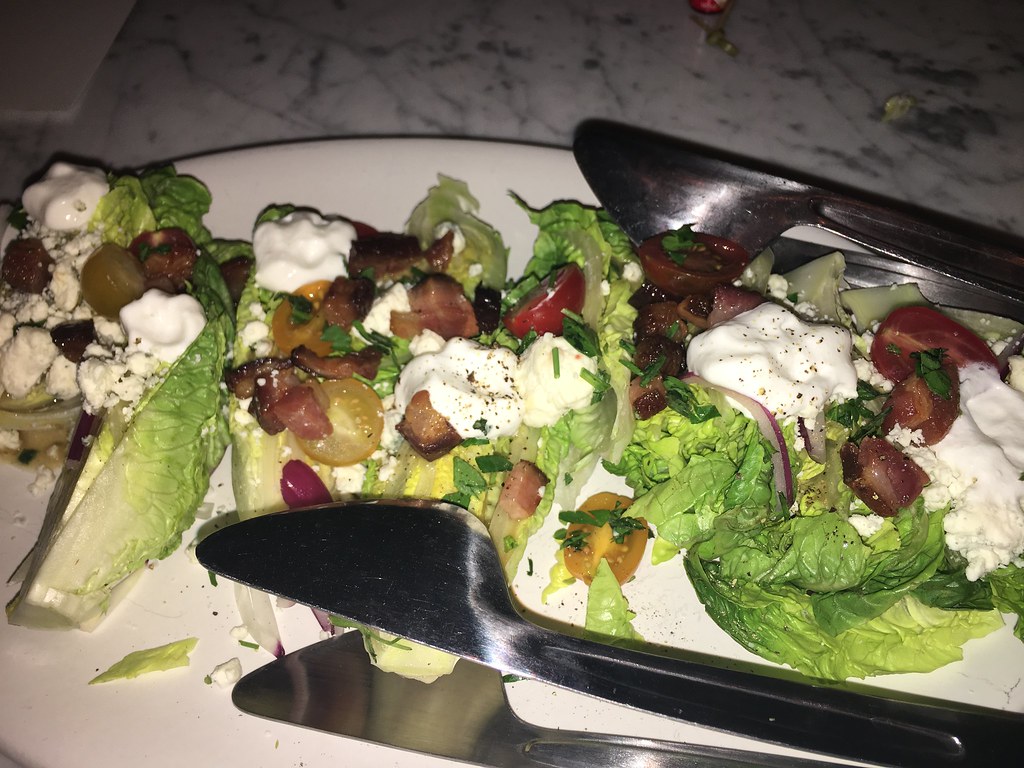 Going back to the bar for a minute we ordered two more cocktails: an Old Fashioned with maple, hand cut ice, City Perch grandma spice bitters, and Five and 20 Farmstead NY rye, and also the Cherry Bourbon Julep with cherry-infused Bourbon, mint, and homemade ginger beer. The Old Fashioned was too boozy for me but perfect for my girlfriend as she likes her drinks a bit sharper, and the Cherry Bourbon Julep was spot-on. I could drink those things all night!

Up next was a City Perch favorite, the Roasted Long Island Duck. It was a table favorite. The Braised Beef Short Ribs were damn good too, served with creamed spinach, crispy shallots and potato pancakes. The food kept coming with Brioche-crusted Maryland Blue Crab Cakes with old bay remoulade, frisée + citrus salad with a yuzu vinaigrette, and Crispy Brussels Sprouts with caramelized apples, miso-tahini dressing, crushed cashews, shaved pecorino, and togarashi). Everything was exceptionally delicious. 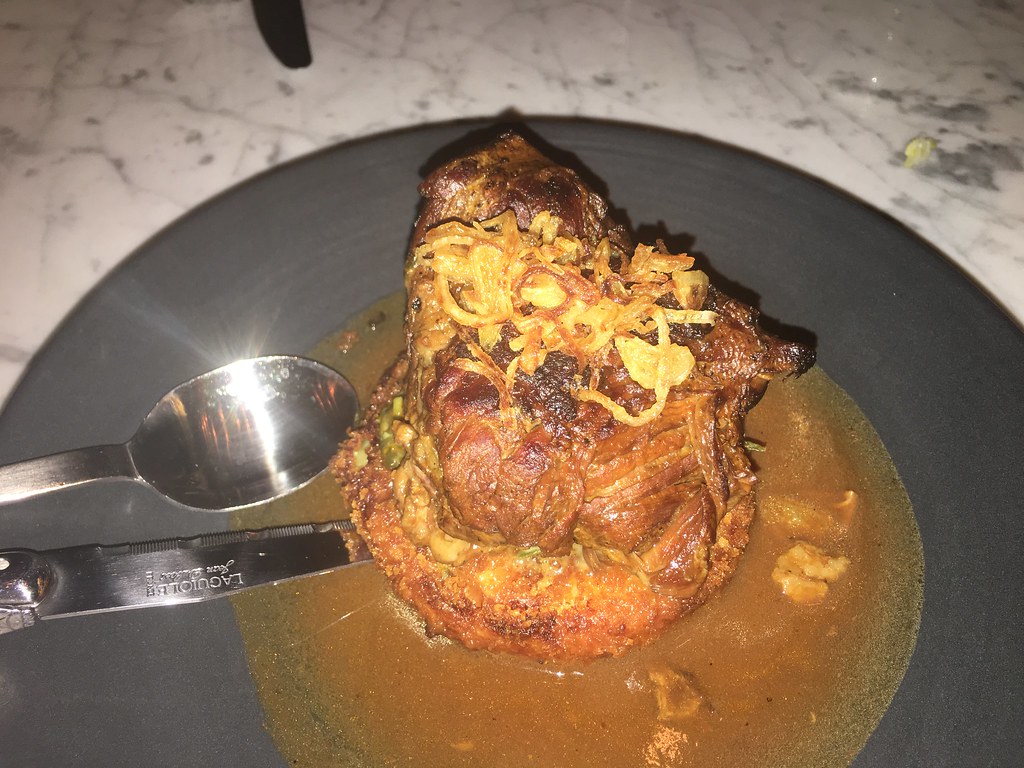 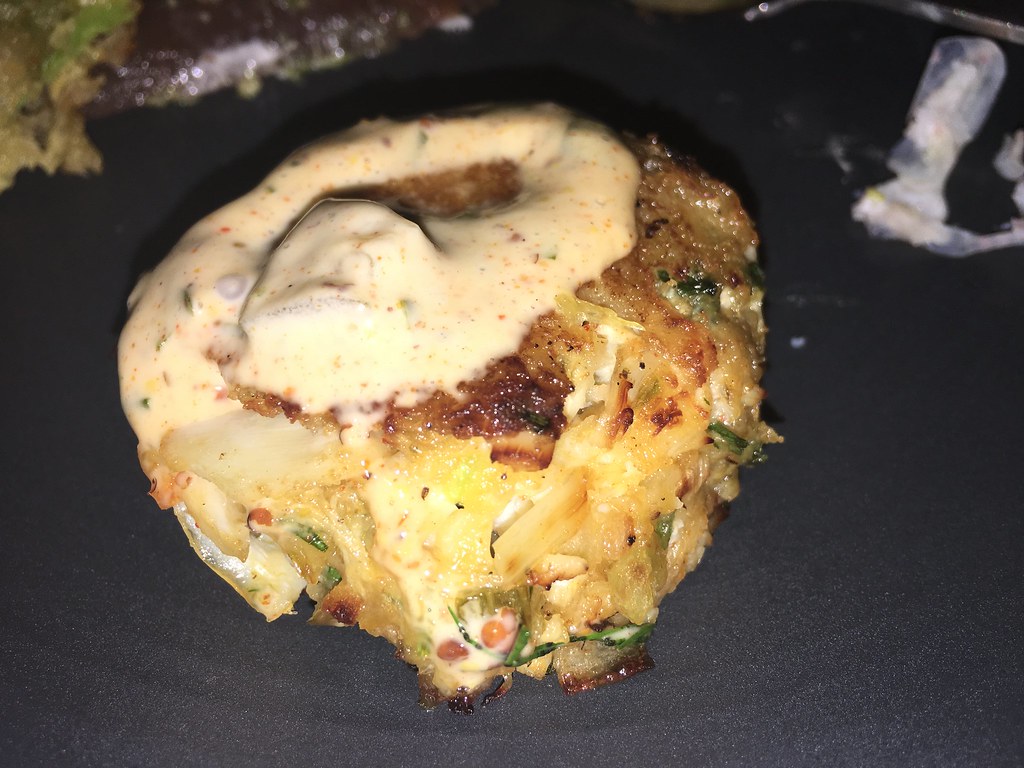 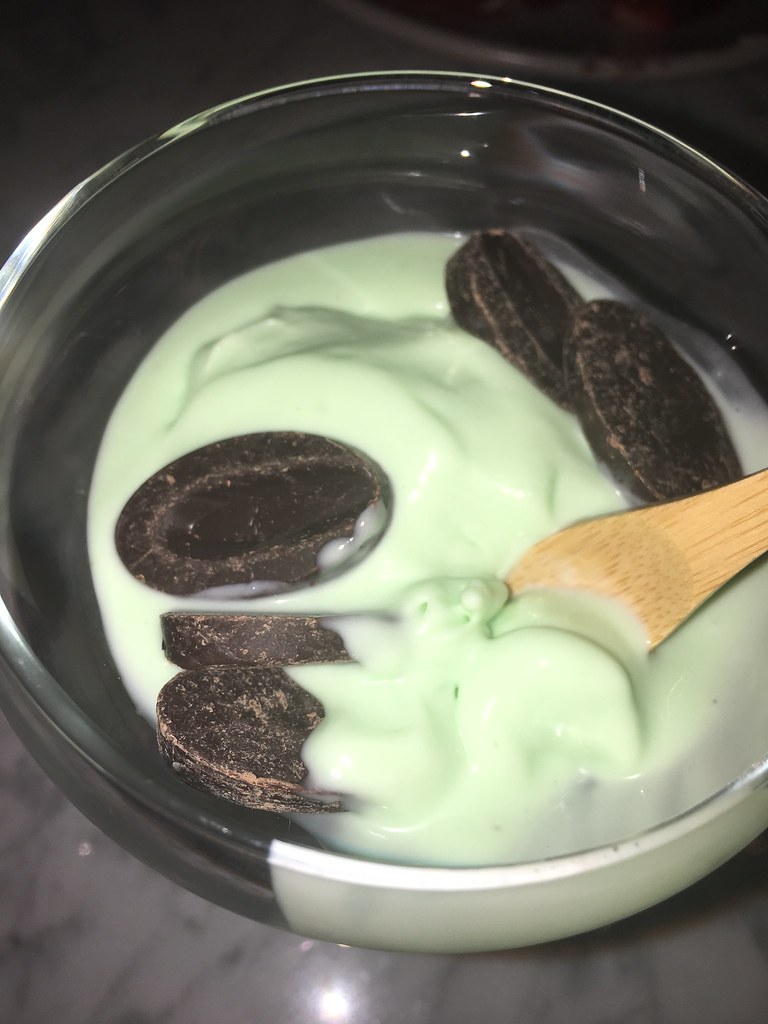 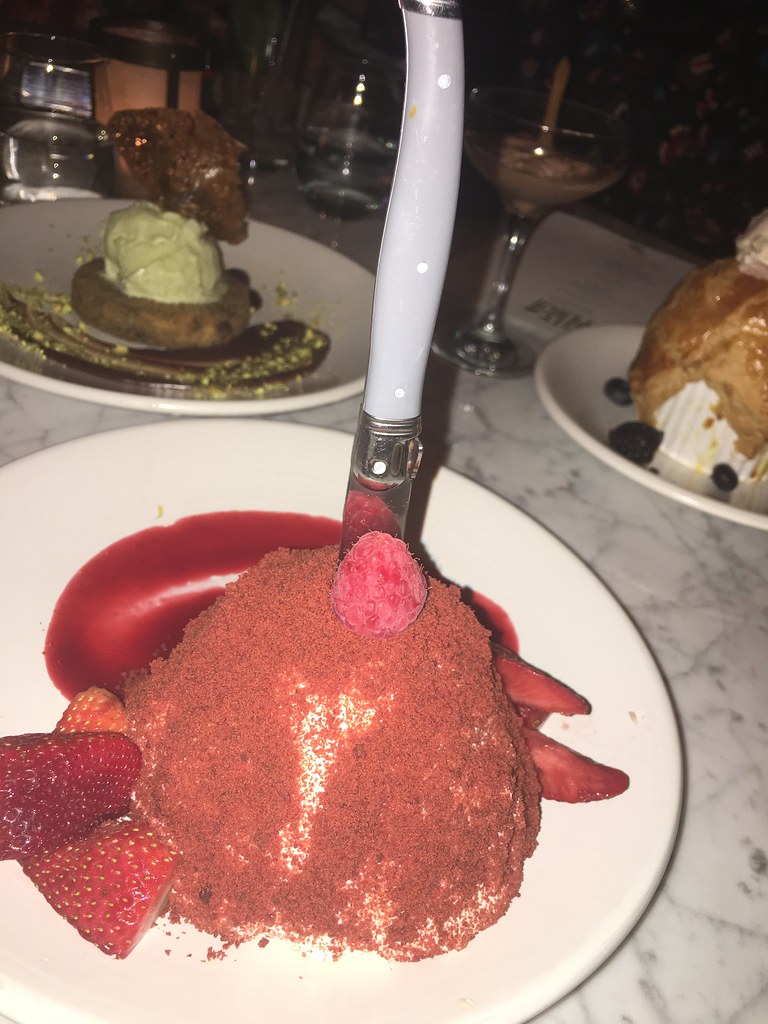 For those of you who are movies buffs like my girlfriend and I (we run NYCGRINDHOUSE.com), you might know about iPic Theaters. For the uninitiated they aren’t like your normal movie theaters. At iPic you select your own seat before arrival and you can order food and beverages from the comfort of your seat where you will have a server at your beck and call throughout the duration of the film. It’s a pretty awesome way to see a flick, especially for date night. Why am I talking about this? Because iPic is right next door to City Perch. In fact when you see a film, the food you order is made by Chef Sherry Yard! iPic’s menu is totally different than City Perch’s, being a much smaller scaled down movie dinner/snack version, but it’s still a bunch of awesome deliciousness cooked up next door. 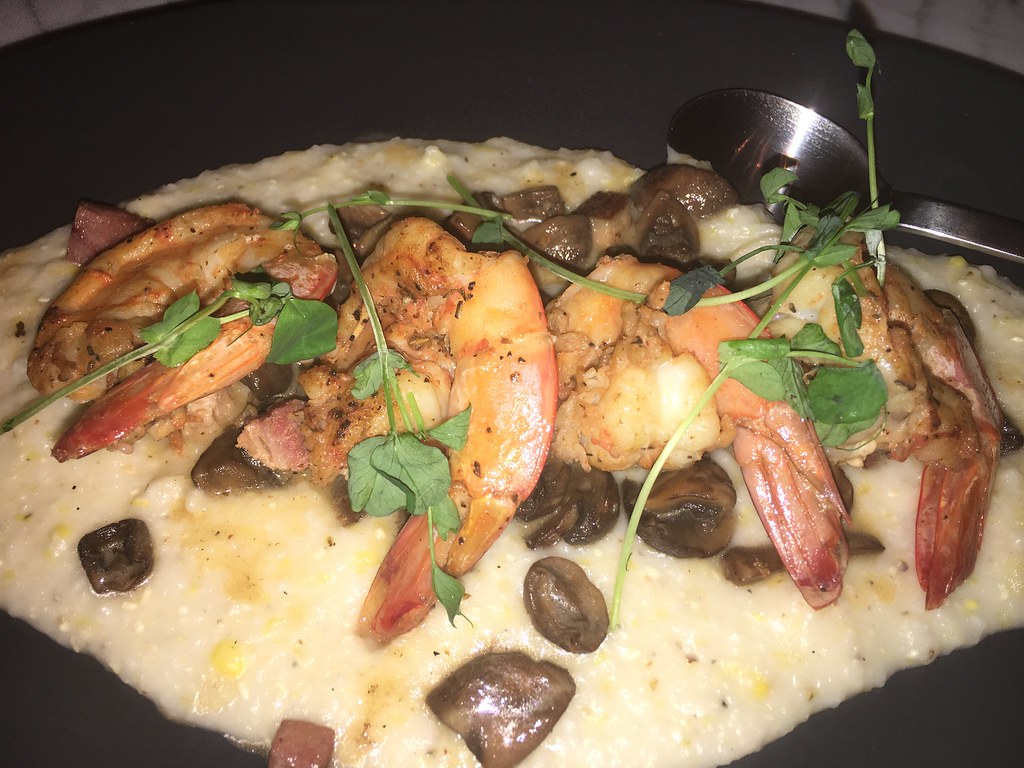 Whether or not you have a car or not you should get yourself up to Dobbs Ferry’s newest hip restaurant City Perch Kitchen + Bar. It’s well worth the short trip and hey, good things do happen when you leave the city!