Imli Urban Indian Cuisine on the Upper East Side 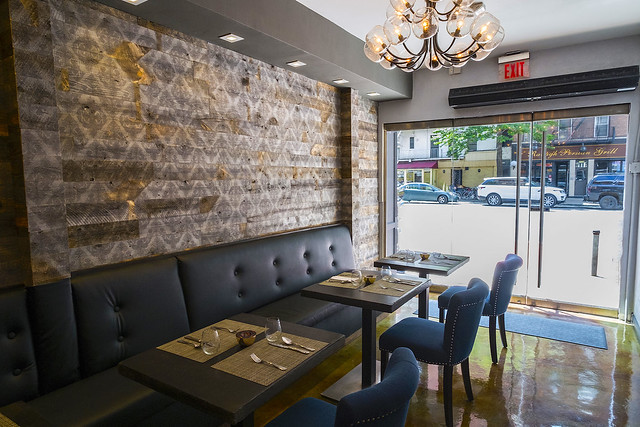 There are plenty of delicious Indian restaurants in New York City, but there is a new one that stands out among the rest. Imli Urban Indian Cuisine, new to the Upper East Side, brings an innovative twist to Indian cuisine, fusion modern concepts with traditional flavors.

Imli is brought to us by owners Mervyn Winston, Ram Reddy, and Albin Vincent, who tapped Executive Chef Manuel Butler to curate the menu. Chef Butler is a veteran Indian chef who consulted for the opening of Sahib, the recent recipient of a two-star New York Times review, opened Dhaba and Awad, and also served as executive chef of Chote Nawab. Collectively they use their expertise with Indian cuisine and infuse ingenuity into their dishes. 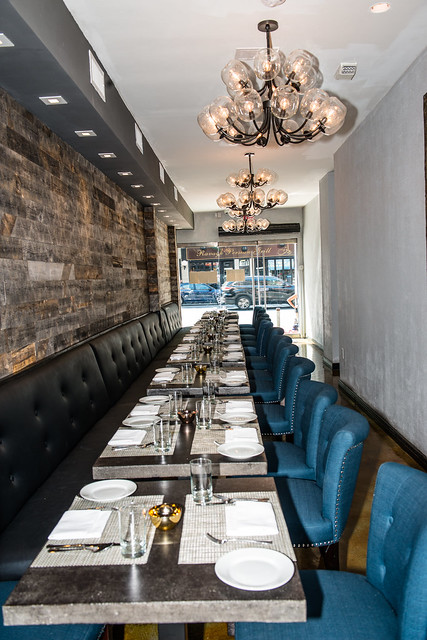 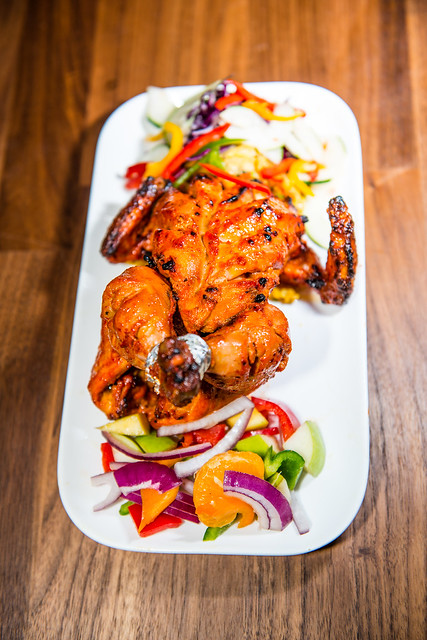 To kick off our dinner, we started with some cocktails. The Watermelon Fizz was an excellent light and refreshing choice, perfect to get you in the summer mood. Their signature Imli-Rita packs a serious punch: it has all the makings of a typical margarita with Tequila Avion, Grand Marnier, lime juice, cane syrup, and orange juice, plus strong tamarind juice, and probably some additional spices that they did not warn us about. Try this if your taste buds are up for an adventure!

For me, no Indian meal is complete without a nice glass of mango lassi. 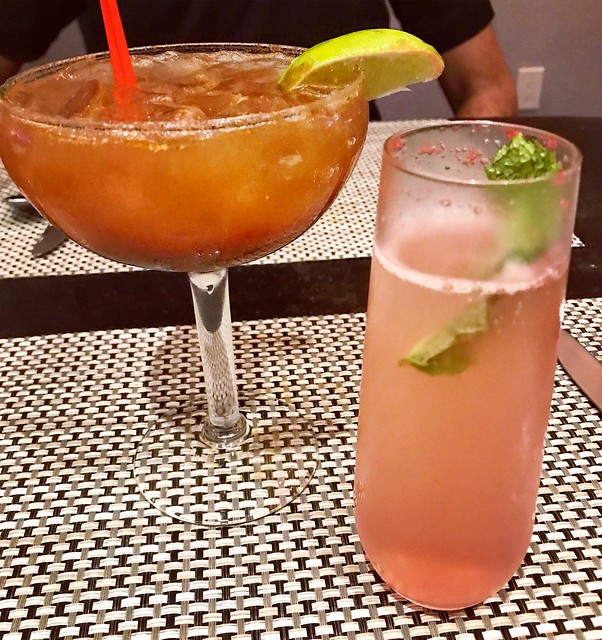 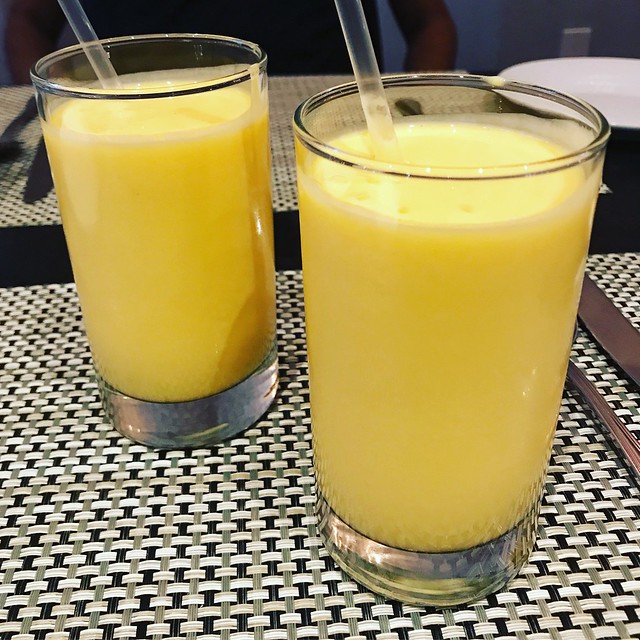 The menu is broken up into tapas versus entree size, and then by vegetarian, meats, and seafood. Their entrees also include a tandoor section and a few specials that are their signature dishes.

The most popular vegetarian dishes are the Achari Mushrooms made with white button mushrooms, garam masala and Achari spice blend. But overall one of the most sought out dishes is the Scotch Egg, a soft-boiled egg dish with European roots but engulfed in an outer layer of minced lamb meatballs infused with Indian spices. This is one not to be missed! 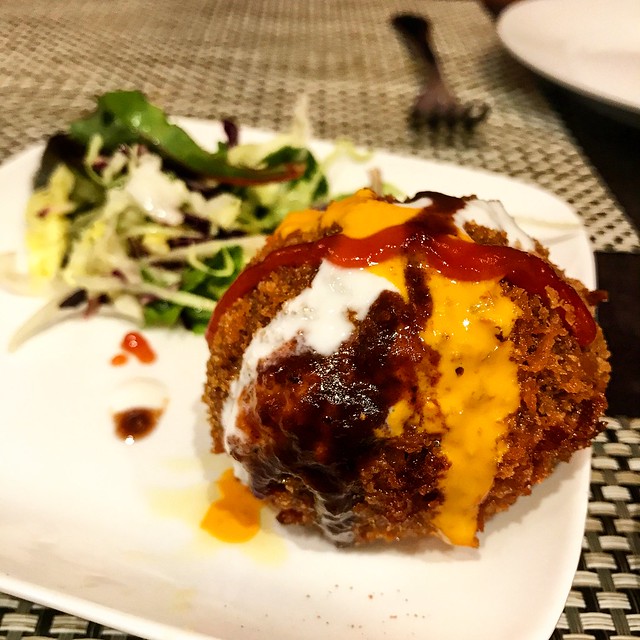 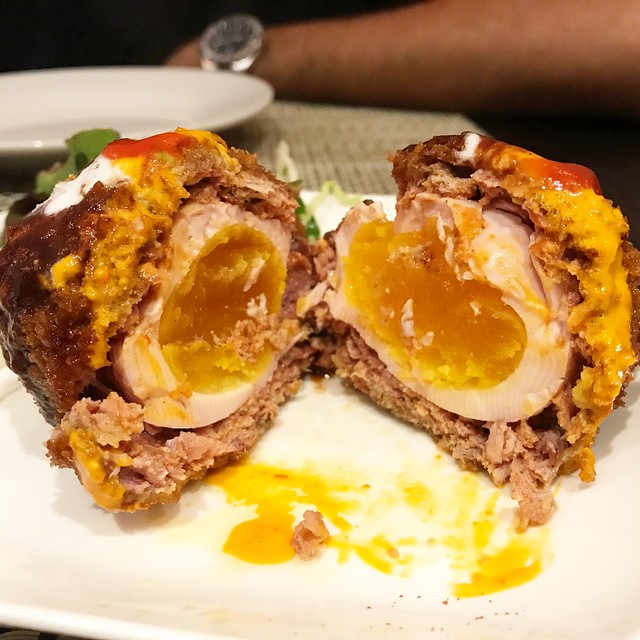 Chaat is a traditional Indian dish, but we were excited to try Imli’s take on their Chicken Chaat. Included in their tapas section, the tandoori style chicken is topped with crispy noodles and plenty of flavorful sauces. We also tried the Kerala Beef with tender chunks marinated with yogurt, onions, black pepper, cardamom and curry leaves.

The Argentinian Shrimp was also an amazing dish, but you really had to work for your food. The shrimp comes unpeeled, so be prepared to earn your keep and get your hands dirty. The shrimp is flavored with turmeric, mustard seeds, curry leaves and green apple, so you’ll be glad to lick your fingers clean as a reward. 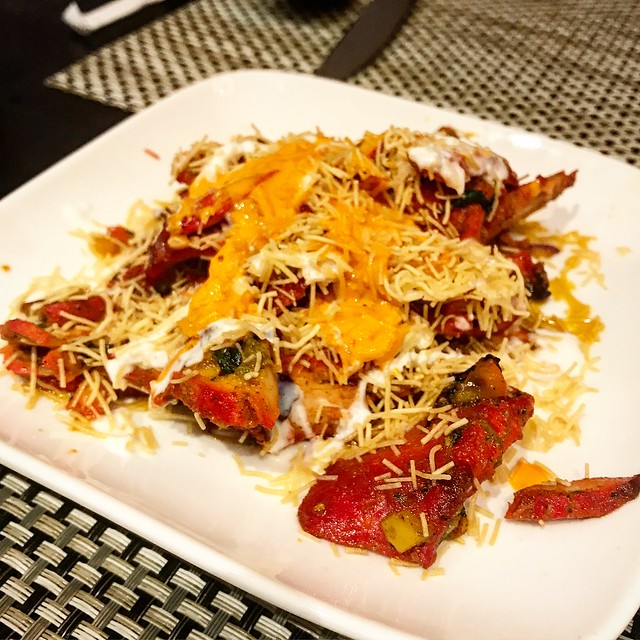 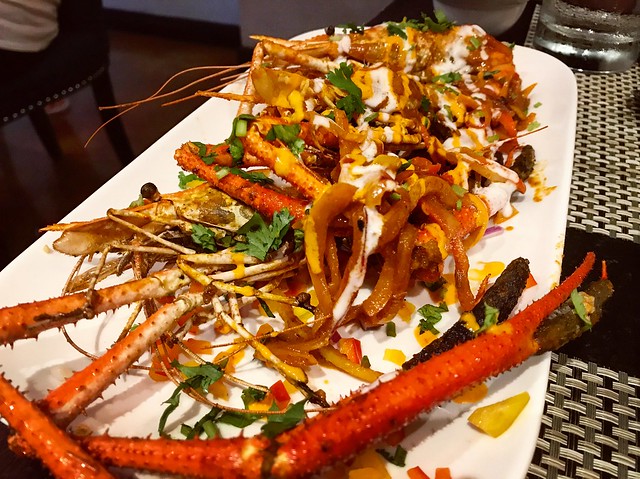 They showcase a few special entrees and one of the highlights is the Tandoori Pizza. The soft naan-like dough is topped with paneer cheese, tandoor-cooked toppings, and Indian spices. A wonderful fusion, bursting with flavor! 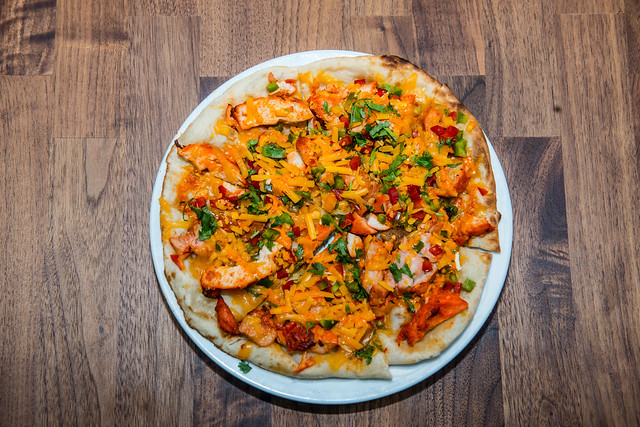 For vegetarian entrées, consider the Brussels Sprouts Medley, with turmeric, tomato and garam masala curry, and Vegetarian Tandoori Platter with mixed vegetables, pineapple and paneer cheese. Side dishes include a variety of rice from lemon to coconut, to mixed vegetable and paneer pulao, as well as breads like mushroom and truffle naan, andparathas like whole wheat and peshawari with dried nuts and fruit. 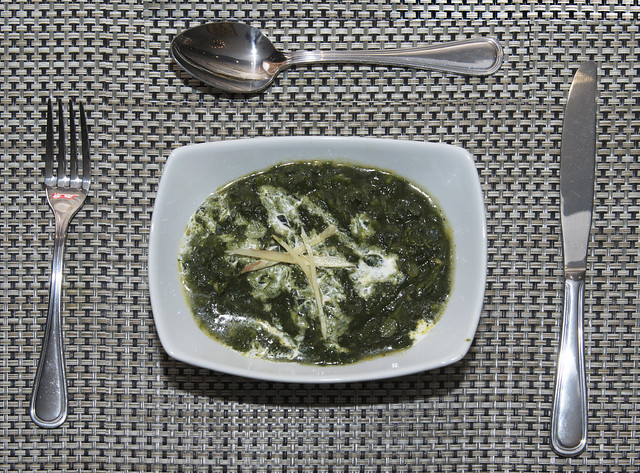 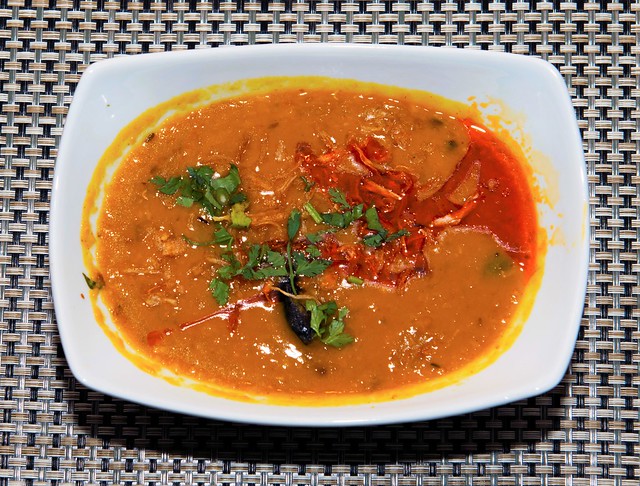 Another special that is highly recommended is the Imli Burger made of a blend of beef, garlic, cumin, coriander and chilies, served with masala-spiced fries. This will be on our table the next time we return.  Other standouts are the Chicken Rezala, tender chicken pieces in a light coating of flavorful, creamy white gravy made with yogurt, cashew nut and poppy seed paste, and Pan-Seared Duck, served with garam masala-spiced cauliflower and potato mash. 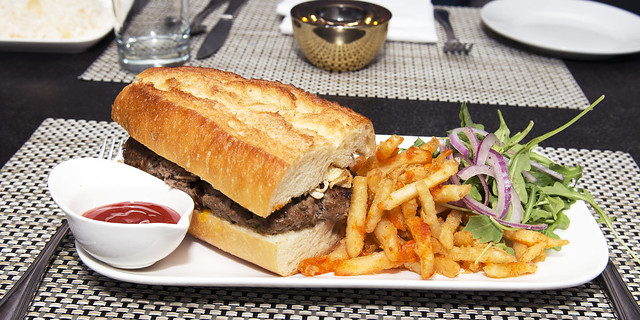 Imli is also paving the way for unique Indian brunch dishes, which is inspired by the Parsi population. Between the 8th and 10th centuries, the Parsis migrated from Iran to India to avoid persecution and established their own communities with a distinct type of cuisine.  Their brunch highlights include their Karachi Bun, an Indian breakfast sandwich with minced beef kabab, a fried egg, and red onion on a brioche bun, and also the Indian Shakshuka featuring baked tomatoes, spinach, paneer cheese and peppers topped with your choice of two runny or boiled eggs, served with toasted pau buns.

A variety of Imli Roomali Rolls are also available during brunch, which made-to-order with a special signature sauce and choice of stuffing such as house made sausage or chicken kebab. And of course, it’s not brunch without a few cocktails, and they have refreshing brunch bevs include a Watermelon Mimosa and Passionfruit Mojito. You can also try their Neembu, a non-alcoholic Indian lemonade. 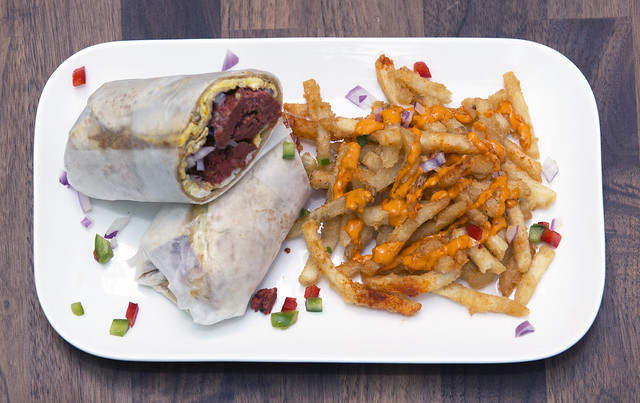 The space is small and cozy, so plan in advance during peak hours. And because the menu is so extensive, each time you return will be a new experience if you try all of their exciting, unique dishes, so be sure to return again and again!

Photos via Imli and by Yvonne Lee 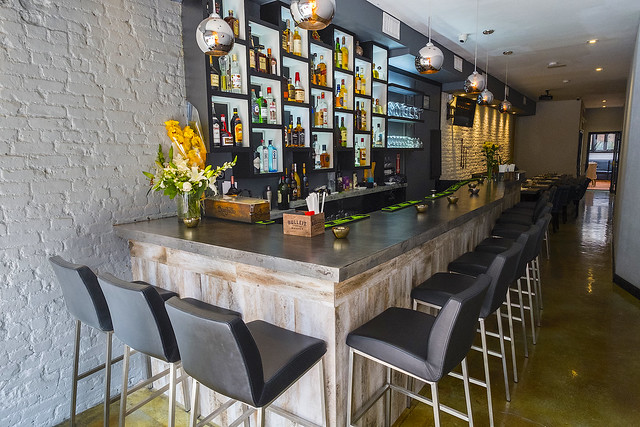