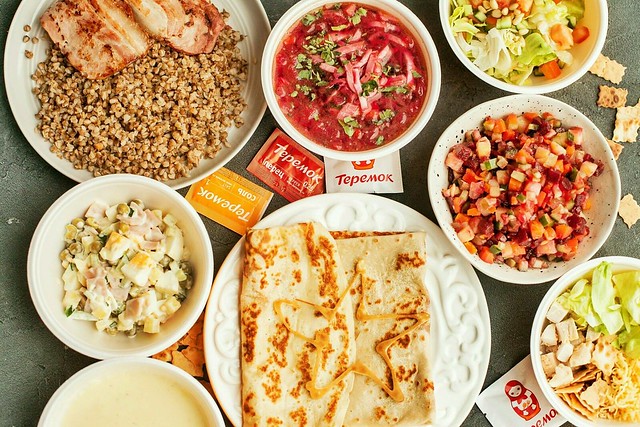 Everything I know about Borscht I learned from Uliana Lazovich.  Not that I know much, but it was the first time I’d ever eaten the soup, which most people identify as Russian, but is actually of Ukrainian origin. She was a beautiful Russian Couchsurfer who I hosted back in 2009, and the homemade Borscht she made was outstanding. I haven’t had any Russian food since – that is until last week when my girlfriend and I were invited to a special tasting at Teremok to celebrate their first anniversary. 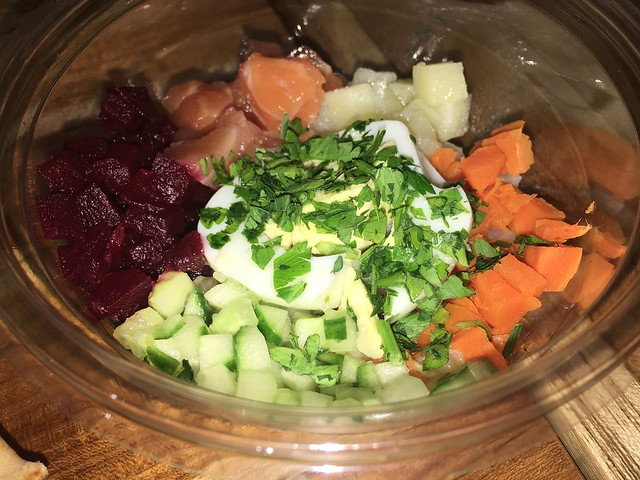 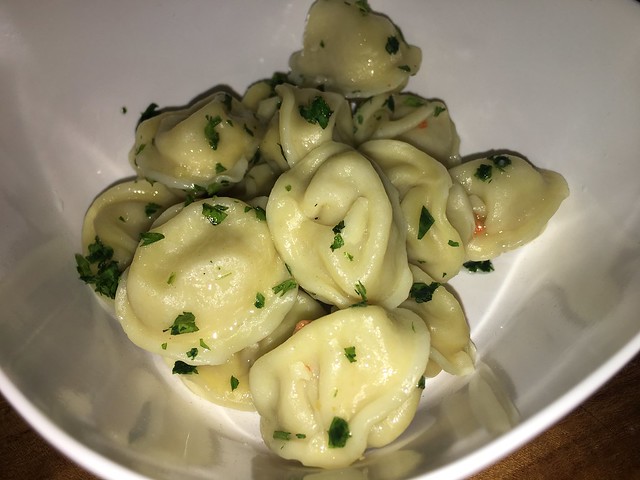 To the uninitiated, Teremok is one of the biggest ‘fast-food’ chains in Russia, with nearly 300 restaurants across the country.  They have two in the United States, both in NYC.  But when I say ‘fast-food’ I don’t mean greasy McDonald’s burgers and fatty Burger King fries or artery clogging KFC chicken; Teremok may be fast food, but not in the American definition. The food is both healthy and delicious. 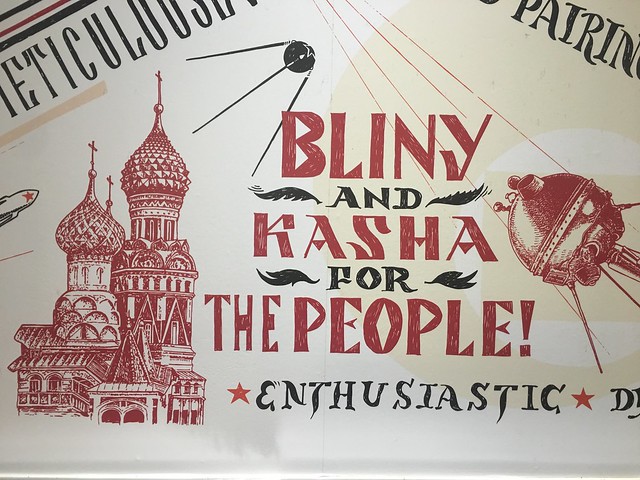 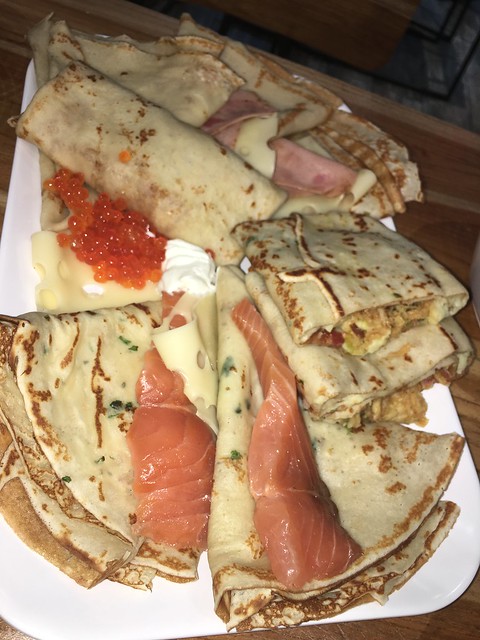 Founded by Mikhail Goncharov as a simple Moscow street kiosk in 1998, it has since grown into a multi-million dollar company with revenue reaching $120 million (6.5 billion rubles) in 2016. It is a family business with most of the menu coming from Mikhail’s mother, Tatiana Vasilievna. Their original Russian blini recipe was based on the famous pre-revolutionary cookbook, “A Gift to Young Housewives,” by Elena Molokhovets. It was the most successful book of its kind in 19th- and early 20th-century Russia, and she’s known as Russia’s Fannie Farmer. 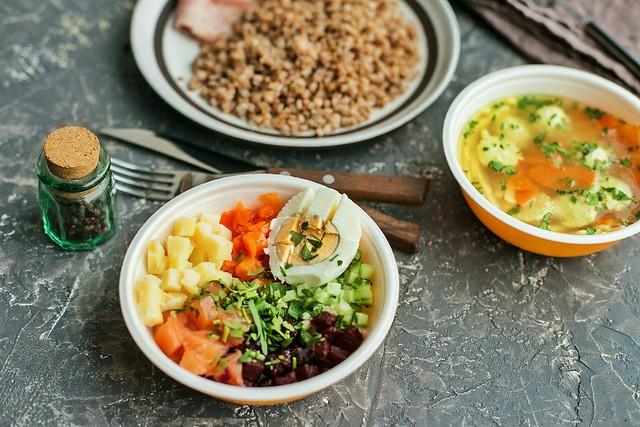 So let’s get down to the food. Their blinis are made from scratch in front of your eyes. They are large pancakes similar to French crepes, made with a batter of flour, eggs and milk that have an assortment of wonderful things inside and on top of them. Try their Original Bliny (ham and Swiss cheese) or be a bit more adventurous and go with my favorite, the Butcher’s Block (applewood-smoked bacon, mashed potatoes, fried onions, pickles, and parsley).

My girlfriend’s a caviar-lover and went crazy over the Red Stars bliny made with organic wild salmon caviar. They have several other bestsellers like their Goldie Lox where they make their fresh salmon lox daily, served with Swiss cheese and organic sour cream. 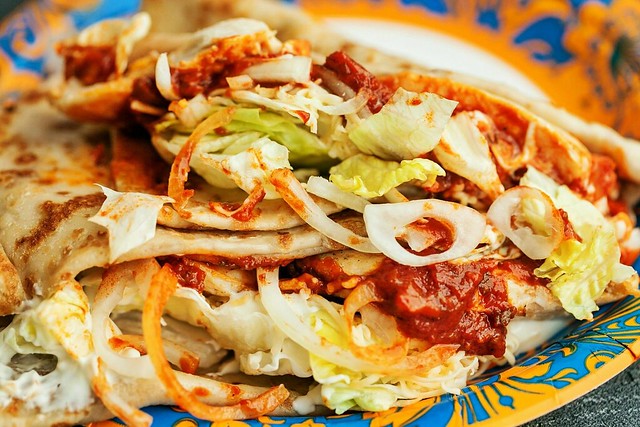 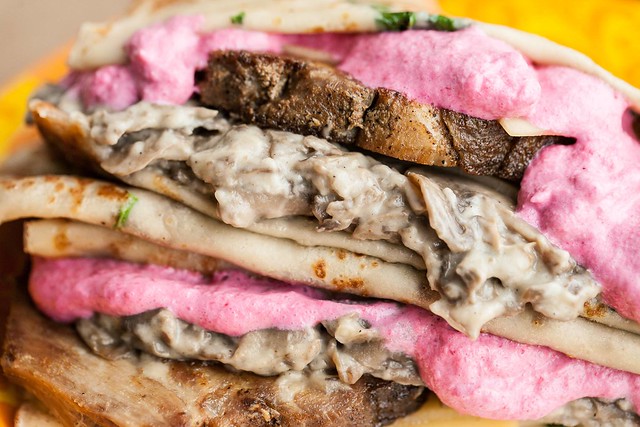 Let’s get back to the Borscht. It is so good it defies description, you have to visit and try it out yourself. I’m certain my Russian friend will agree that this is some exceptional soup. And it’s good for you too! The traditional Russian beetroot soup is made with beets, carrots, cabbage, garlic, tomatoes and bacon, and topped with sour cream and herbs. Simply delicious. 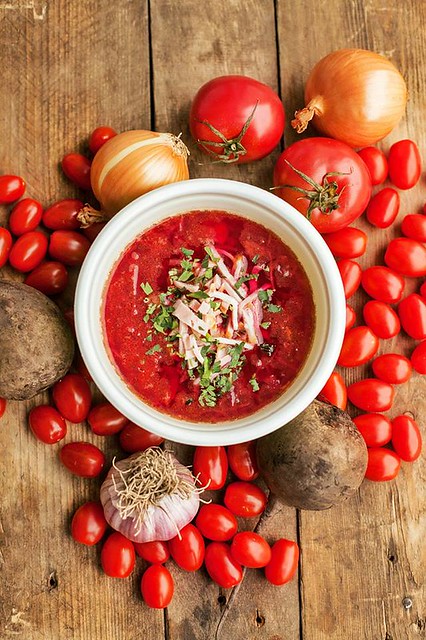 But don’t stop there: the Salmon Chowder Uha (pronounced OOha) makes anything from Seinfeld’s Soup Nazi pale in comparison. It’s made with fresh smoked salmon, carrots and a soft cheese, topped with house-made chips and herbs. One taste and you’ll be hooked.

The Vinegret Salad with Salmon is pretty amazing as well. This Russian favorite includes boiled potatoes, carrots and beetroots, raw cucumbers, and slightly salted salmon lox, served with various herbs and sunflower-seed oil. You can’t get much healthier than that folks! 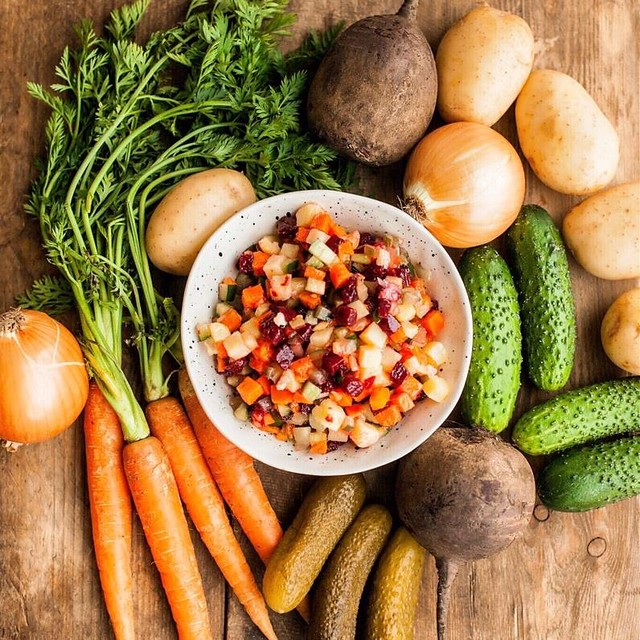 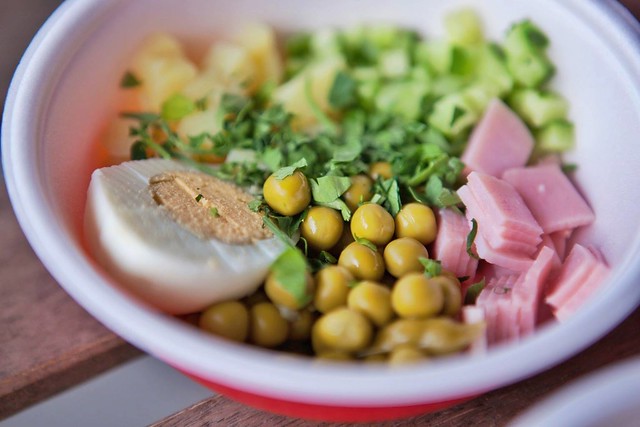 Last but definitely not least we tried the Buckwheat Kasha. Made from buckwheat grains it contains a high amount of protein and is a rich source of vitamins and minerals and is even gluten-free! 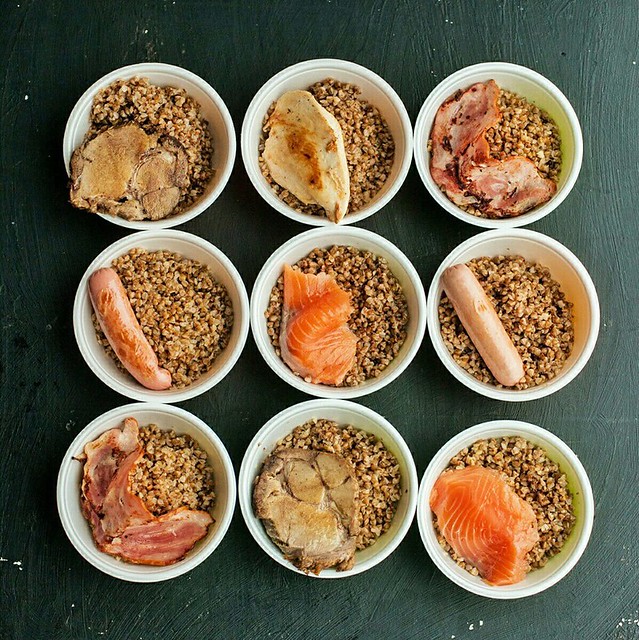 Basically Teremok has something for everyone. No more Wendy’s for me, and I’m saying goodbye to Popeyes. Teremok is now my go-to ‘fast-food’ place and I’m sure it’ll become yours too!

Photos by Socially Superlative and via Teremok Facebook page