Esther Choi Brings Korean Fusion to the Lower East Side with Ms. Yoo 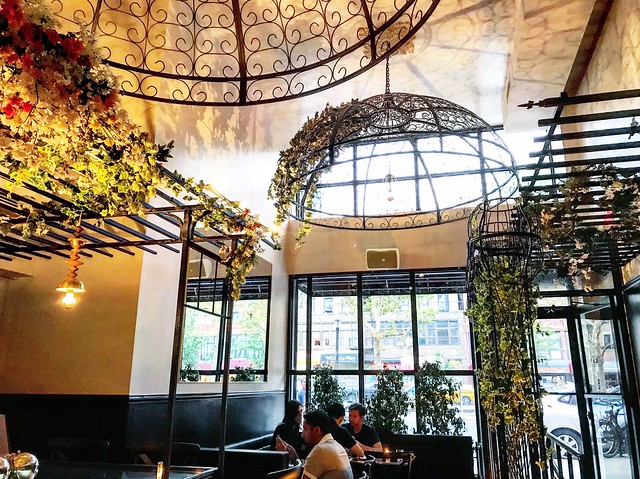 The Lower East Side is constantly evolving, so it’s no surprise when we hear of new restaurants popping up in the neighborhood. However, it is a surprise when you step into a restaurant and realize that the now sophisticated space used to be home to a loud, sweaty bar that you celebrated no less than five college acquaintances’s birthdays over a decade ago. 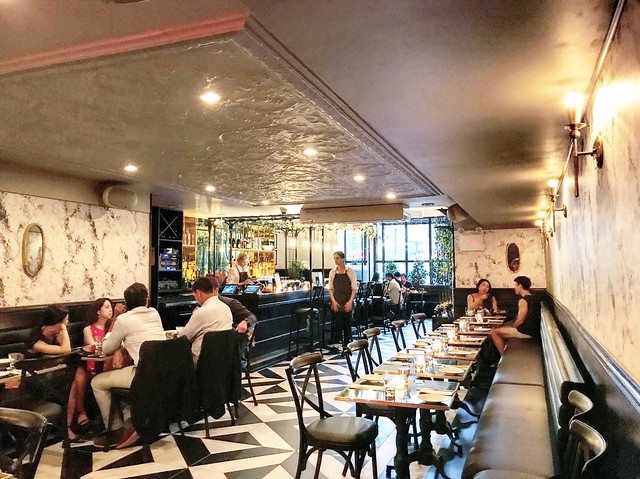 Ms. Yoo newly opened in the middle of July to the delight of many mokbar fans. Ms. Yoo is the third restaurant from Esther Choi who is on a mission to educate Americans about Korean food and culture. She did this first with mokbar in Chelsea Market and mokbar Brooklyn, and now opened Ms. Yoo where People Lounge used to thrive (RIP).

The interior is designed by nightlife guru Steve Lewis. The flowers and ivy vines are elegantly draped overhead for a sophisticated, romantic feel. The restaurant is named after her grandmother who taught Choi how to cook. The menu is short and concise, but still offers a great variety of choices. 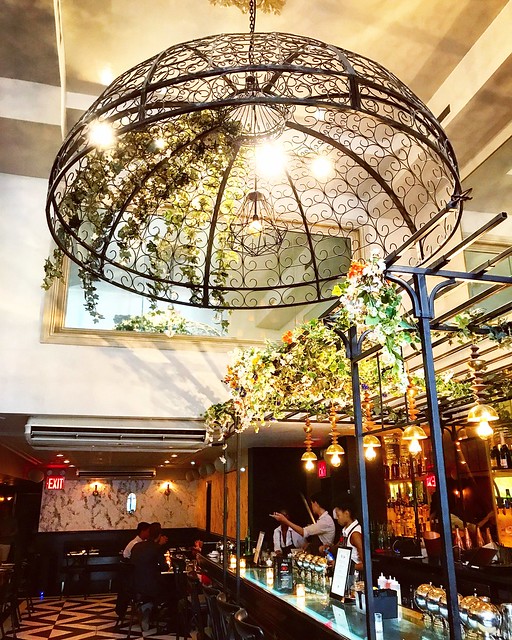 We kicked off our meal with a few cocktails. Yearning for something with a summery feel, I opted for the Between the Knees pink cocktail with gin, ginger, strawberry, and lime. The ingredients sound light, but don’t let that trick you – you’ll definitely end up on the floor sooner than you think with these. For something that most definitely has a kick, you’ll want to try I Ms. You, bourbon with jujube, vermouth, and bitters. 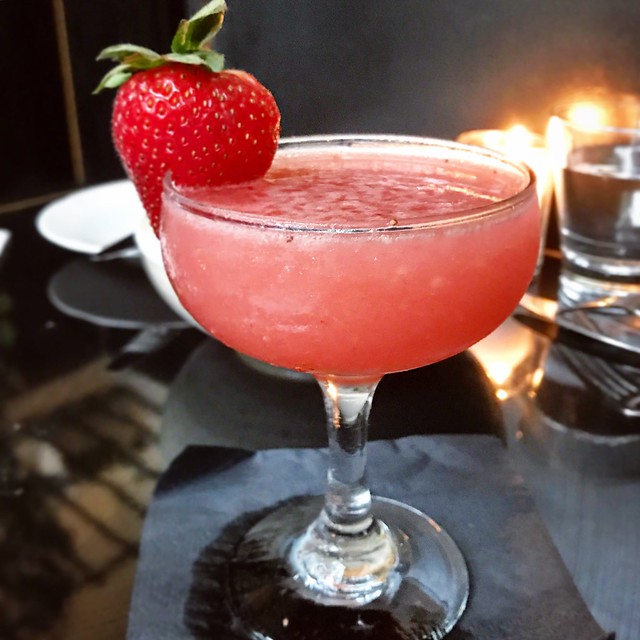 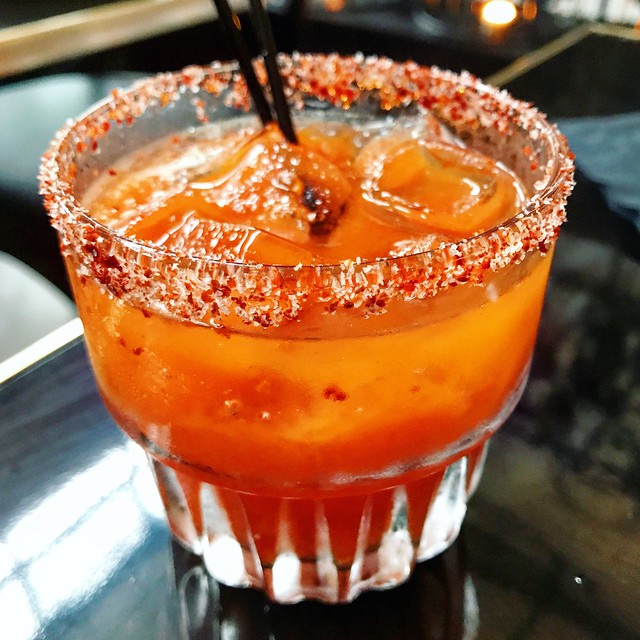 We started with some shared appetizers to share. The entire menu is a home run, but the small plates and sides sections are where you’ll really want to try everything. We started with the nori popcorn, which is popped to perfection and seasoned with nori and sesame oil. Shockingly easy and delicious! The Korean Fried Feet and K–Pop Shrimp are also popular dishes to try. 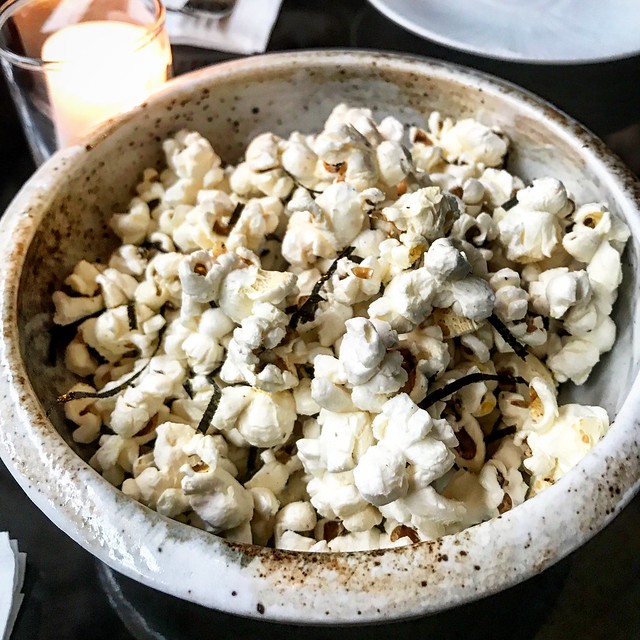 The Hanabi Salad was by far my favorite dish, which is pretty high praise given how much I dislike salads and healthy things (I’m working on it). A mix of healthy greens is topped with market sashimi, kani (crab), and rainbow caviar, with a flavorful dressing that thinly coats everything. Basically a fancy poké bowl that is incredibly delicious and refreshing.

Other standout dishes include a twist on macaroni and cheese with the Tteok N’ Cheese, ricecakes, gruyere cheese, cheddar, bacon, panko, and a kimchi tomato sauce, as well as the Roasted Bone Marrow on a toasted baguette and kimchi bacon onion jam. 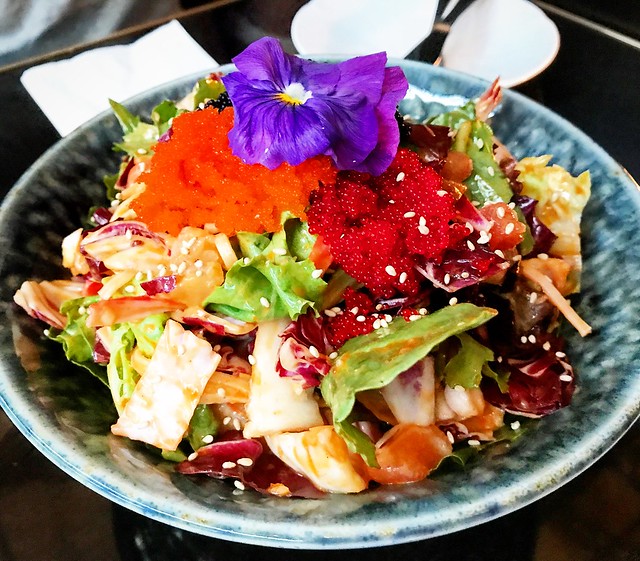 For the large plates, we tried the signature Korean Dog on a Bun. A giant hot dog sits on a soft pretzel roll and is topped with grilled jalapeno and their secret Yoo sauce. Also popular is the Ms. Yoo Burger, a 10 oz. patty with kimchi onion jam and American cheese. These are staples to their menu that define the Korean-American fusion that Ms. Yoo stands behind. We also tried their off-menu special, the soft-shell crab sandwhich, which was undoubtedly delicious. 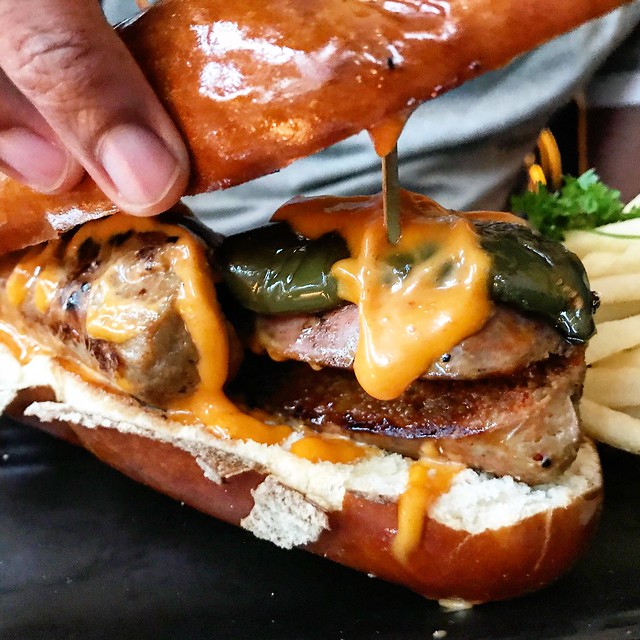 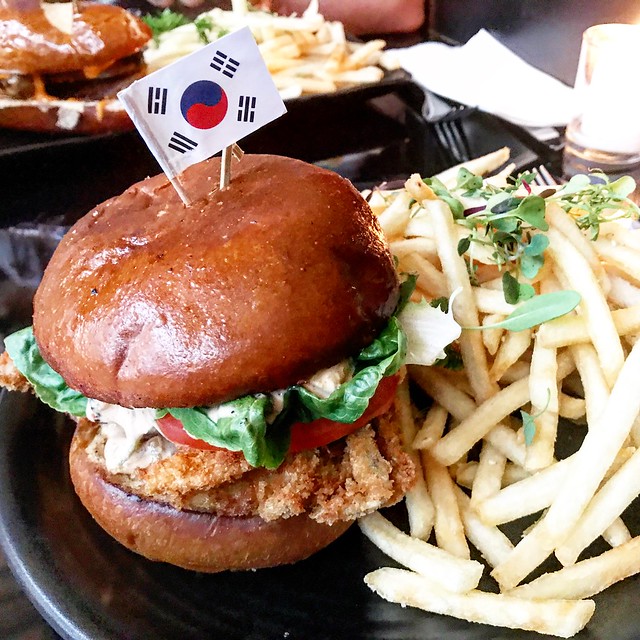 To wrap things up we ordered another round of cocktails. If you want to stick to the light and refreshing theme for the summer, get yourself a Mist Whispers Like Woman with vodka, maesil, and lemon. For a tropical escape, try their take on a creamy piña colada with the Parrot Cries with its Body with rum, pineapple, cream of coconut, and yuzu. A bit of a dramatic name for a cocktail, but definitely a delicious cocktail! 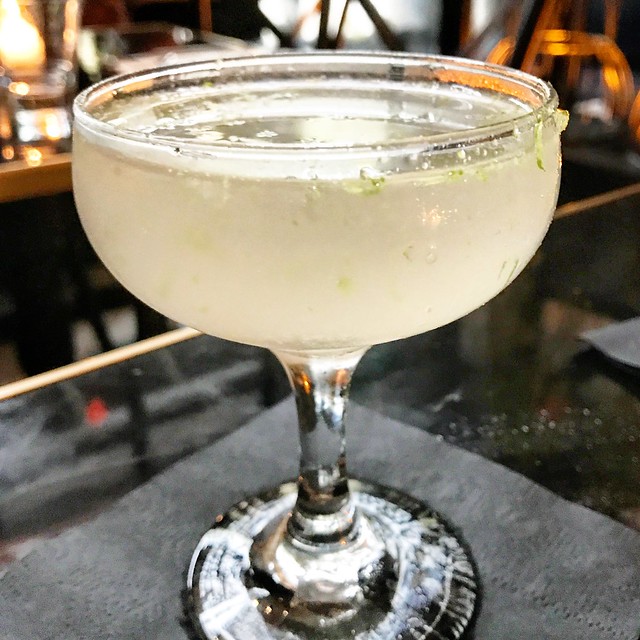 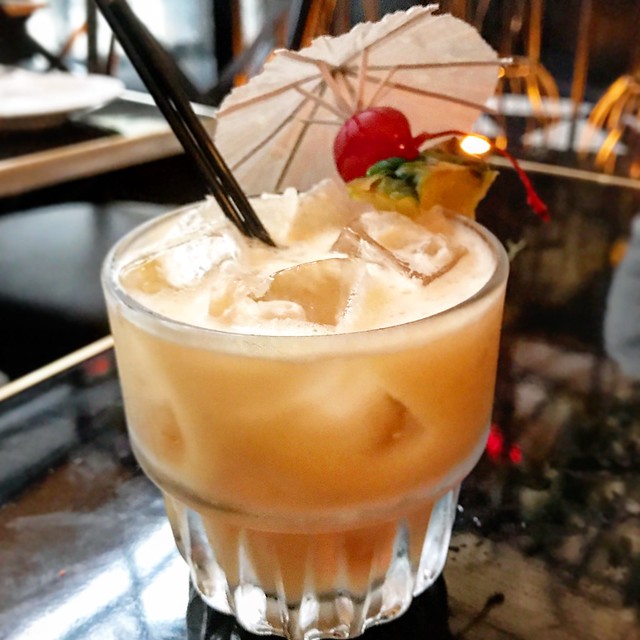 Ms. Yoo is a versatile restaurant, great for a casual-ish romantic date (like, a second or third date) as well as for a small group of friends. They have a private dining area on the second floor with a one-way mirror that allows guests to look out into the main dining area below, but retains privacy from people looking in.