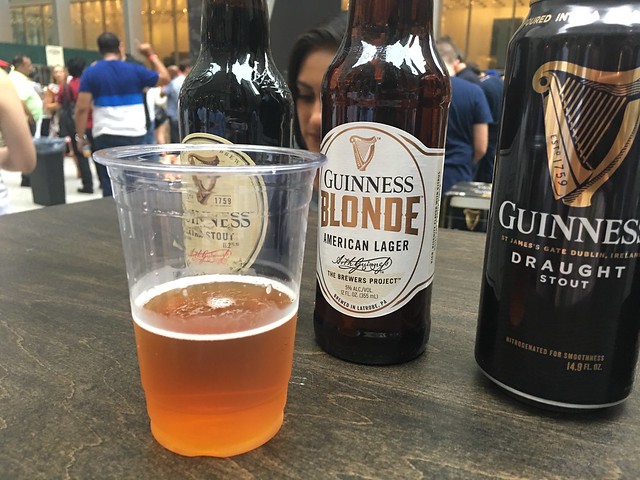 What’s the best month to drink a cold beer in the big bad apple? If you’re a borderline alky like me it’s every month, but did you know that July is Good Beer Month in NYC? What exactly is it? It’s an annual month-long festival that celebrates great local bars and their communities and the Good Beer they serve.

Mayor Bloomberg officially declared that July is Good Beer Month five years ago when the Good Beer Seal (GBS) was launched.  The GBS identifies bars that serve quality craft beer and demonstrate a commitment to the community in which they do business. A Good Beer Seal Bar is independently owned and operated and offers at least 80% craft domestic and special imported beers. Throughout the year The Good Beer Seal bars come together to support charitable organizations like Just Food, Slow Food NYC, the New Amsterdam Market, and other organizations that promote sustainability. 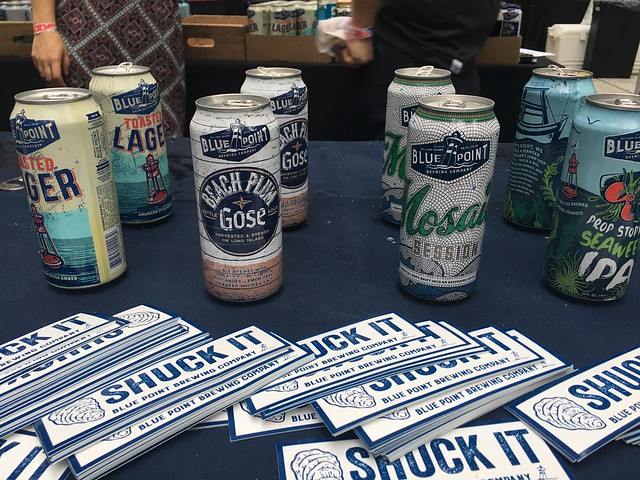 But why the history lesson on Good Beer Month? Just over a week ago my girlfriend and I had the opportunity to attend Edible Manhattan’s Good Beer Festival in the outdoor plaza of 28 Liberty in lower Manhattan’s financial district. Not only great cold brews from the US and abroad but hearty food as well from a variety of vendors and local stores across New York, it was a night to remember.

Hosted by Edible Manhattan, a magazine published 6 times a year that “tells the story of how the city eats”, we had a terrific time sampling things from delicious Sigmund’s Pretzels (OMG, try their truffle cheddar pretzel) to fresh oysters from L&W Oyster Co. (outstanding!) to designer cheeses from Stinky Bklyn (I’m a HUGE FAN of their Bayley Hazen Blue), and that’s just for starters.  We started washing it all down by trying beer from the KelSo Beer Company. Founded by brewmaster Kelly Taylor and his wife Sonya Giacobbe in 2006, they have some really excellent beers. My favorite was their Nut Brown Lager. I also really liked the Pale ale I had from the Lagunitas Brewing Company, home of the famous Little Sumpin‘ Ale. 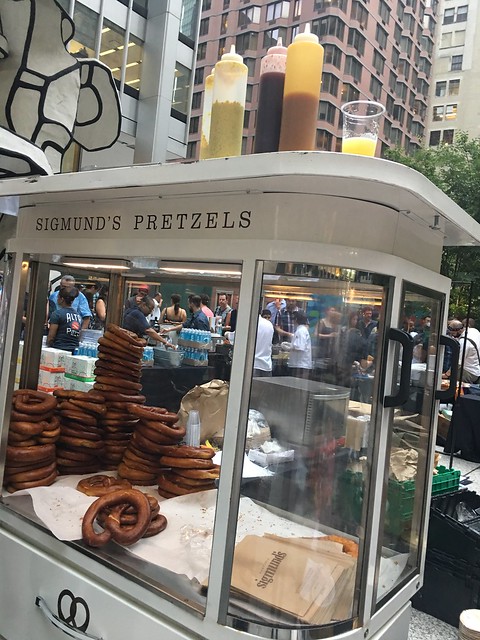 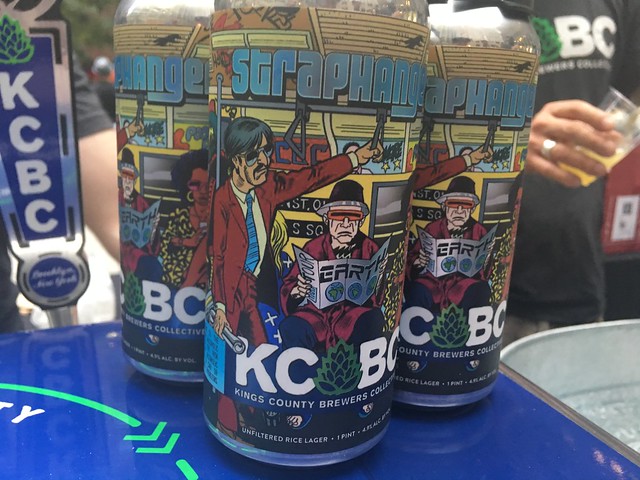 Getting back to the grub we next sampled pickles from Jacob’s Pickles. These aren’t your boring regular dills folks. If you’re a pickle-person you need to check these guys out. You’ll need to wait a bit though to visit their store on the Upper West Side, Broadway at 84th Street, as a fire in the building next door damaged their store and it’s being renovated. You can still visit their Facebook page and order from there!

Next we headed to Jimmy’s No. 43 to try some pork. I’ve been to Jimmy’s before and he never disappoints. Never! The Good Beer Seal was actually co-founded by Jimmy in 2009, along with Ray Deter (RIP – former owner of d.b.a.), Ben & Mike Wiley (Bar Great Harry), Gary Gillis (Burp Castle/Standings), and Dave Brodrick (Blind Tiger). 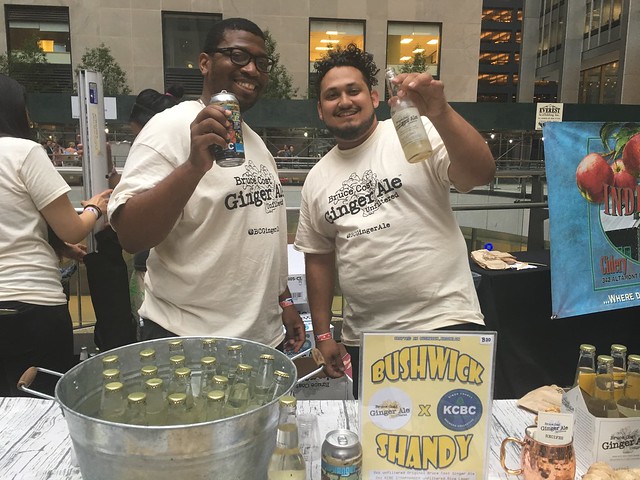 Hitting a bit more booze I tried the Booberry Cider from Indian Ladder Farmstead Cidery and Brewery. It’s a dry hard apple cider made with blueberry juice directly from their 100-year-old family farm in Altamont, NY.  Delicious.  Staying with the ciders for a minute I next sampled a Pear Cider from Original Sin Ciders. I’m a big sucker for anything pear as it’s one of my favorite fruits, so needless to say this was my favorite drink of the evening. Perfect for a hot summer night. 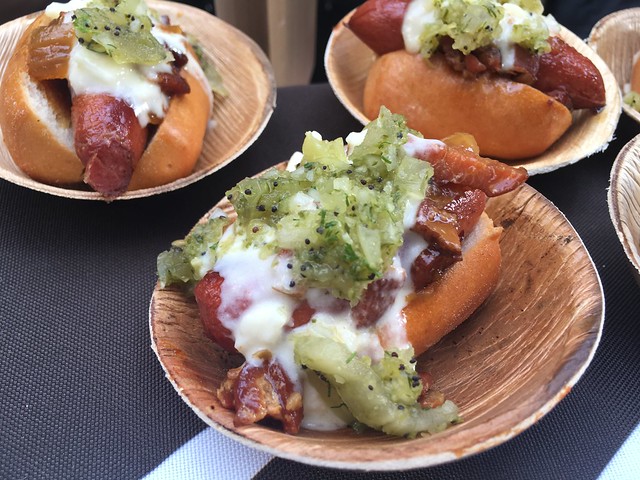 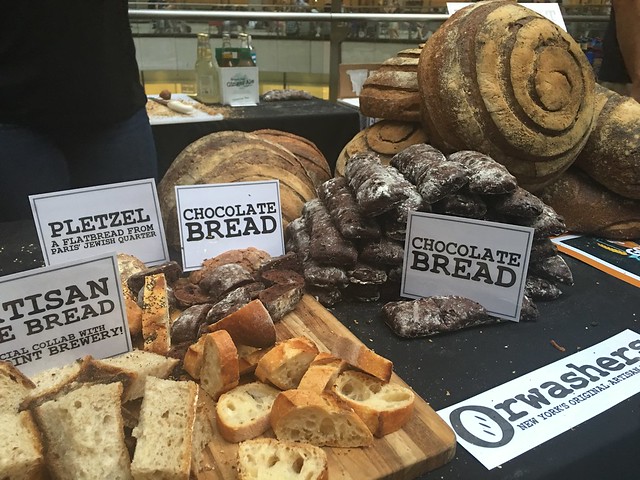 Nearly full we sauntered up to The Doughnut Project for some dessert. Neither Dunkin’ nor Krispy Kreme, these donuts would make Homer Simpson delirious. They were so good we couldn’t stop eating them! 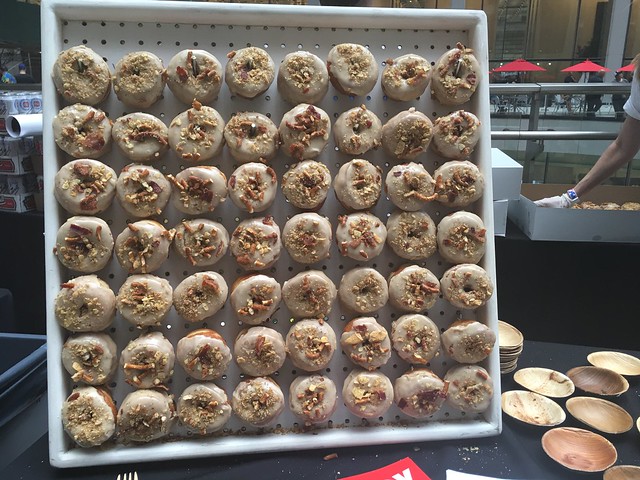 Sufficiently stuffed we waddled our way towards the exit but were accosted by the reps from Häagen–Dazs, handing out samples of their crispy Belgian chocolate, vanilla, and blackberry trio. I’m not even gonna tell you how many samples we ate, but my pants no longer fit me. 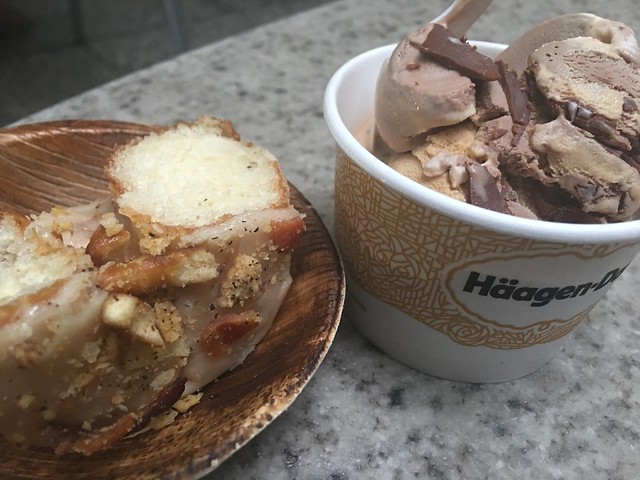 We look forward to going to next year’s Edible Manhattan’s Good Beer!

Edible Manhattan tells the story of how the city eats. Along with other Edible New York titles, it belongs to a network of Edible magazines and websites across North America. We hunger for bits of forgotten food history; a bialy in Chelsea or mangu in Washington Heights; an artisan, cook or chef who makes their own aquavit or cured meats; a factory or store with a culinary specialty, be it big or small; a trend that is really making a difference in how the city thinks about food; and community gardens and rooftop farms that feed Gotham.Their sister magazines are Edible Brooklyn, Edible East End, Edible Long Island and the Edible magazines in New York state. Visit Edible Communities to find the publication nearest you.