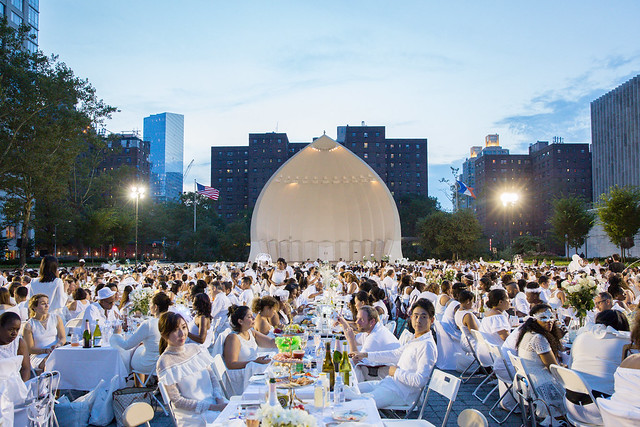 In a city so good they named it twice, Dîner en Blanc New York also celebrated their 7th consecutive pop up dinner occasion in a location they couldn’t get enough of: Lincoln Center. This makes sense after the conversation I had with Sandy Safi, Co-Founder of Diner En Blanc International. When we spoke about locations, we did discuss how it was difficult to find public places that will sign off on such a large-scale event. 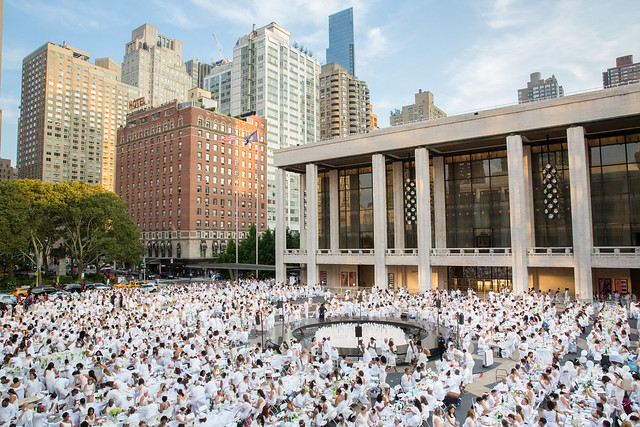 The event itself was an event planner’s dream and came together like clockwork, with guides meeting attendees at 24 locations in the city to deliver them to the secret location, which would be revealed as Lincoln Center. Safi said one of her favorite parts of planning these dinners is making attendees stop to appreciate their city in a way they may not have before. 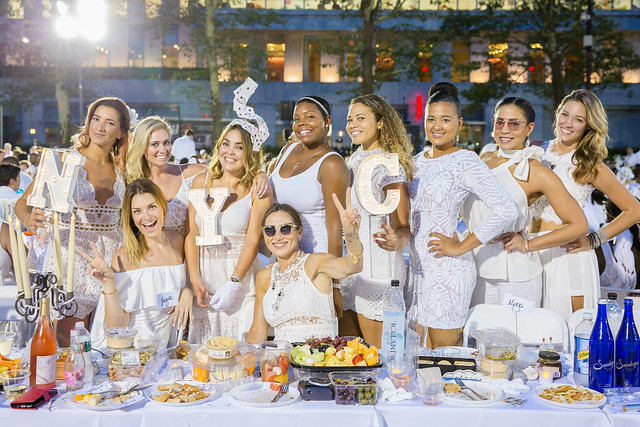 Attendees set up their elaborate tablescapes and dinner spreads in what almost felt like a choreographed dance. It probably also felt like a performance because of the grandiose white outfits people arrive in, headpieces, wings and all. 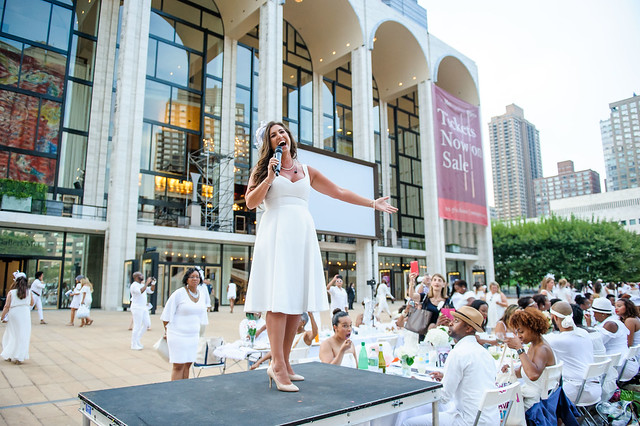 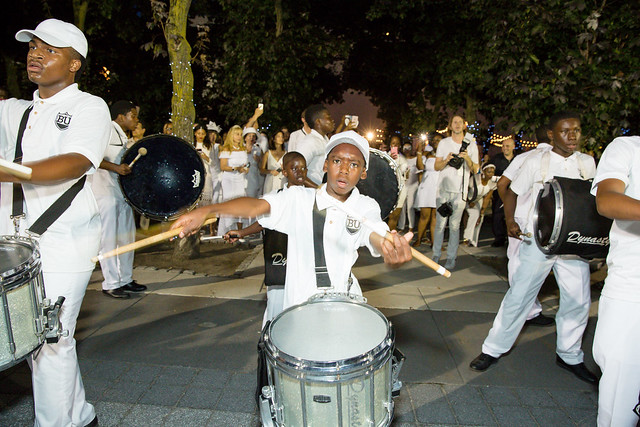 To accommodate as many people as possible, the space included two areas that were slightly siloed, but were connected by musical performances that would span both zones. This was especially the case when the Brooklyn United Marching Band came through in full force, getting everyone out of their seat. 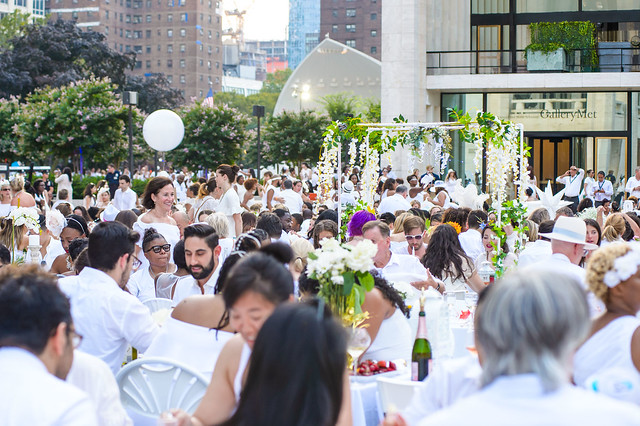 Todd English provided Maine Lobster Dinner picnics for two for those that wanted to take the legwork out of what they’d be dining on that evening. The meal included lobster salad with brioche rolls, blueberry brown bread squares, steams potatoes with sour cream, grilled corn on the cob, caramelized bacon strips, roasted Brussels sprout slaw and an apple cheddar pie for a sweet finish. 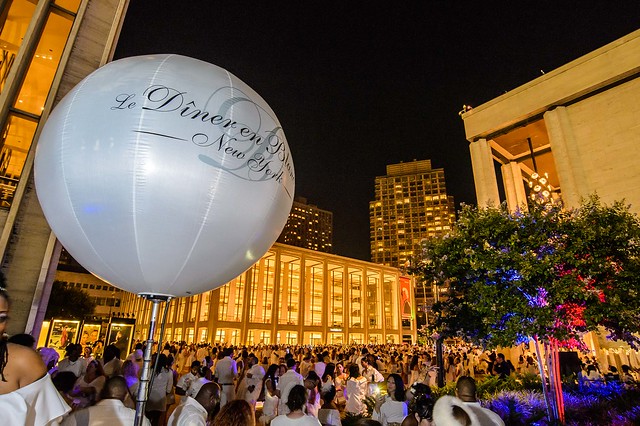 Canard-Duchêne Champagne provided the bubbly for the evening while Kenwood Vineyards provided the wine and Evian Bandoit provided water. 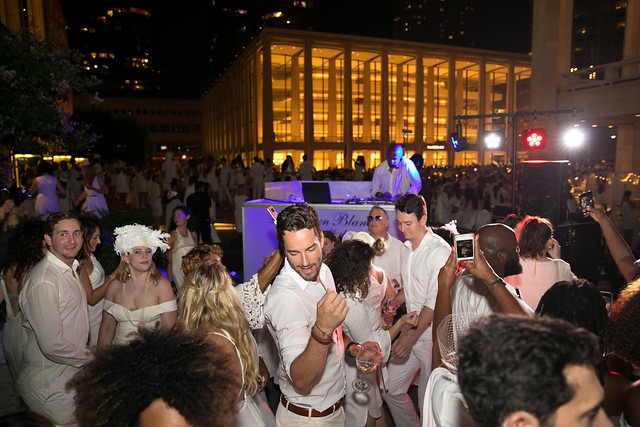