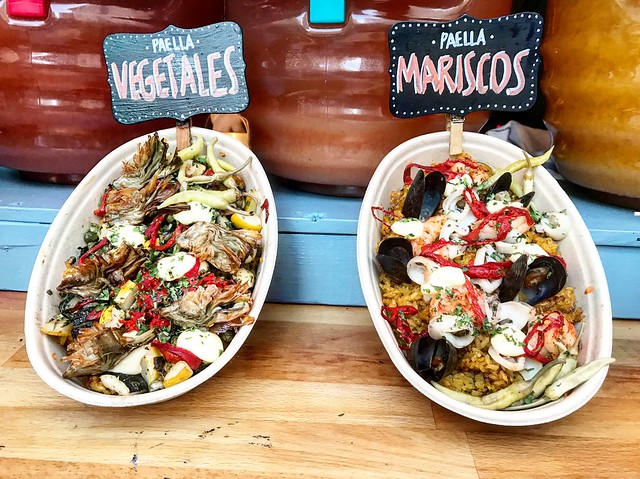 The fall season may not be officially upon us yet, but we sure are feeling the post-Labor Day (for for the lucky few that had Summer Fridays) blues. Fortunately, Urbanspace NYC is helping us with this transition by still encouraging us to go outside and enjoy this mild fall weather at Mad. Sq. Eats at Worth Square, in partnership with the Madison Square Park Conservancy. 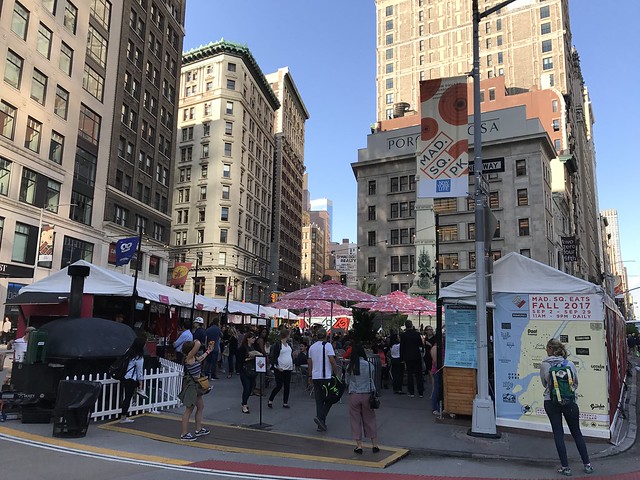 We got to taste a few of the many, many delicious vendors there. Check out our picks below, and be sure to stop by Mad. Sq. Eats now through Friday, September 29th, open daily from 11:00 AM to 9:00 PM.

The first thing we noticed was that everyone was carrying around waffles cones stuffed to the brim with chicken bites and taking pics for their ‘Gram. We frantically asked where they were from and was led to the Chick’n Cone stand. Their most popular sauce flavor is the Kick’n Ranch, which we tried along with the Yella BBQ with a twinge of mustard. 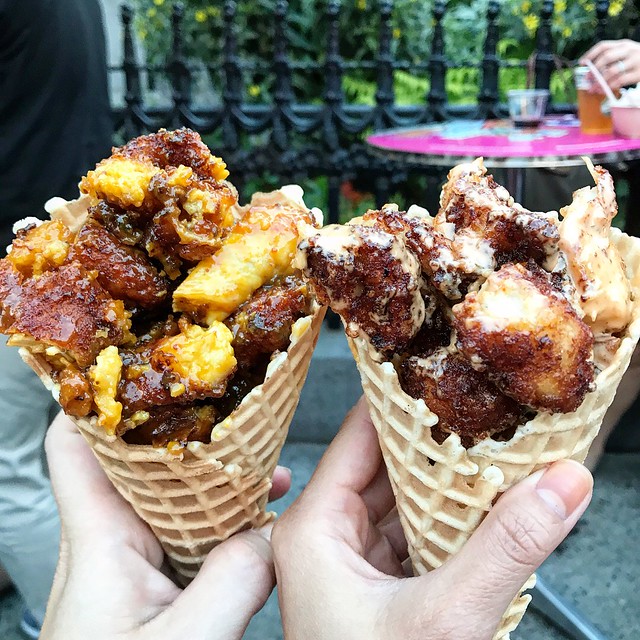 Next I was drawn to the Baked Cheese Haus stand where they had a slab of raclette being melted right in front of your eyes. Nothing is more comforting than grilled cheese! Nearby was Red Hook Lobster Pound where a lobster roll is the Northeast version of comfort food. 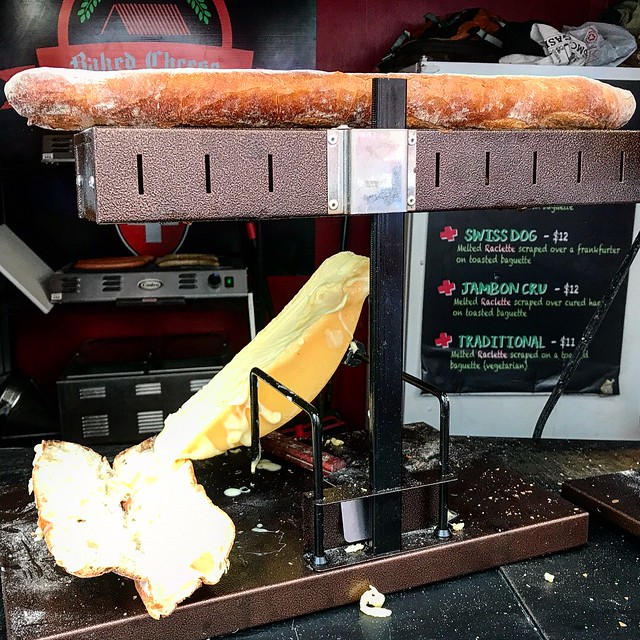 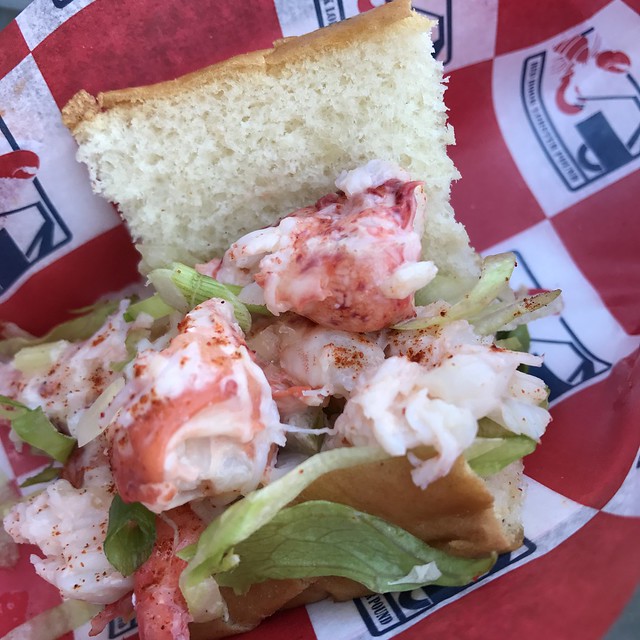 You can’t go wrong with the baos from Bao By Kaya. The bread is soft and fluffy, and the meat is tender and flavorful – try the red curry chicken for sure!

Speaking of flavor, get a stuffed sandwich pocket from Trapizzino. The vision of their sandwiches comes from when people use bread to scoop up leftover pasta sauce, so these pocket sandwiches are filled to the brim with saucy filling. 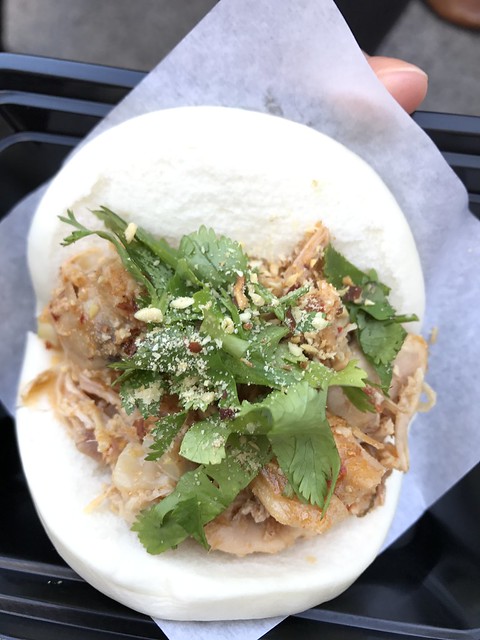 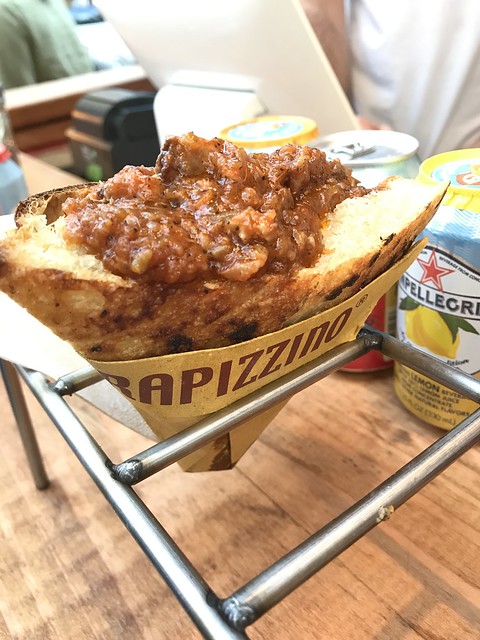 For a sweet treat and to cool off a bit, I got my favorite ice cream sandwich from Melt Bakery. The red velvet “Lovelet” never fails to put me in a better mood! Also popular was the Renegade Vice Parlour stand, which is an awesome slushie combining the awesome efforts of Renegade Lemonade + a scoop from Ice and Vice + topped with Macaron Parlour. An amazing combo! 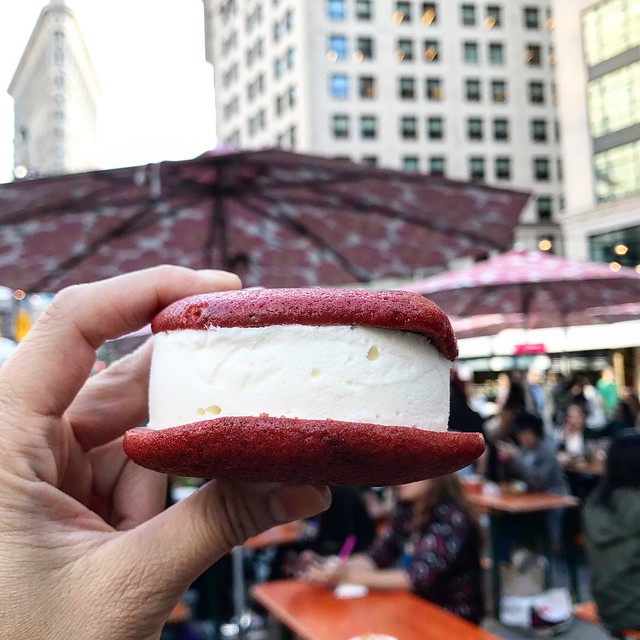 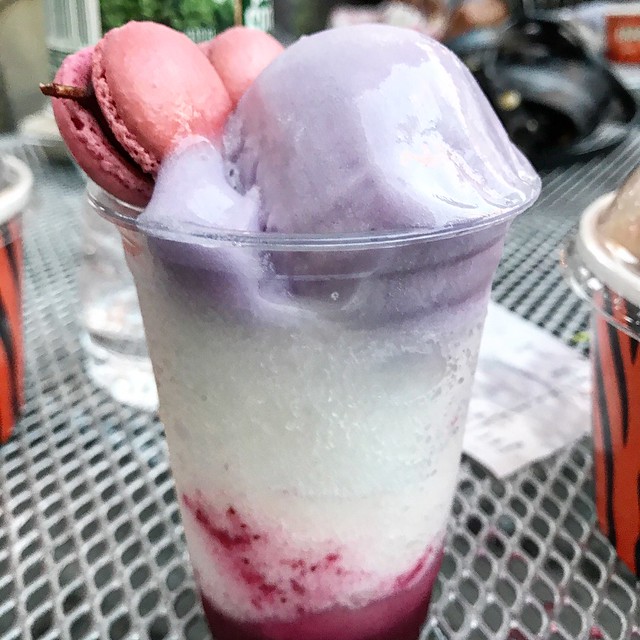 Get in on the sushi burrito crazy with one from Hai Street Kitchen & Co. The Slammin’ Salmon is one of their most popular options, and you really can’t go wrong with fresh salmon.

Another trending spot are Beijing street food items like from Mr Bing. Their egg crepes are filled with savory meats like drunken chicken and BBQ pork, but we were really into the sweet option filled with Nutella and crunchy wontons. 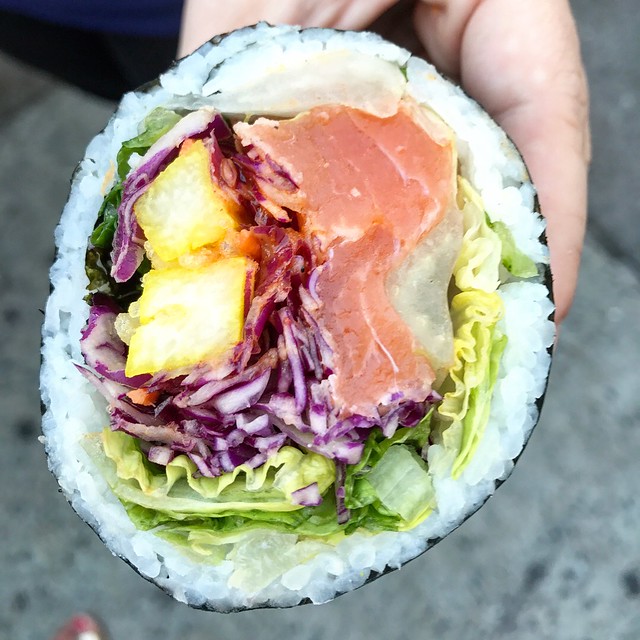 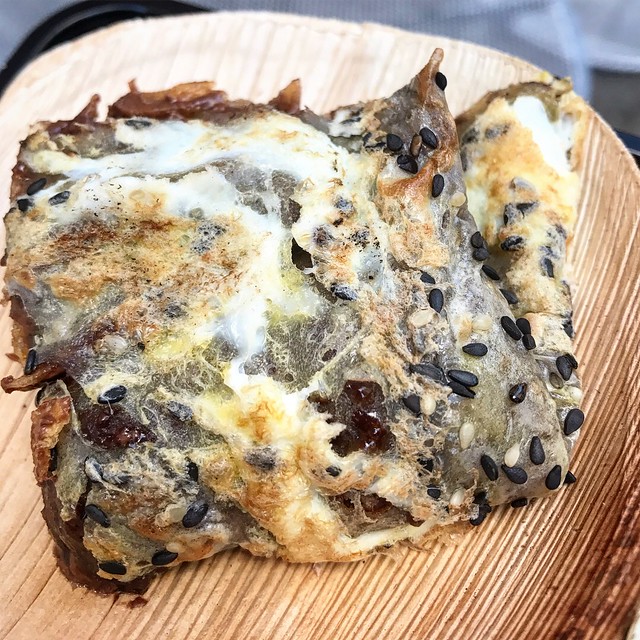 It’s challenging to find good Cajun food up north so I was excited to try Gumbo Bros. I can’t say no to mac and cheese so I tried their version with crawfish. I do like my mac and cheese brimming with cheese, but they used tons of Cajun spices for flavors. It was also my first time trying Boudin balls, a mixture of pork and rice, breaded and deep fried, and of course super flavorful.

It also seems like everyone went to Europe this summer without me, so I feel like I could make up for the FOMO of going to Spain by checking out The Paella Shack. Paella is timely to prepare, but it is worth the wait to get a taste of the delicious rice mixed in with seafood, as well as their various other options. 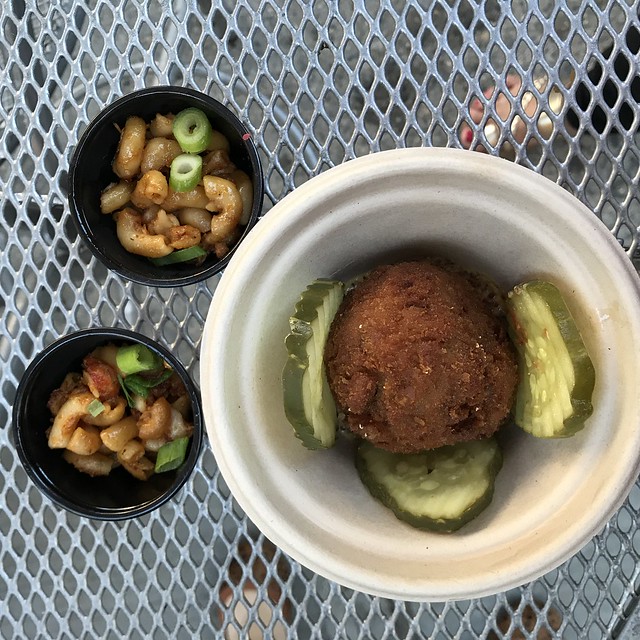 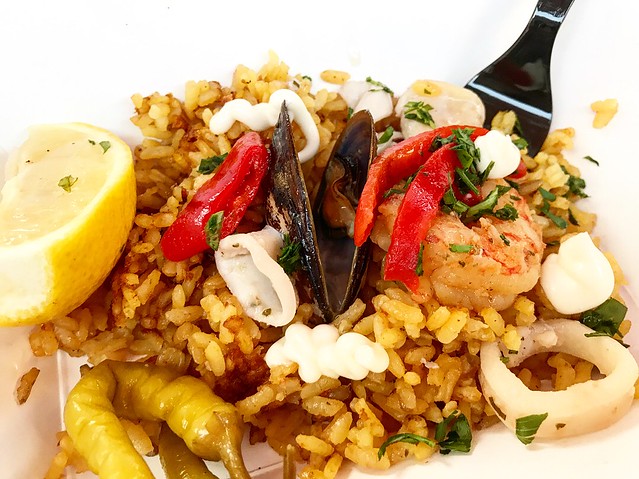 There were a ton of other vendors that aren’t mentioned that are also 100% worth visiting, so check out the full vendor list below and head to Madison Square Park to enjoy these delicious eats!