Bedford and Co Turns Up Autumn with their Fall Pumpkin Tasting 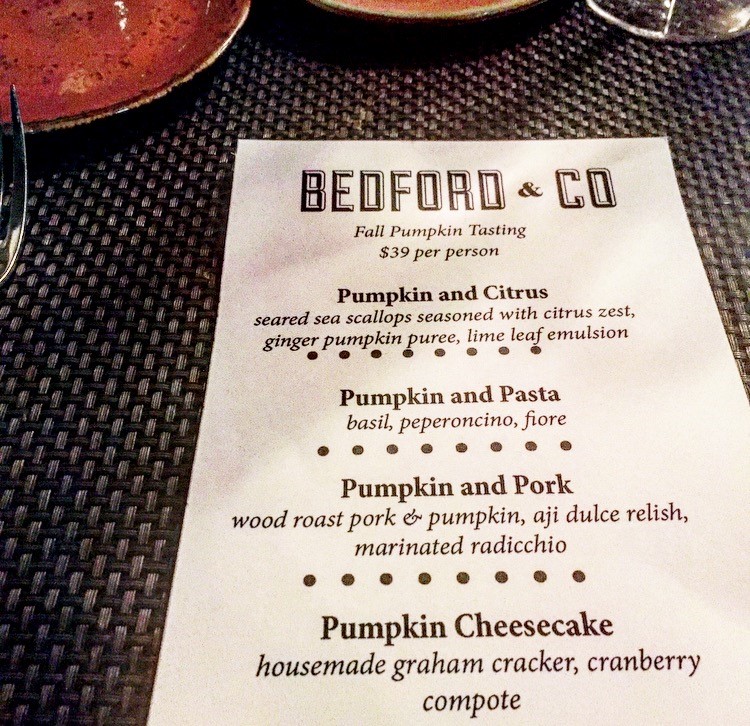 Bedford and Co is a nice little secret tucked away into the Renwick Hotel in Midtown East. We went to check out the Pumpkin Tasting menu and were greeted with a vibrant bustling restaurant playing R&B throwbacks!

We started our meal with the Pumpkin and Citrus, a seared sea scallop seasoned with citrus zest, ginger pumpkin puree and life leaf emulsion. This was not only aesthetically pleasing, but also so good that nothing was left on the plate after we were done with it. 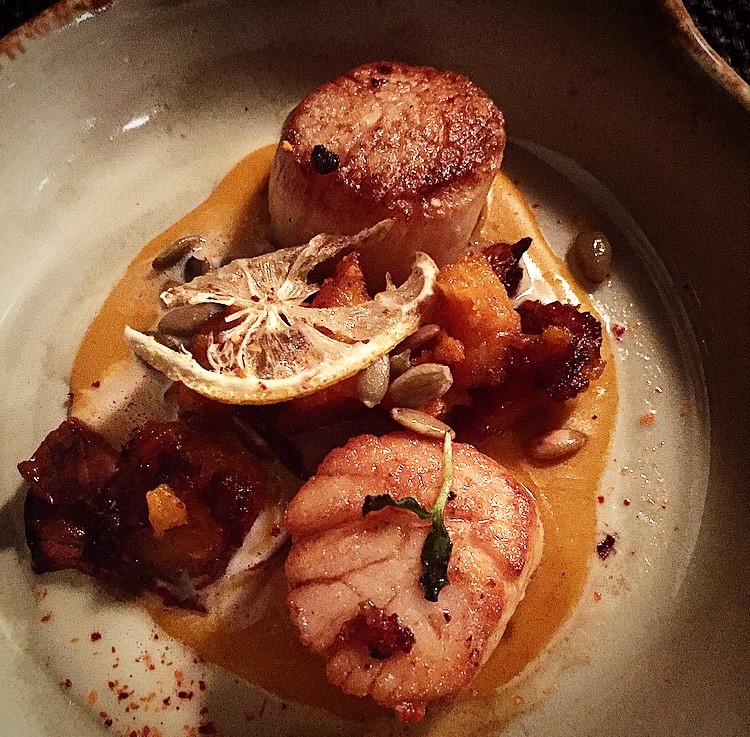 This was followed by Pumpkin and Pasta, with basil, pepperoncino and fiore. The pasta was a fun texture and served perfectly al dente. 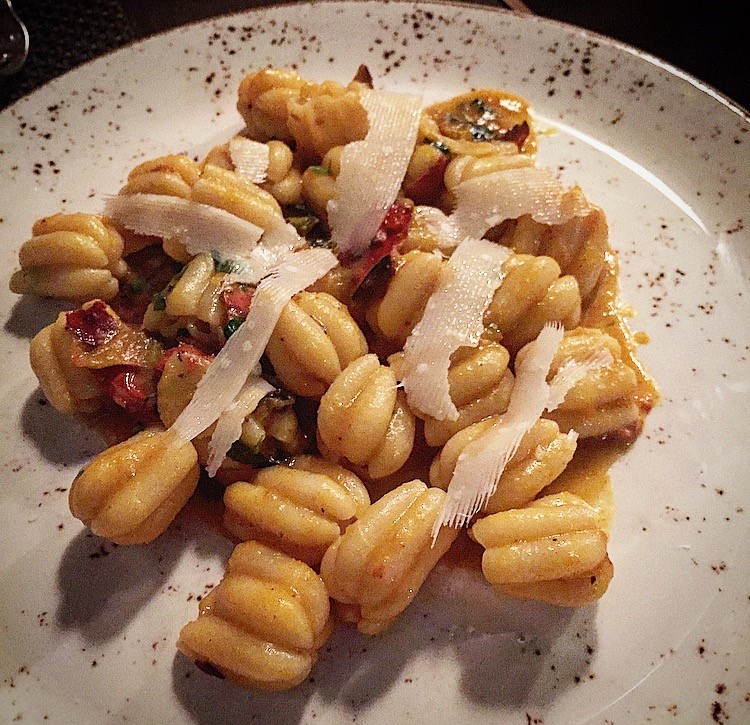 We tried the Chicken under a Brick with maitake mushroom, celery root puree and chestnut accruements, the epitome of fall in a bite. 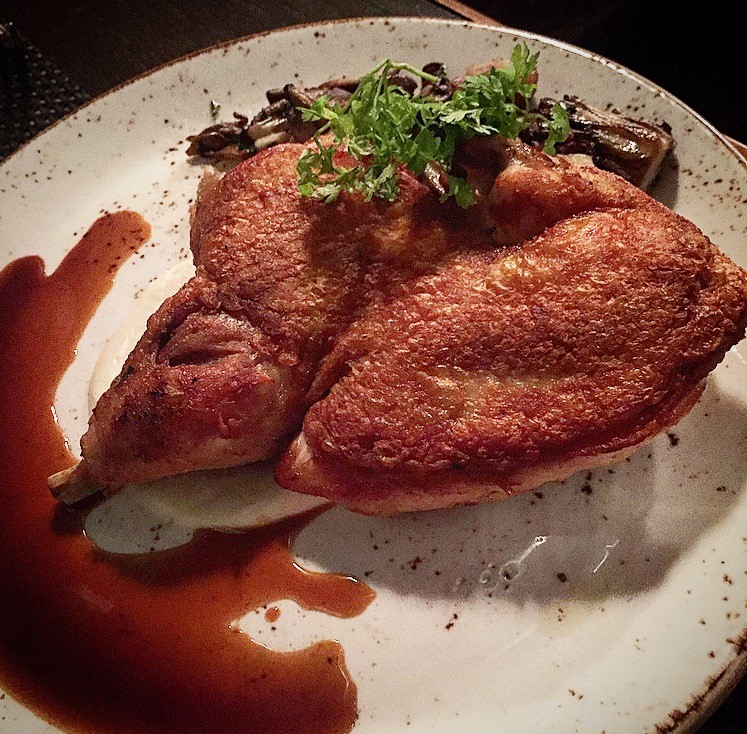 The Pumpkin and Pork was very flavorful, comprised with wood roast pork and pumpkin, aji dulce relish and marinated radicchio. We also couldn’t resist the Brussels Sprouts, mixed with bacon, which makes everything better, apple cider and mustard seeds. 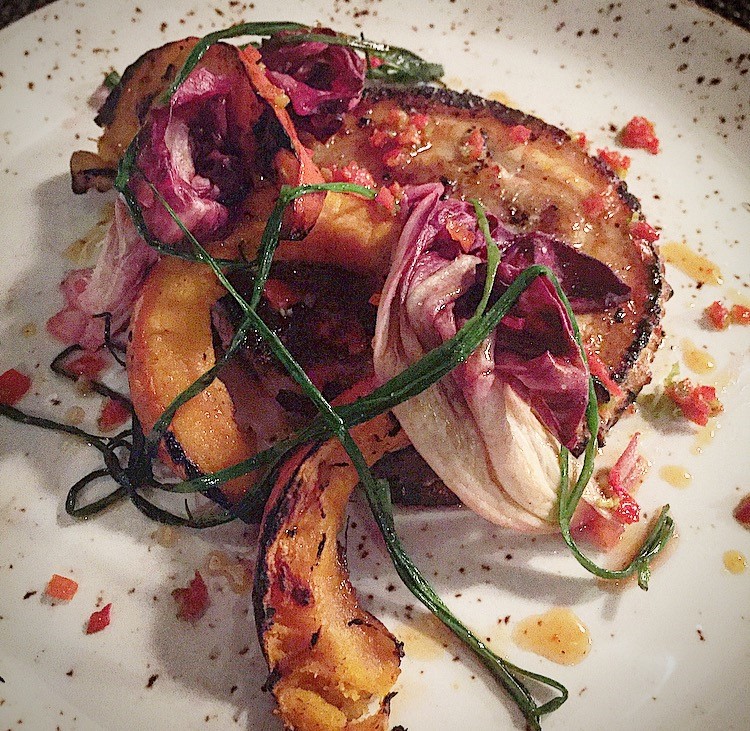 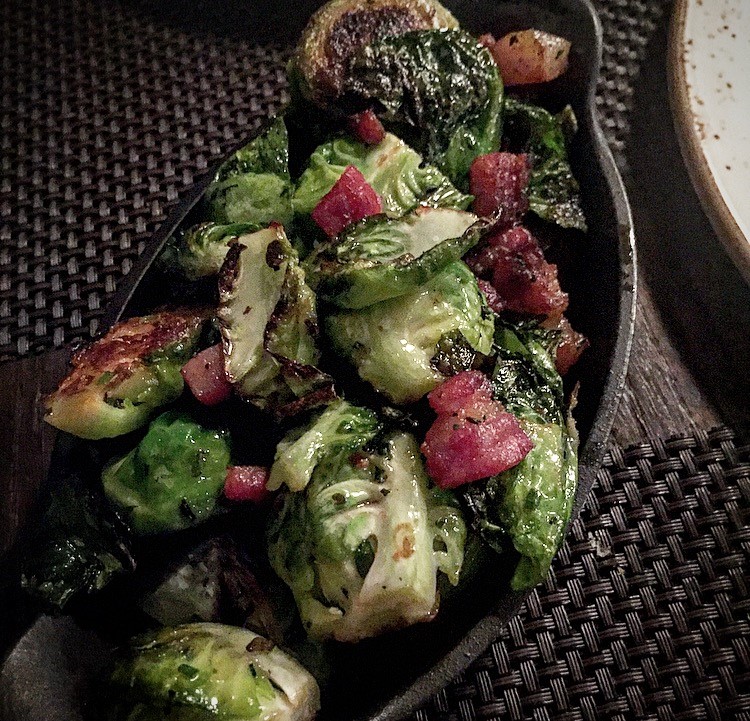 The finale was a Pumpkin Cheesecake, served in a jar with housemade graham cracker and cranberry compote. The tartness of the cranberry helped to tone down the sweetness of the cheesecake. 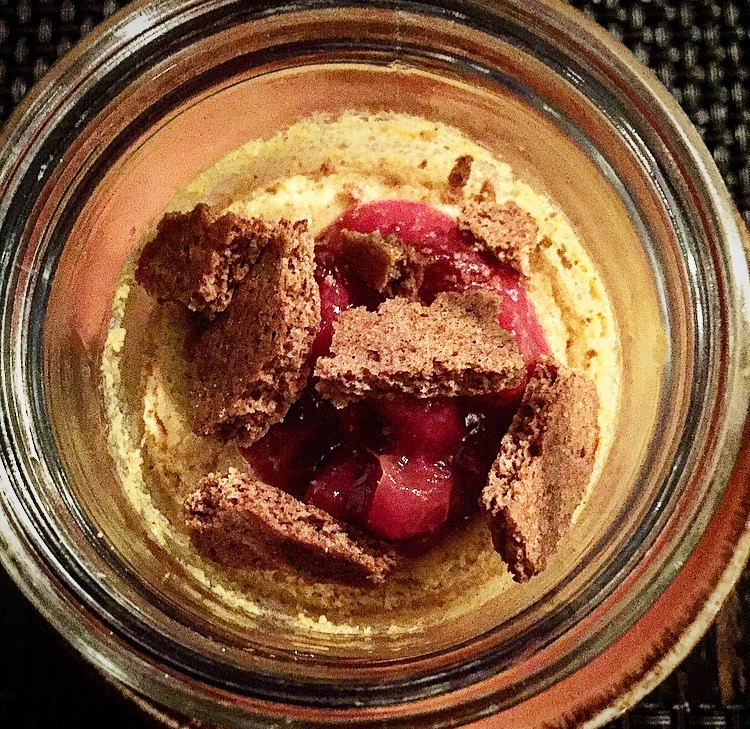 The Fall Pumpkin Tasting menu will run you a very reasonable $39, which can save room in your wallet for the great wine selection they have. As the menu is seasonal, it is set to end after November, but the Chicken under a Brick, Brussels Sprouts, and a $29 Bottomless Brunch (!) should remain after.