I’m a carnivorous meat loving Neanderthal. I enjoy dining on meats of all species and flavors.  In my hungry youth I devoured more fast-food burgers from McDonald’s, Wendy’s, and Burger King than a starving lion cub on the Serengeti. I’ve since matured into a finer diner and wouldn’t step foot in such a lowbrow establishment, for, if I did, my stomach would pay dearly for it later.

Where, as a meat eating connoisseur, can one find a great steak in this city crammed full of more mediocre restaurants than a small country? I’ll tell you where. You can find one at the Tudor City Steakhouse. My girlfriend and I visited their steakhouse recently and had what may have been the best steaks we’ve ever eaten. 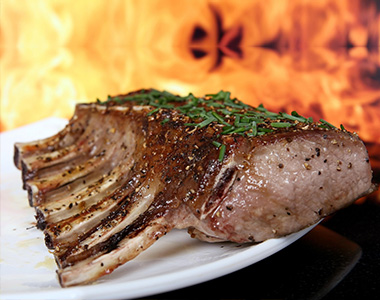 Nestled in the “little slice of paradise” that’s the historic Tudor City apartment complex in Midtown, Manhattan, it’s definitely not on the beaten path – yet it’s only three blocks from Grand Central. Right beside the beautiful Tudor City Greens, a nearly unknown oasis-of-solace in a city of elbows, it opened earlier this year in the quiet circa 1927 enclave which is the world’s first residential skyscraper, across the street from the United Nations on First Avenue. 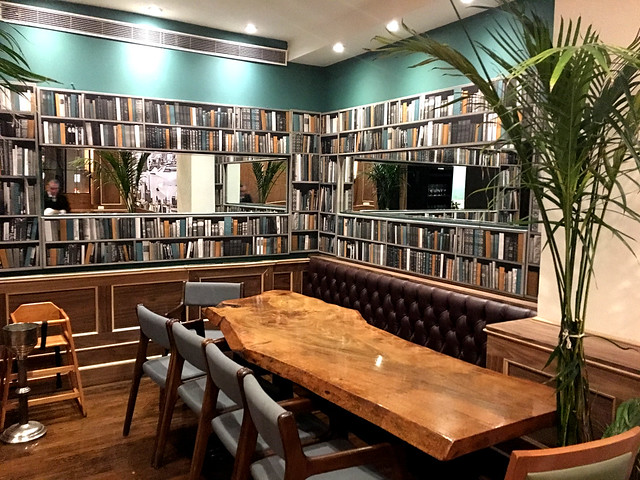 On recommendations of our host, we ordered their Peruvian ceviche as an appetizer, along with baked clams, fried calamari, and a lobster bisque soup, plus two glasses of exceptionally fine wine. Each was simply delicious, but the sure winner was the ceviche. If you are a fan of this South American seafood dish, you must try it here. Chef Adrian Leon is the ceviche master whose proficiency with sophisticated Latin flavors comes from 14 years working with the globally acclaimed “Godfather of Nuevo Latino Cuisine'”Douglas Rodriquez. The lobster bisque soup was so good that it would put the Seinfeld’s Soup Nazi outta business. 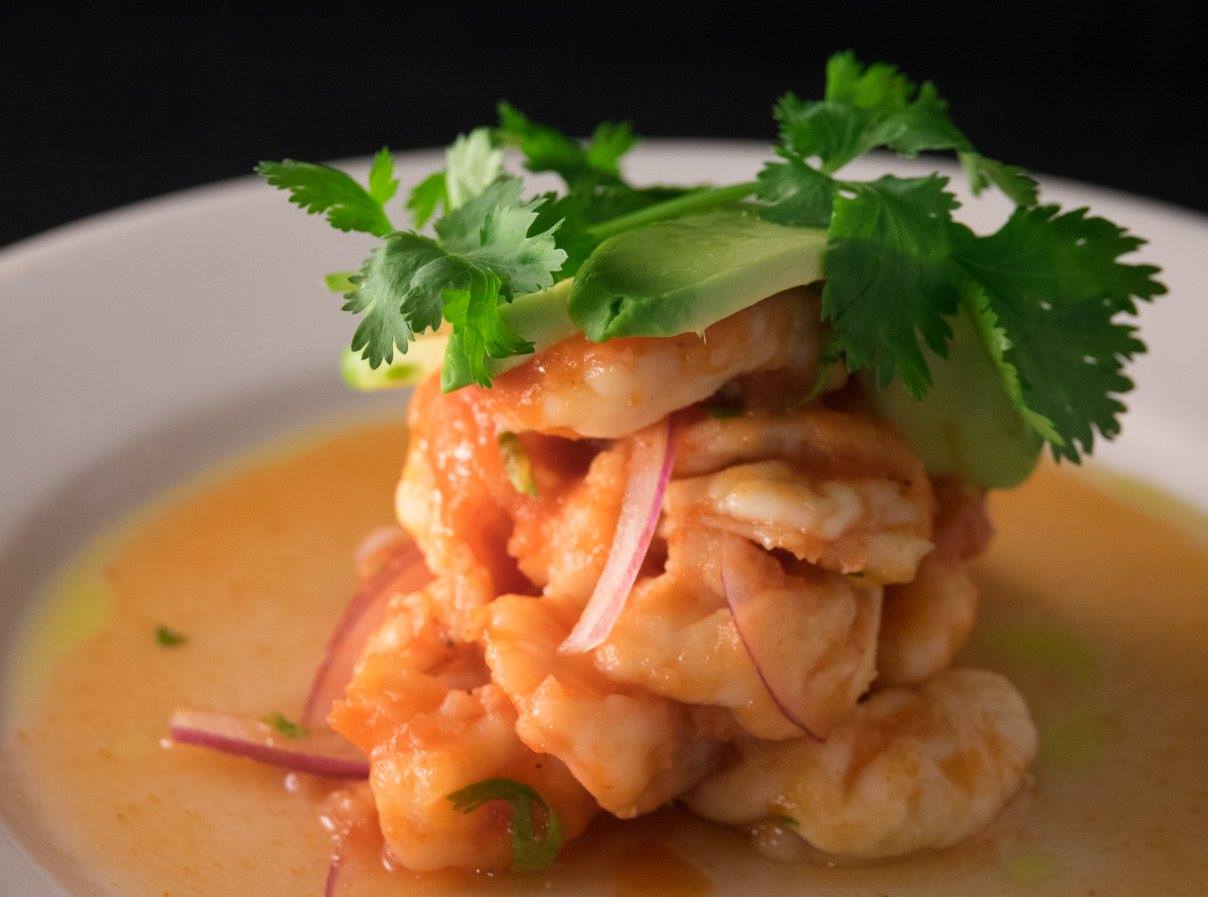 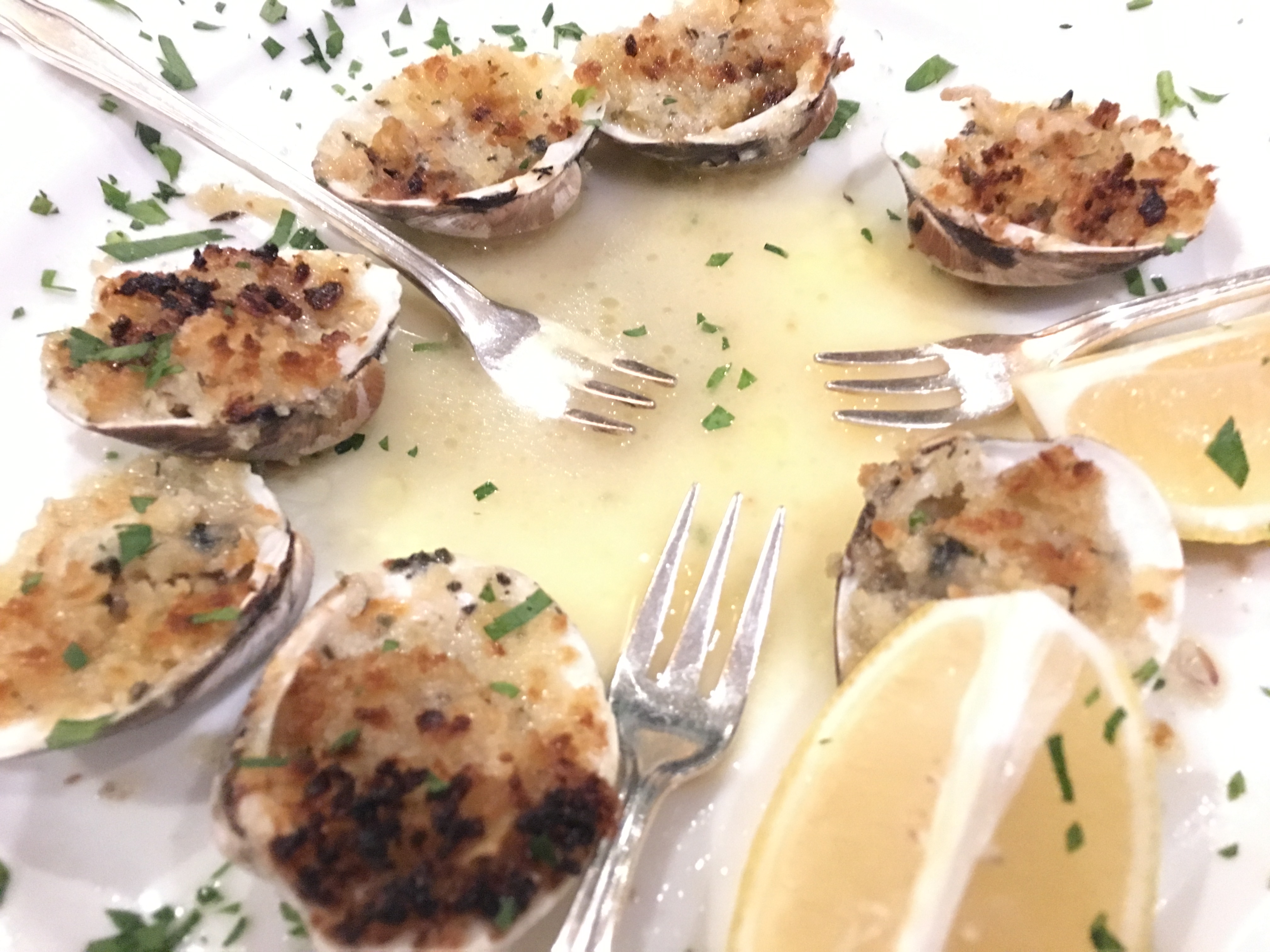 Taking a break to rest up for our main course we took a short walk around the restaurant.  The two-tier space combines the traditional rich wood paneled ‘clubbylook’ typically associated with NYC steak emporiums with contemporary elements such as glossy white glass walls, along with iron, copper and custom art accents, including a specially commissioned mural of Tudor City Steakhouse’s East River view. The bar area is small but cozy and open till late. 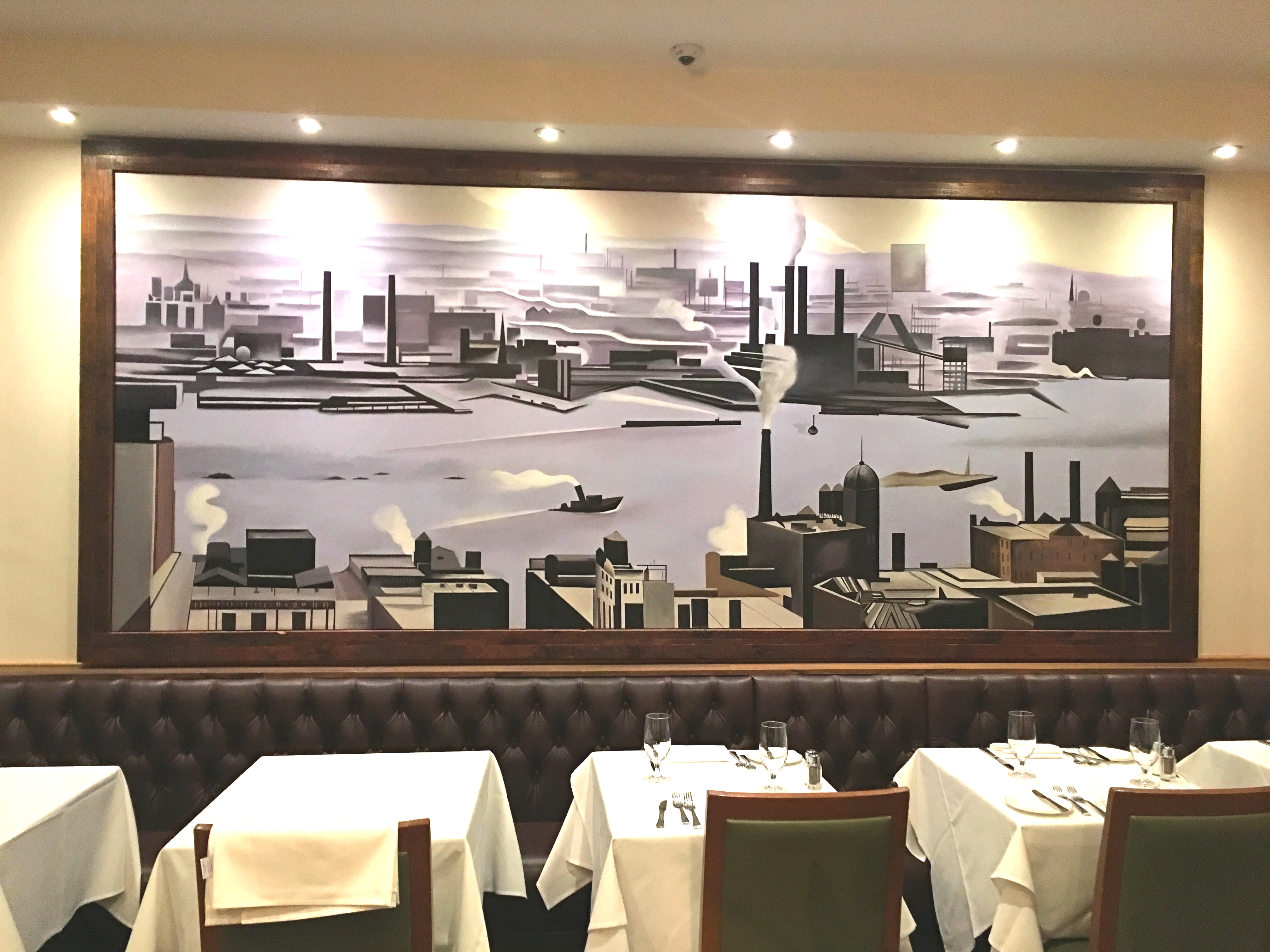 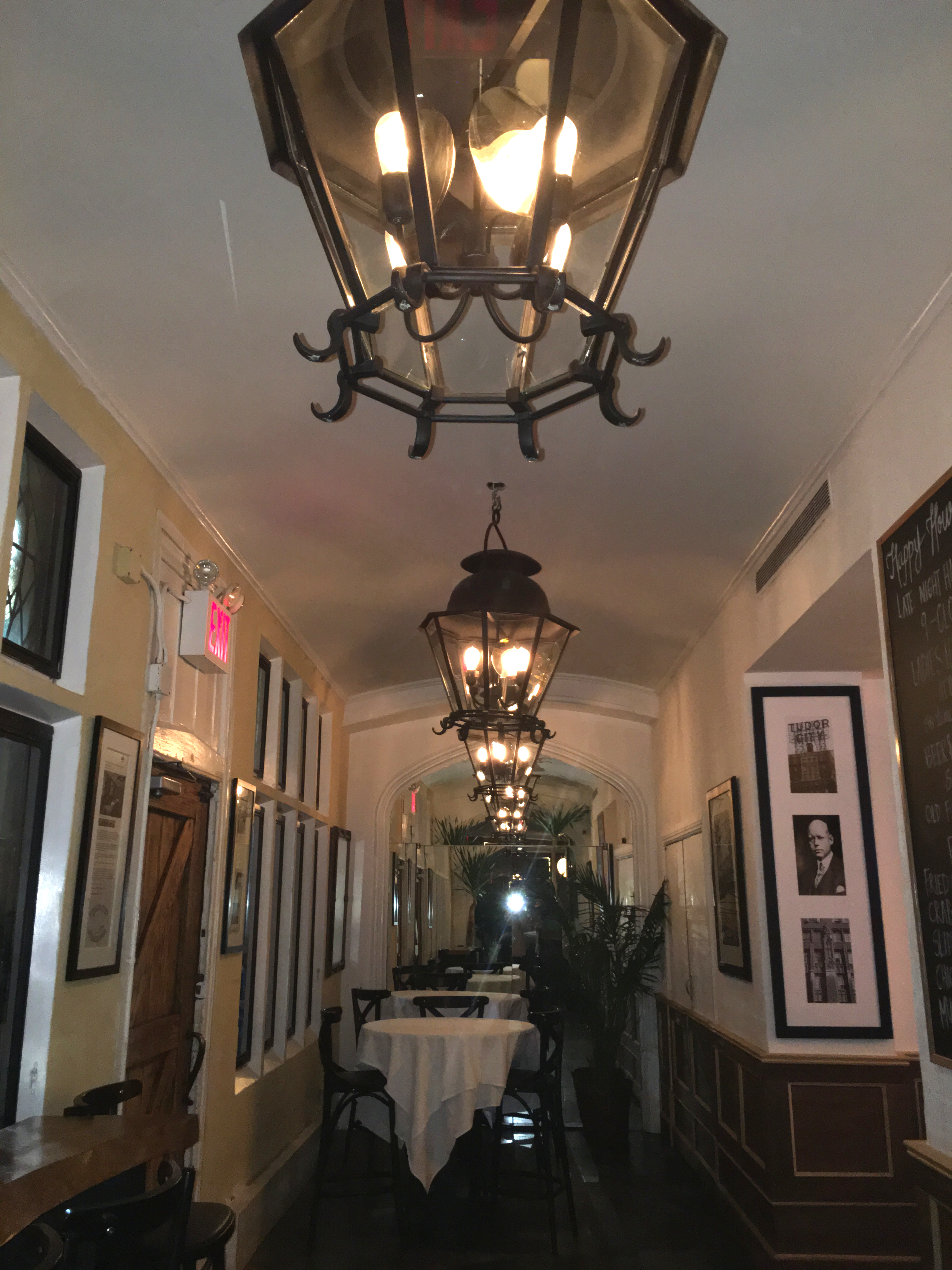 Back at our seats we had another glass of Cabernet Sauvignon and ordered our main course.  I chose the Prime NY Sirloin and my partner decided on the Filet Mignon, accompanied by sides of creamed spinach and truffle cream corn. While waiting our host told us a bit about the history of Tudor City, that it was once home to actor Charlton Heston and composer Billy Rose. 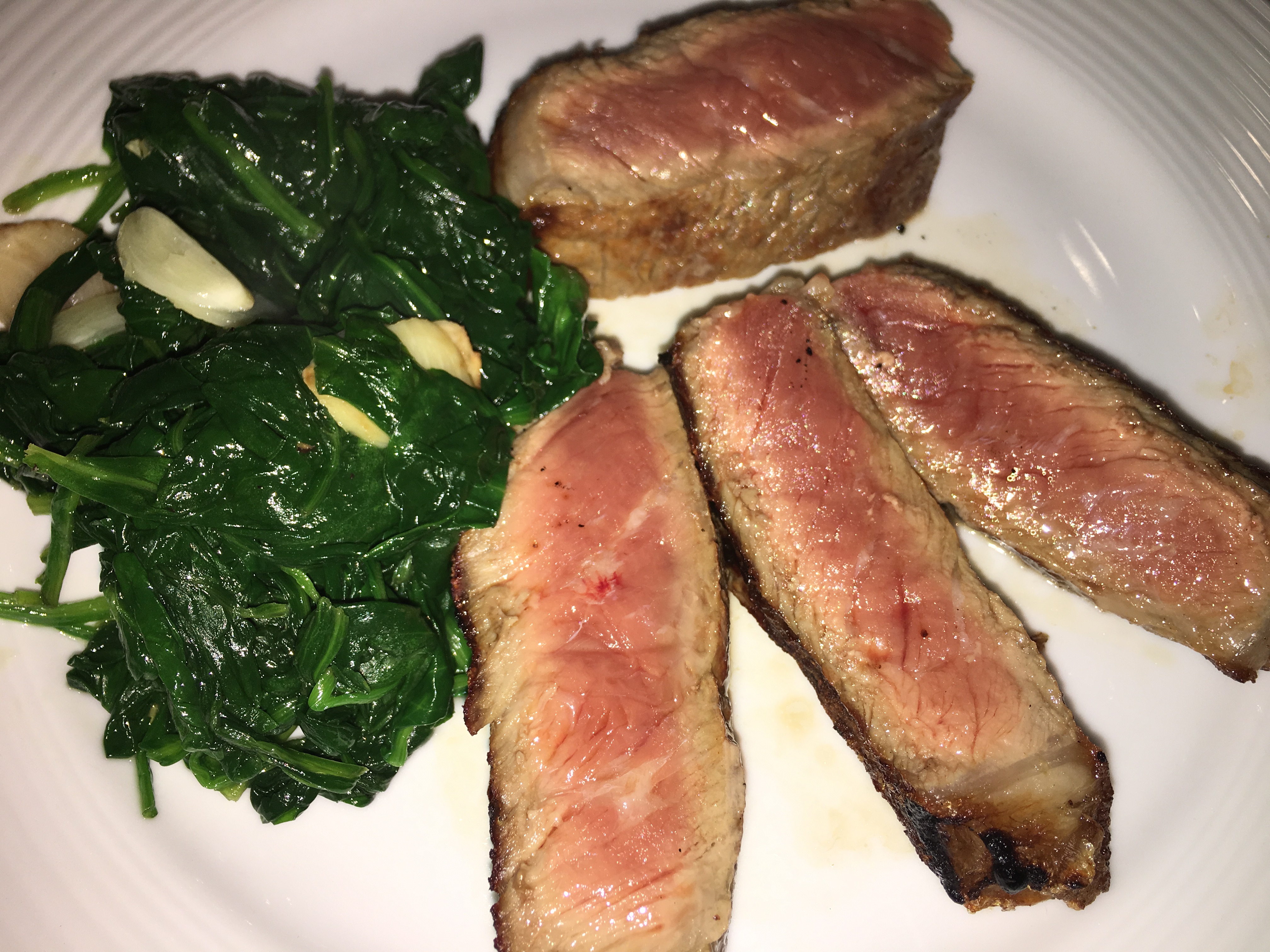 He excused himself when our steaks arrived; the steaks looked incredible and they tasted even better. My NY Sirloin was cooked exactly as I’d asked for, a tad under medium rare. It was so tender and juicy and, well, it’s hard to describe with words. The Filet Mignon exceeded any expectations we had. Every bite was a blissful pleasure, and the closer we came to finishing the sadder we became. Hats off to steakhouse veteran Chef Joaquin Linares, formerly of Wolfgang’s, Peter Luger and Four Cuts, who butchers, dry ages, and cooks the all meat at Tudor City. 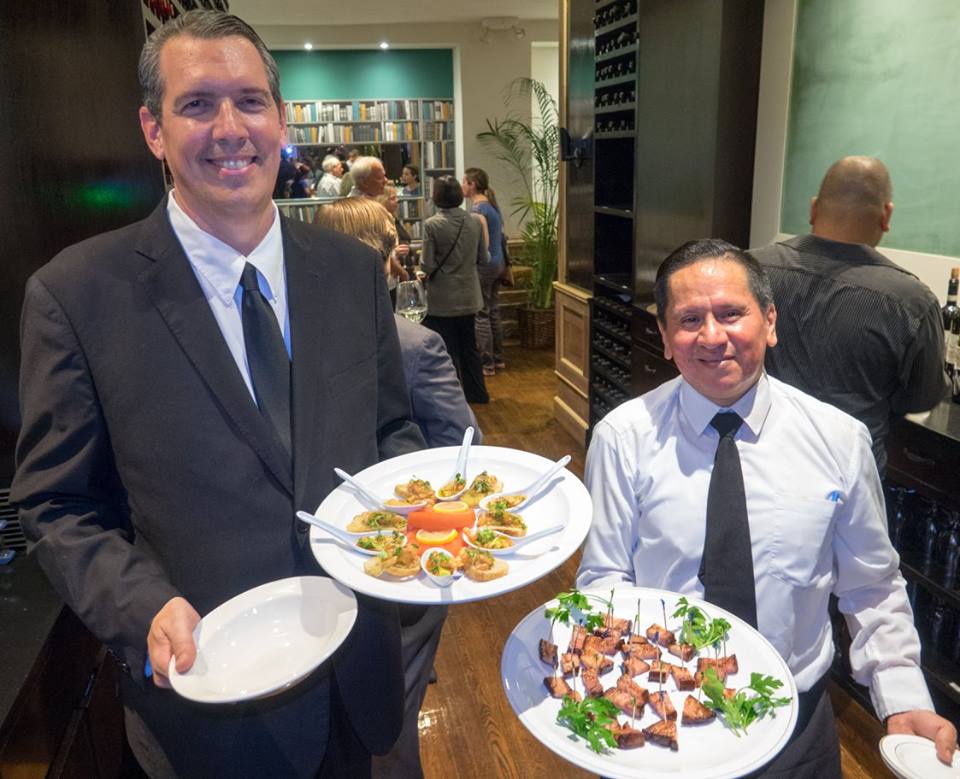 All great meals must come to an end, as did ours, but we were ordered to try a dessert, prepared by pasty chef Bruni Bueno from the Dominican Republic. We chose to share her signature ‘Chocolate Cigar’, which is almond chocolate cake and semi-sweet chocolate mousse with vanilla ice cream. Nice way to end the evening, even though we’re both avid non-smokers. 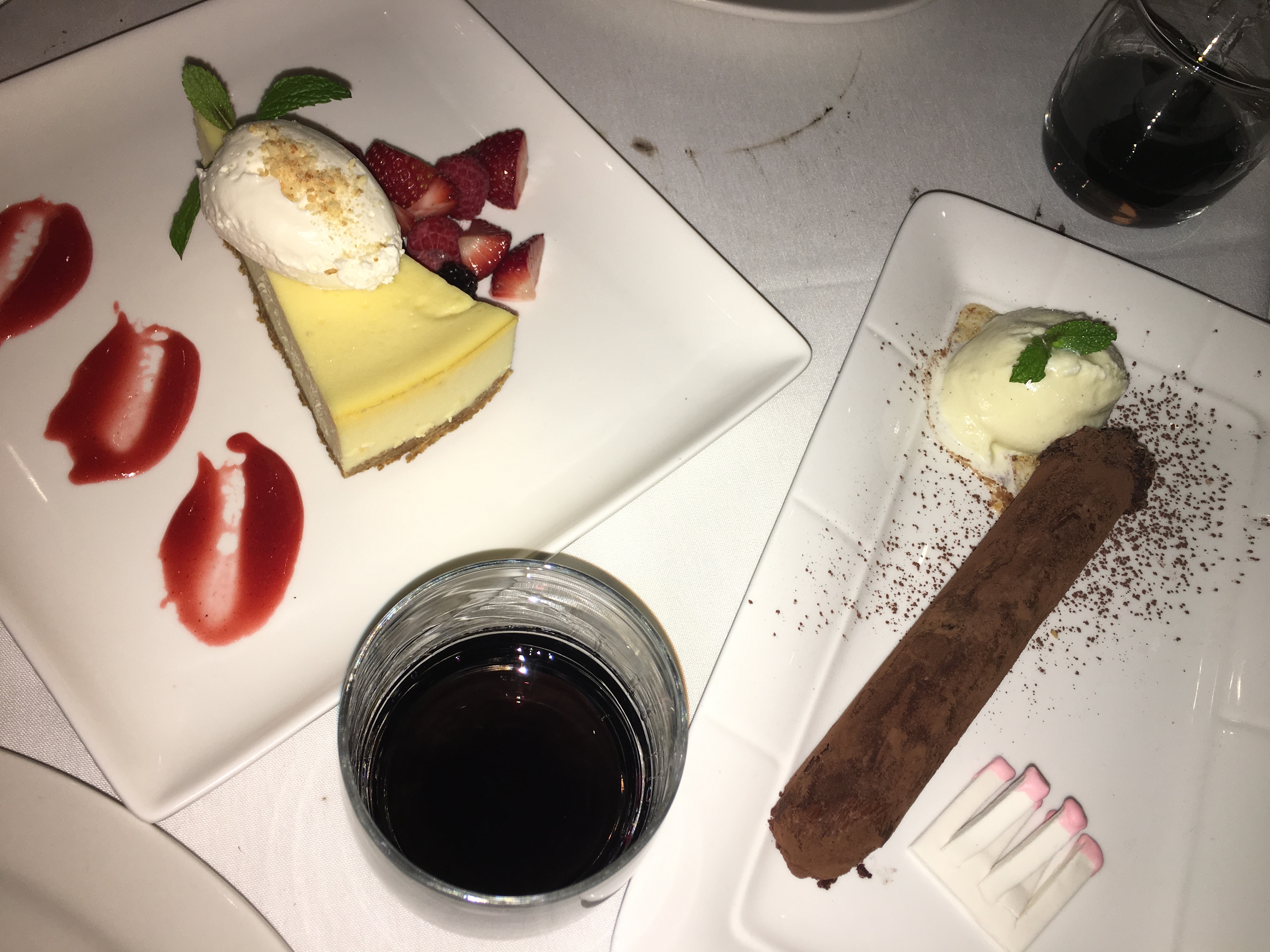 Photos via Tudor City Steakhouse and by Socially Superlative