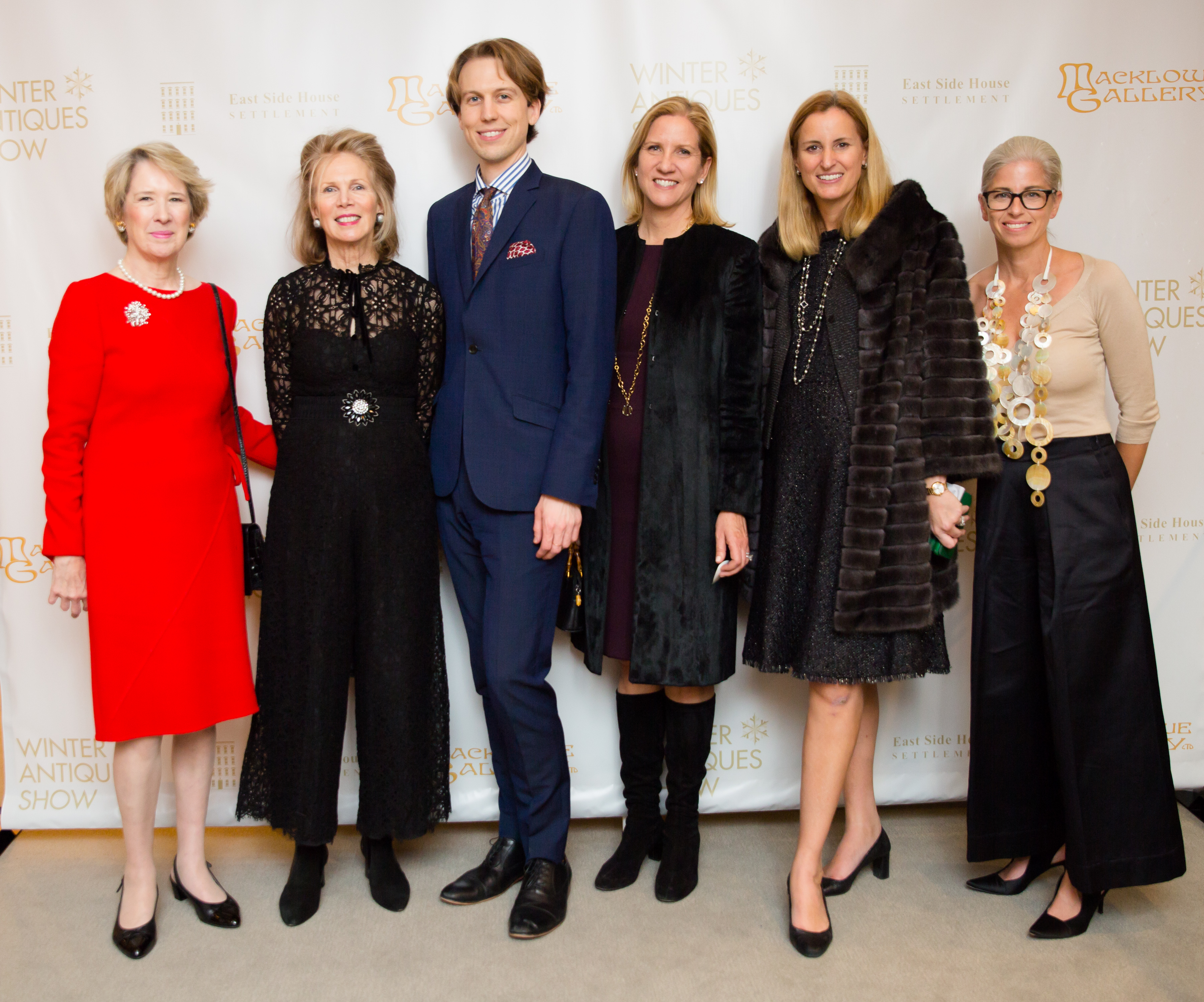 The Winter Antiques Show is America’s leading art, antiques and design fair. Now in its sixty-fourth year, the show features seventy experts in the fine and decorative arts. Visitors encounter an eclectic mix of works which date from antiquity to the present. The Show’s proceeds benefit the East Side House Settlement, a nationally recognized community based organization in the South Bronx.

Although the following point is extraneous to the occasion, it speaks to true life in New York: due to an electrical shut down, I became stuck in the F train on my way to the Gallery. So, while I make a habit of arriving early to the events I cover, this time I ran breathlessly to the Macklowe Gallery as the clock was ticking toward the bar’s closing. Anxious to find a content hook, I entered the Gallery which was brimming with gorgeous objects, well-dressed people, and smiling jewel-clad models. I marched up to the people standing behind a jewel-filled counter and announced that I am a reporter. Lary Matlick, the Gallery’s Vice President who struck me as being a quintessential New York gentleman, turned his attention to me. 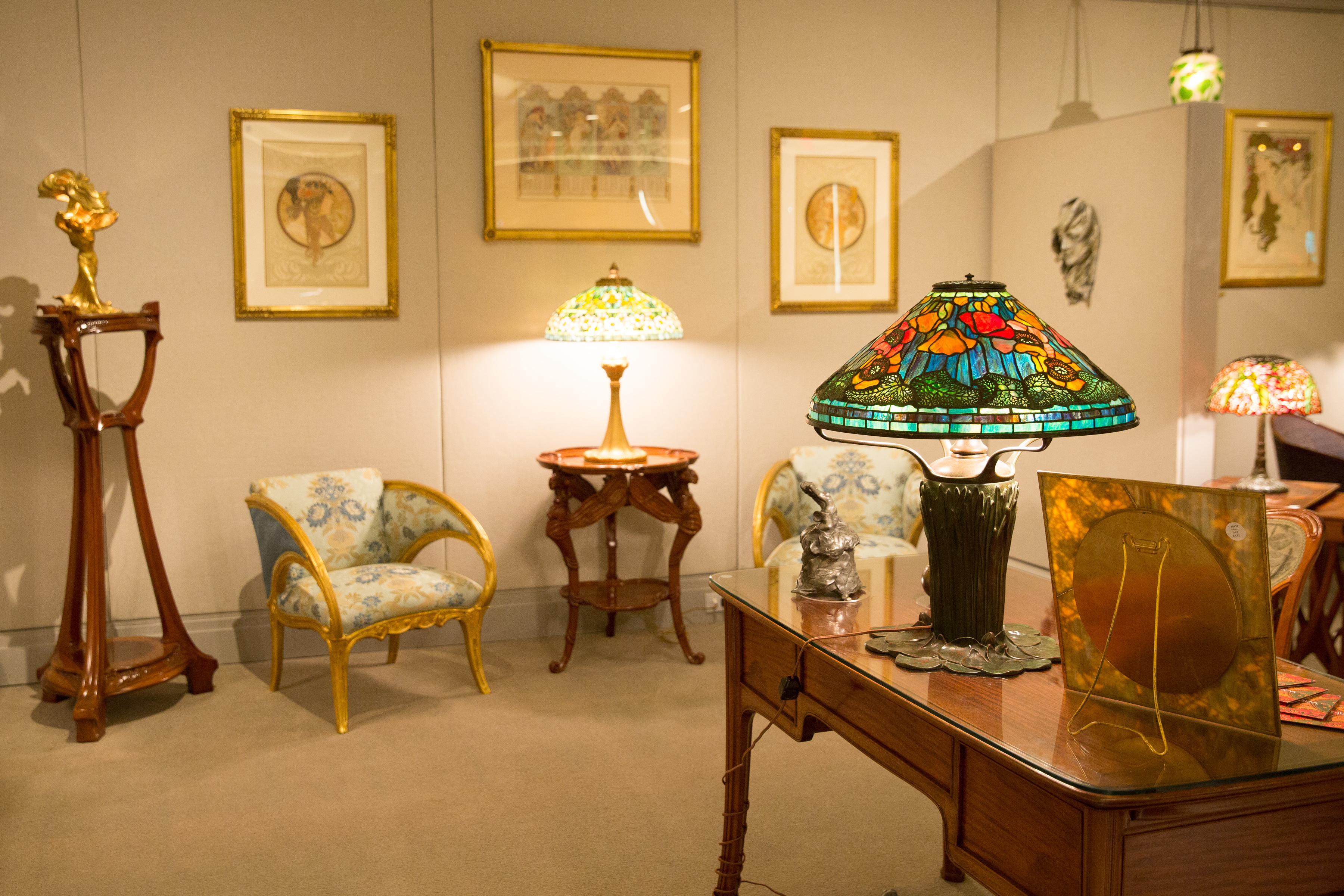 I asked Mr. Matlick to describe the Macklowe Gallery’s raison d’etre. His response: “The Gallery educates and makes people aware of the fine selection of collectible antiques. Our specialties are art nouveau Tiffany lamps and antique jewelry. We invite experts to lecture on various aspects of what we do. We were located on Madison Avenue for forty-seven years. We recently moved to this new space where we continue our tradition of excellence.”

Trying to strike a more personal note, I then asked Mr. Matlick to comment about spending his life in the fine arts business. He said, “It was very enjoyable working with beautiful objects, especially exquisite jewelry from all over the world. Our clients are from many walks of life, including museums, diplomats, and business people.” He demurred when I asked him to name his most fascinating client: “Most of the clients are fascinating and thrilling to work with over the years,” he said. 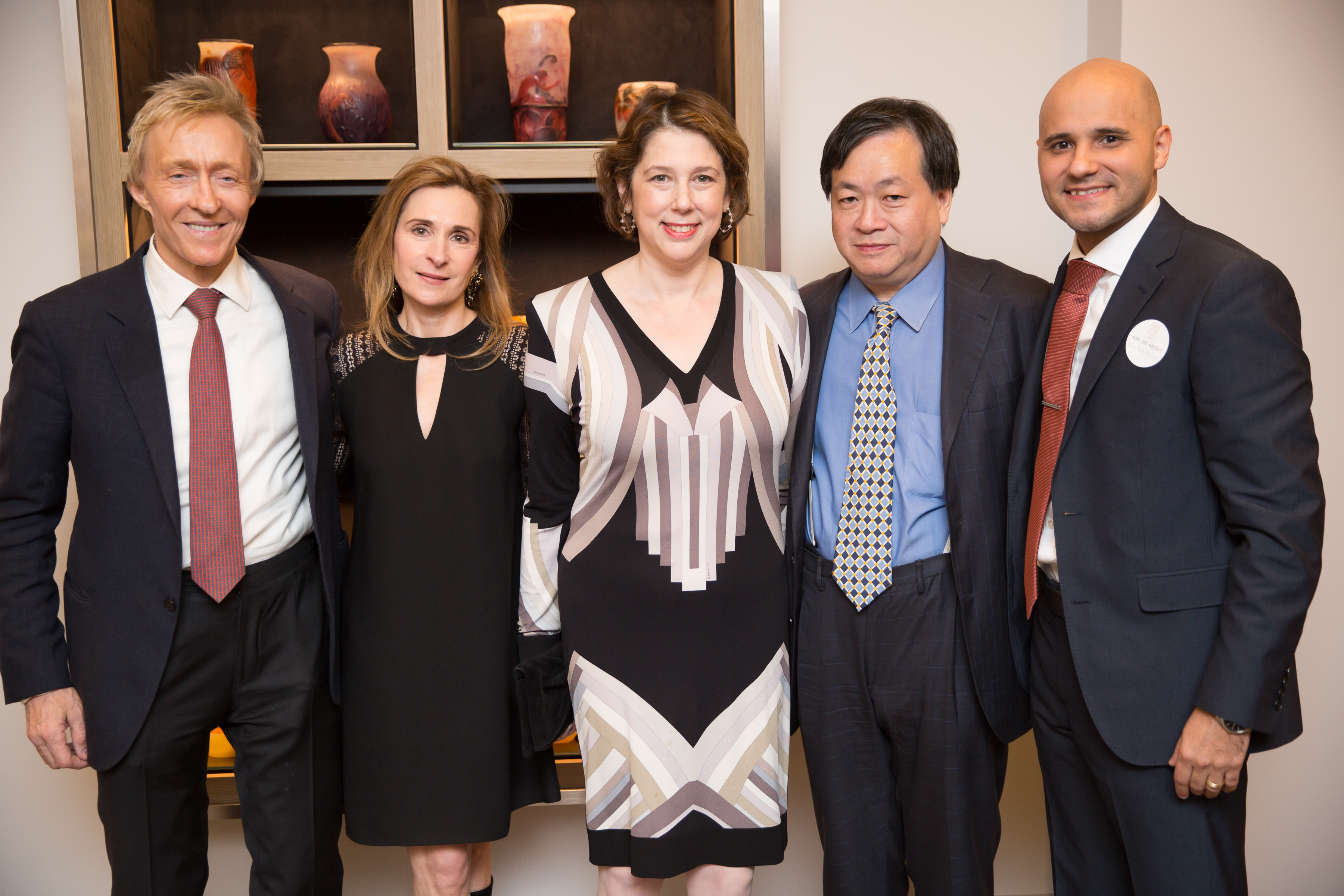 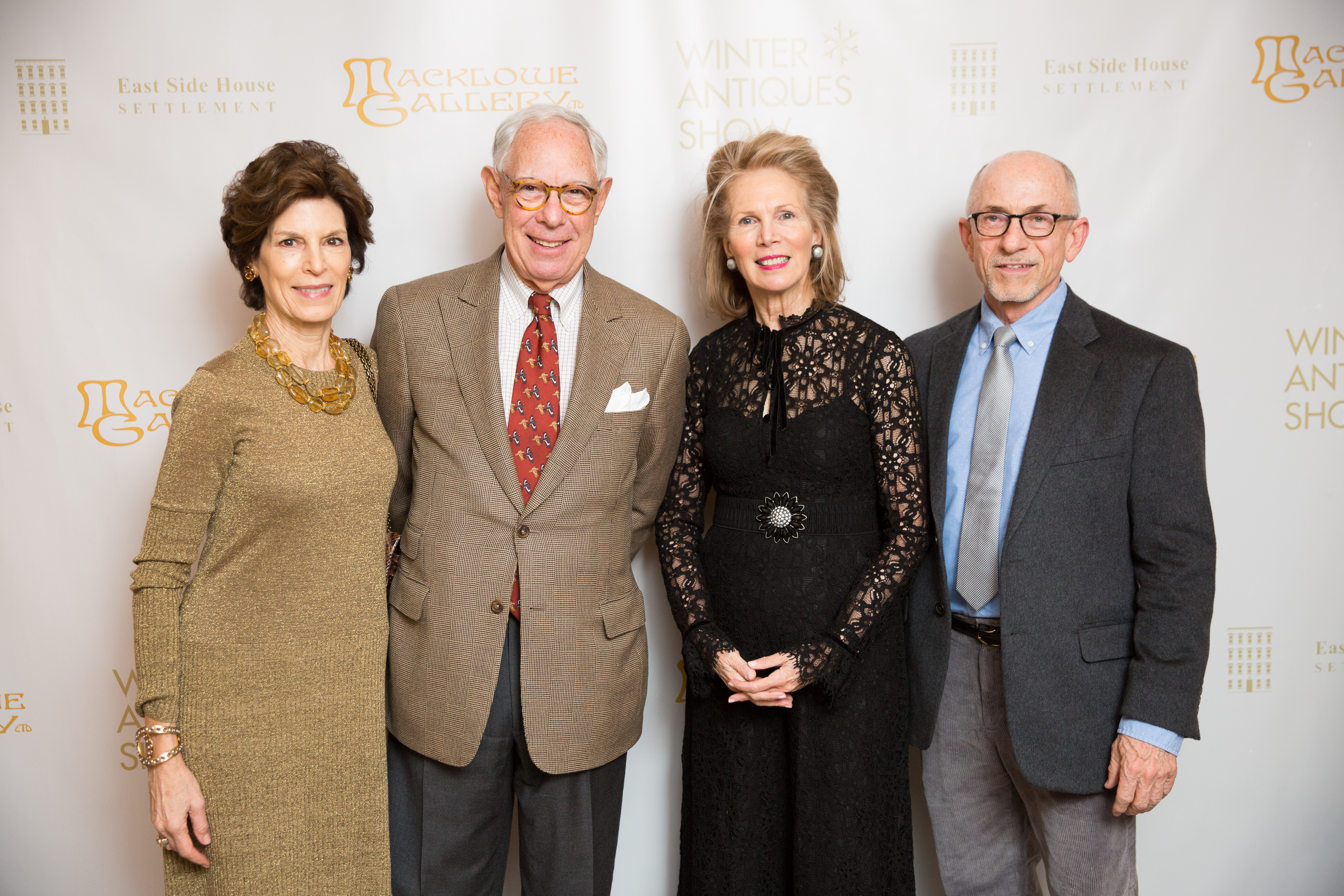 En route to decide upon which beautiful object to describe, I moved to the middle of the Gallery. I stood transfixed while holding my notebook which says “Teach @ CUNY Day” on its cover. When one of the bejeweled models saw it, her eyes sparkled more than the $100,000 dollar 1870’s gold precious stone-set necklace she was wearing. “Do you teach at the City University of New York?” she excitedly asked. When I answered affirmatively, she informed me that she is pursuing her Ph.D. at the CUNY Graduate Center. We had a wonderful conversation about the topic du jour: the treatment of women. When I asked her how it feels to be a brilliant woman who is working as a model she said, “It is a means to an end. This is how I pay the bills. Modeling is a job. I can set my won schedule.” 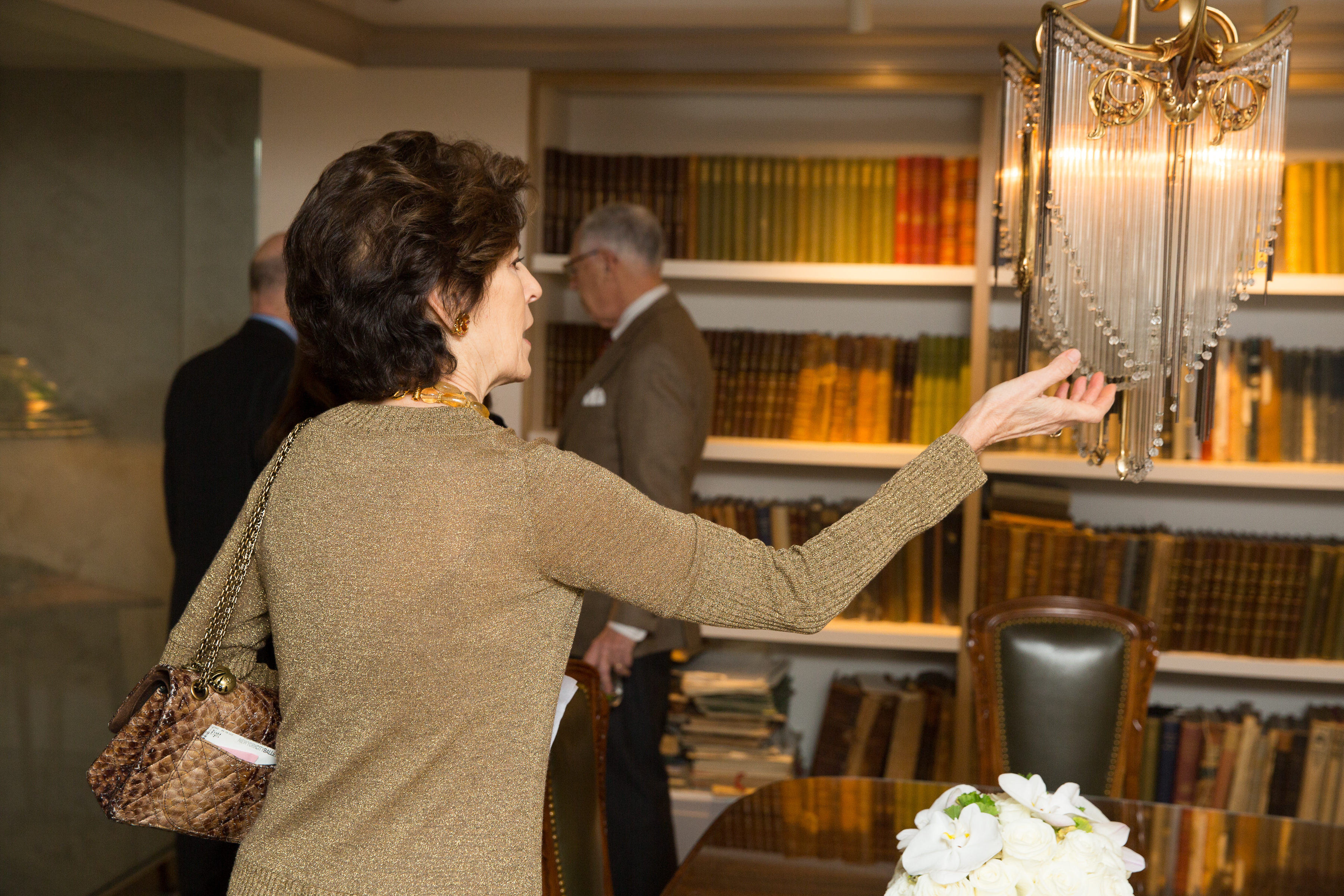 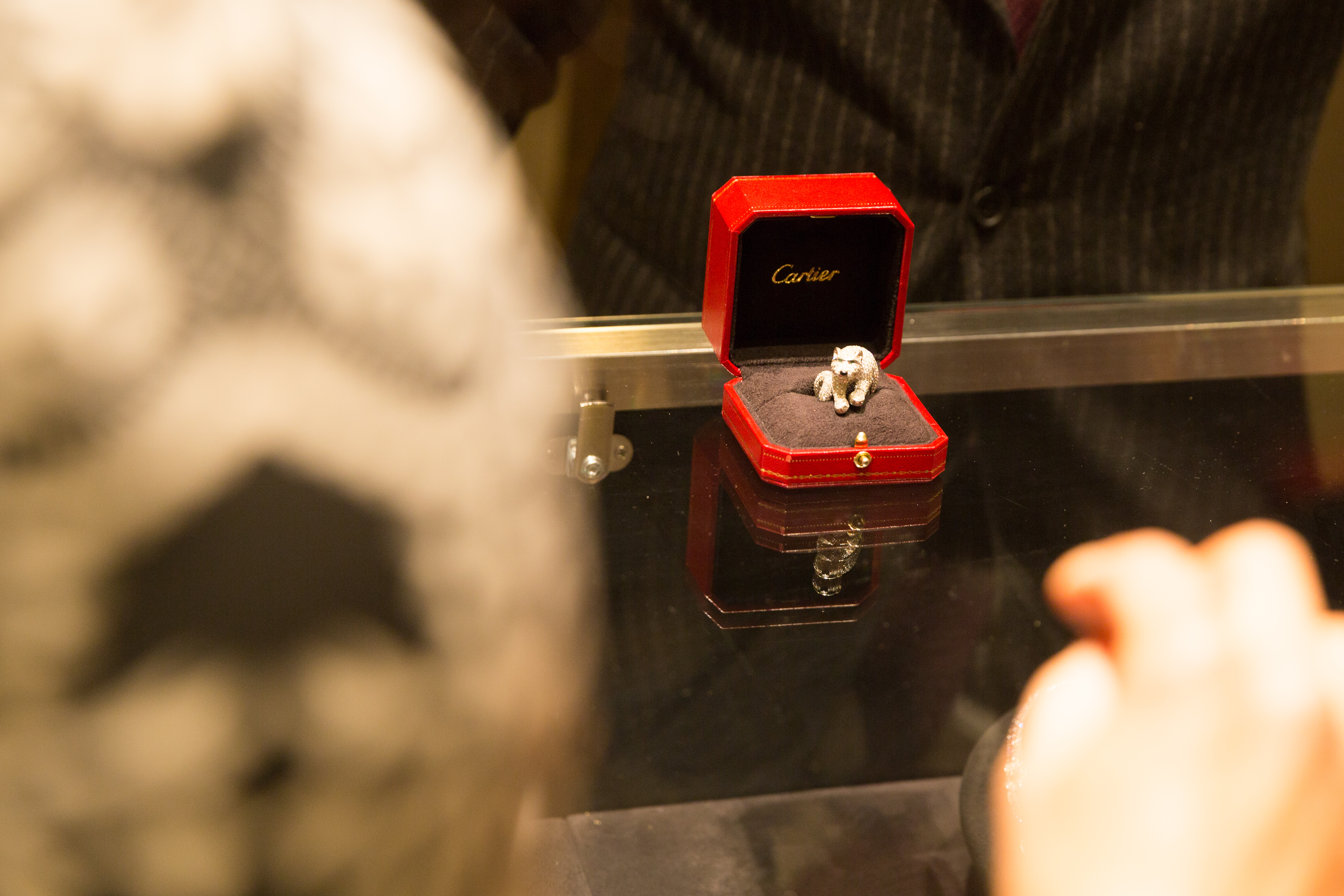 As for that particular beautiful object I was searching for… Well, I settled upon a blue, green, orange and yellow lamp described in the Macklowe catalogue as “TIFFANY, Wire Mesh Poppy Lamp atop a ‘Cattail and Lily Pad’ Base Height 25”, Circa 1900 – $395,000.”   Owning this object and those of its ilk is not a part of my life. But—circa this week—I arranged to meet the priceless graduate student/model in the CUNY Graduate Center Library and give her academic career guidance.

Last but not least, I approached a server and said, “I came too late for the hors d’oeuvres. What did I miss?” Her answer: “mini tart flambé, vegan risotto balls, salmon croquettes, and a pumpkin soup shooter.”  As I stood grazing at the by now wilted left over steamed vegetable tray chomping on a lone carrot, I felt certain that these offering must have been delicious. 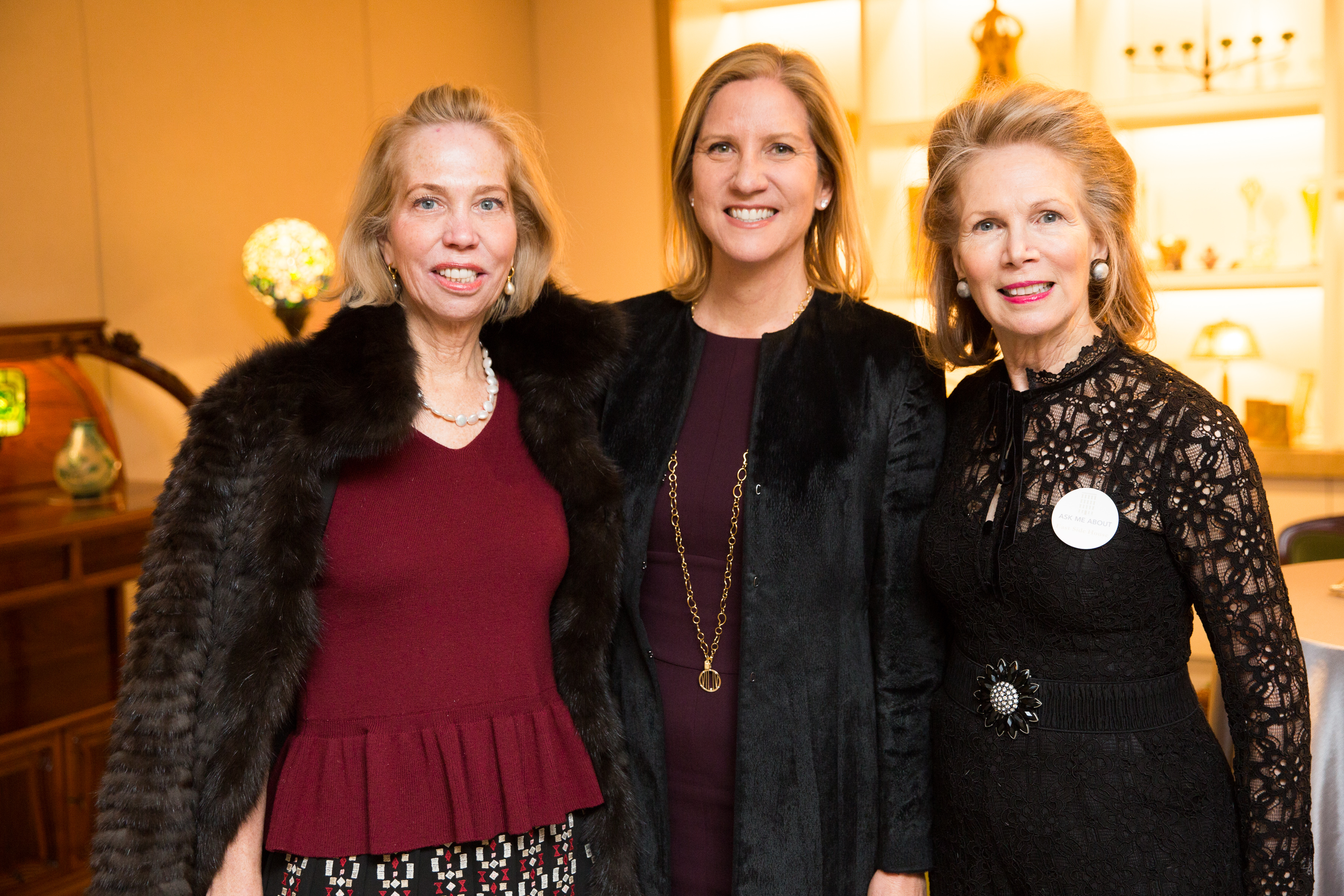 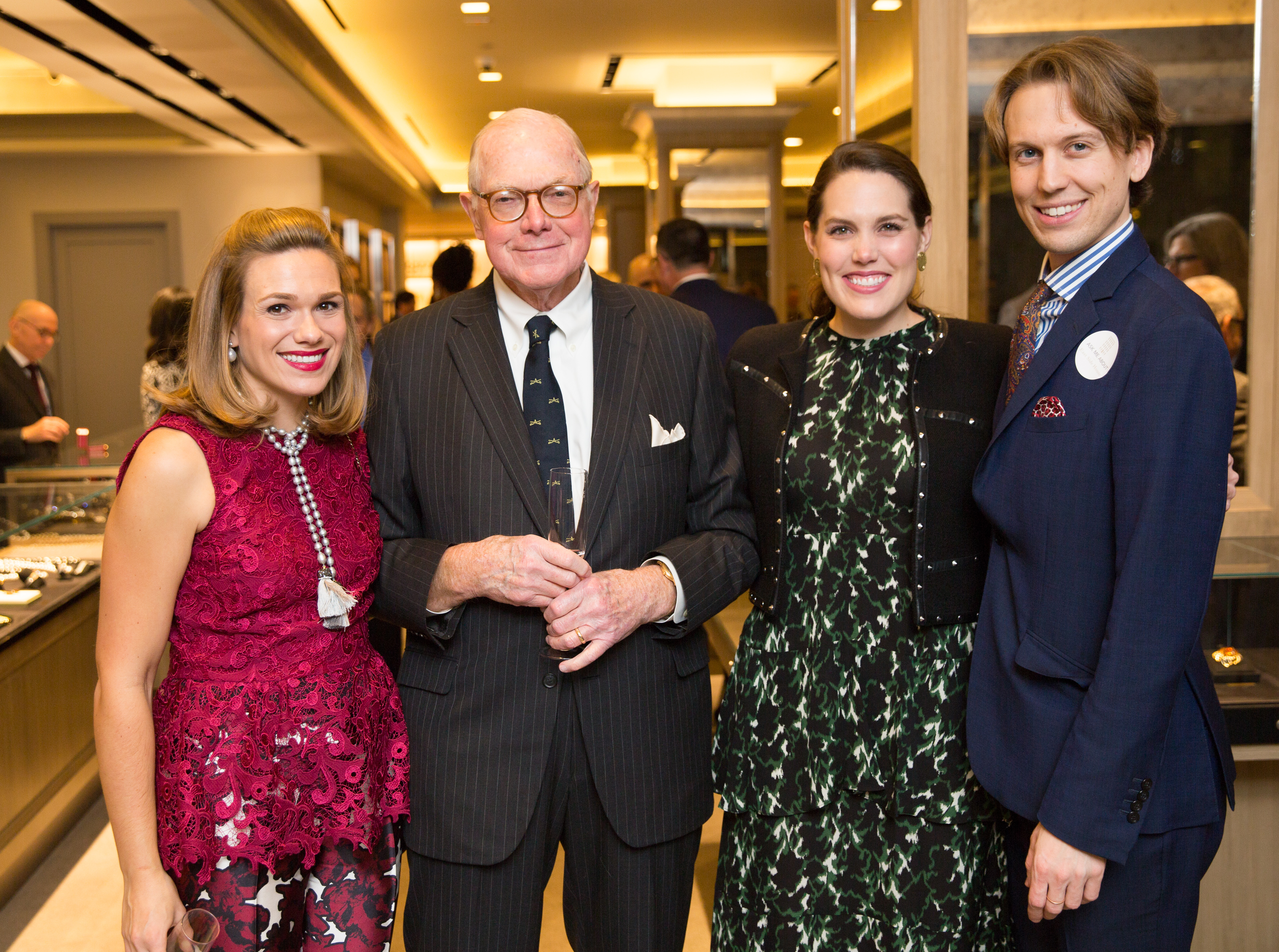 I excited this wonderful—and, to me, better late than never–event resolved to walk home. I had had enough of the New York subway for one night.