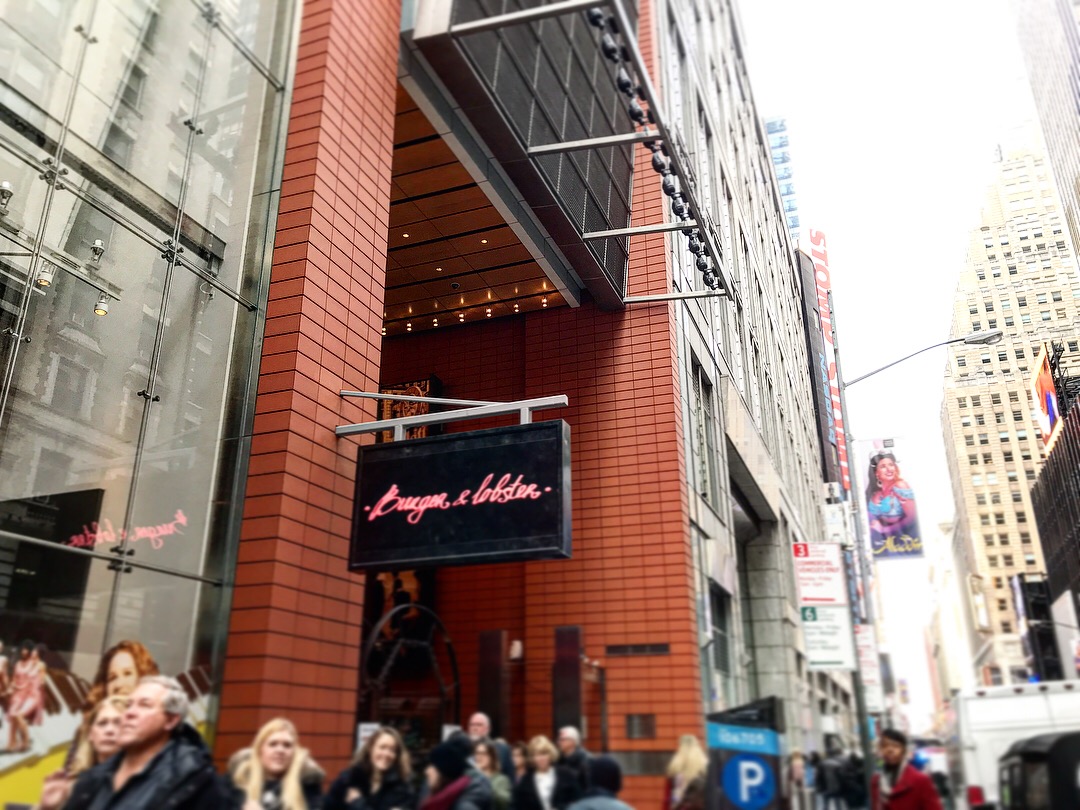 Burger and Lobster crossed over the pond from London and opened their first U.S. location here in NYC back in early 2015. Since then that Chelsea location has continually been bustling with business, and we were excited to hear the opening of their second location in Times Square.

I was first told that the second location was near Times Square, which gave me immense pause. For NYC locals, “Times Square” usually elicits a gagging reflex, so we want to be clear and say that it is actually just slightly west of Bryant Park on West 43rd Street. While there are a few theaters along that row, as long as you avoid the start time of shows, you’ll be in the clear. 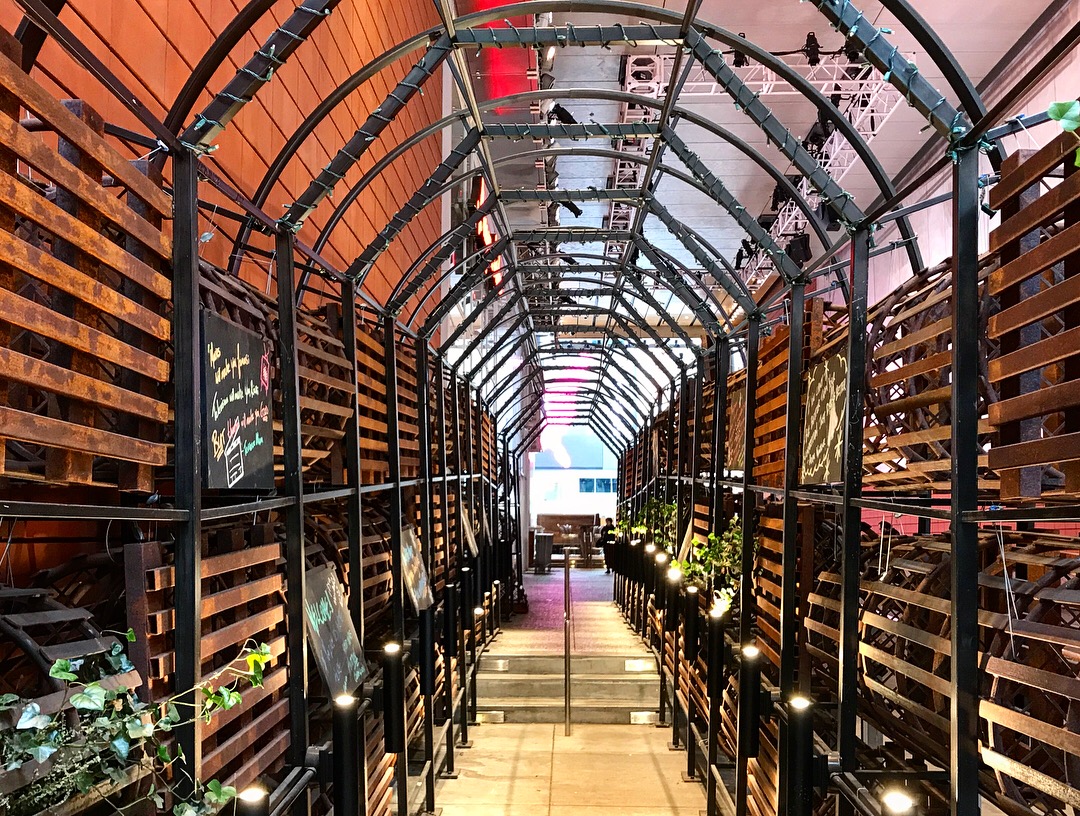 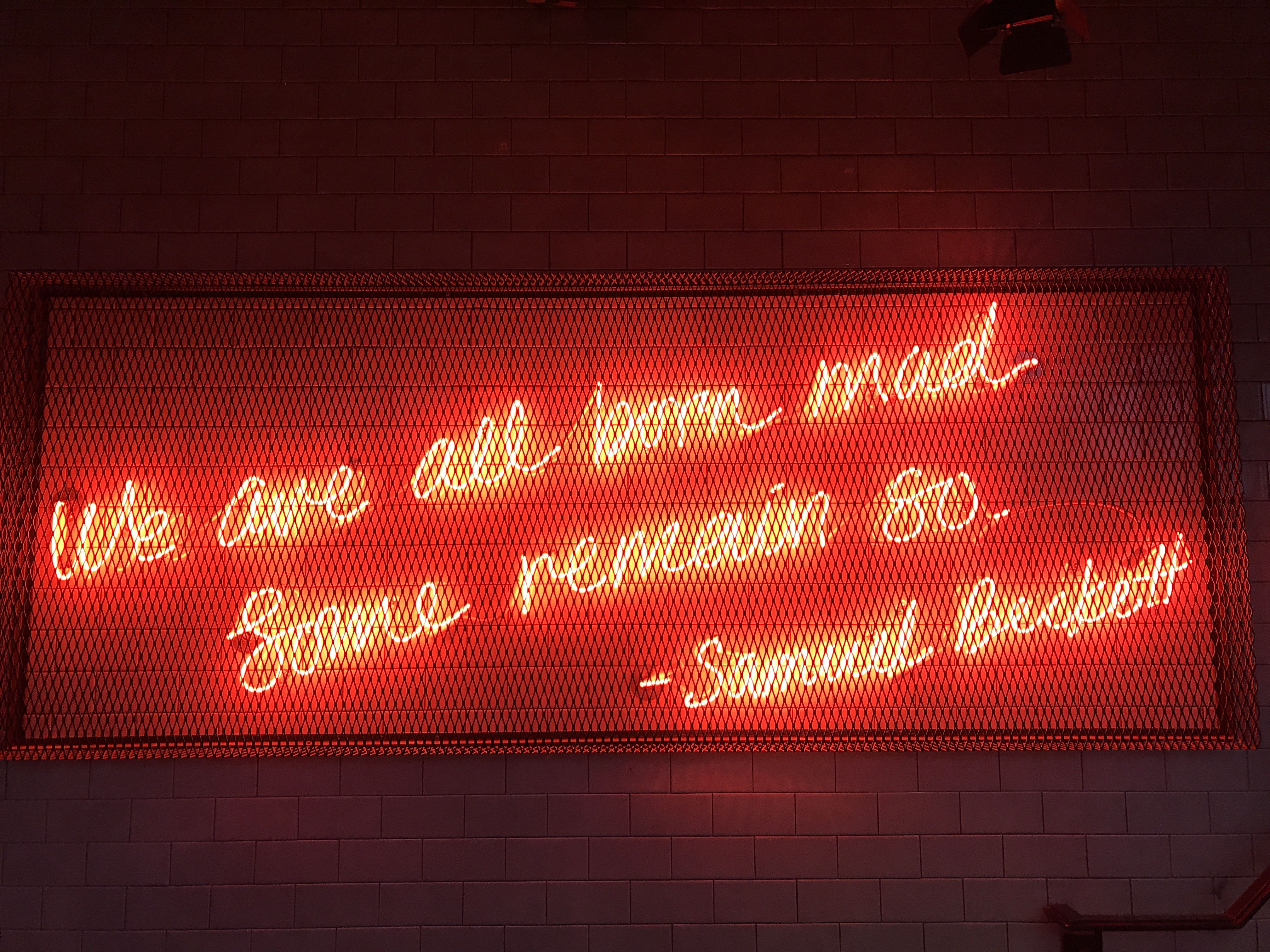 Much to my delight, the menu has expanded and evolved since my last visit to the Chelsea location (admittedly way too long ago), so I was very happy to see some fun new additions. My eyes zeroed in on “The Bites” section. I obviously had to have the Lobster Bites, which consists of fresh lobster and shrimp wrapped in a pastry shell with lemon zest, chives, and side of sweet chili sauce to dip each bite in.

Another new addition is the Lobster Bisque. This rich, creamy, and decadent soup is available in both locations, but at the time we visited they were still in testing mode. Fortunately for us, we got to have a preview and we are more than happy to report that this is a delicious soup with generous hunks of lobster that will warm your soul during these chilly winter months. 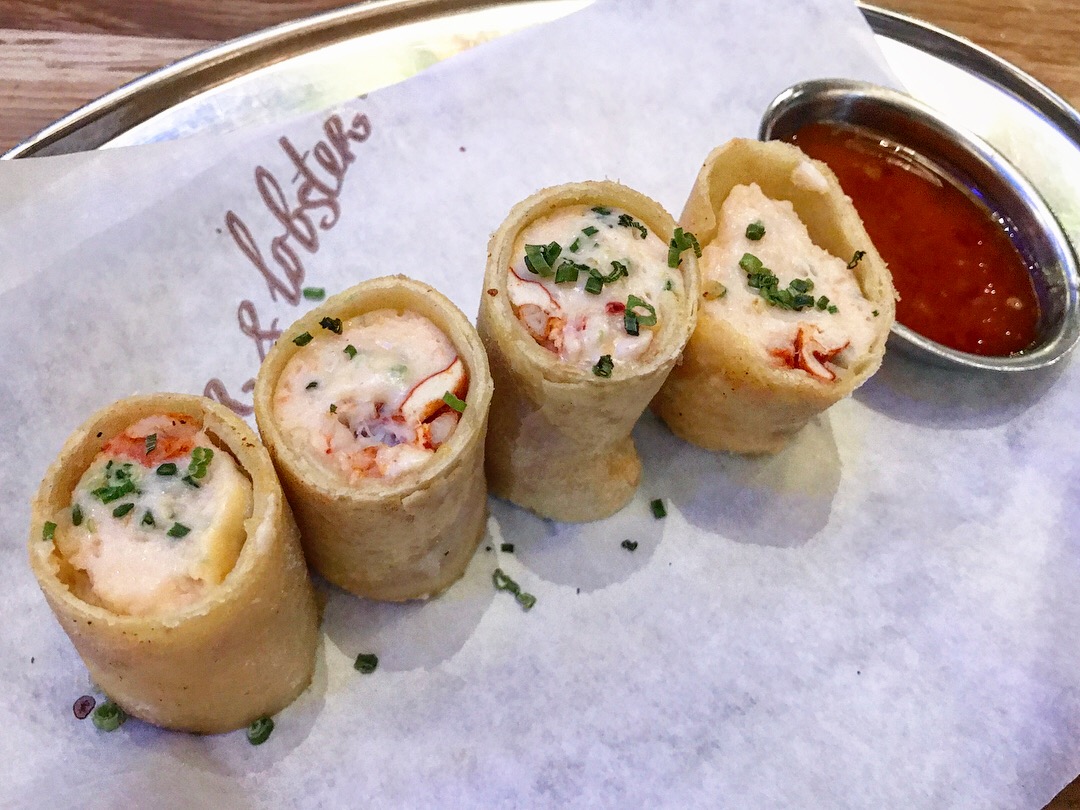 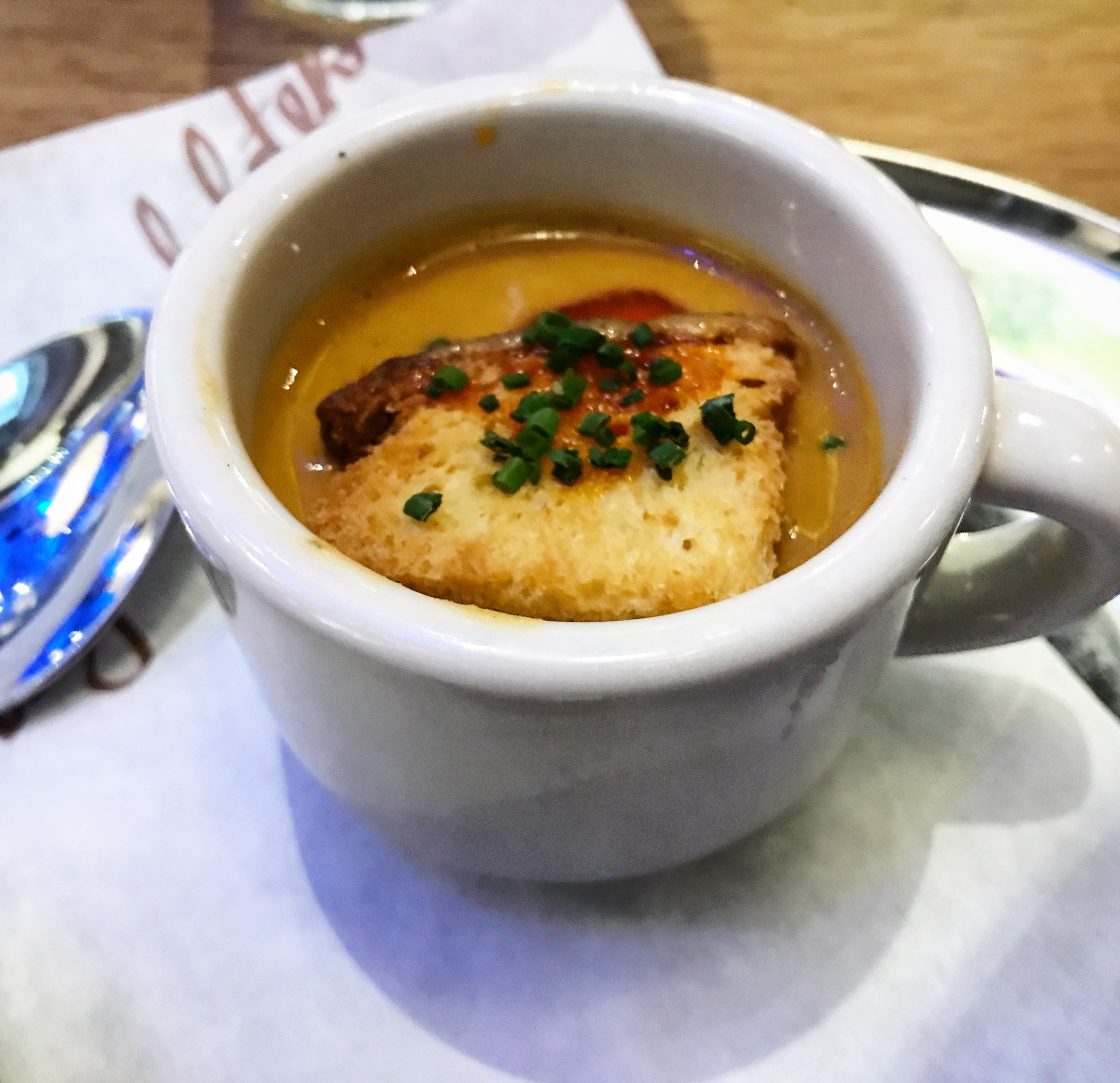 If you are a lobster purist, you can choose your lobster freshly steamed or grilled with your choice of clarified butter or lemon and garlic butter. We suggest sharing the original lobster, which is 1.6 pounds and comes with fries and a salad, and then sharing other dishes – but if you are really only about the lobstah, go HAM and get their jumbo super-sized lobster that start at 3 pounds. 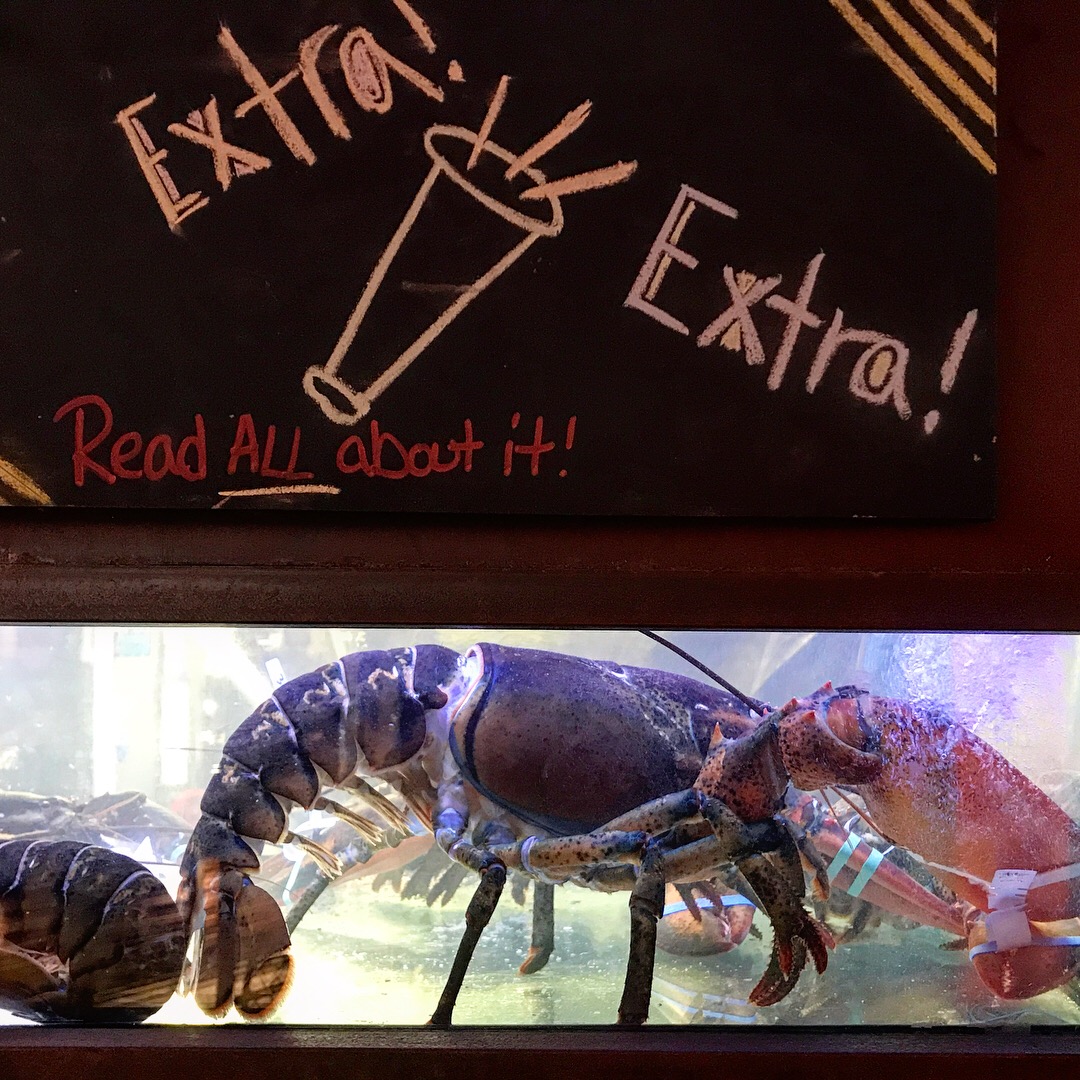 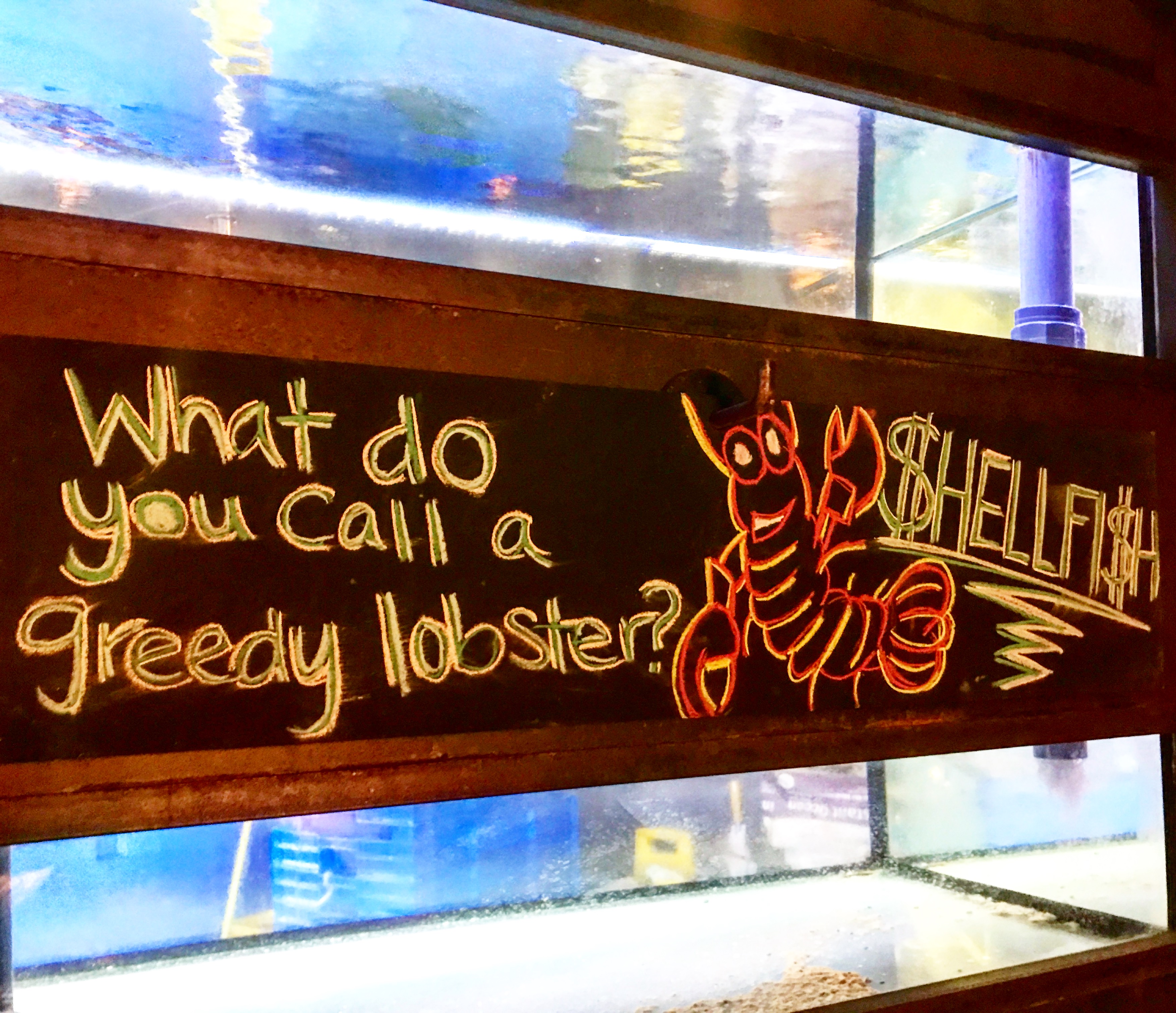 For those who want a twist to their lobster, check out their lobster rolls. We had the Seven Samurai which comes dressed in a ginger mayo with cucumbers, cabbage, and togarashi spices. Take a trip down South and try the Po’ Boy with cornmeal crusted clusters of lobster with homemade pickles, lettuce, tomatoes, onions, and spicy remoulade, or the Fiesta with chipotle mayo, corn, white cabbage, peppers, and pico de gallo. 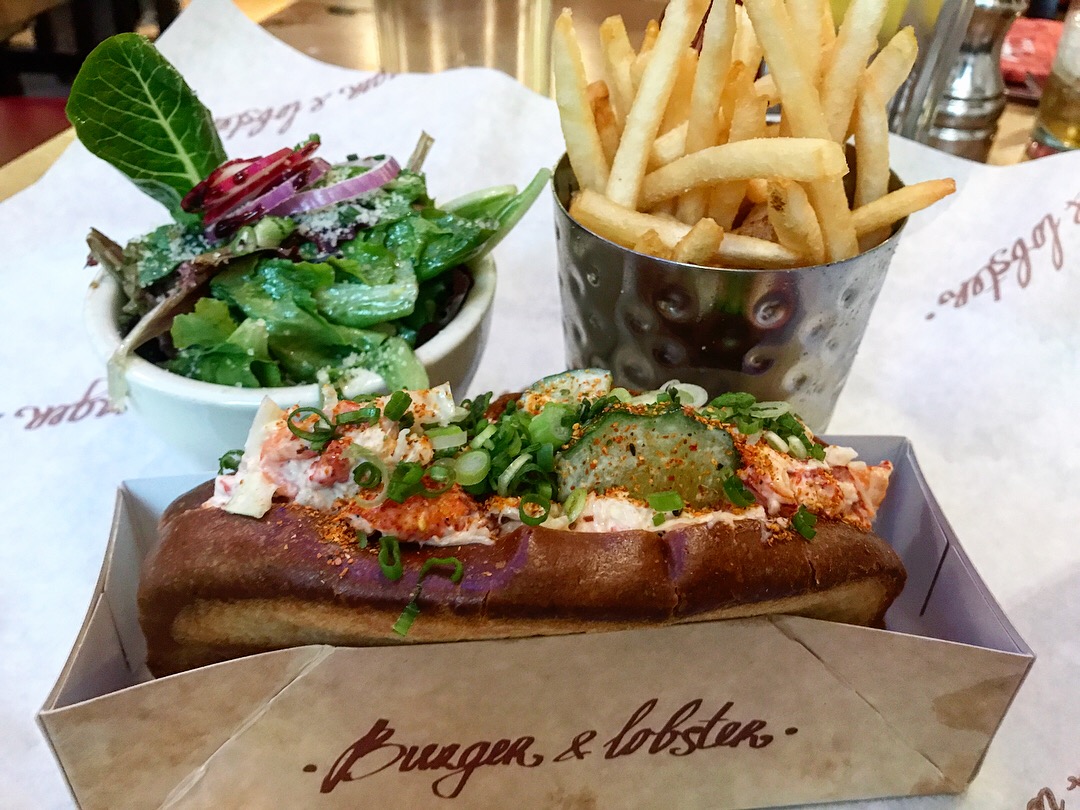 True to the restaurant name, they also serve an array of delicious burgers. You can’t go wrong with the Original burger, which is 10 oz. beef burger served with the works. Get your hands messy with the BBQ Pork Burger with a homemade BBQ sauce, pickles, and onions, or take a walk on the fancy side with the Frenchman topped with foie gras and cranberry jam. For the best of everything, we highly recommend the Beast which is 10 oz. of lobster meat on top of a 6 oz. beef burger patty topped with swiss cheese and truffle mayo. 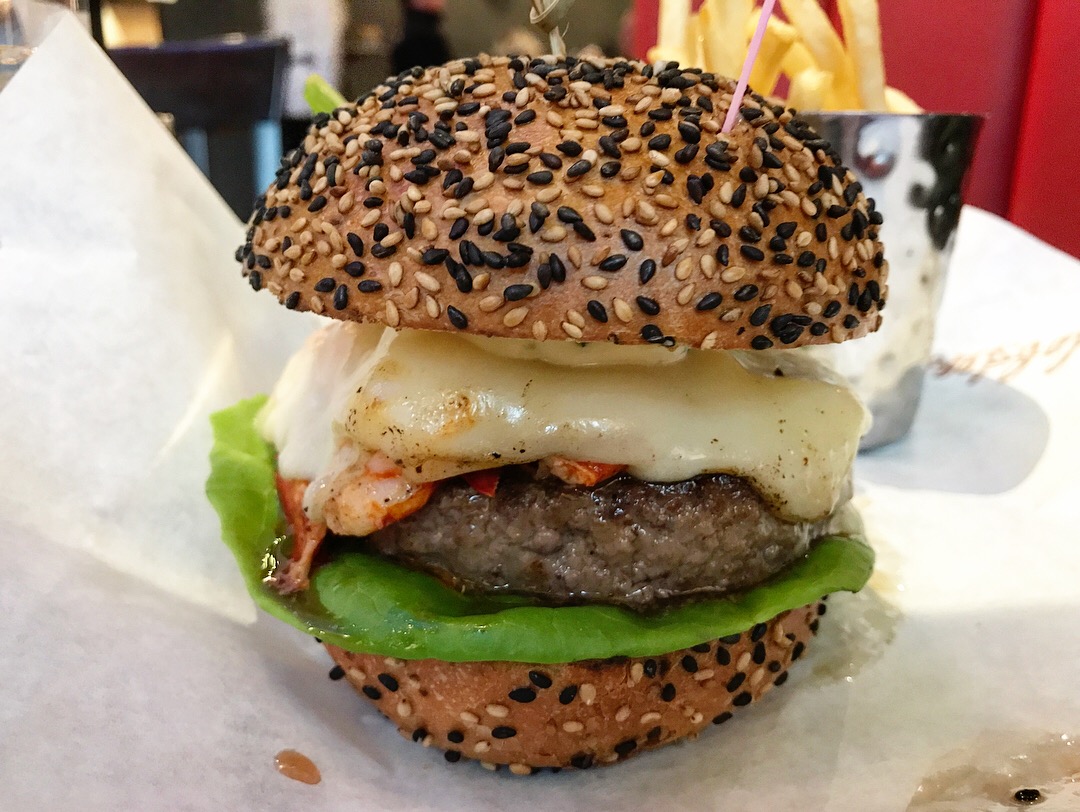 If somehow you still have room in your stomach, B&L also offers desserts! Try the chocolate mousse for a really decadent and rich option. The strawberry cheesecake mousse will satisfy your sweet tooth while being silky and smooth. They also have an extensive cocktail list, sectioned out by classics, B&L hits, and seasonal cocktails. For a mid-day boost, we tried the Study Buddy made with Zachariah Harris bourbon, Ancho Reyes, Toby’s Estate Coffee, simple syrup, and Agnostura bitters. Coffee with a kick! 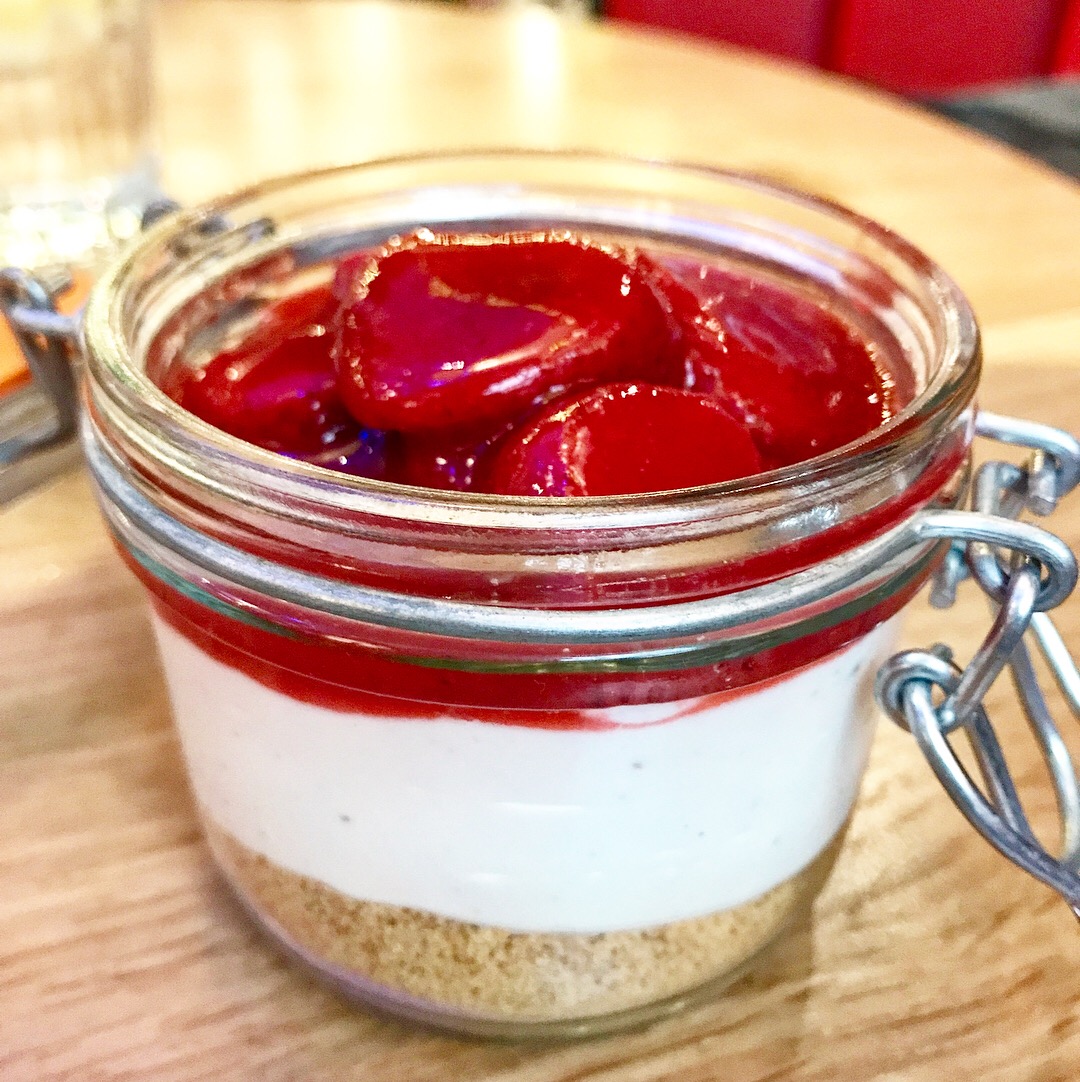 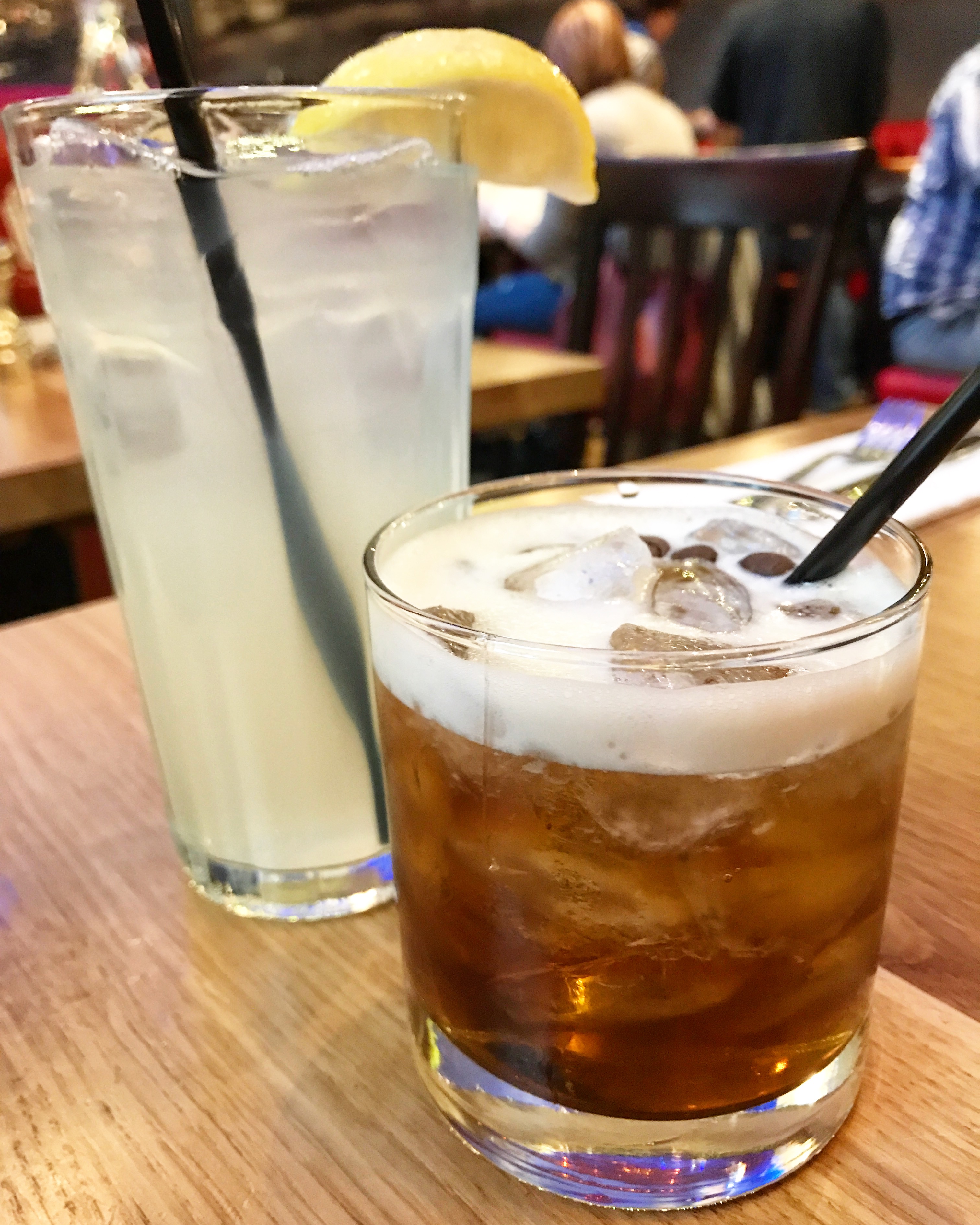 Make your way to Burger and Lobster in Chelsea or Bryant Park and indulge in a delicious meal!