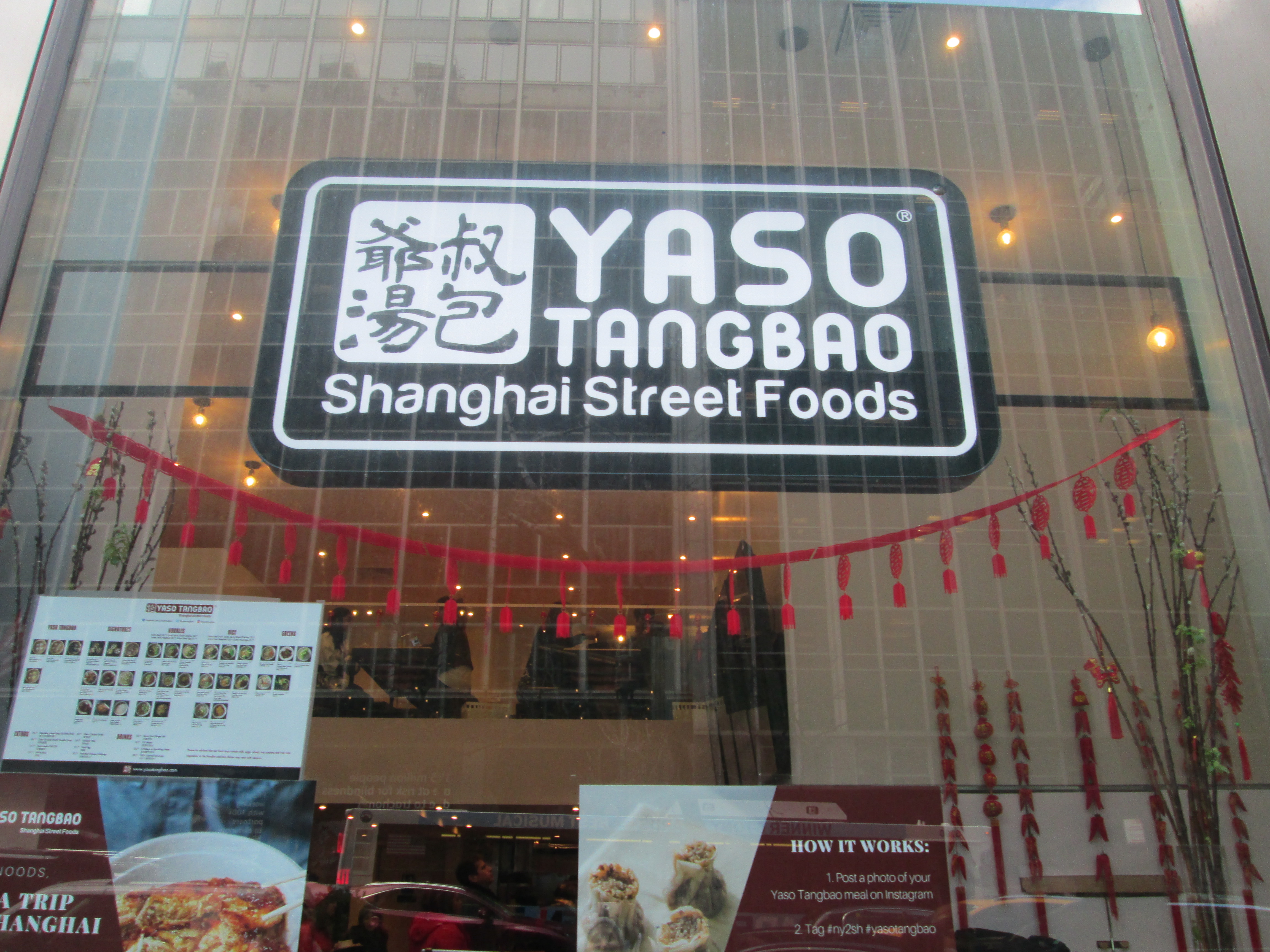 There is no shortage of lunch options near Grand Central, but it’s always nice to find solid food choices that are quick and flavorful and that’s definitely what Yaso Tangbao brings to the table.

The place gets its street cred from chef, Zongxing Tue, who made his name mastering soup dumplings at the first Joe’s Shanghai in Flushing, Queens. Right in the action on 42nd Street between 2nd and 3rd Avenue, the restaurant is very convenient, although those near Industry City or Downtown Brooklyn can also partake in the cuisine.

With the help of team member Kevin, I selected fours items to try that ultimately ended up being too much food. Portions are huge and prices are inexpensive and there are so many enticing dishes, it’s difficult to choose! 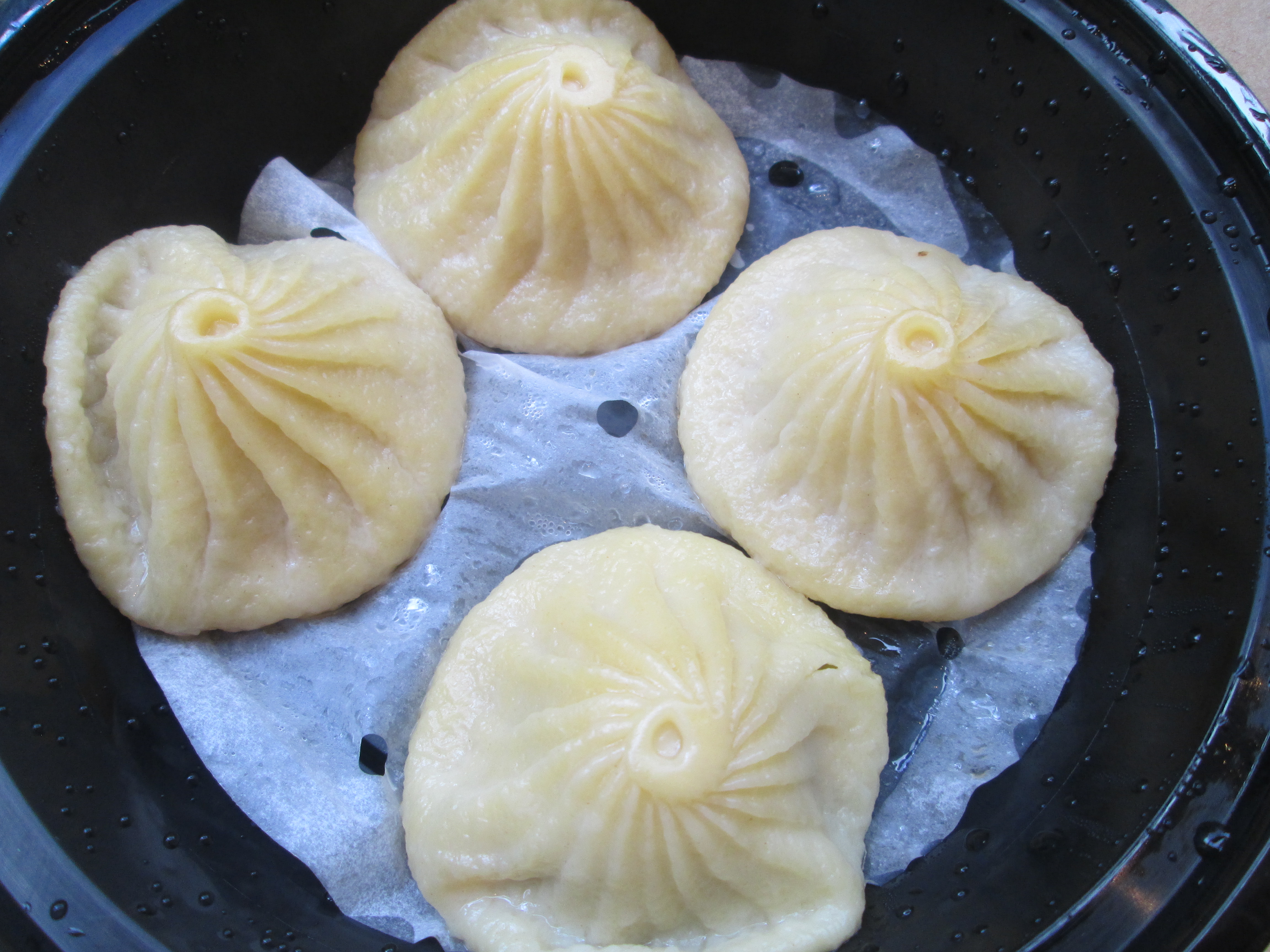 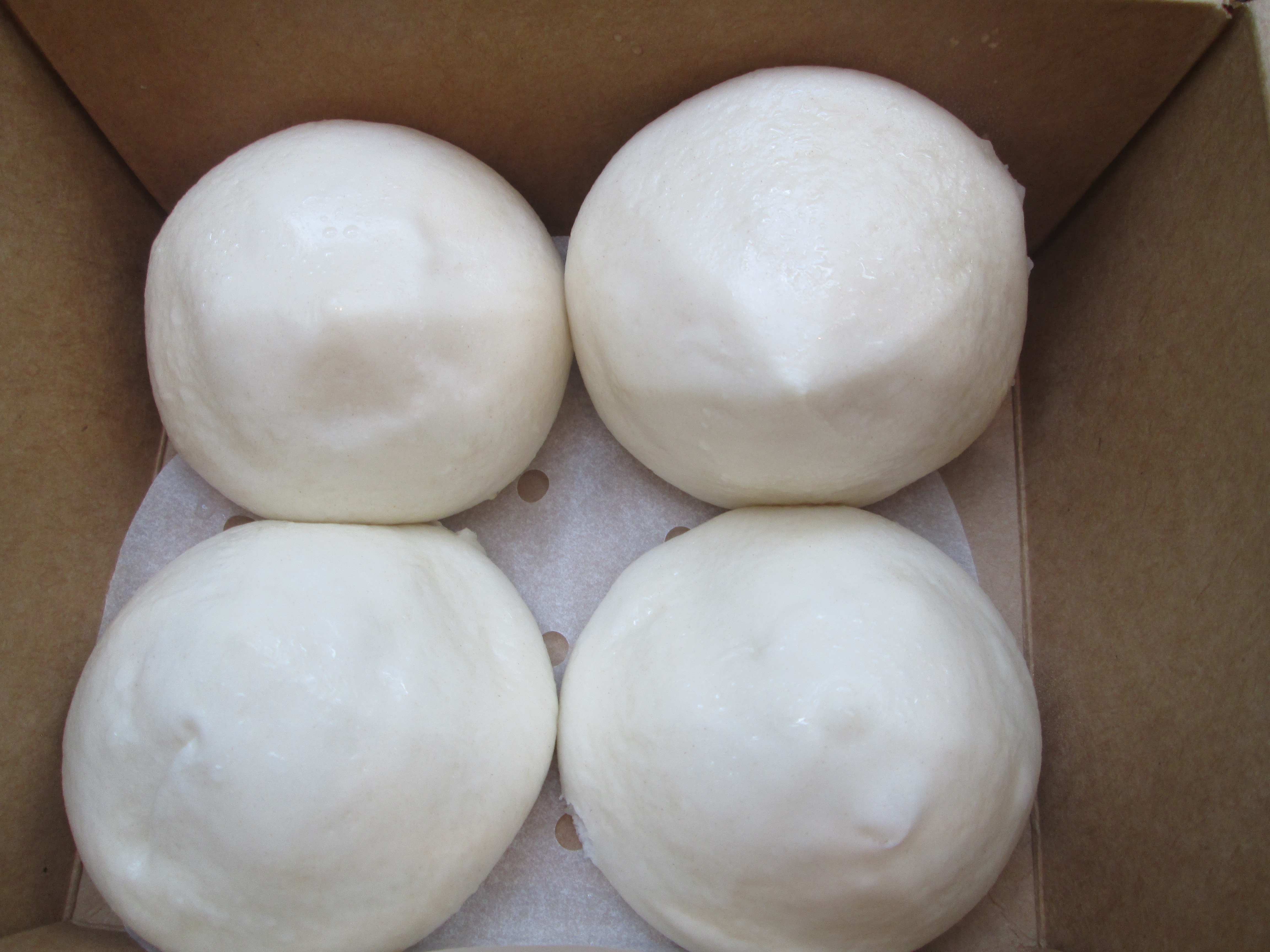 I started my food flight with the Blue Crab and Pork Soup Dumplings, which are one of the most popular items on the menu and served with a soup spoon.  The dumplings are sturdier than typical soup dumplings, but just as messy. The crab flavor comes through in each bite and the four-dumpling serving could’ve filled me up on its own. I then moved onto the Steamed Pork Baos, which were huge and had great juicy pork flavor hidden inside. 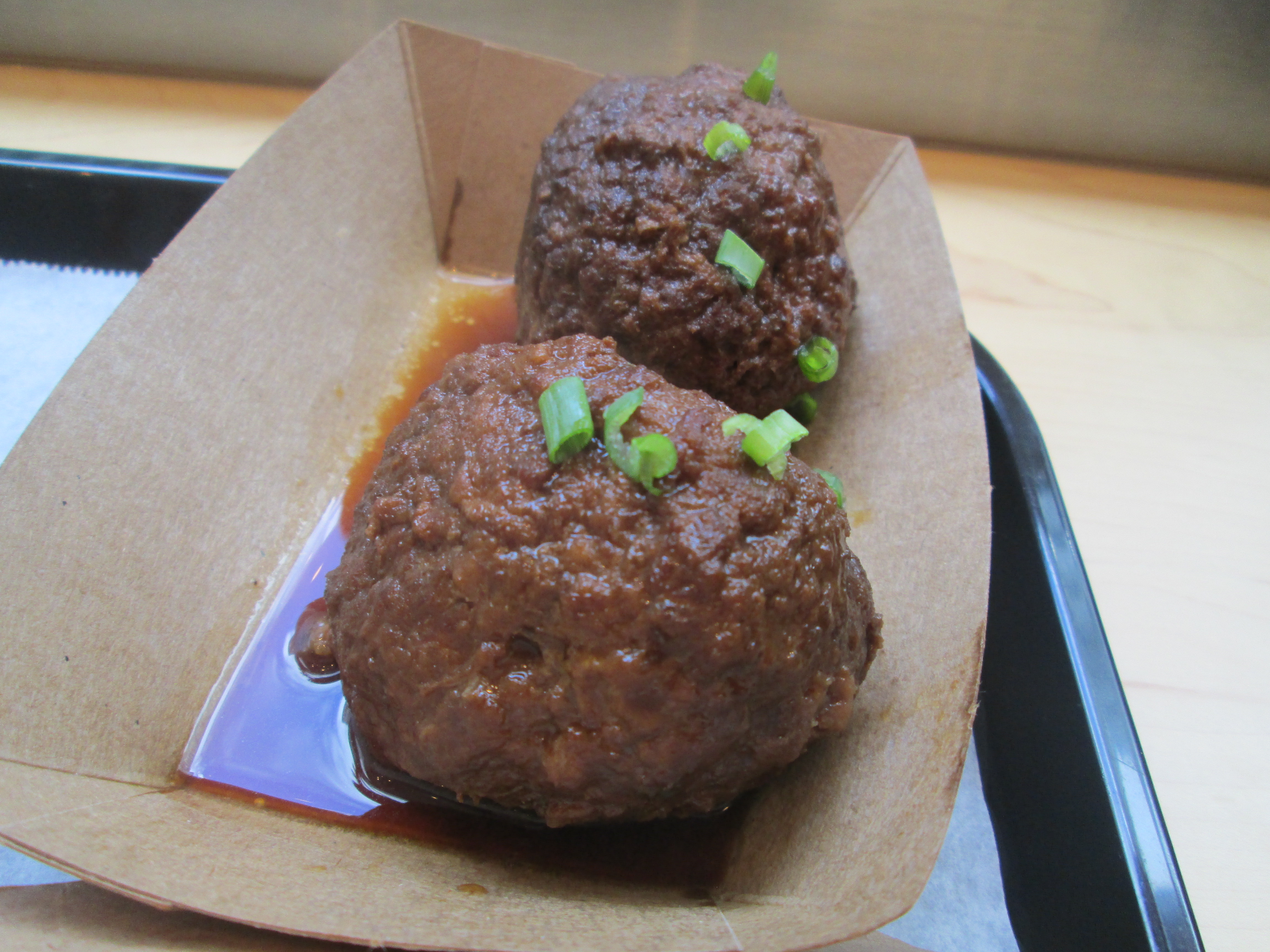 Once I move onto the Braised Pork Meatballs, I was definitely seeing a pattern with the tremendous portions and with this only having 2 meatballs in the serving, I had a hard time finishing one! This dish has been written up multiple times as a must-have at the restaurant and after trying it, it’s clear why. The sauce, although slightly salty, is what makes it; it is savory and sweet all at the same time and the meat itself is tender and flakes apart. 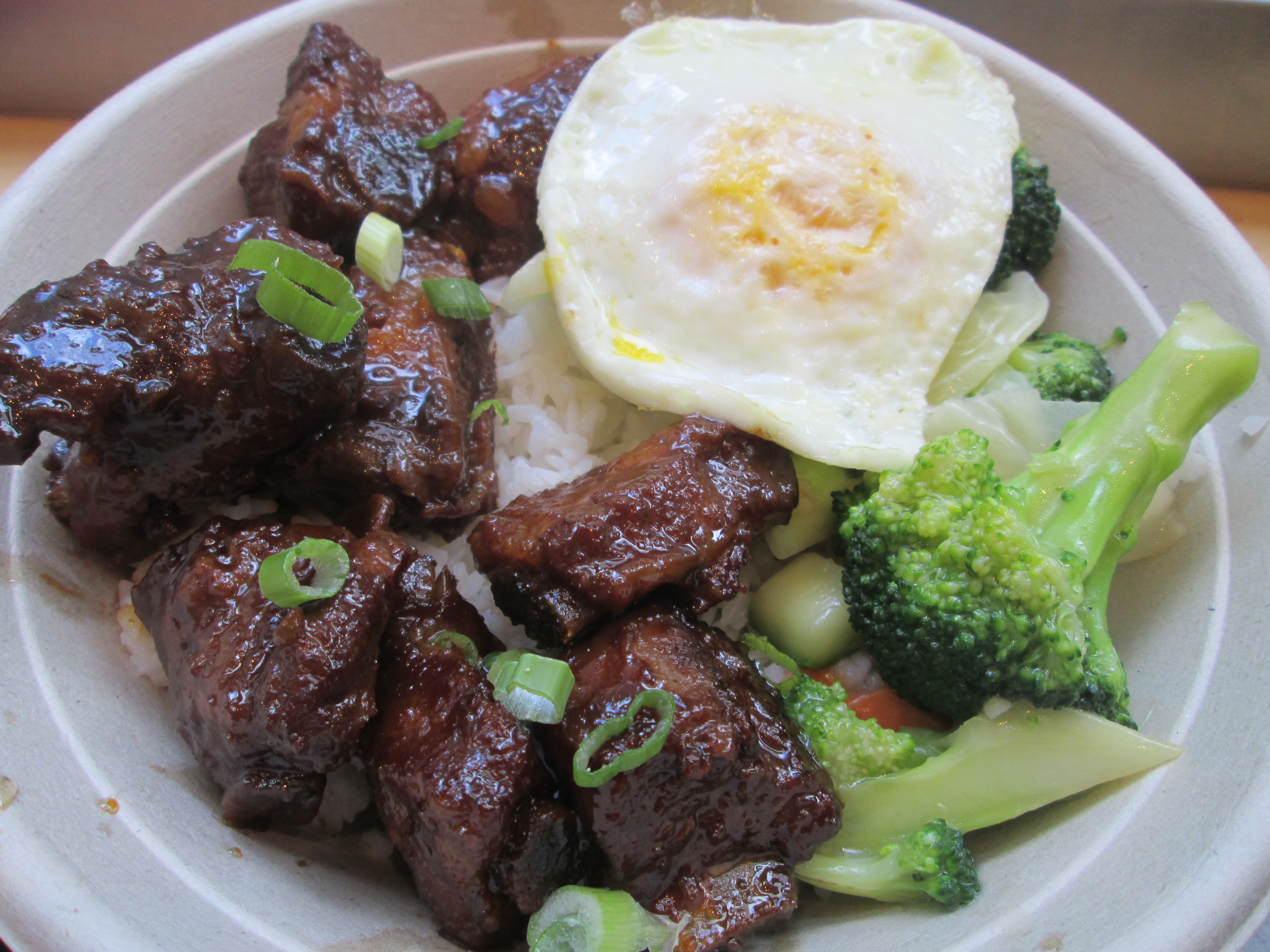 I saved the Sweet and Sour Pork Ribs for last, which ended up being my favorite. Much like the other dishes, the sauce made the meal and the meat was almost falling off the bone. I chose to have it accompanied with rice and the seasonal vegetables, which helped to offset the amount of pork I consumed!

Overall, I cannot recommend this enough as a fast lunch option when you’re craving Shangai Street Food. On top of that, in honor of the Industry City location reopening after renovation, Yaso is giving away a trip to Shanghai to one visitor between now and March 31st! 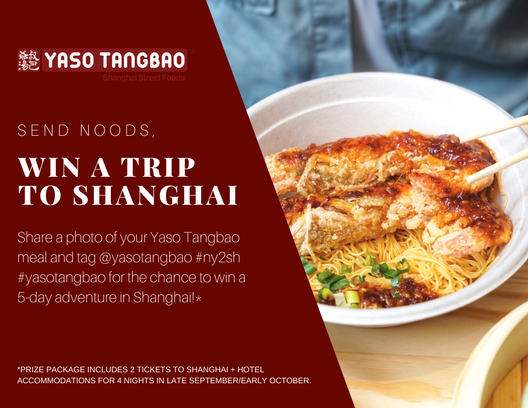 Those who stop by any of Yaso’s three locations and Instagram a picture of their meal with the tags @yastangbao @ny2sh @yasotangbao, will be entered to win an airfare and hotel package for a 5-day stay in Shanghai in the September/October time frame. 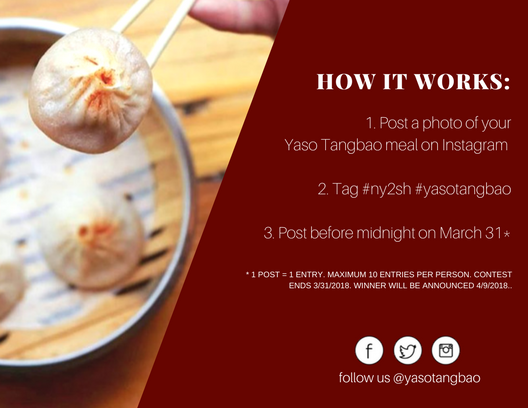 Winners will be announced April 9th. Make sure to visit before the end of the month and good luck!