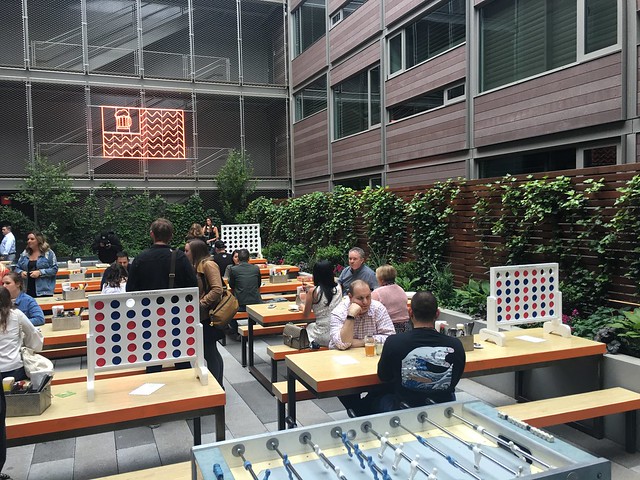 What makes time travel possible and requires 1.21 gigawatts of power? Even if you haven’t seen the iconic 80’s trilogy Back to the Future you’ve probably heard of Doc Brown’s flux capacitor. But you don’t need it or a DeLorean to go to Clinton Hall’s newest location in Williamsburg. 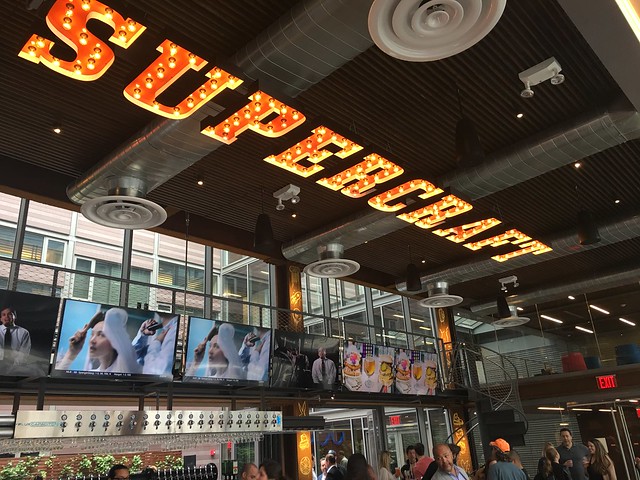 Featuring their famous SUPERCRAFT™ beer selection with 20 rotating taps of unique draught beers and ciders, ranging from keg-conditioned lagers from the US, Belgium, Germany, Scandinavia and beyond, all SUPERCRAFT™ beers are served precisely to each Brew Masters specs, thanks to an on-site Flux Capacitor™, the most advanced beer technology in the market. It calibrates nitrogen and carbon dioxide and adjusts the compression of each individual beer.

By controlling the exact gas blend for each beer recipe through this system, every single beer offered at Clinton Hall is served at its scientifically engineered best. And you don’t need to drive 88 mph to get one either! 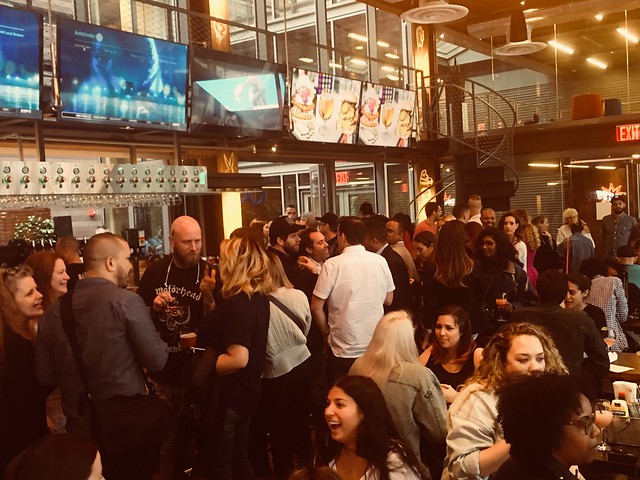 My girlfriend and I were invited to their preview event last week and we thoroughly enjoyed ourselves. Their 7.8% ABV Clinton Hall Gigawatt IPA was spot on and I had one to start my engine. Although they say never to mix alcohol, I say hogwash and went on to a Spicy Margarita with Tanteo jalapeño tequila agave nectar and fresh lime juice, which was excellent.

Needing something to wash down the alcohol with I sampled their Vietnamese Style Crispy Brussels (mint, crispy shallot, chili pita chips) and signature Buffalo Cauliflower (crispy florets with CH buffalo sauce and crumbled blue cheese).  Yes and yes, both were deliciously good and hey, they’re even healthy too! 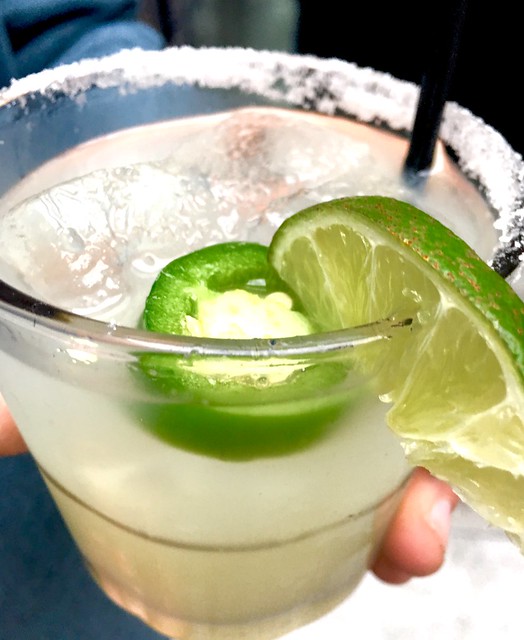 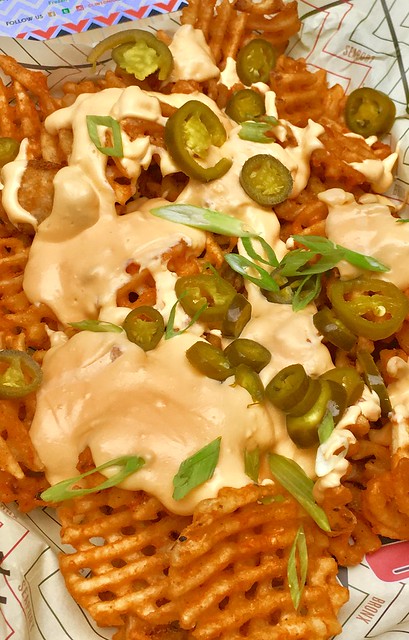 Heading back to the bar we both got Frosés to take with us to the tournament. Tournament, you ask? Clinton Hall Brooklyn has a nice outdoor space with plenty of room to get your game on.  Whether it’s their fun over-sized versions of Jenga, Connect4, Chess, or my favorite indoor bar sport, Foosball, you’ll find something fun to play while drinking away in their 2,000 square foot backyard beer garden. 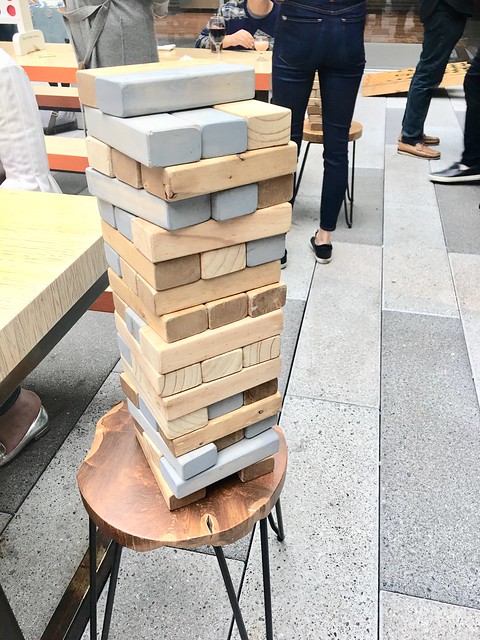 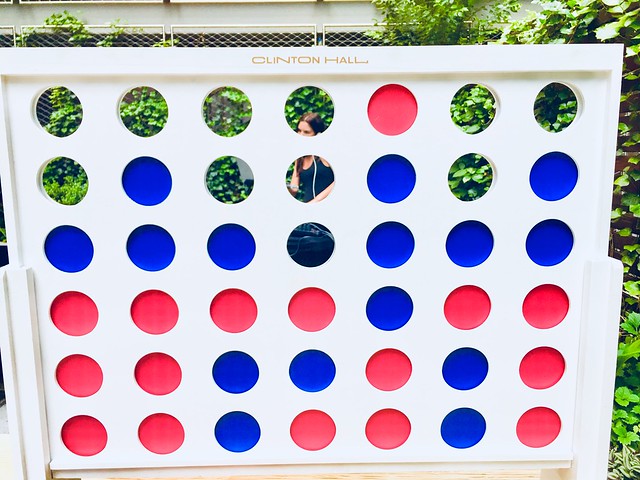 Located adjacent to the POD BK Hotel which opened last October, Clinton Hall BK can host up to 300 guests and might be doing so soon with the advancing arrival of the 2018 World Cup, as they have four 65-inch flat screen TVs and one 85-inch TV, perfect for routing for or cursing at your favorite team.

A cool new place in the Williamsburg scene, I’ll definitely be going back.  If you find me there challenge me to a game of foosball –  if you dare. 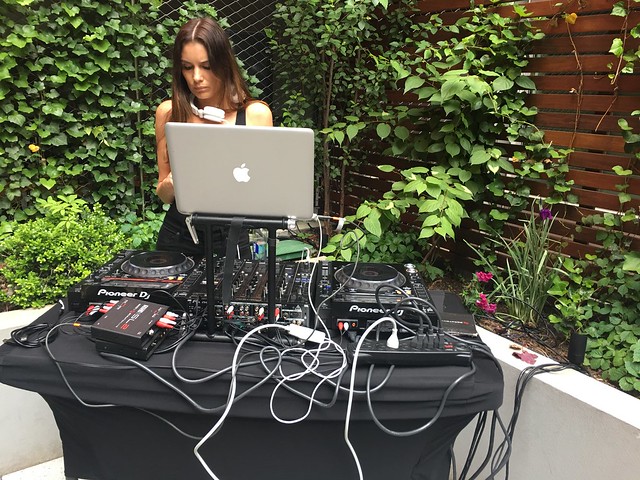 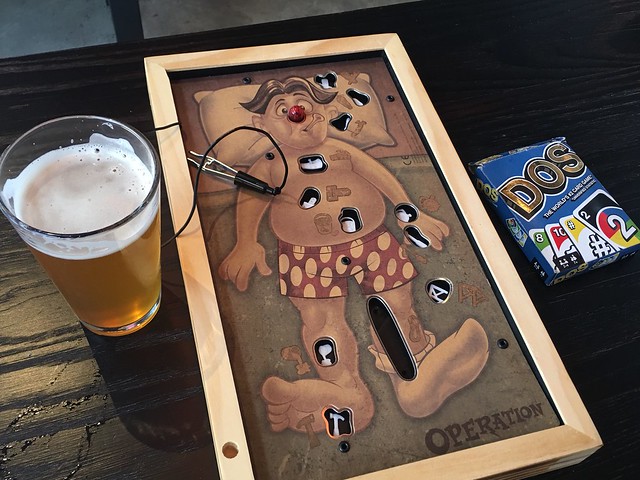 Clinton Hall, a staple in the craft beer and food communities has four locations: Manhattan’s Financial District, the Bronx near Arthur Avenue, the Seaport District and inside the Pod 51 Hotel. Featuring 20 seasonal draught beers and ciders on rotation, Clinton Hall introduces a unique, eclectic and exciting ale adventure that is always served precisely to each Brew Masters specs, thanks to an on-site Flux Capacitor.