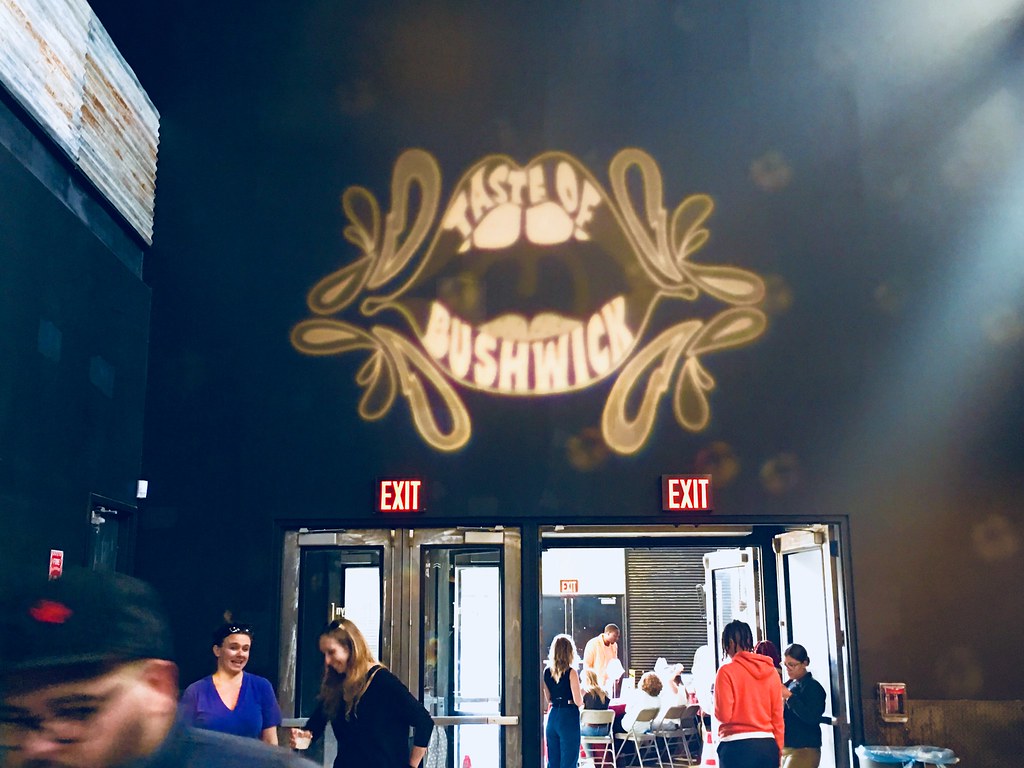 What does Bushwick taste like? Spicy and sweet and everything between, it’s damn delicious! How do I know? My girlfriend and I recently attended the 5th Annual Taste of Bushwick hosted by The Bushwick Starr, an Obie Award-winning not-for-profit theater. 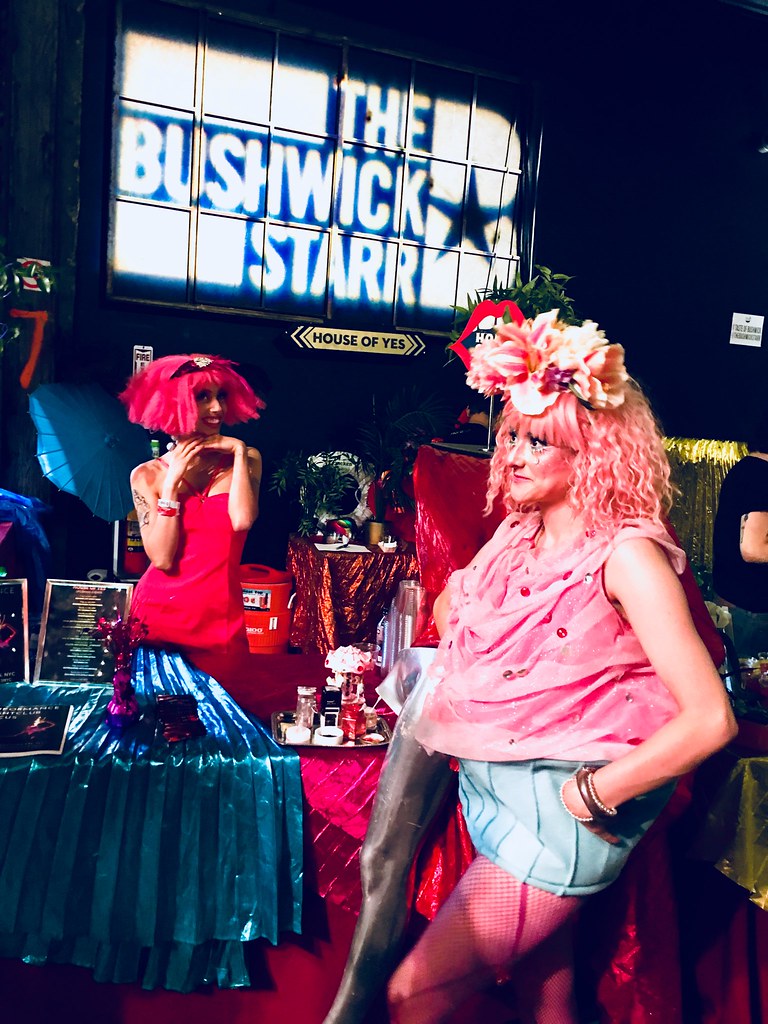 The Taste of Bushwick is an annual food party celebrating the eats, drinks, and merriments of Bushwick. The event featured over 40 vendors from breweries and distilleries to local restaurants, coffee shops and specialty food makers and was hosted at the ultra-cool Brooklyn Steel concert venue which opened last April. 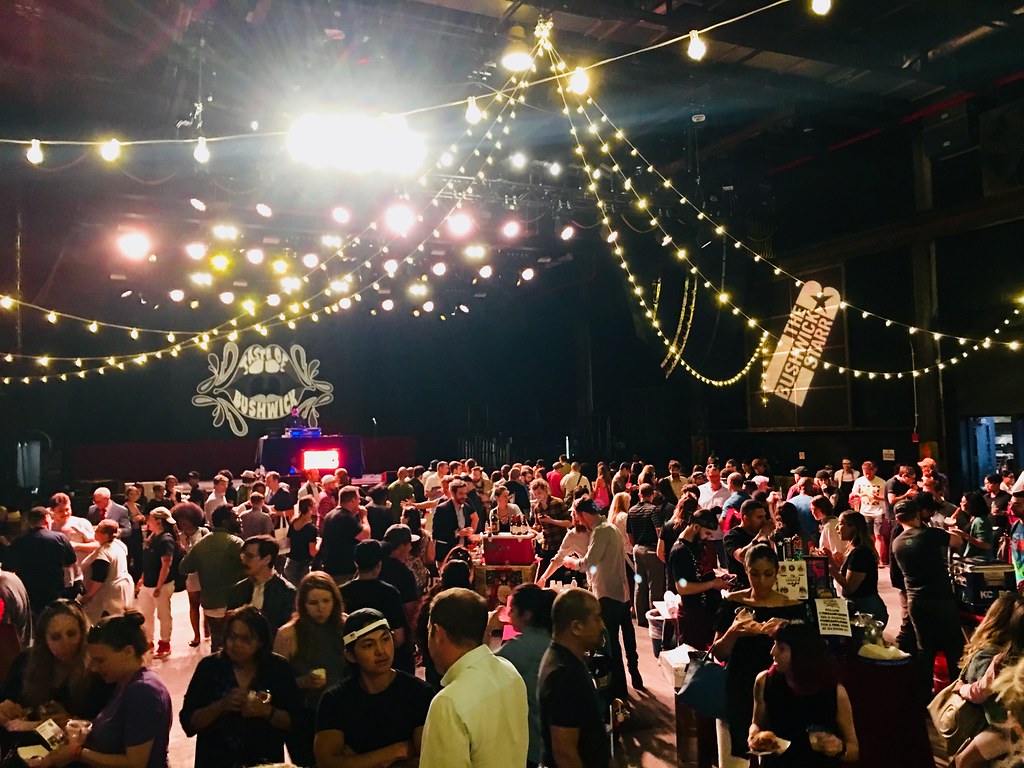 Where should I begin? How about the Cape House Clam Shack. Oooh yeah, these babies were great! So was the salmon tartar from Sea Wolf, so good I had three.

Now for something to wash down the food. How about some Owney’s Rum? Named after Prohibition rum runner Owen “Owney” Madden, the rum, a blend of premium white rum and two-year-old cask-aged Dominican rum, was smooth and sexy, just like its Founder and Head Distiller, NYC native Bridget Firtle. 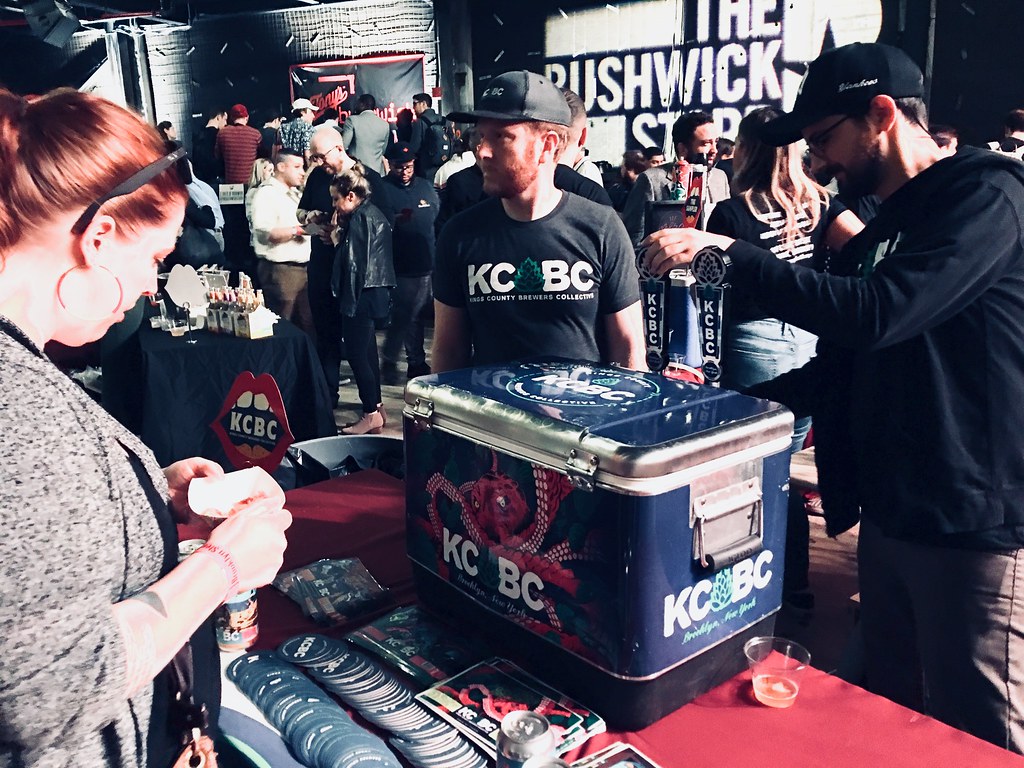 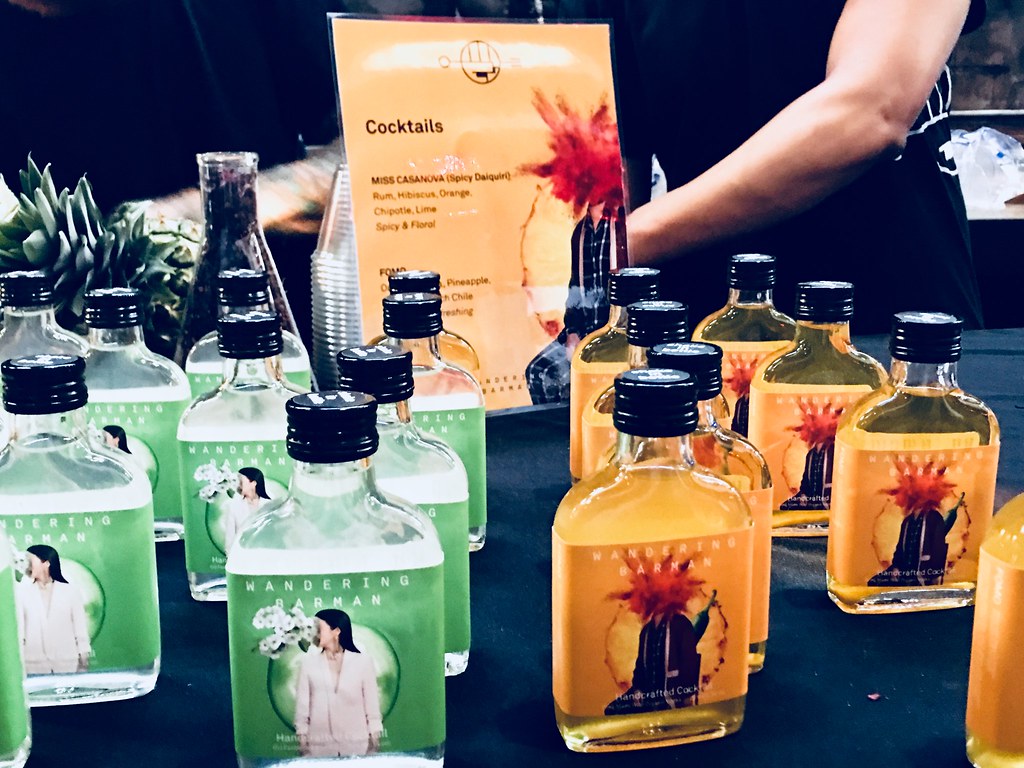 Next up was the mouthwatering sample from Lucy’s Vietnamese Kitchen. Head Chef Johnny Huynh is doing something right! He was raised in Bushwick by his grandmother, Lucy, whom the restaurant is named after.

Although I’m a red blooded meat eater I’ve been known to eat a veggie or two and we checked out Precious Metal next. Their vegan queso was simply amazing – no meat required! Even better was their Clear Bloody Mary. OMG fellas – this was really good! 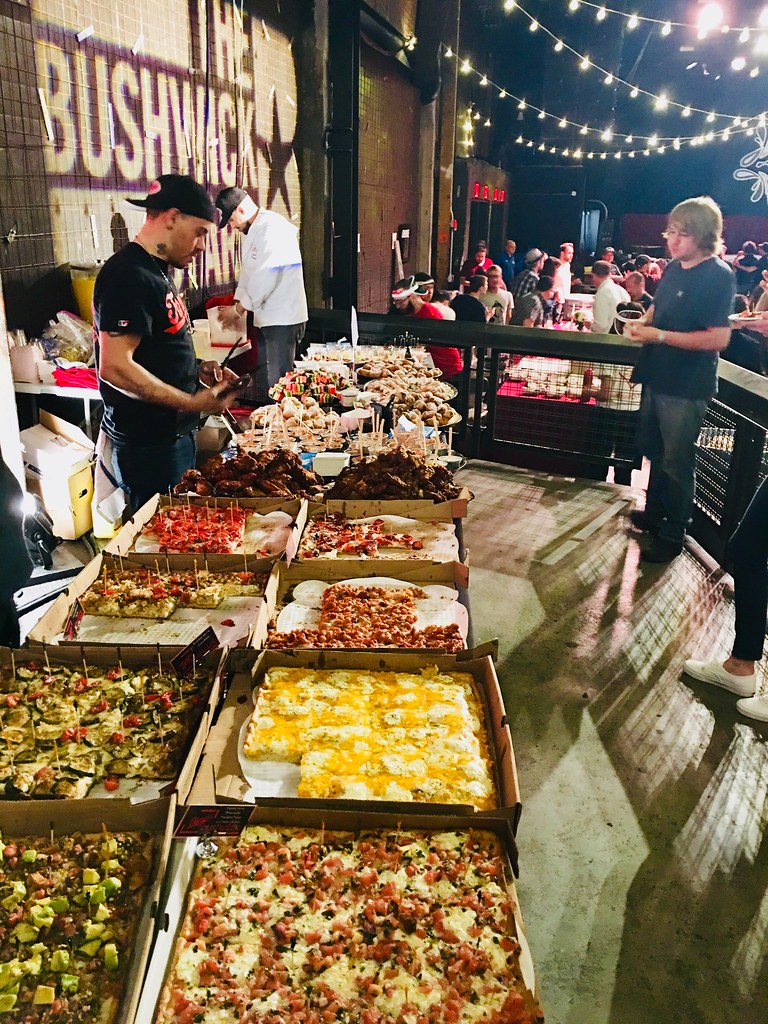 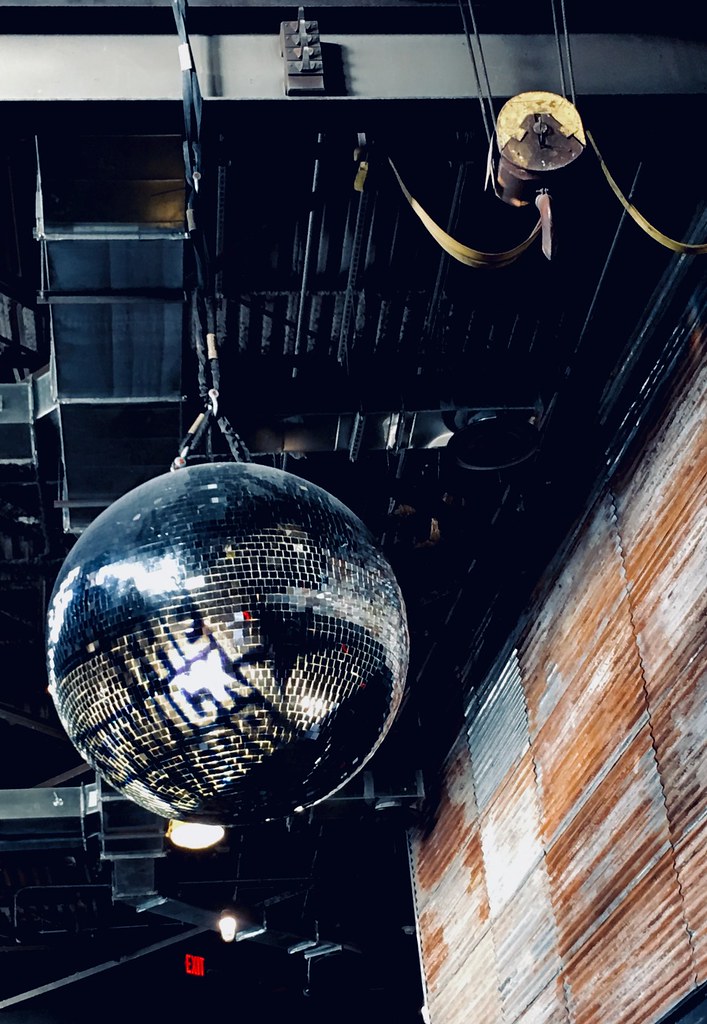 We took a short break to groove to the jams by DJ Monikkr before heading for round three. Up first were the outstanding jerk shrimp tacos served by Bushwick Grind. Most definitely worth the visit not only were the tacos spot-on but they had a freshly made watermelon lemonade that’s simply awesome, and there’s not even any alcohol in it! But you know what’s strange? They aren’t a restaurant people – they’re a coffee shop! I didn’t try their java, but I’ll be checking out their place on Whipple Street next time in in their hood.

We ended our food fiesta Italian style at Tony’s. Their Grandma’s squares were exceptional and their pasta was lip-smackin’ good. So were their cannolis and zeppoles. 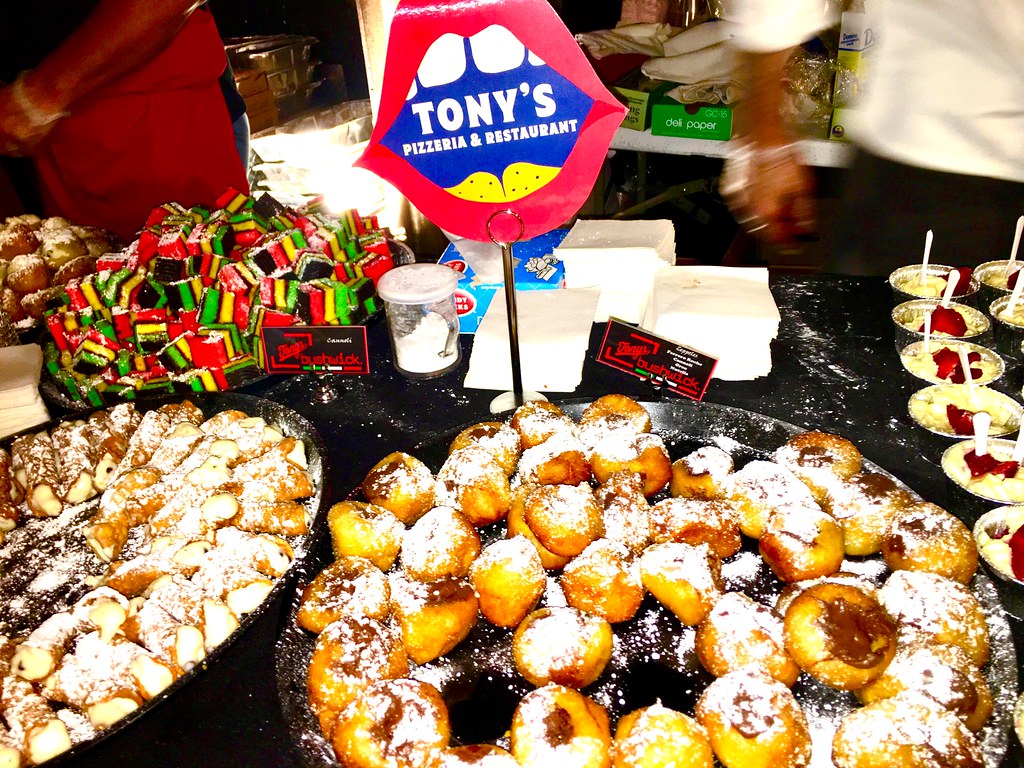 Before heading out we needed a bit of perk so we hit up the roasters at Blue Bottle Coffee. Really nice guys with great coffee, it’s on my Bushwick bucket list to visit their place on McKibbin Street soon.

With everything Bushwick has to offer it’s the place to be, even if it’s being invaded by Texas… 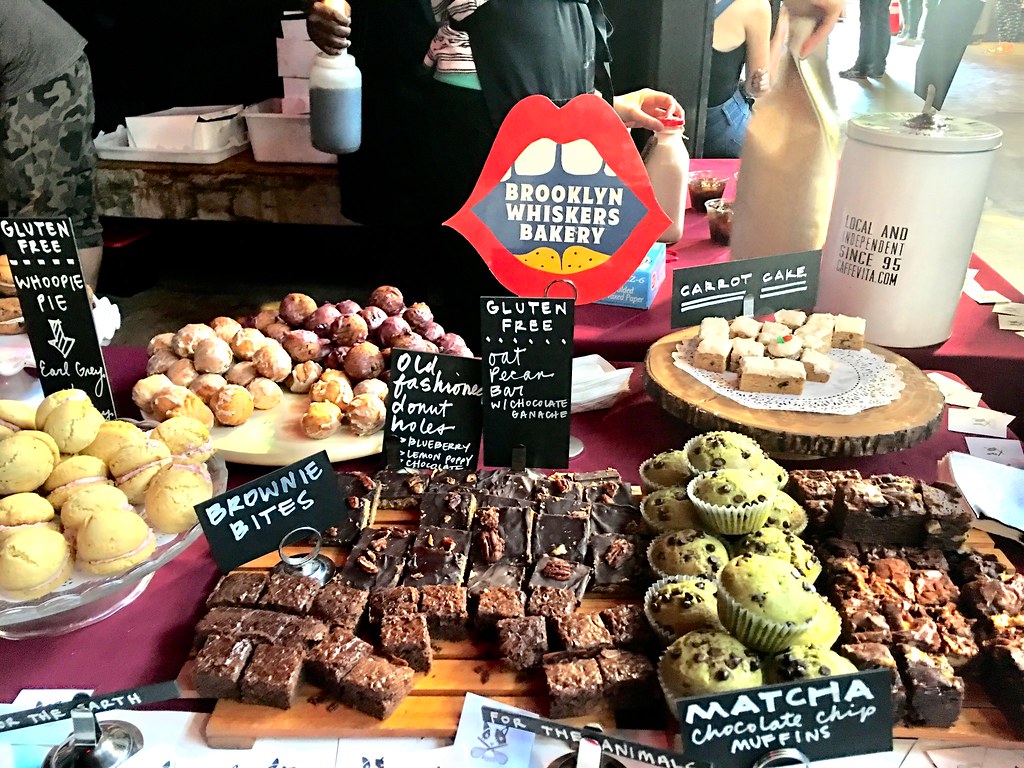 About The Bushwick Starr

The Bushwick Starr began in 2001 as a developmental space for the New York based theater company, Fovea Floods, Inc. In 2004, the company helped to fully convert the space to a black-box venue while producing a large-scale theatrical run. In the subsequent years, as the neighborhood of Bushwick began to transform into a thriving artistic nexus desirous of space and support, we decided to open our doors to other artists. Since doing so, we have quickly grown into a bustling theatrical venue, enjoyed by artists and audiences near and far.