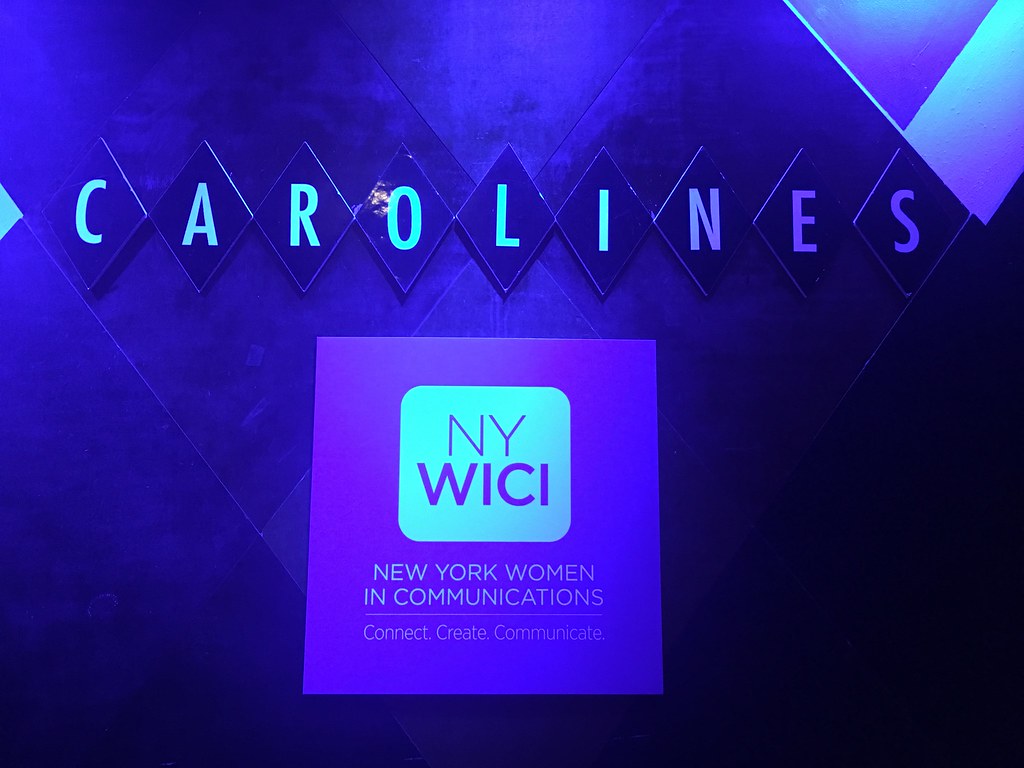 Who needs a good laugh? In this crazy city you gotta laugh or else you’ll go bonkers. One of the best places to let loose is the legendary Caroline’s on Broadway Stand-Up Comedy Nightclub. Many famous comedians have performed there including Jerry Seinfeld, Tim Allen, Rosie O’Donnell, and Jay Leno, and even more have been discovered by what many in the industry call “The Mother Hen” of comedy, owner Caroline Hirsch. 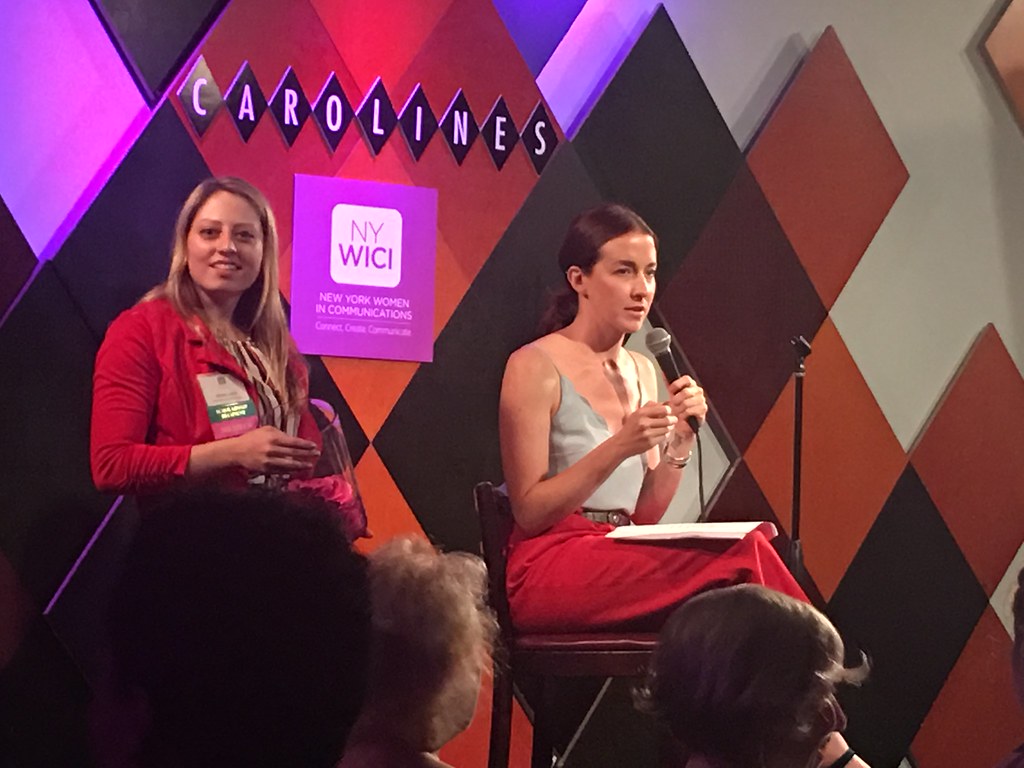 My girlfriend and I were invited to the New York Women in Communications (NYWICI) for their 12th Annual Ladies Who Laugh Comedy Benefit hosted at Caroline’s last month and we had a blast! The evening was Emceed by NYC stand-up comedian, writer, performer and producer Molly Austin. She’s been seen on Tru TV, MTV and Comedy Central.  She introduced four hysterically funny women throughout the evening who all got out bellies rolling. 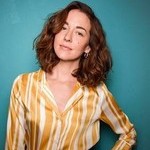 First up was Hannah Boone, a comedian and sketch writer/performer who started comedy in Los Angeles, where she was a regular at The Comedy Store and Laugh Factory. Her sketch group was featured on Adult Swim in 2018 and she headlined at Caroline’s this past May.

Following Hannah’s antics came Anna Drezen.  A comedian, actor and writer for Saturday Night Live, she’s also the editor-at-large for the groundbreaking satirical woman’s magazine website Reductress and has written two things that could loosely be described as “books.” A Brooklynite, she regularly performs stand-up and sketch comedy at the Upright Citizens Brigade Theatre, The People’s Improv Theater, Union Hall, The Annoyance, and other clubs across the country. 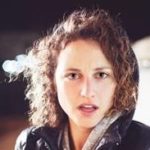 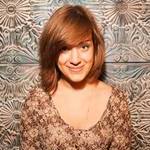 After catching our breath from exhaustion caused by the uncontrollable laughter she caused we were introduced to comedian Leighann Lord. As a native New Yorker she’s been performing stand-up for 25 years – starting at just 10 years old. She’s performed around the world from Baghdad to Brooklyn and back. In her own words,”I didn’t go straight into stand-up. I took a five-year detour into corporate America. I hated it. It was great! There’s nothing like having a job you don’t want to motivate you to find the career you do.”  We’ve certainly glad she found comedy as she’s a riot!! 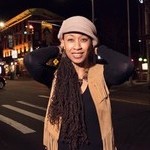 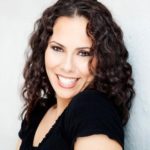 Last but definitely not least was comedian Kyle Ocasio. Originally from Cleveland she moved to New York City at 18 and has been performing stand-up all over the country for well over a decade. Recently returned from an Armed Forces Entertainment tour, she’s currently the face of Optimum TV’s Soccer Mom Goals, a show with a comedic twist of moms commenting on The World Cup. She is also regularly appeared on the satirical political comedy show Red Eye on Fox News and in 2014 her stand up was a featured on AXS TV’s Gotham Comedy Live. Rooftop Comedy produced her debut album “Tell Mommy Your Name Again”. Her sophomore album, a collaborative piece with two other comedians entitled “Three’s Comedy”, is scheduled for release in 2018. 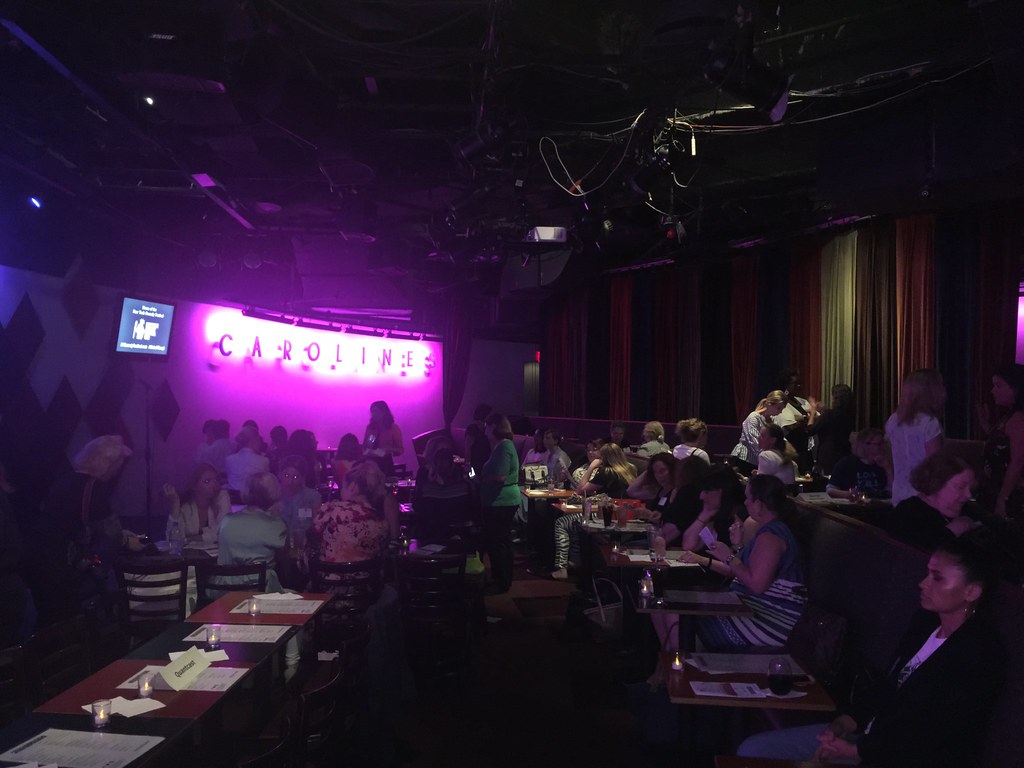 It was a really fun night with all proceeds going to a great cause and we left in good spirits!

NYWICI’s mission is to empower women in the communications field at every career stage to reach their full potential and navigate the ever-changing landscape of communications. We promote professional growth and inspire members to achieve and share success by actively encouraging leadership and professional development, as well as networking opportunities that connect women who connect the world.

Each year, we award scholarships ranging from $2,500 to $10,000 to high school seniors, college and graduate students, and offer educational programs, including an annual Student Communications Career Conference for women beginning their careers or embarking on career transitions. We also award empowerment grants to more seasoned NYWICI members. To date, we have awarded more than $1.6 million in scholarship support to over 300 women. As women who connect, create and communicate, NYWICI members serve as role models, career advisors and mentors.

Photos via Carolines and by Socially Superlative