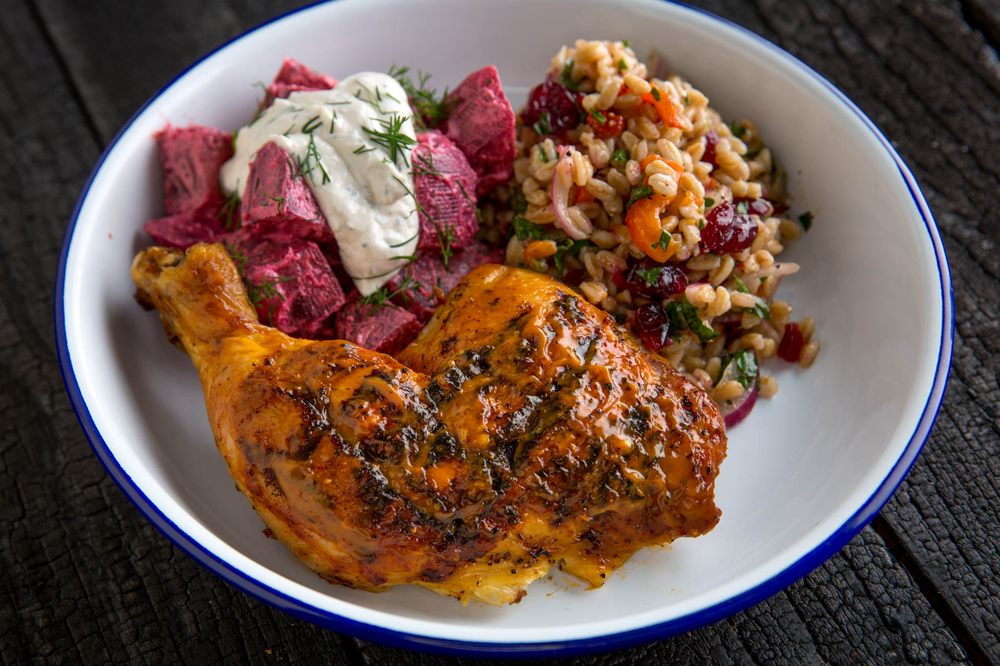 When I went to visit Brine Chicken, located in Chelsea near the Meatpacking District, I spoke with CEO Dan Mezzalingua who told me that when he was a child in a large family he imagined owning a restaurant to the extent that he played games with his siblings involving preparing and serving food. Brine Chicken is the realization of Dan’s childhood dream. 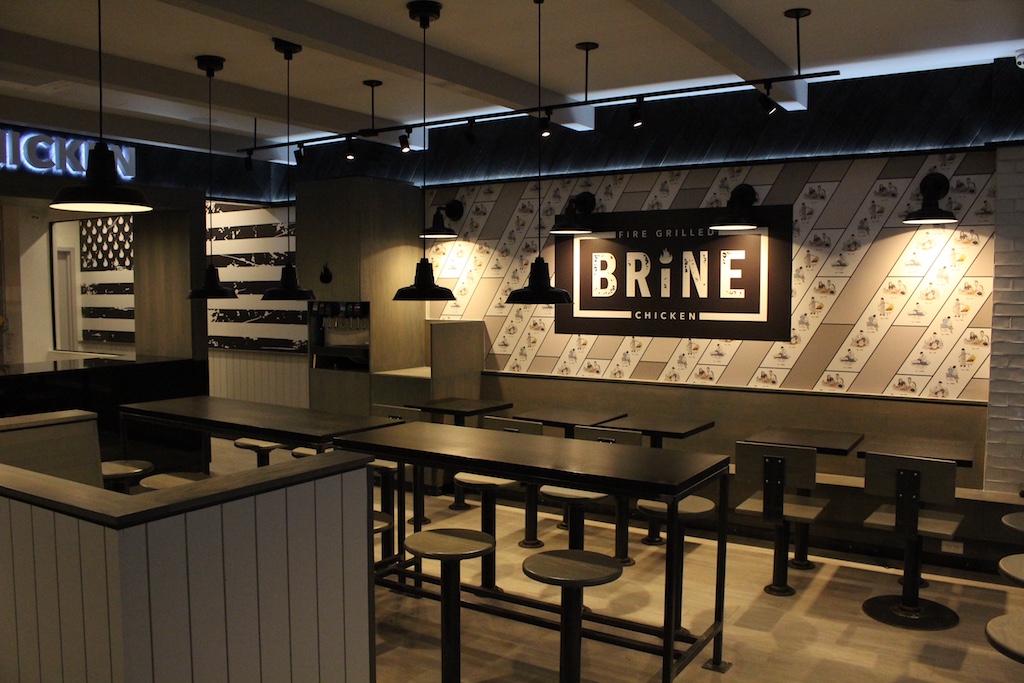 His success enables New York’s fire grilled chicken lovers to bite into the chicken dinner of their dreams. In short, I love chicken and Dan served me the best chicken I have ever eaten in my life. It was plumb, succulent, and spiced with the perfect tinge of pepper. I feel at a loss for words to describe my close encounter with this superb chicken. So let me resort to an analogy which smacks of the SAT: Brine is to chicken as Einstein is to intellect. 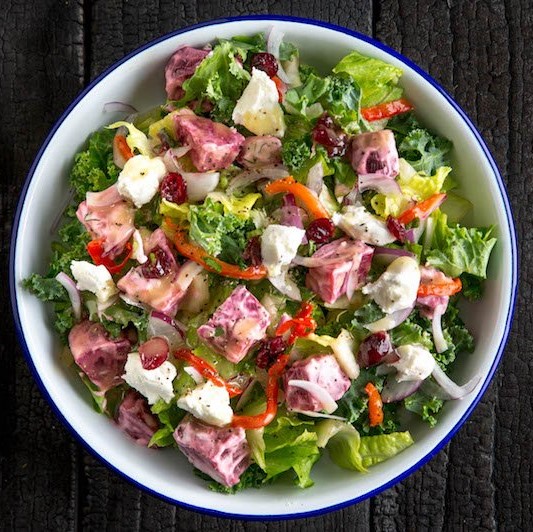 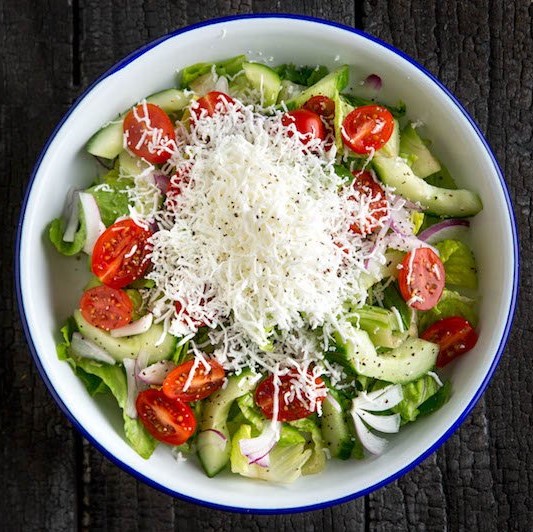 Joseph Lonigro, Brine’s Executive Chef, presented me with a tray brimming over with their Signature Thigh ($7), the Gigi and Greek Village salads ($10 and $11), and the White Balsamic Farro, Roasted Beets with Goat cheese Tzatziki, Grilled Coleslaw, and Brown sugar and Lemon Carrots sides dishes ($3.50-$4.00). All the sides were crispy and tasty. Dan explained that everything is freshly made to order in house and never frozen—with the exception of the French fries because “the best fries are frozen.” 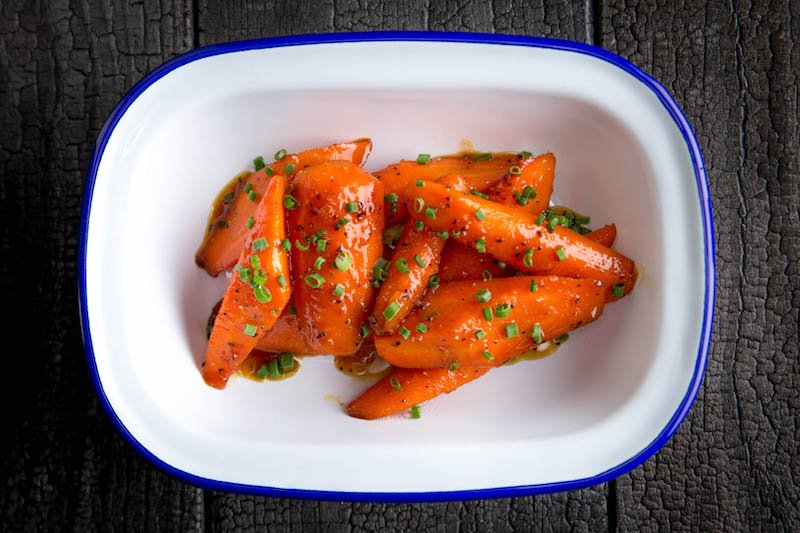 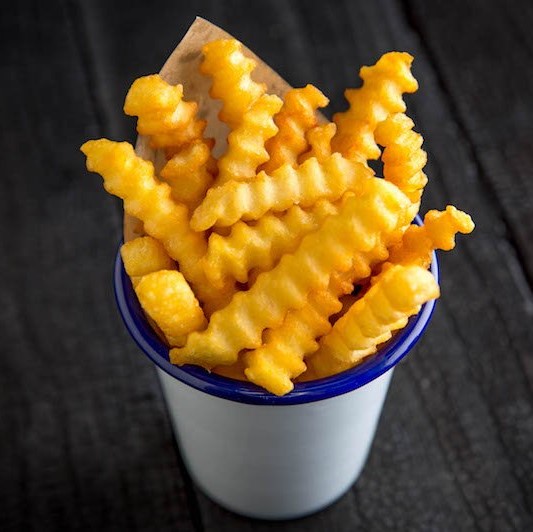 All of this deliciousness springs from something akin to a James Bond spy thriller: the original and secret brine formula known only to Dan and Joe. “The brine is central to everything I do,” said Dan. Although I do not of course know the secret brine formula, I was made privy to Joe’s cooking method:  Before the chicken is grilled, it is soaked in brine for twenty-four hours and then it “rests” for eight hours to remove the moisture. The last step: “eating the chicken!” I applaud the result of this process. 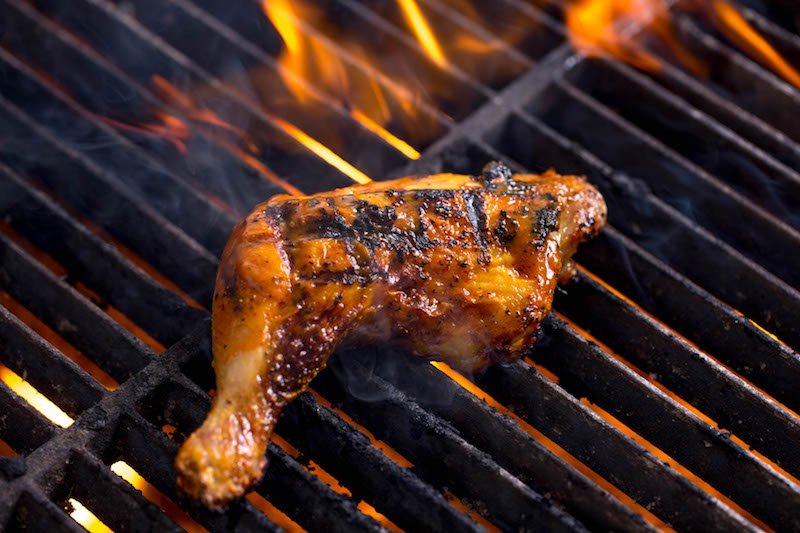 The restaurant’s black, white, and gray interior is sleek and ultra-modern. Dan and Joe’s originality is a part of the décor in that they charred the black wood which lines the area between the top of the wall and the ceiling. The Brine cooking method (and certainly not the secret formula) is written on the wall. When patrons enter this cashless restaurant, they encounter computer screens which picture the fare on offer. You merely click on the picture which makes you salivate the most, swipe your credit card and, viola, you have built your order. Dan said that this efficient ordering method enables him to spend more time with his customers. 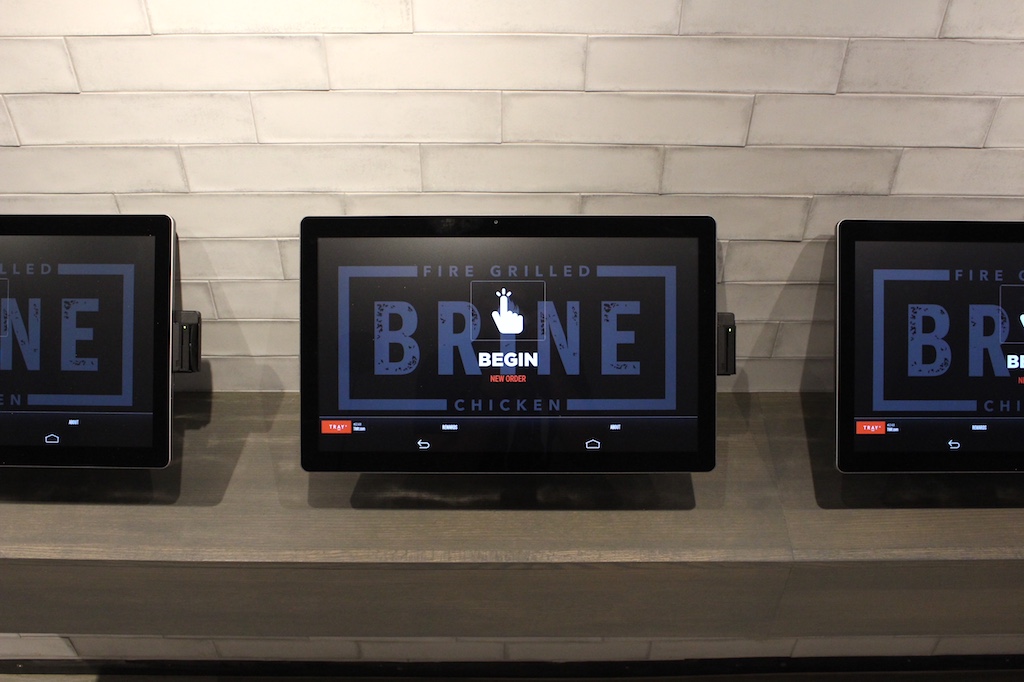 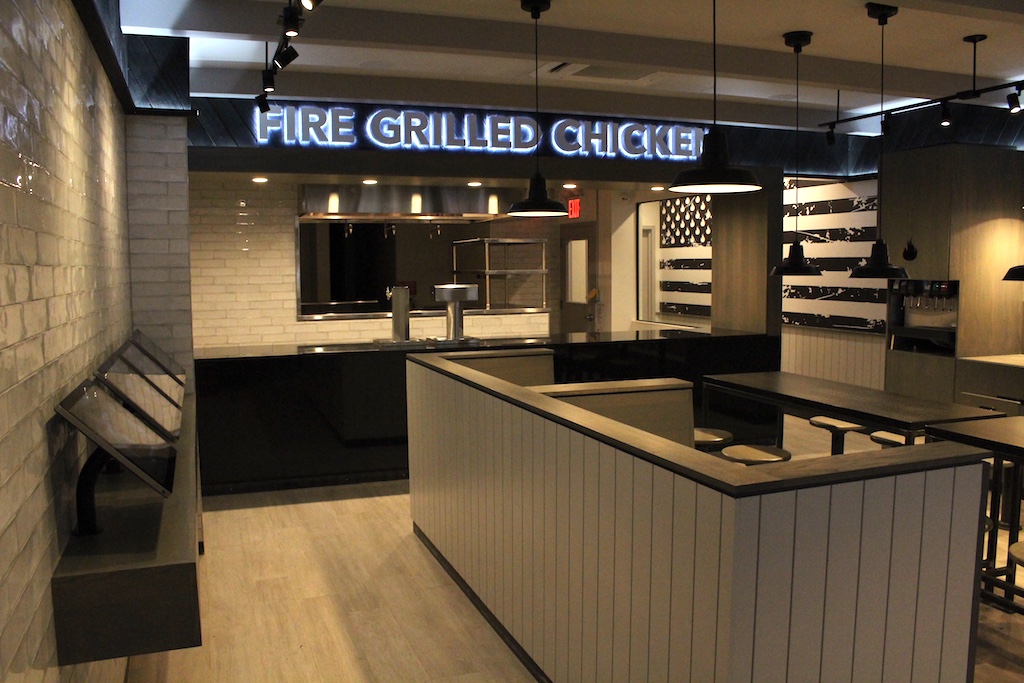 I have said in no uncertain terms that the food at Brine is superb. But Brine has another secret ingredient which is not present in the food: Dan and Joe’s team work and Dan’s unique combination of excitement for his week old restaurant and his sincerity. He told me that he is going to send one of his employees to college. This is what Dan said after I stated that I hoped Brine grows into a successful chain: “I never want to loose control over what I have started. It is about more than chicken.”  Indeed. 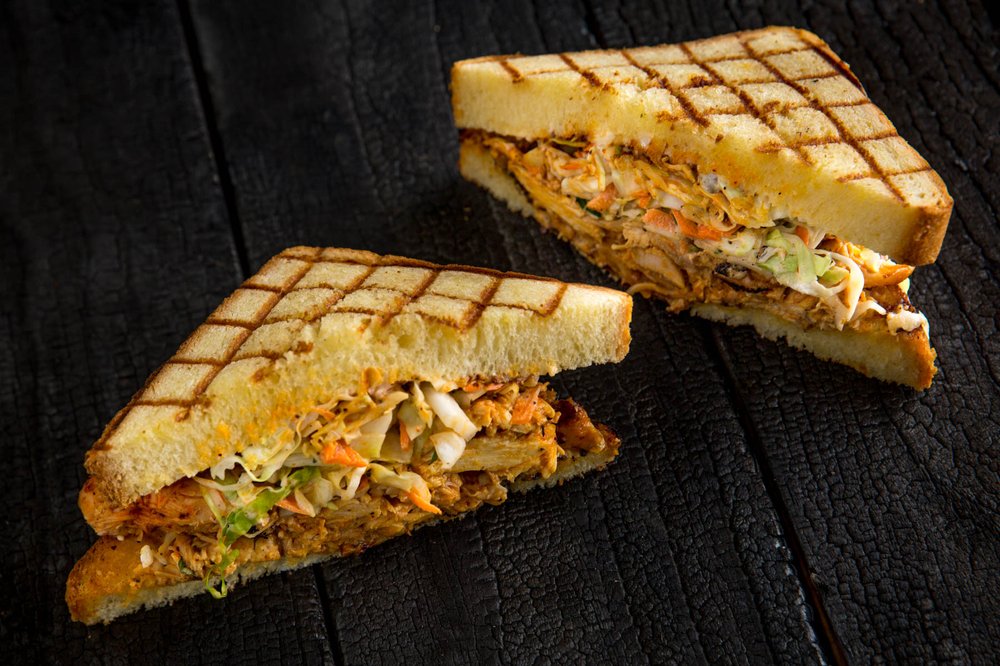 Yes, I enjoyed great juicy chicken. I also met an impressive young man who epitomizes the best of entrepreneurship: a quality product and a concern for people.