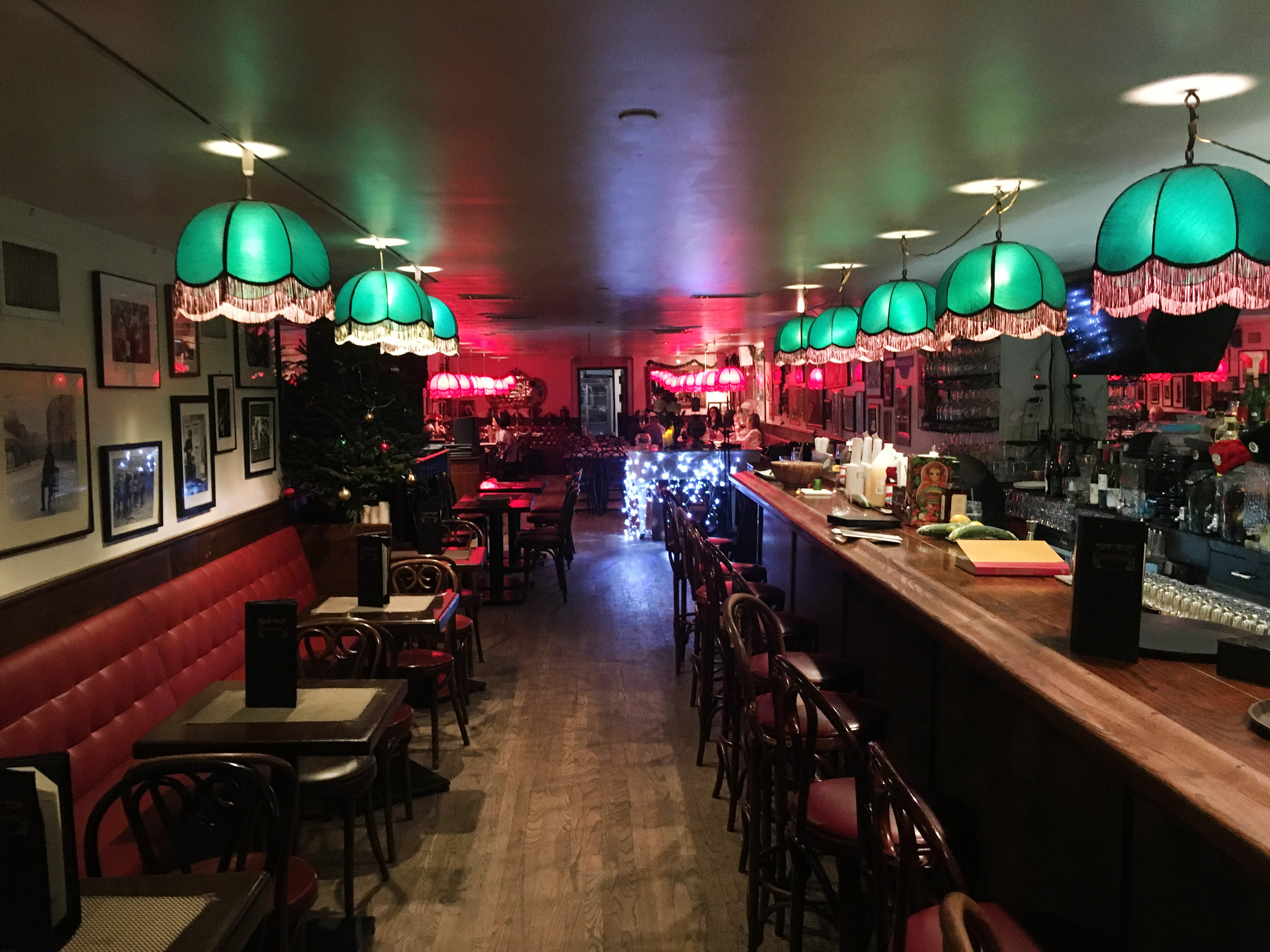 At certain points of the evening it was difficult to hear what my dinner date was saying to me just an arm’s length away. It wasn’t because my senses were dulled from the flight of wickedly strong vodka. The conversation interference came from the jovial conversation and live Russian music filling the legendary Russian Samovar restaurant found on West 52nd Street in Midtown Manhattan. 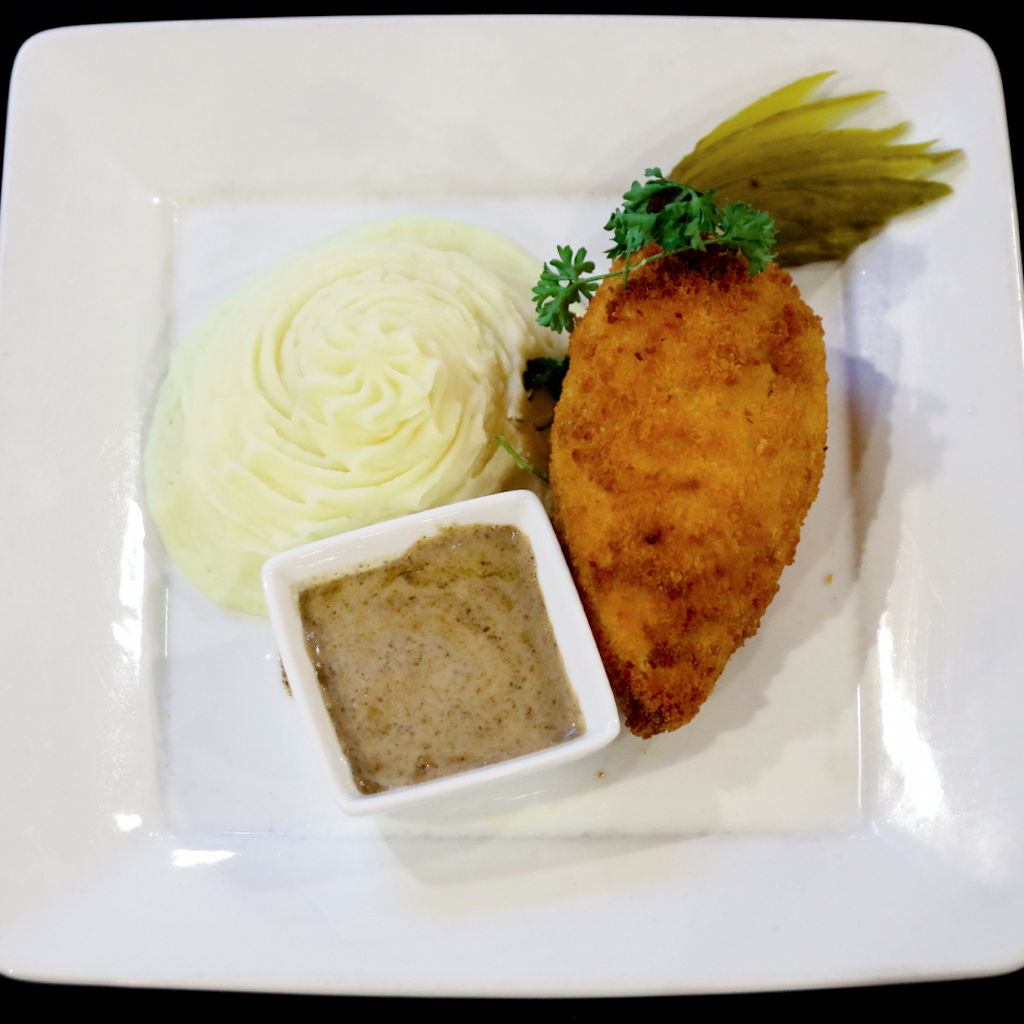 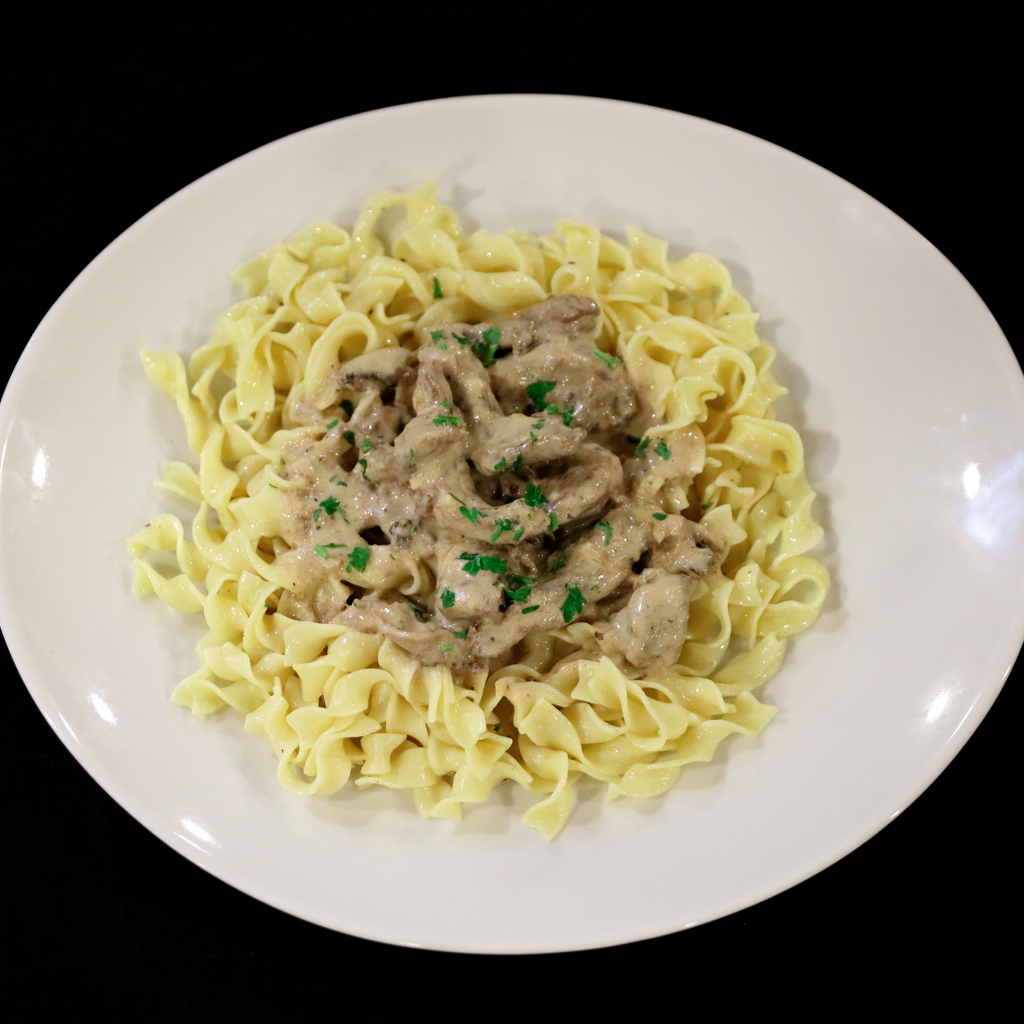 This restaurant opened in 1986 and we were told is one of the oldest single-family owned establishments in the city. Originally Jilly’s Canteen and owned by Jilly Rizzo, a friend of Frank Sinatra, Samovar was the go to hot spot for Sinatra and The Rat Pack. The Red Banquettes still remain from back in those days and the original bar is still preserved. The dim lighting adds an old-world glamour and romantic intimacy. 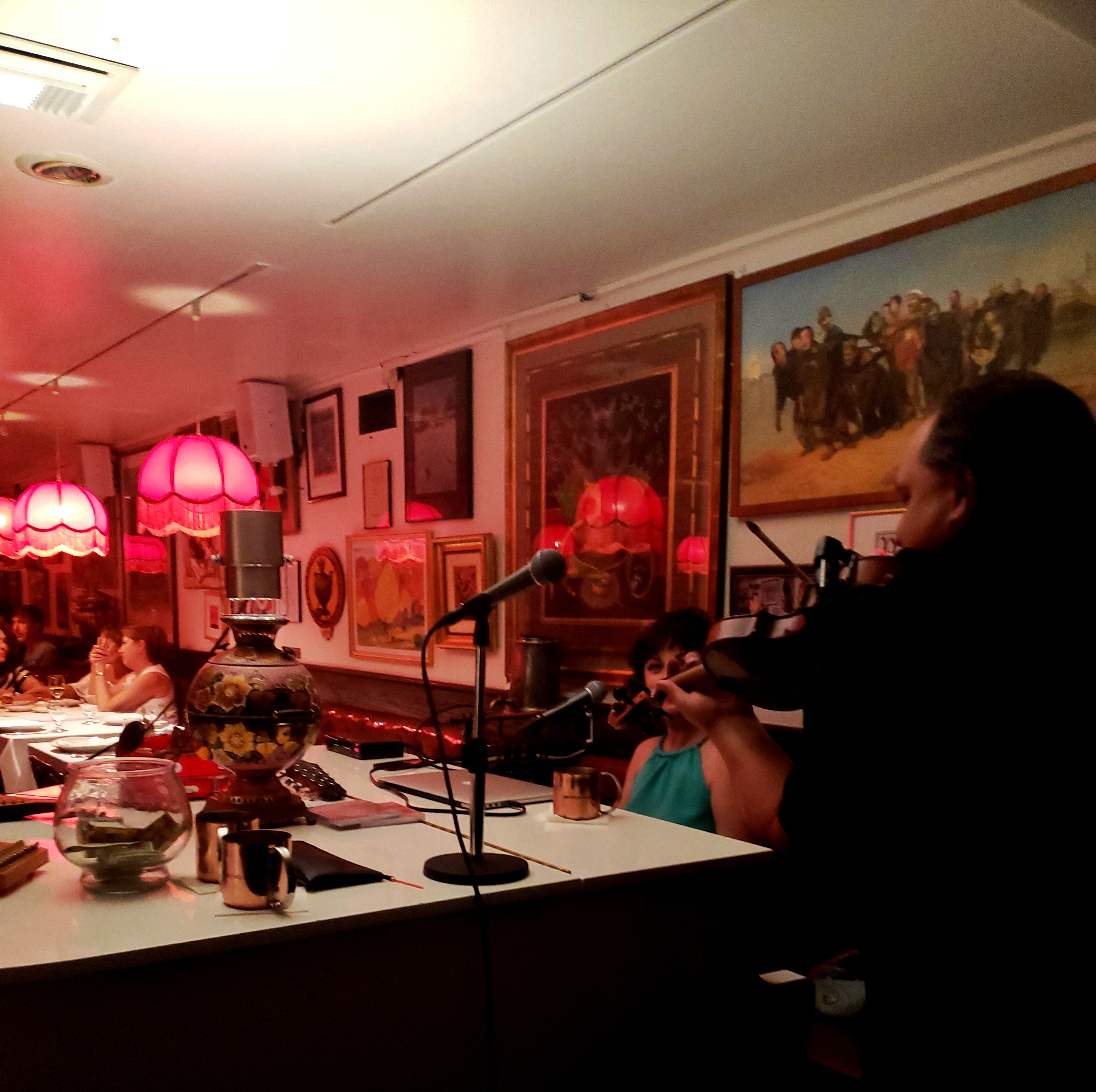 Roman Kaplan, founder of Russian Samovar, acquired the property and was joined in 1987 by friends and business partners: Legendary dancer Mikhael Baryshnikov and Nobel Award Winning poet Joseph Brodsky. Tales of Johnny Carson being thrown down the now “hidden” set of stairs during a fight, international celebrities dining and the filming of Sex in the City are proudly told by loyal patrons who consider the restaurant their hangout.

A storied history is not the only reason to come to Russian Samovar. The service and food is as authentic as you can get and each dish only got better. Out of my element, I asked our Russian waitress to guide us through the menu. 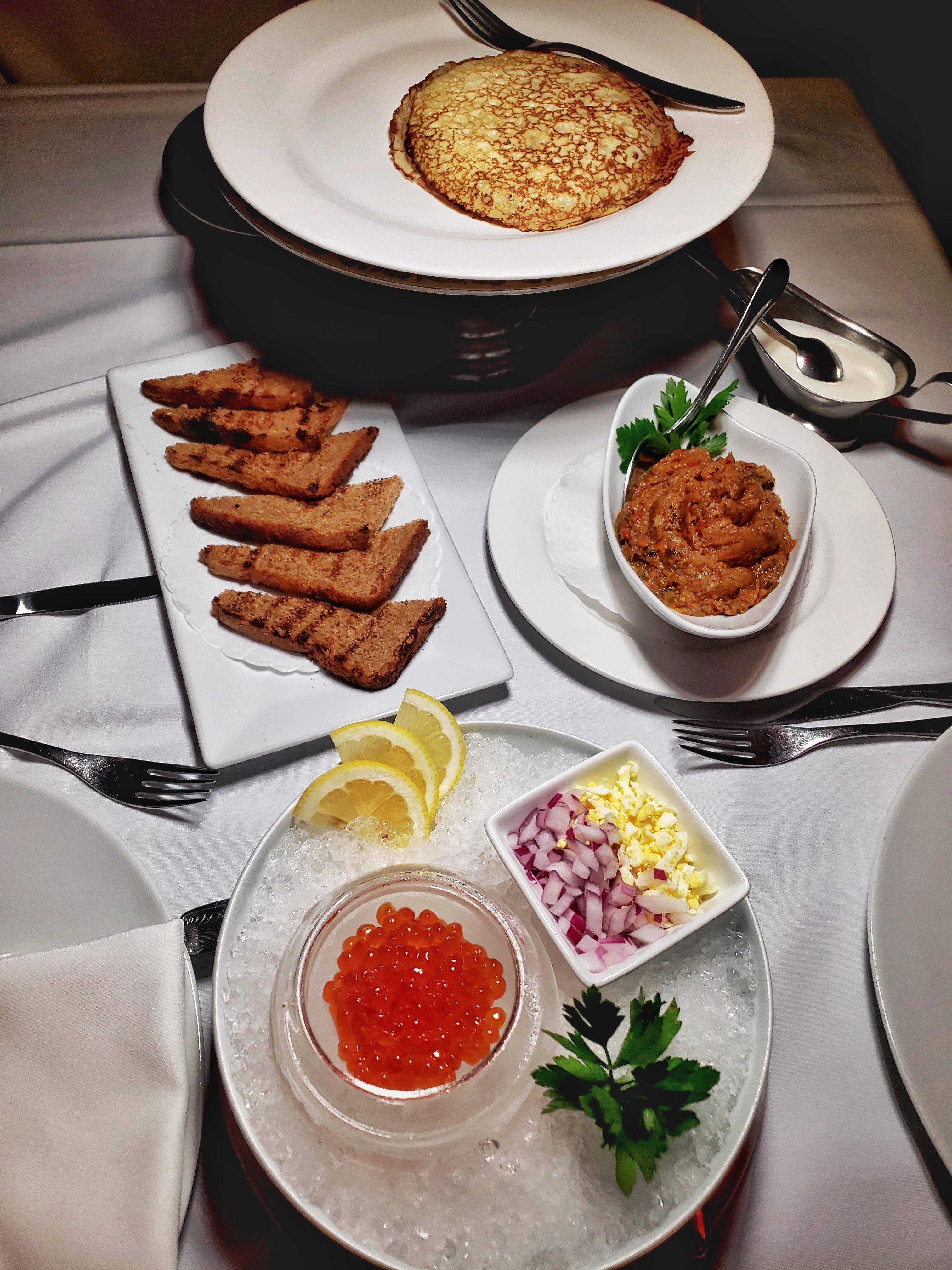 Of course the first recommendation was a flight of the house-infused flavored vodkas – everything from the savory Dill and Tarragon to sweet Cucumber and Pineapple. 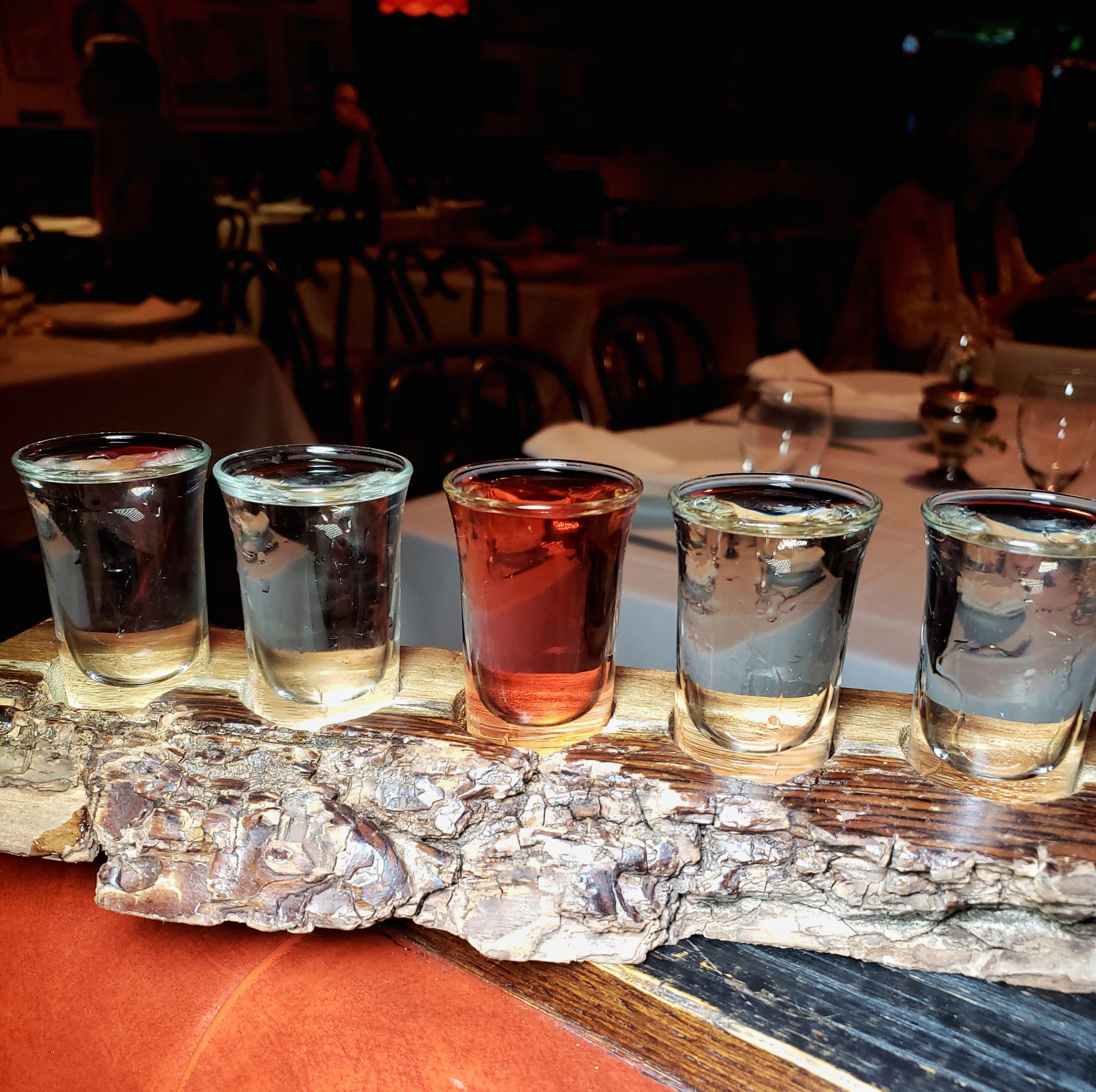 As we settled into sipping our vodkas we were served out appetizer courses – buttery yet salty Atlantic Salmon Caviar served with sour cream atop a crepe, Seledka with Potatoes, an appetizer from the Cold War, and Culibiac, a flakey and buttery and crisp pirog cradled around a rich vegetable and salmon filling. 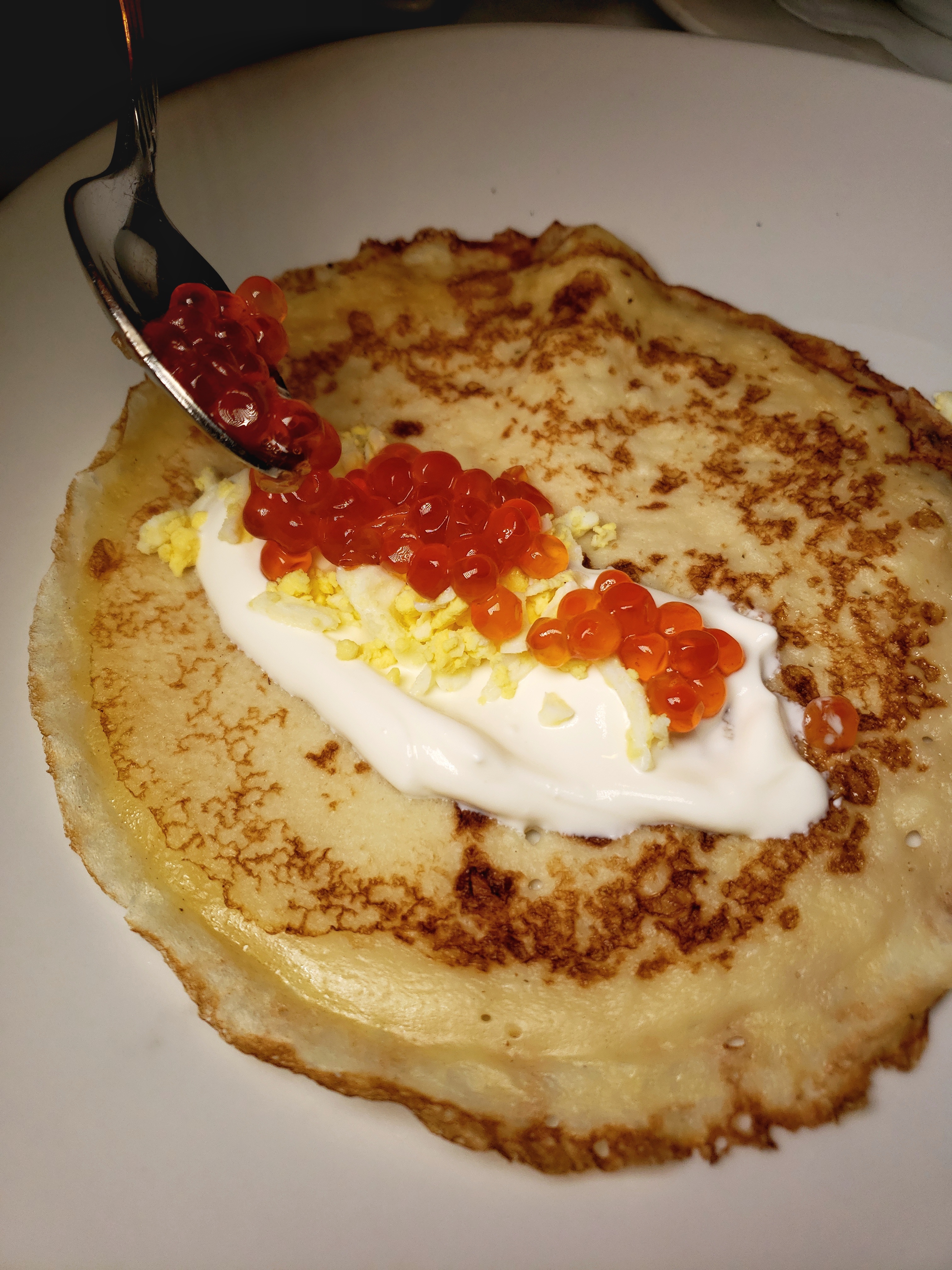 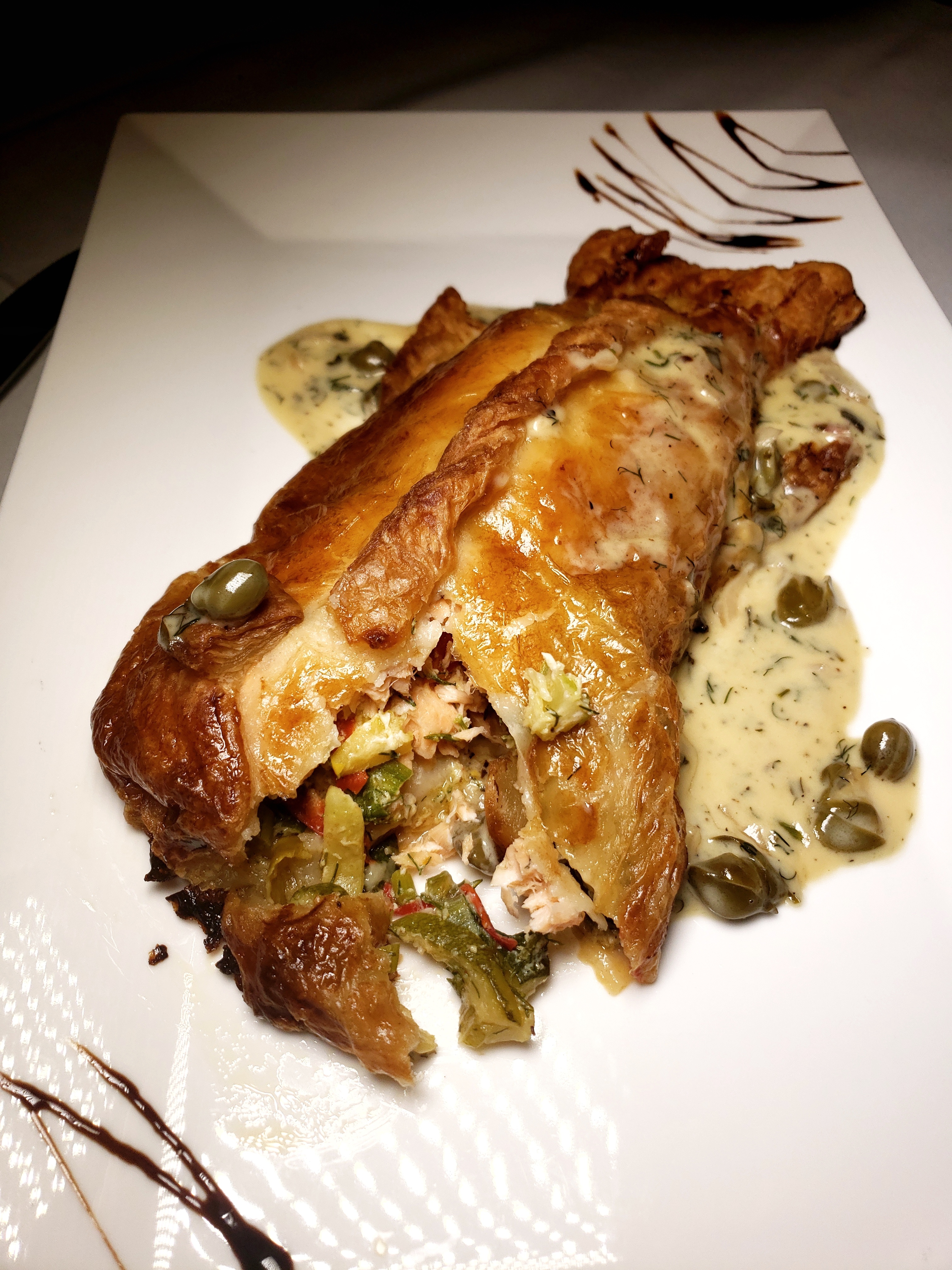 The main course recommendations were the Roasted Duck and Lamp Chops. The Long Island Duck Breast was pan seared with braeburn apple resulting in tender meat complimented by crispy, succulent skin. Mashed potatoes and the sweetness of the fruit balanced out the flavors without overshadowing.

The Lamp Chops were equal parts  flavorful and beautiful.  The seasoning on the thick piece of meat left it charred yet juicy. The thick cut potato wedges were a welcome starch that complimented the meat. Both courses were simplistic in nature but everything you love in a dish and packed with flavor. 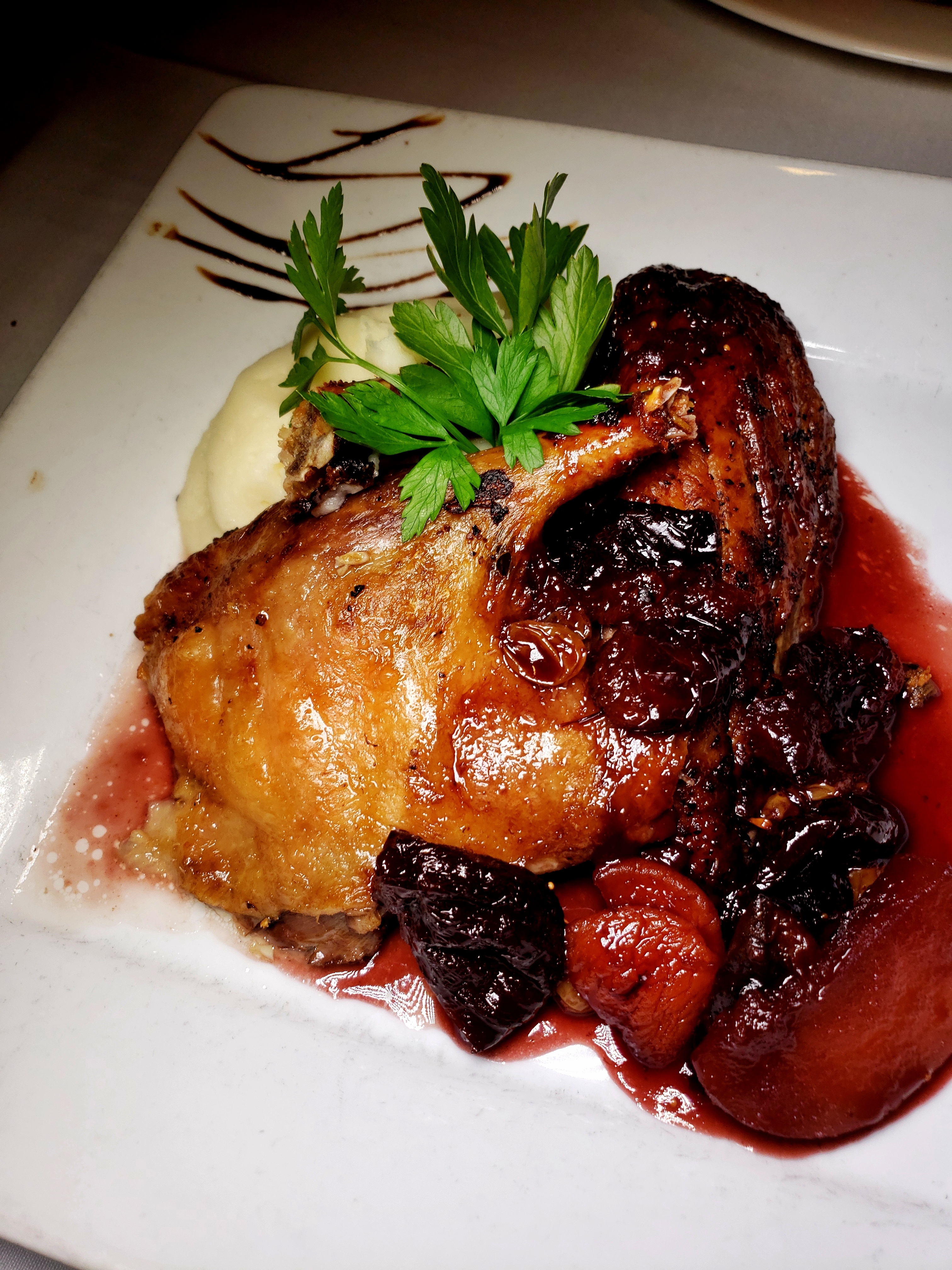 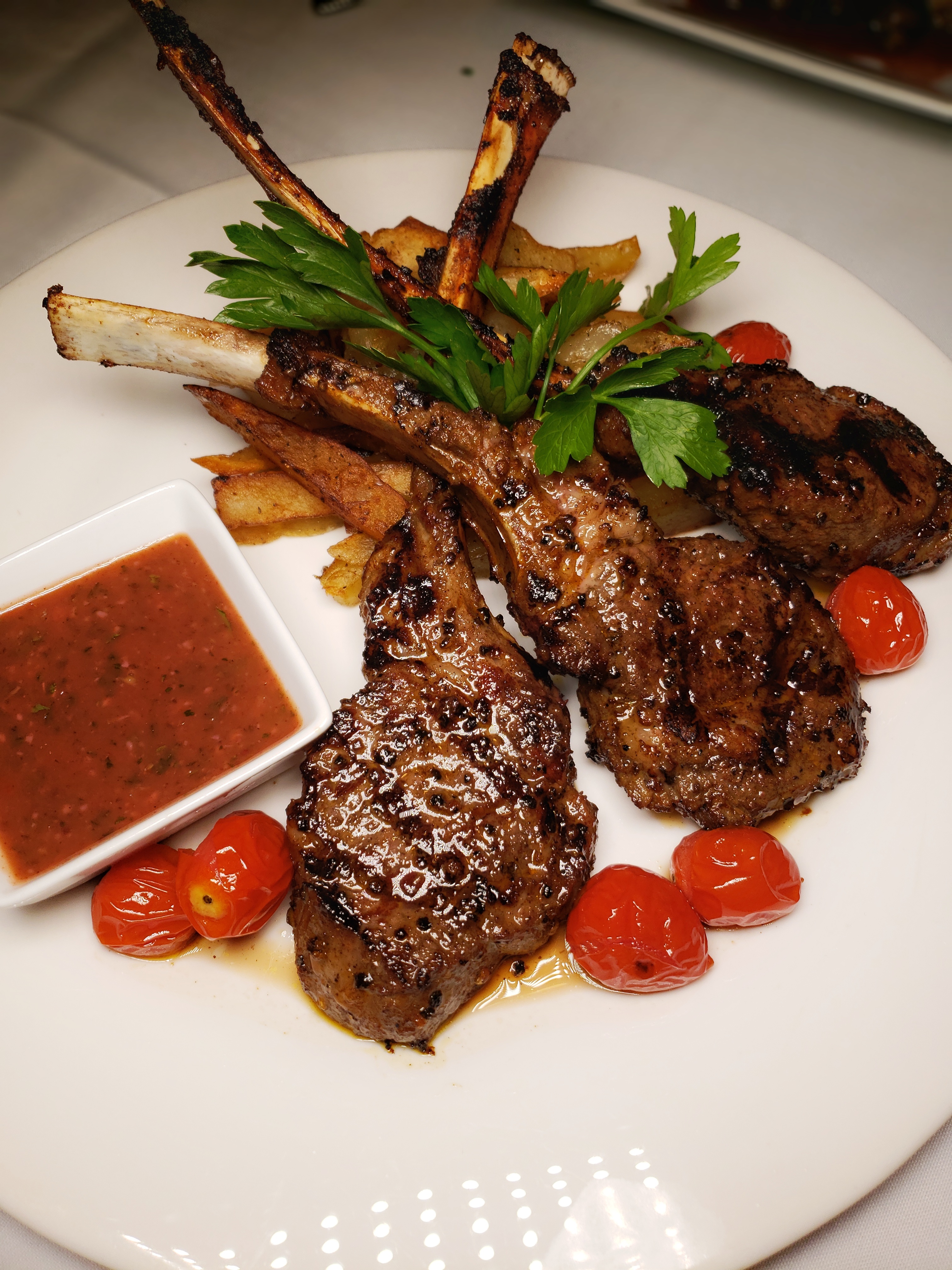 After dinner thankfully my ears adjusted to the excited chatter and entertaining Russian tunes allowing me to hear an invite to the private lounge upstairs. Velvet furniture and the same red hues made for a continuation of the historic yet sultry ambiance. A photoshoot for someone much more fashionable than me was taking place so we quietly exited back down the stairs before heading back out into the Midtown evening. 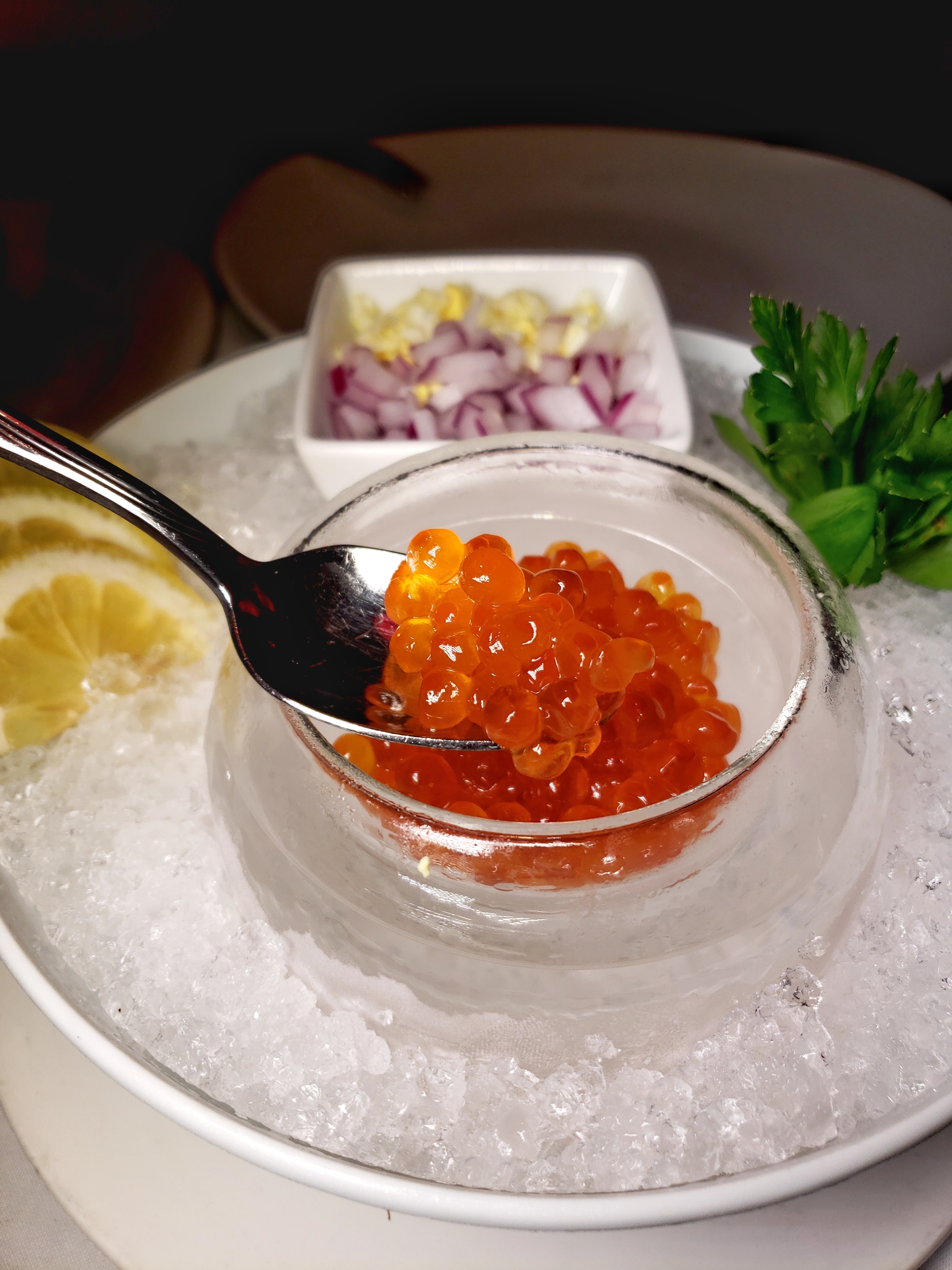 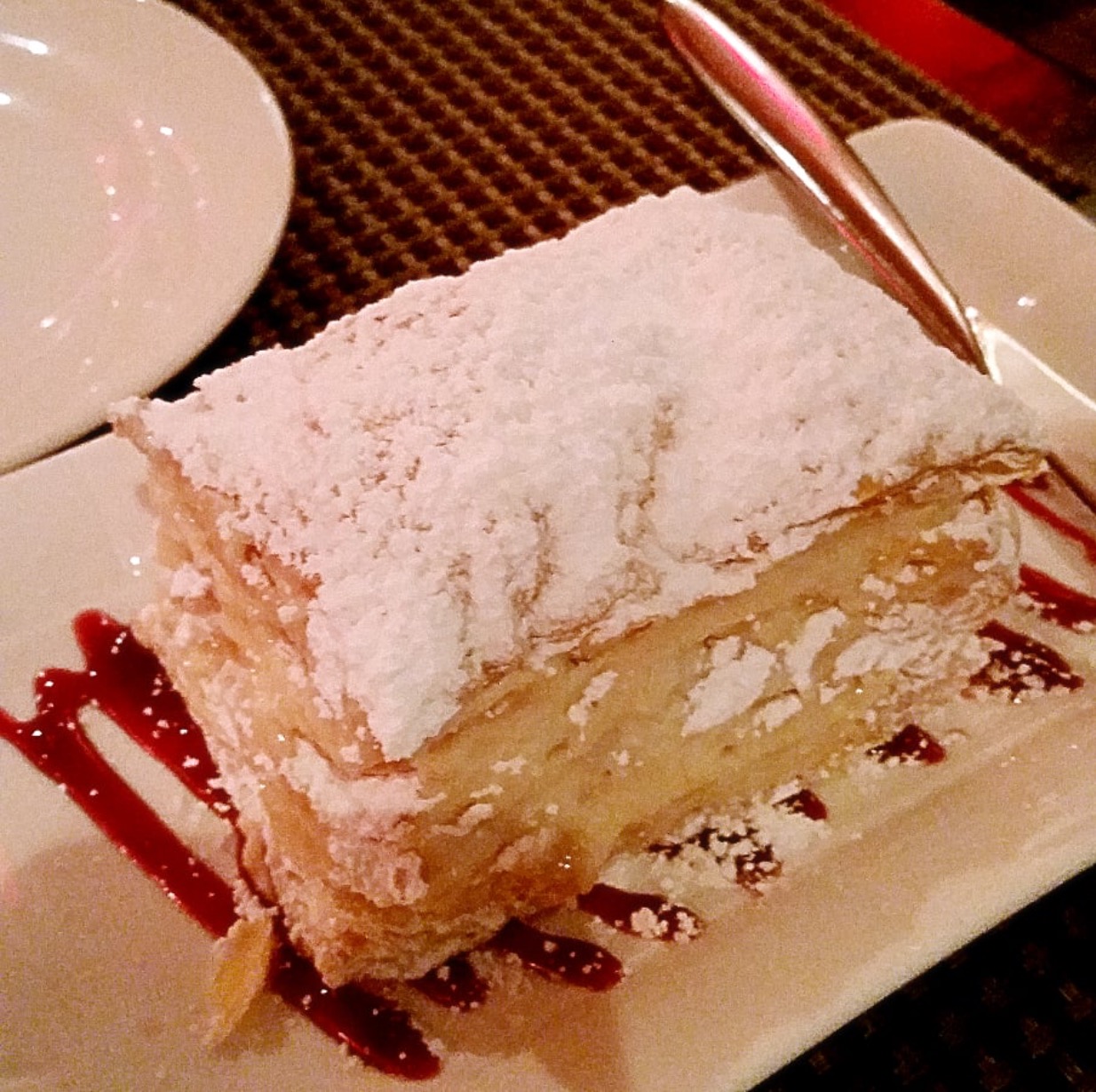 Photos via Russian Samovar and by Socially Superlative