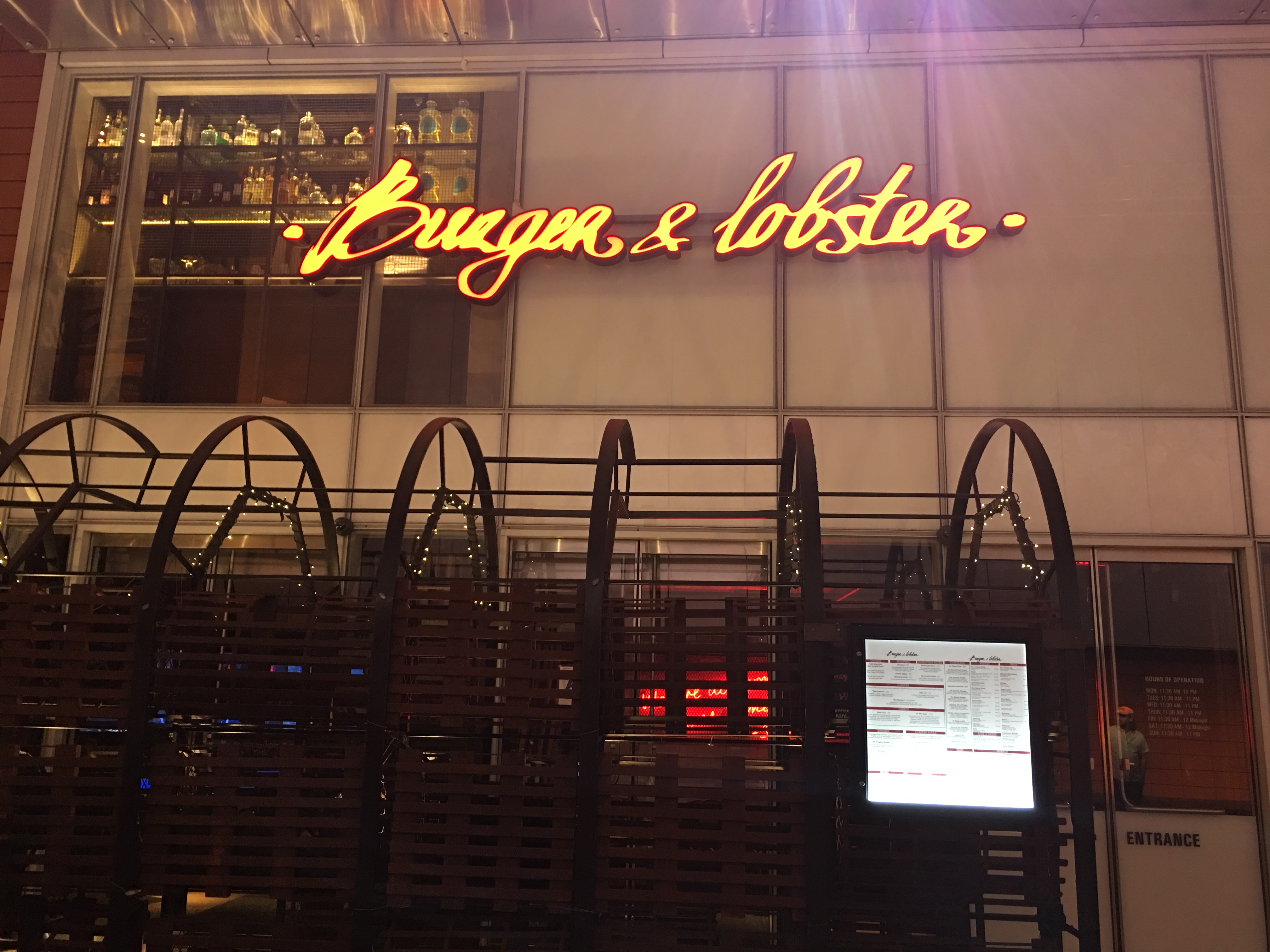 Every city has it’s flavor. Philly has cheesesteaks, Cincinnati has chili, and Boston has chowda. Every true New Yorker and sane human being knows we’ve got the best bagels and pizza in the country. But I’d like to let you know something else we’ve got here on our little island. Not too long ago my girlfriend and I found ourselves hungry for brunch in Midtown, but as New Yorkers we usually steer away from the Times Square tourist crowds and refuse to eat anywhere east of 9th Avenue.

We had lobster on the brain and wanted to try something new, so we visited Burger and Lobster at their Bryant Park location. It was a darn good choice and we really liked the place. 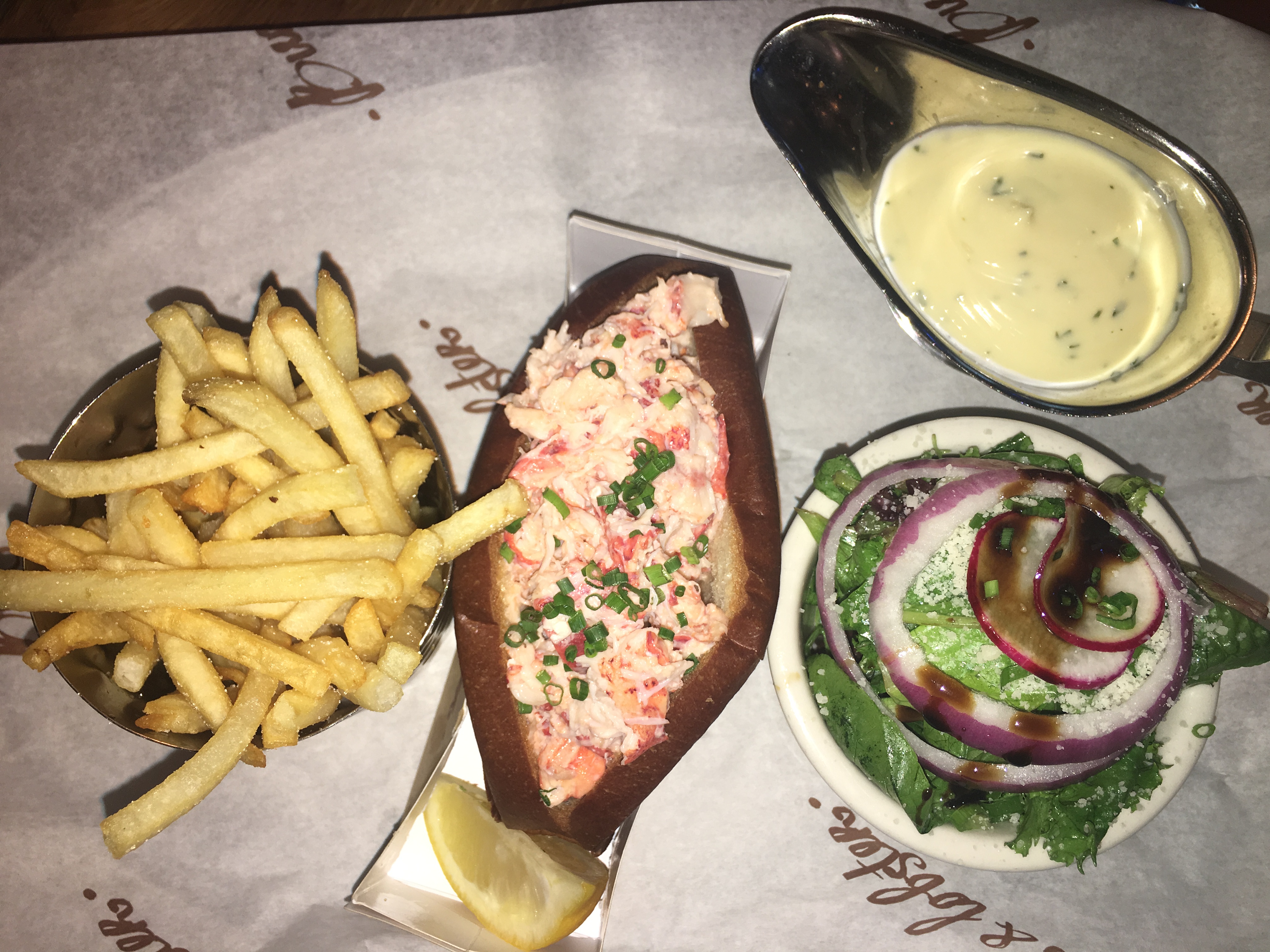 The restaurant is rather large and does well with its decor, with lobster traps lining its walls and other seafaring paraphernalia adding to the New England-esque feel. Being right next door to the famous Stephen Sondheim Theatre and minutes away from the rest of the Broadway scene, they get a lot of pre and post show dinner guests and they can handle the crowd, as evidence when we entered for a Saturday brunch. The place was packed, but we were seated immediately and our host gave us the rundown on the place since we were B&L newbies. 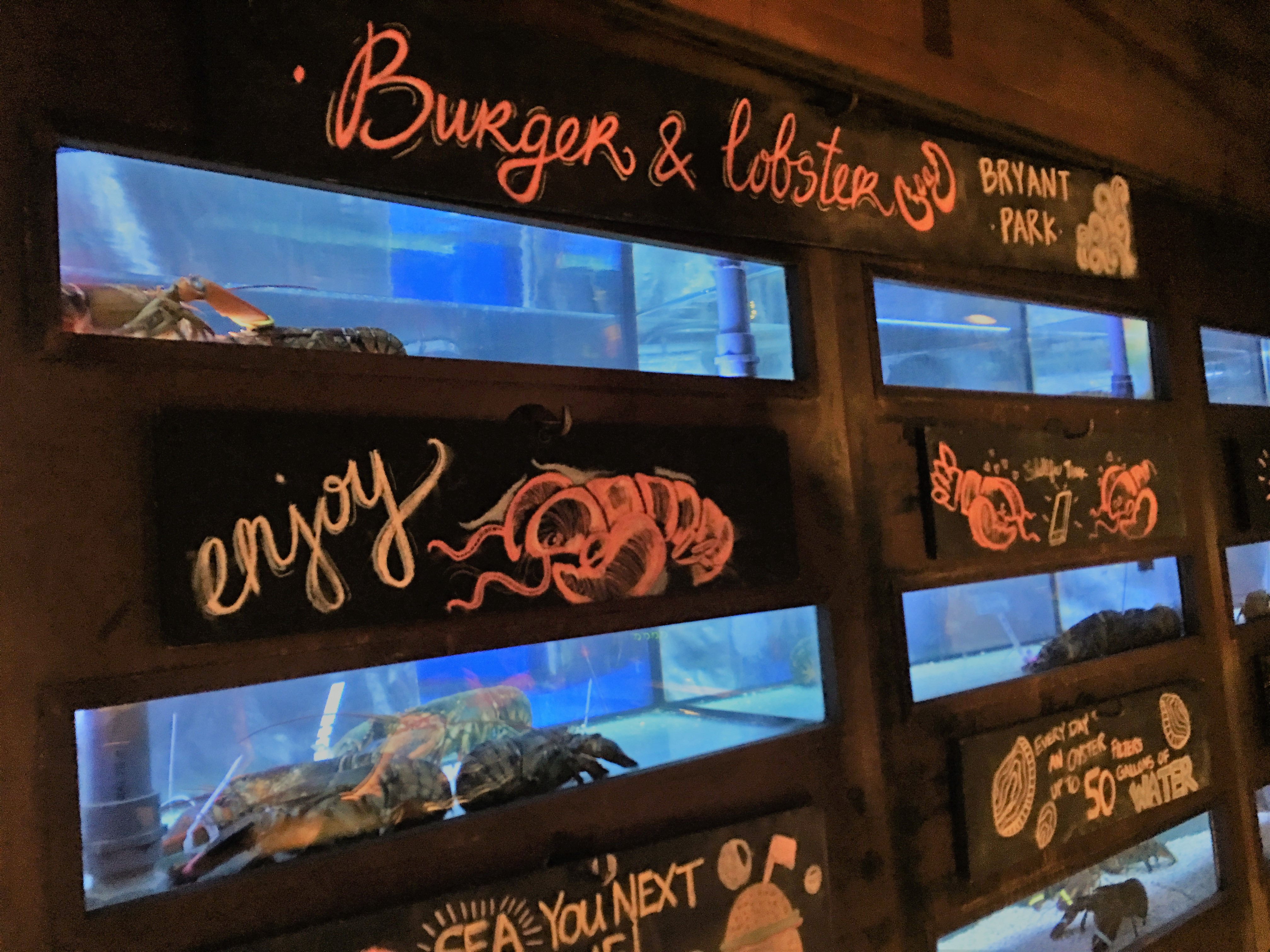 Burger and Lobster began in 2011 with four schoolmates on a rooftop in London. They came up with the idea to set up a restaurant where the focus was perfecting the craft of just one or two main ingredients. In a small Irish pub in Mayfair the first Burger and Lobster was born, and now they have 18 restaurants worldwide, stretching from New York to Bangkok. 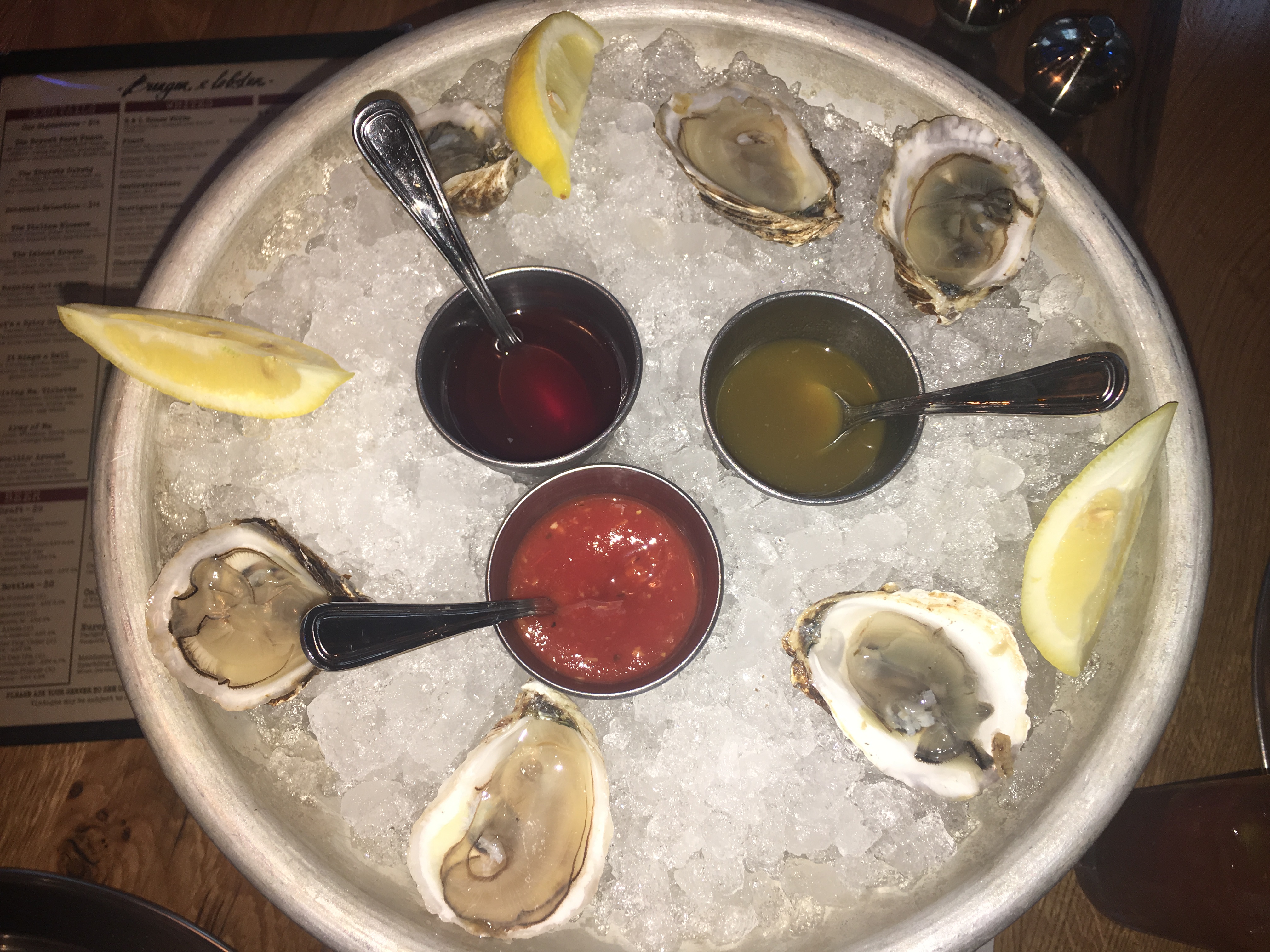 To start out with we ordered two cocktails from their creative cocktail list. I chose The Bryant Park, made with El Dorado 3-year rum, Lunazul, Tequila, Giffard crème de Peche, pineapple, cranberry and lemon juices with fresh mint, and my sweetheart decided on The Beautiful, with Dorothy Parker gin, dry vermouth, Giffard Blue Curacao, and fresh lemon and cranberry juices. Both were excellent. 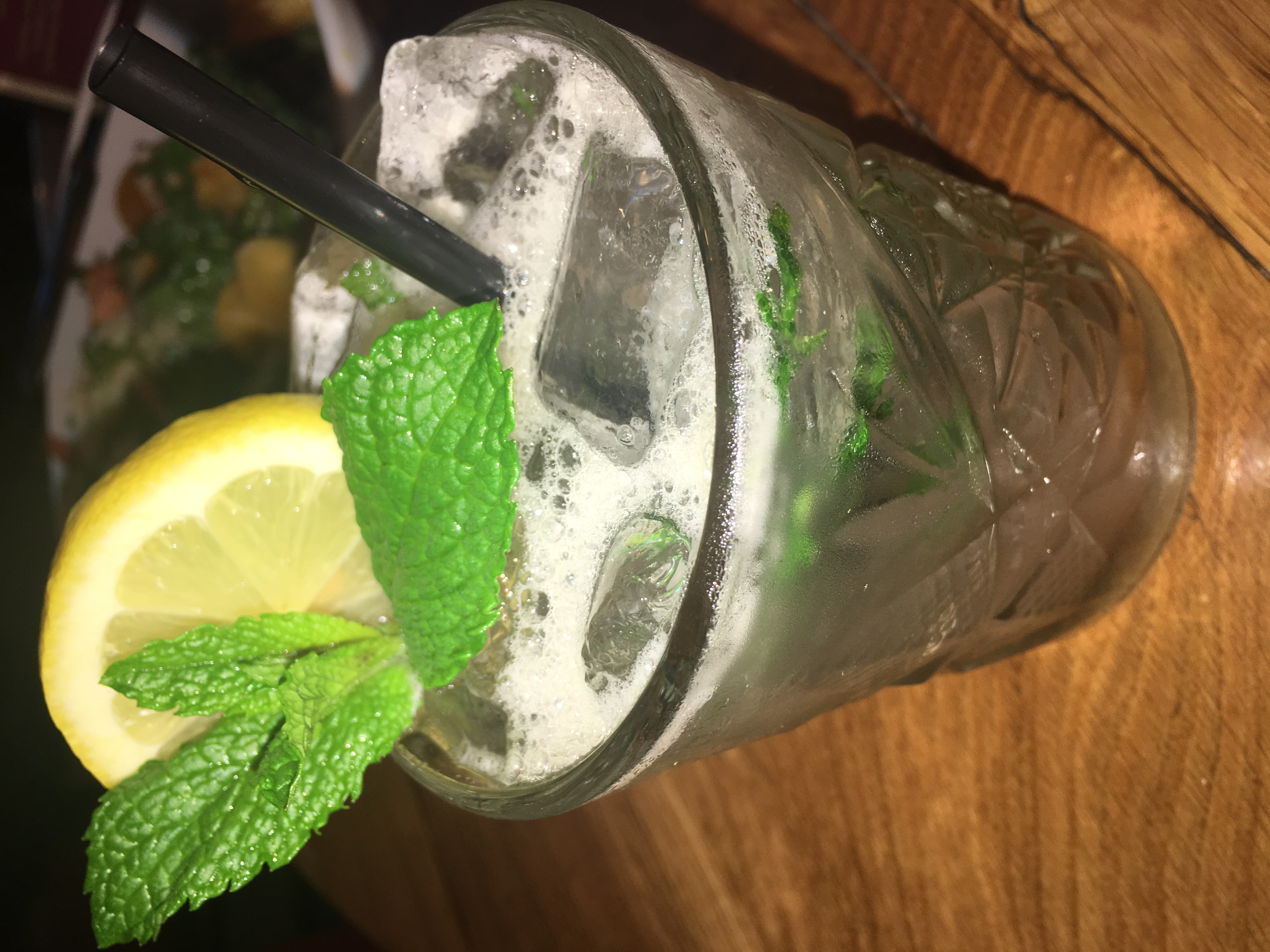 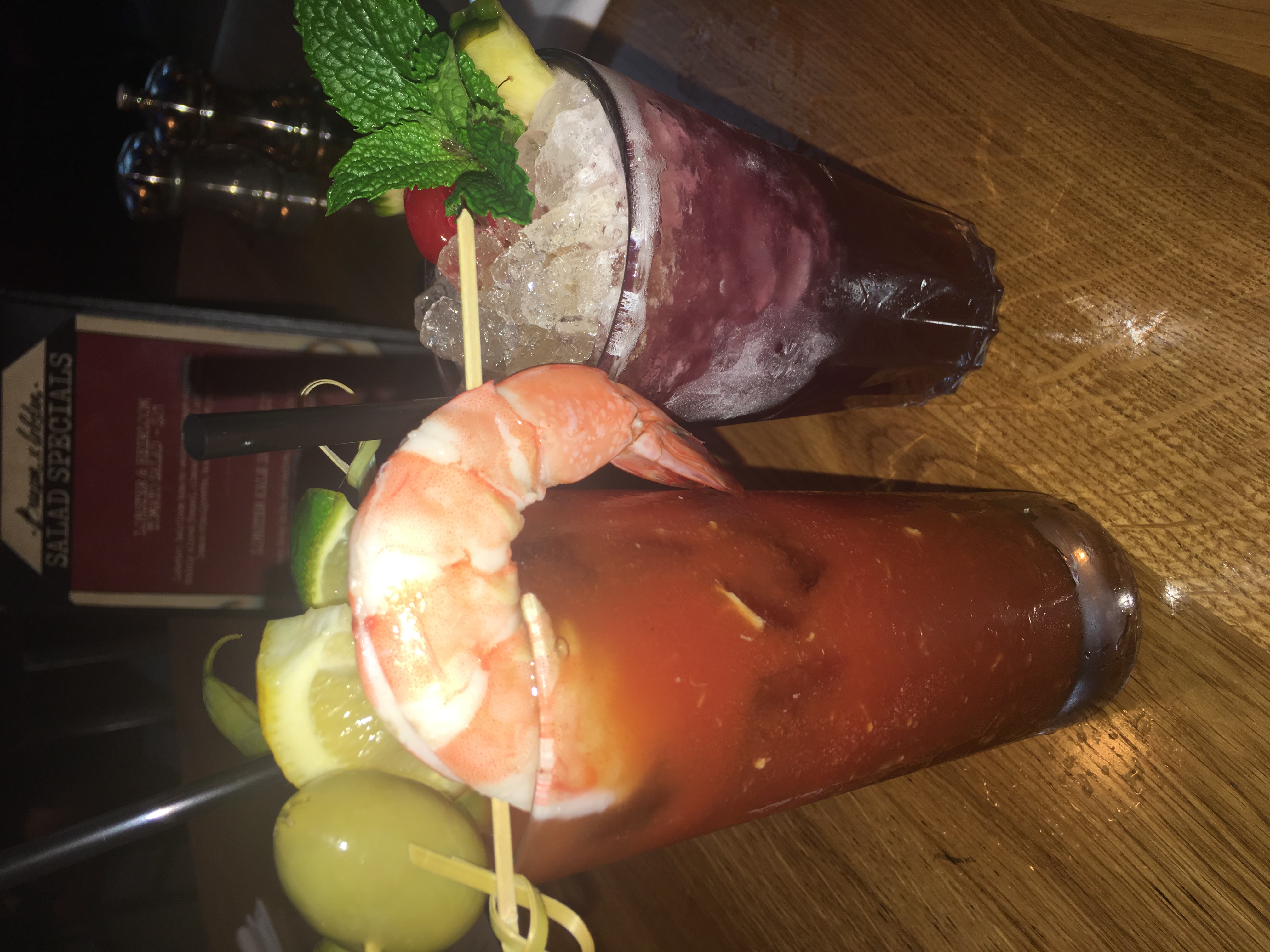 We followed them with small plates of Burger Bites, Lobster Bites, and a half dozen West Coast oysters.  We really enjoyed the lobster bites and could have kept eating them all day, but the the burger bites were equally delicious. They paired very well together. The oysters were large and fresh and went great with the two next cocktails we ordered, the bourbon-based Thursty Dursty and the rum-based The Teacher’s Pet. 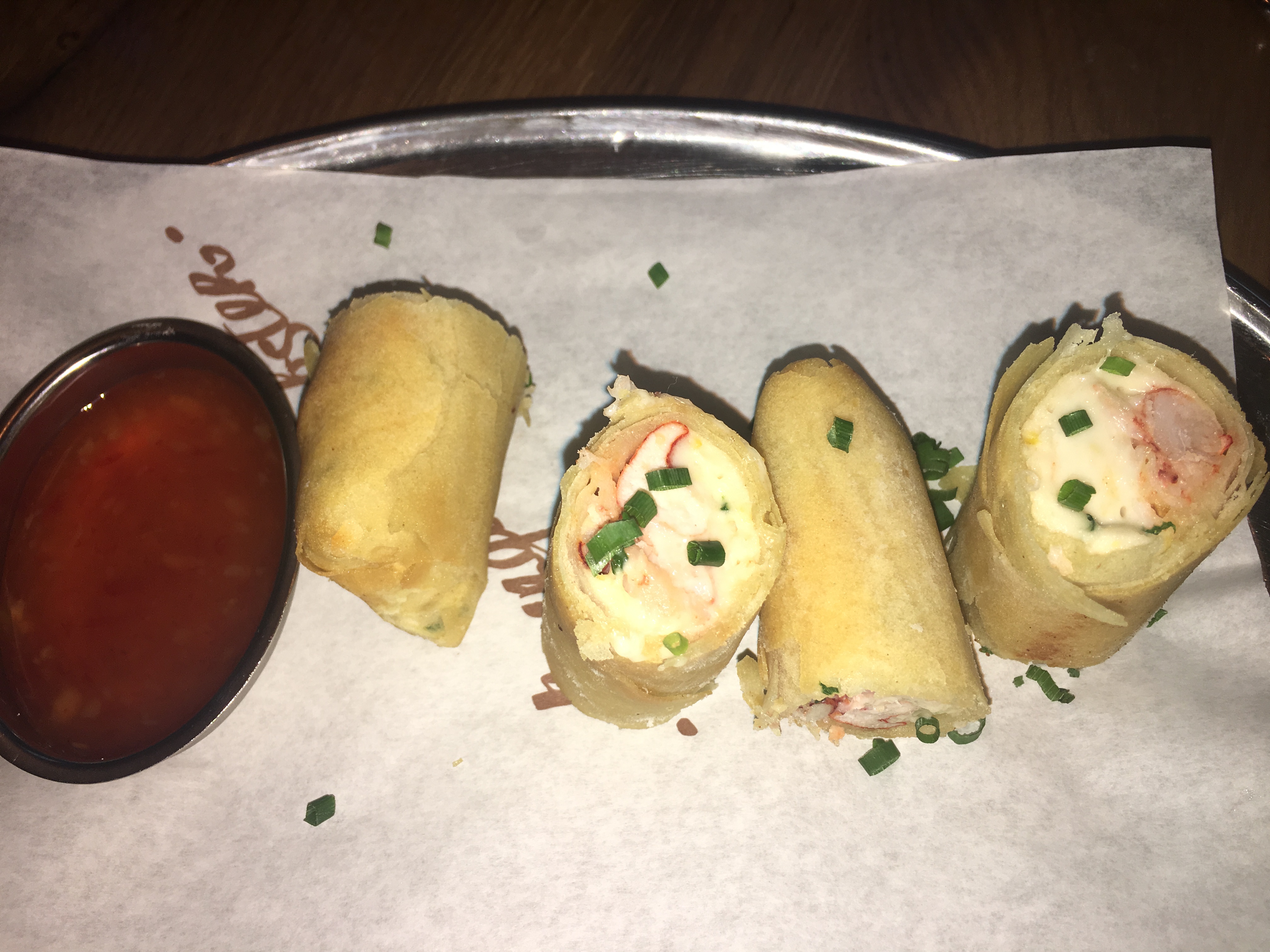 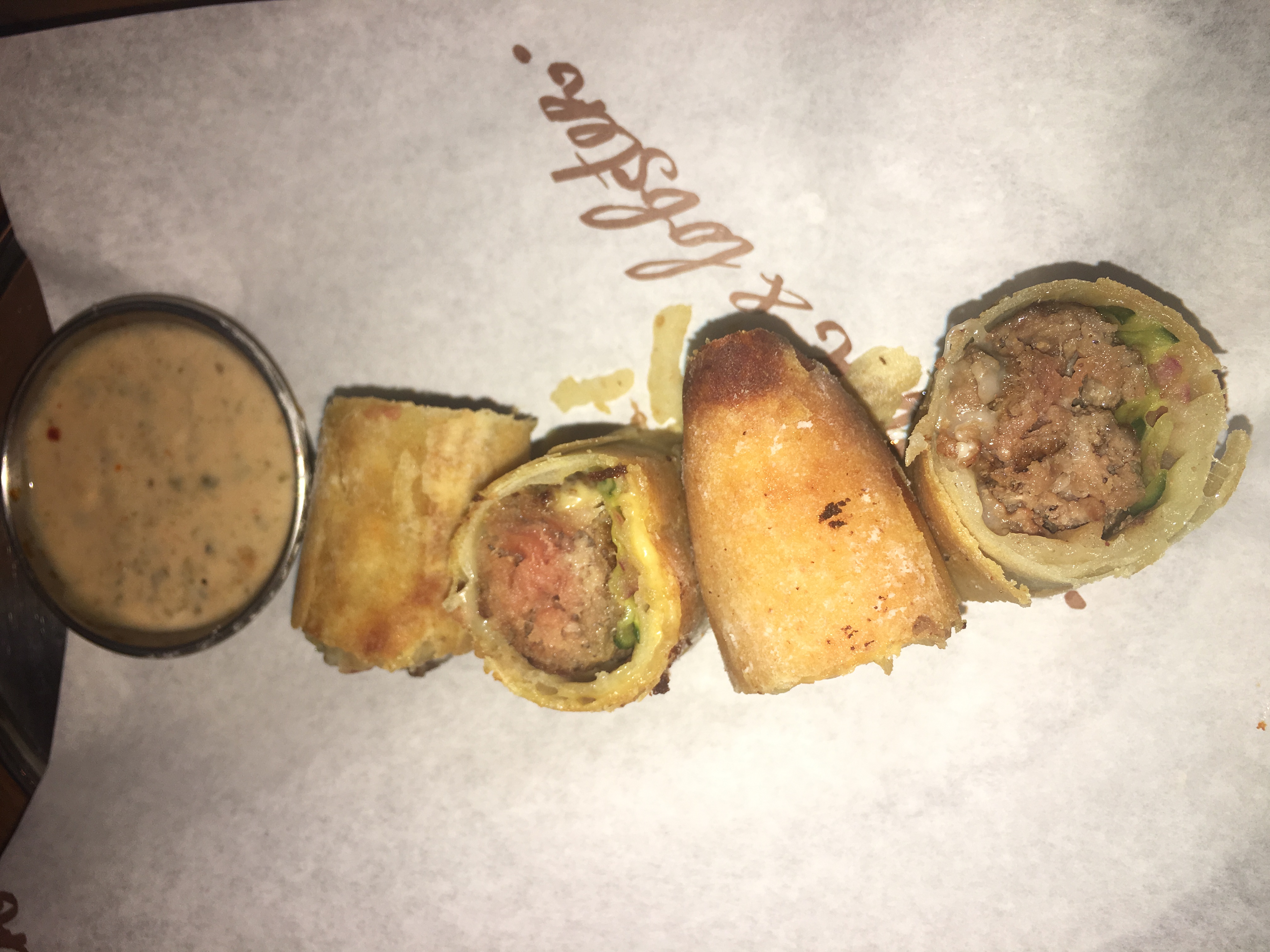 After a brief break to digest and imbibe our host Walter returned to give us his recommendations for Brunch. He said the Lobster Mediterranean Salad was well worth a try and that the Lobster Benedict was a customer favorite. We took his suggestions and ordered both and were glad we did. The Mediterranean Salad, with lobster, cucumber, grape tomato, and red onion marinated with olive oil and lemon juice, was exactly what I was looking for, light but hearty with everything fresh. And the lobster, oh the lobster! It was DELICIOUS! I’m not a big Benedict fan but my girlfriend really liked the Lobster Benedict. Said it was one of the best she’s ever had. 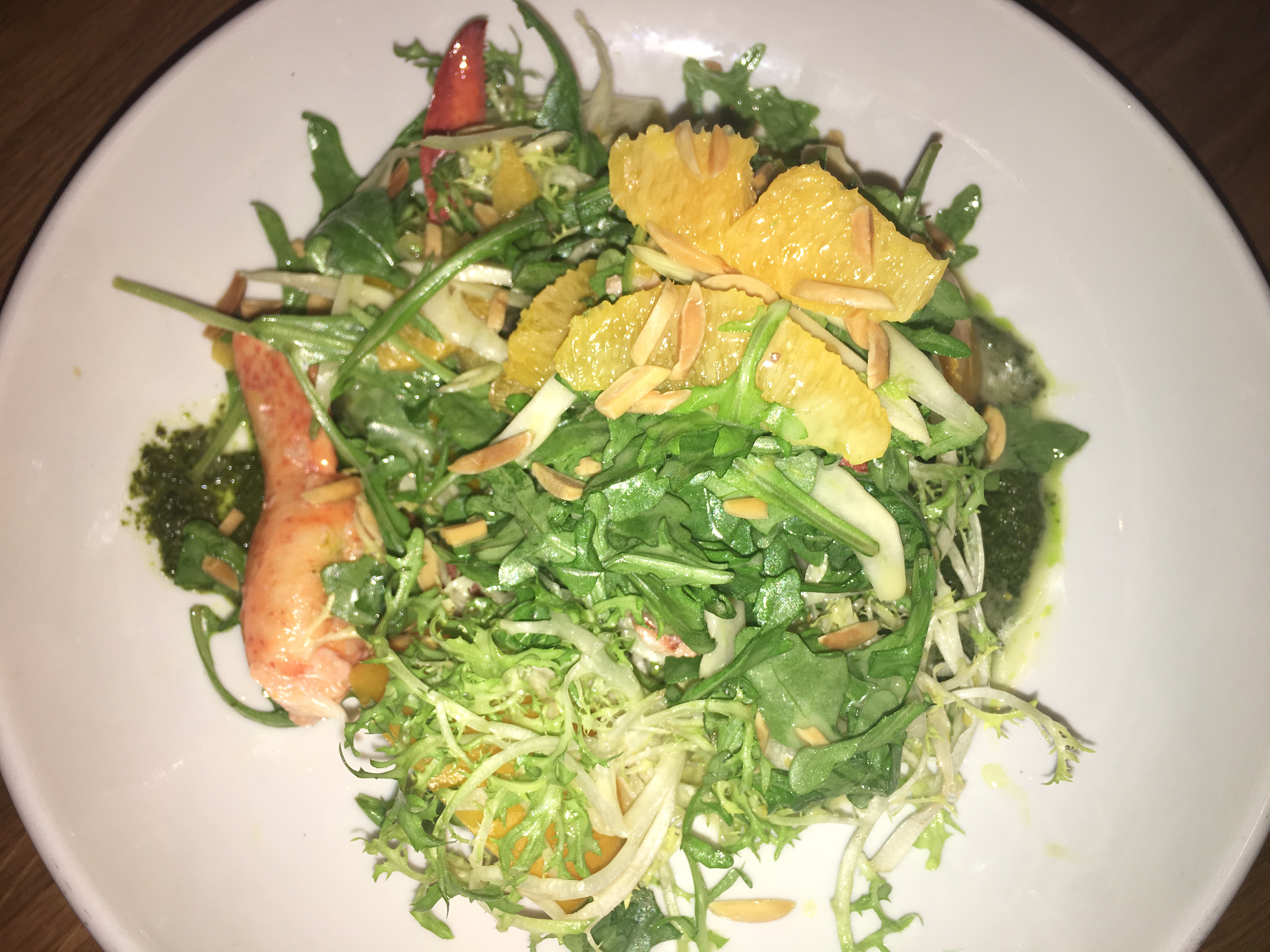 The food was all excellent and the price was more than reasonable. They have several brunch options, one being a terrific Brunch Combo for Four, any four entrees and cocktails for only $100. In NYC, or anywhere for that matter, that’s hard to beat. They also offer a Build Your Own Bloody Mary option, which we’ll likely be going back to soon to check out.

Next time you’ve got a craving for a burger or lobster and wanna try something new, we highly recommend visiting Burger and Lobster with locations in Bryant Park and Chelsea.  You won’t be disappointed. Make sure you ask for Walter, as he was an excellent host!