A Risqué Evening at the Slipper Room with Sex, Aerial & Rock ‘n’ Roll 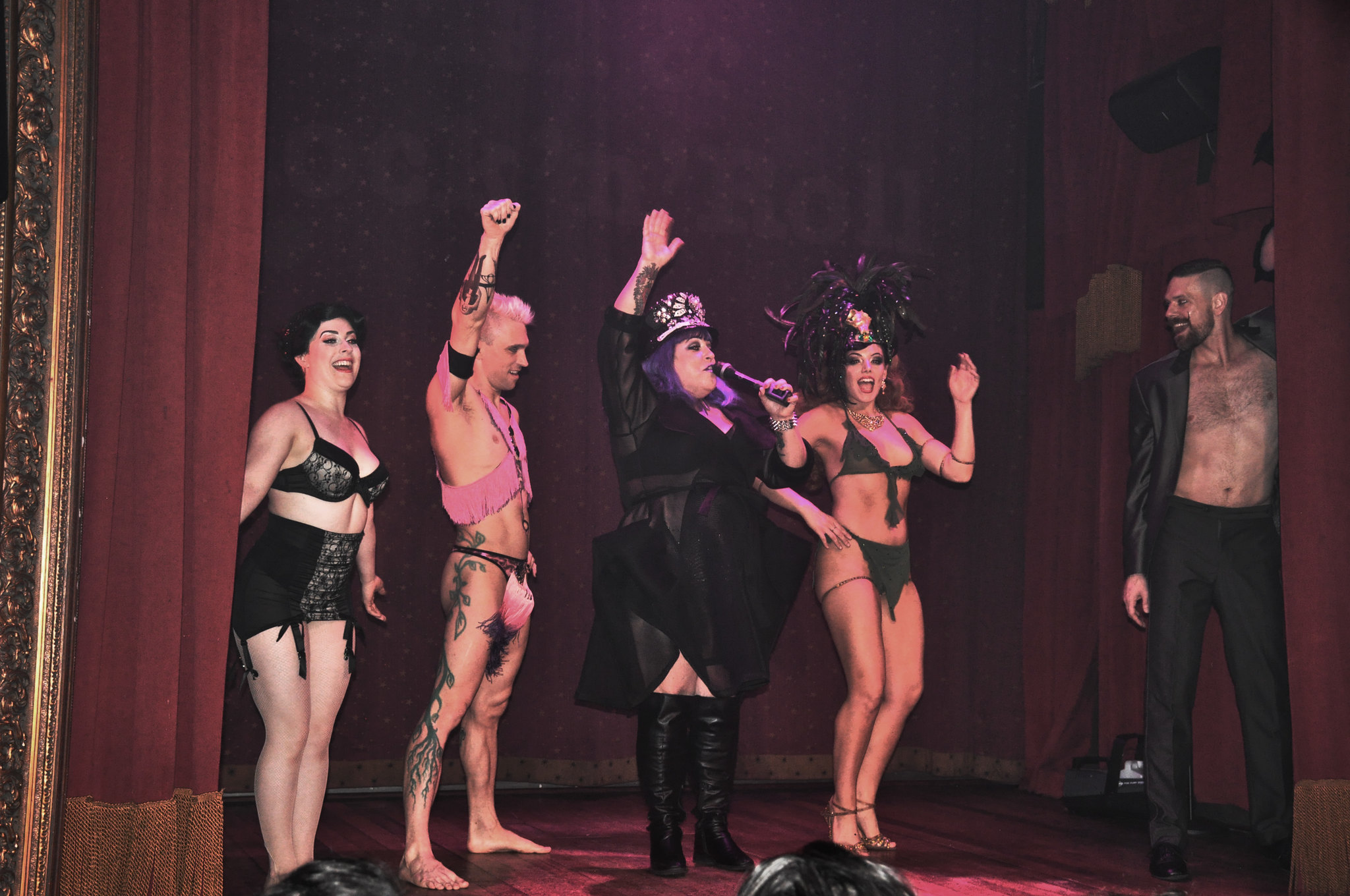 The phrase “Sex & Drugs & Rock & Roll” was popularized well before I was born, but I’d have to be living under a rock not recognize the significance of these four words. Take away the Drugs, add in Aerial, and you’ve got yourself Sex, Aerial & Rock ‘n’ Roll, one of heck of a show that pays homage to this genre of music. The scandalous and well-produced show can now be seen at the The Slipper Room in the Lower East Side. 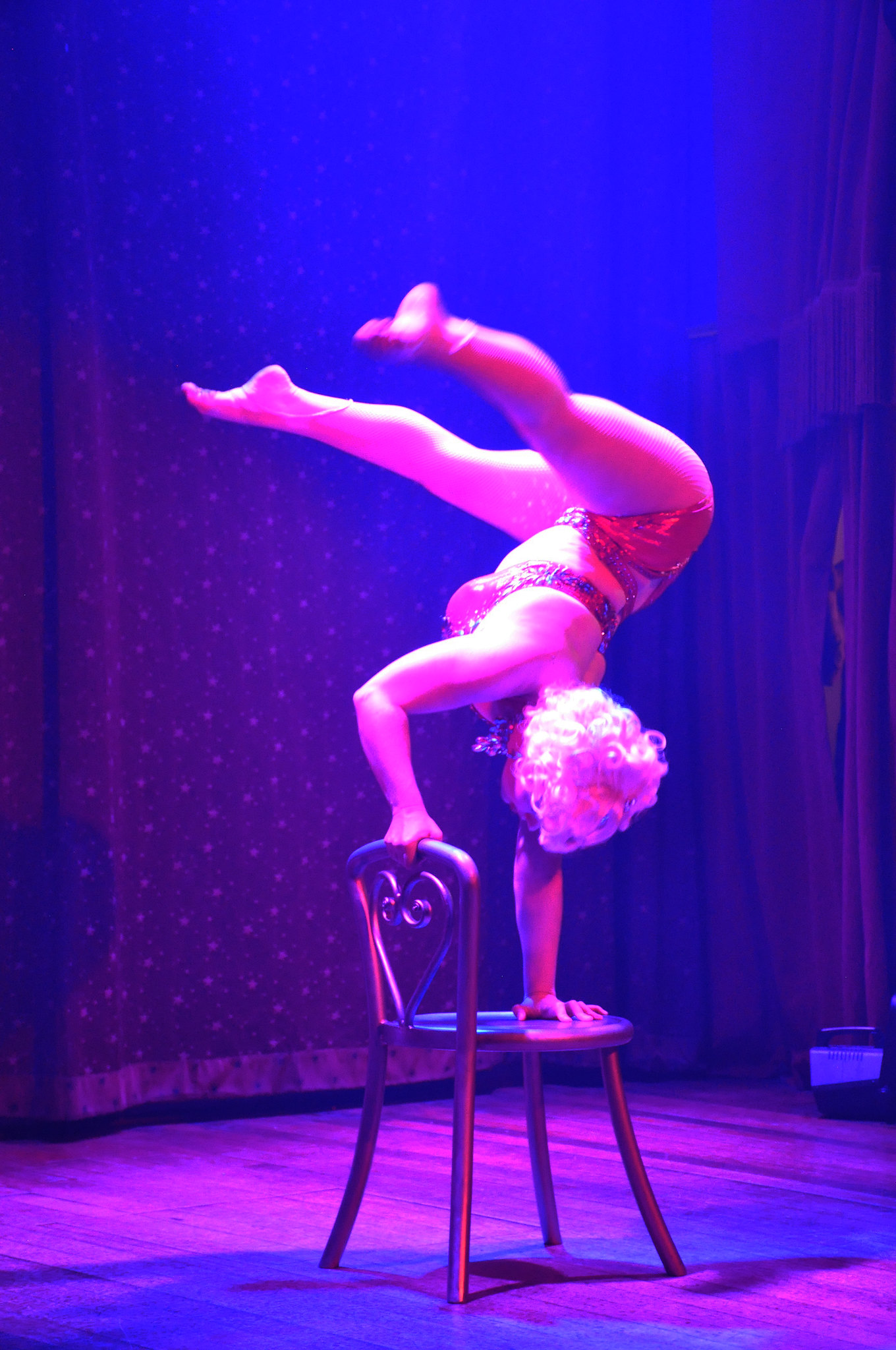 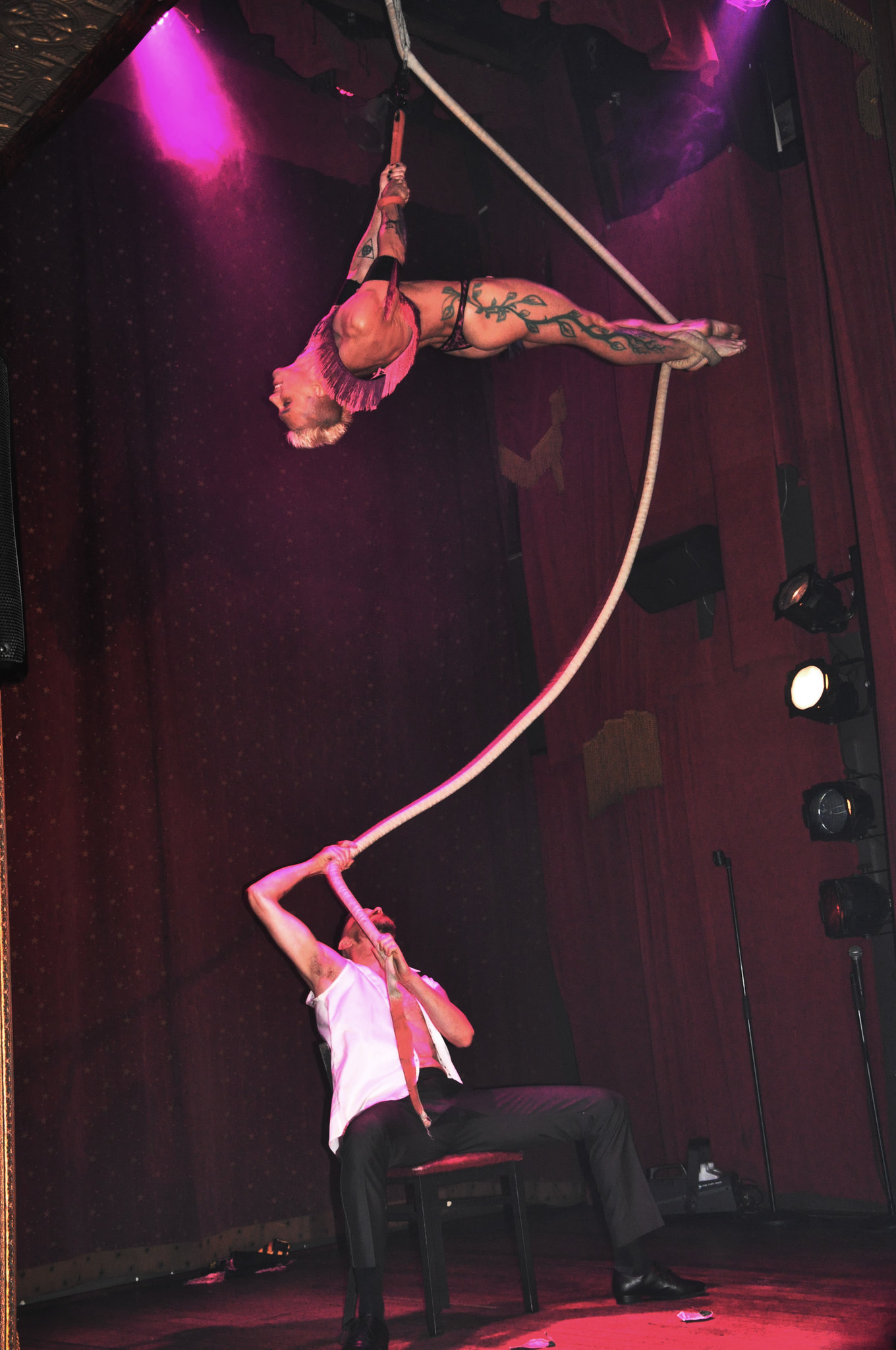 The Lower East Side is known to be gritty, yet trendy, which mirrors the performances of Sex, Aerial & Rock ‘n’ Roll. Produced by Kristin Olness and Brian Rardin, Sex, Aerial & Rock ‘n’ Roll spotlights New York City’s best aerialists, circus and burlesque performers in an intimate setting. Each act has a unique narrative all set to the top classic rock ‘n’ roll tunes. 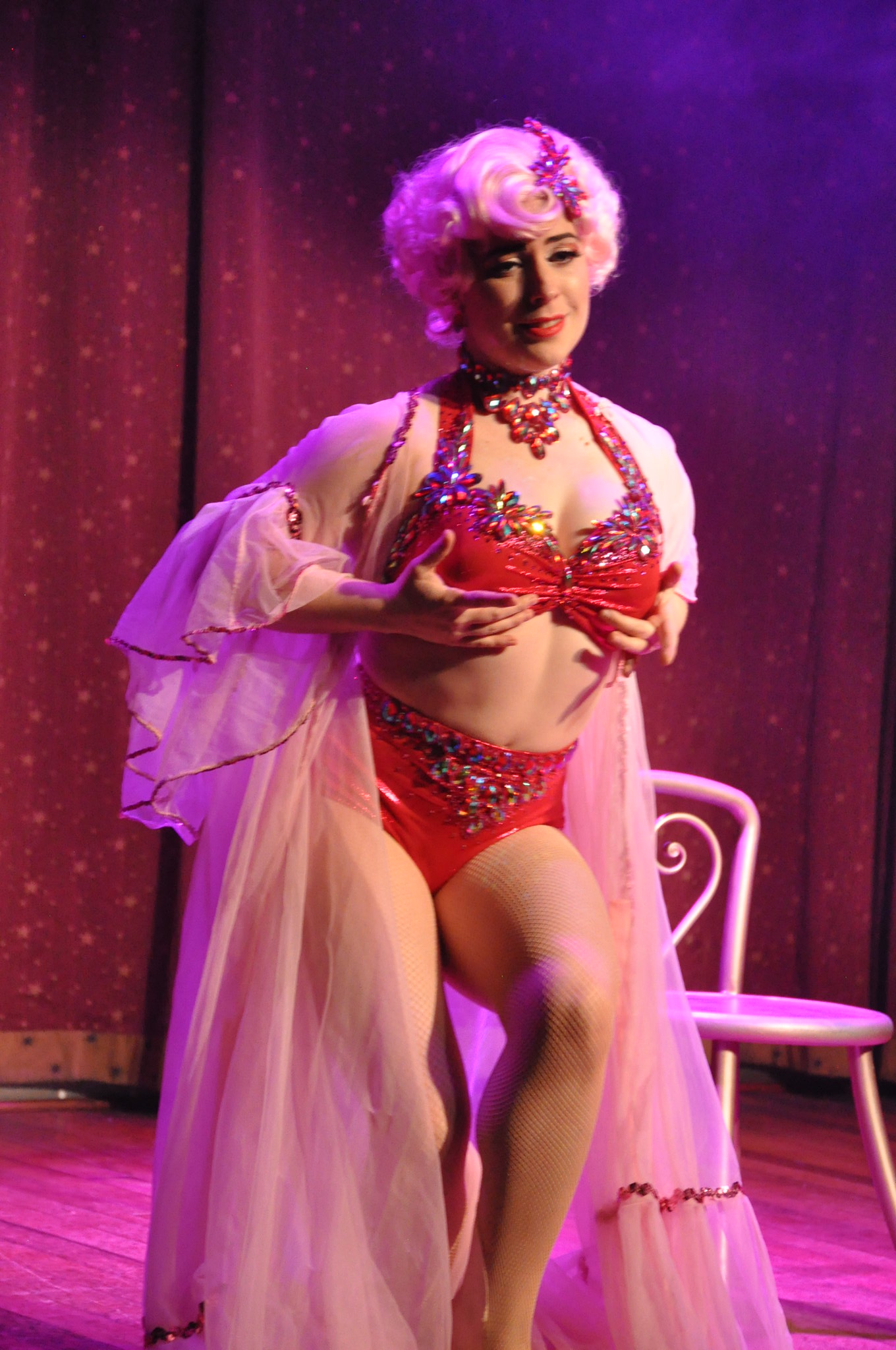 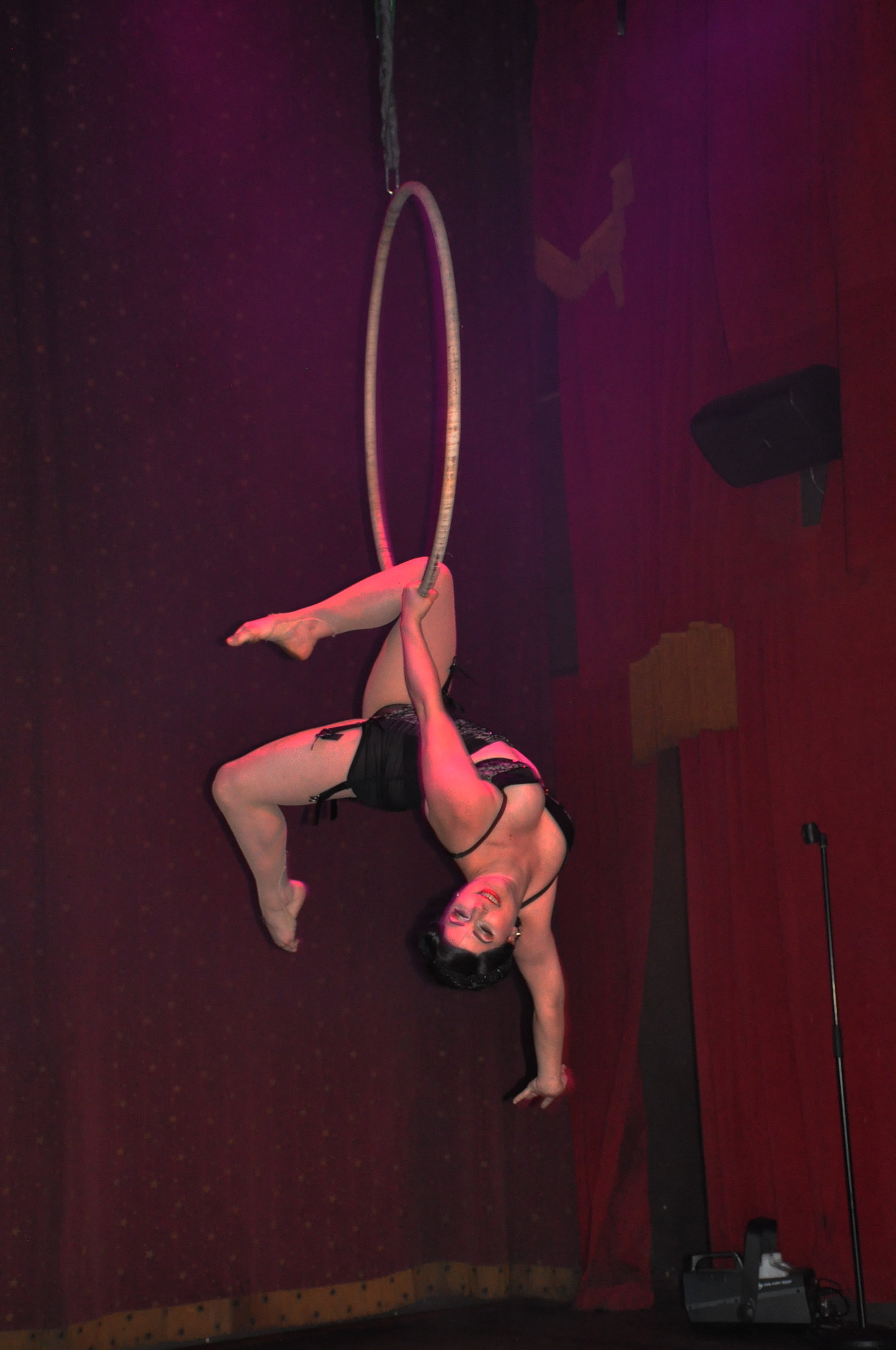 Don’t expect mundane routines throughout the show. A blend of danger, sex and comedy keep the audience fully engaged. The over-the-top Shelly Watson was the MC for the show I attended and she had the personality of Alex Borstein (Marvelous Mrs. Maisel) and the pipes of Joan Jett. She kept the show on track with raunchy humor, classic rock ballads and a few purposeful nip slips. 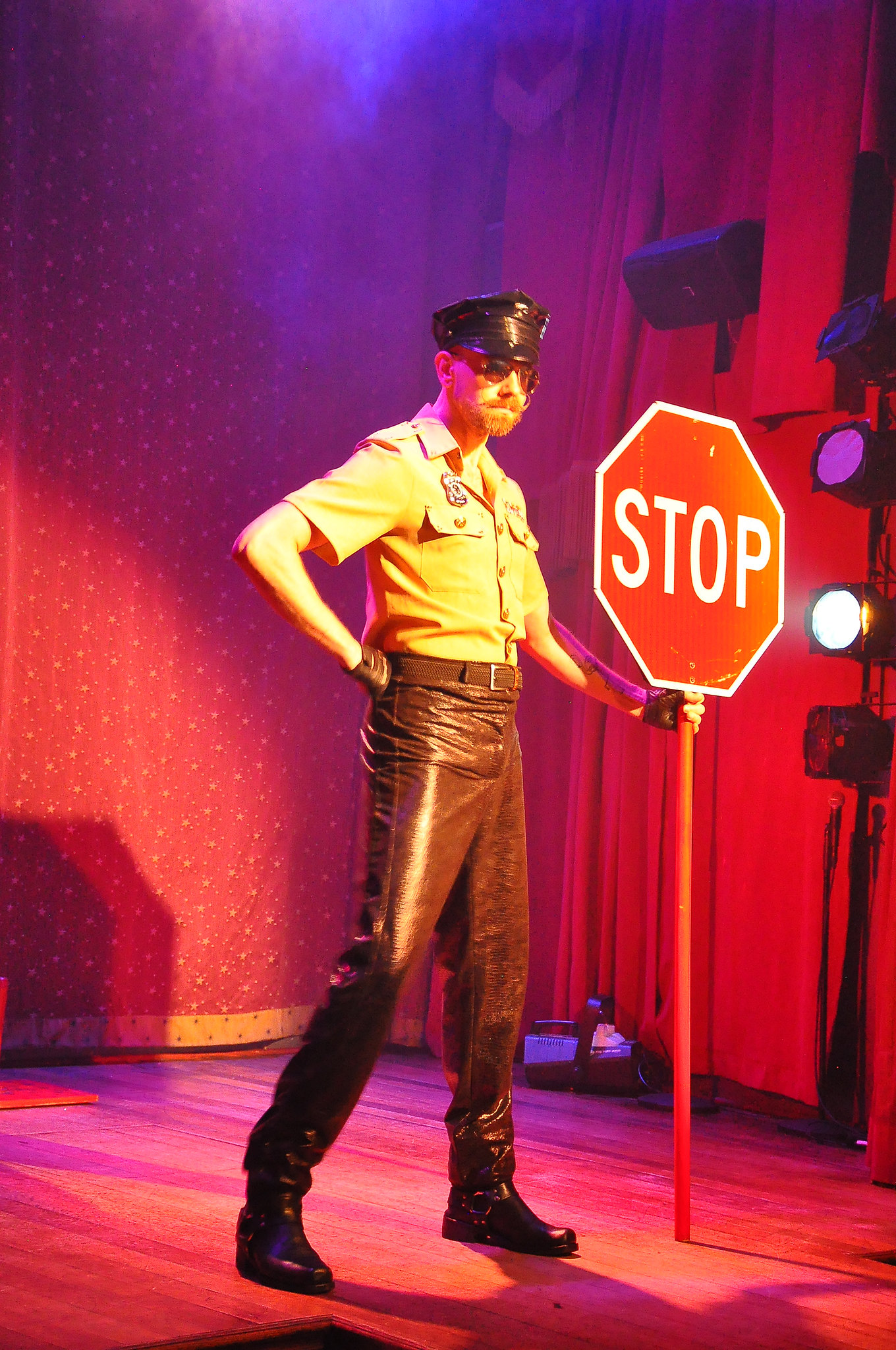 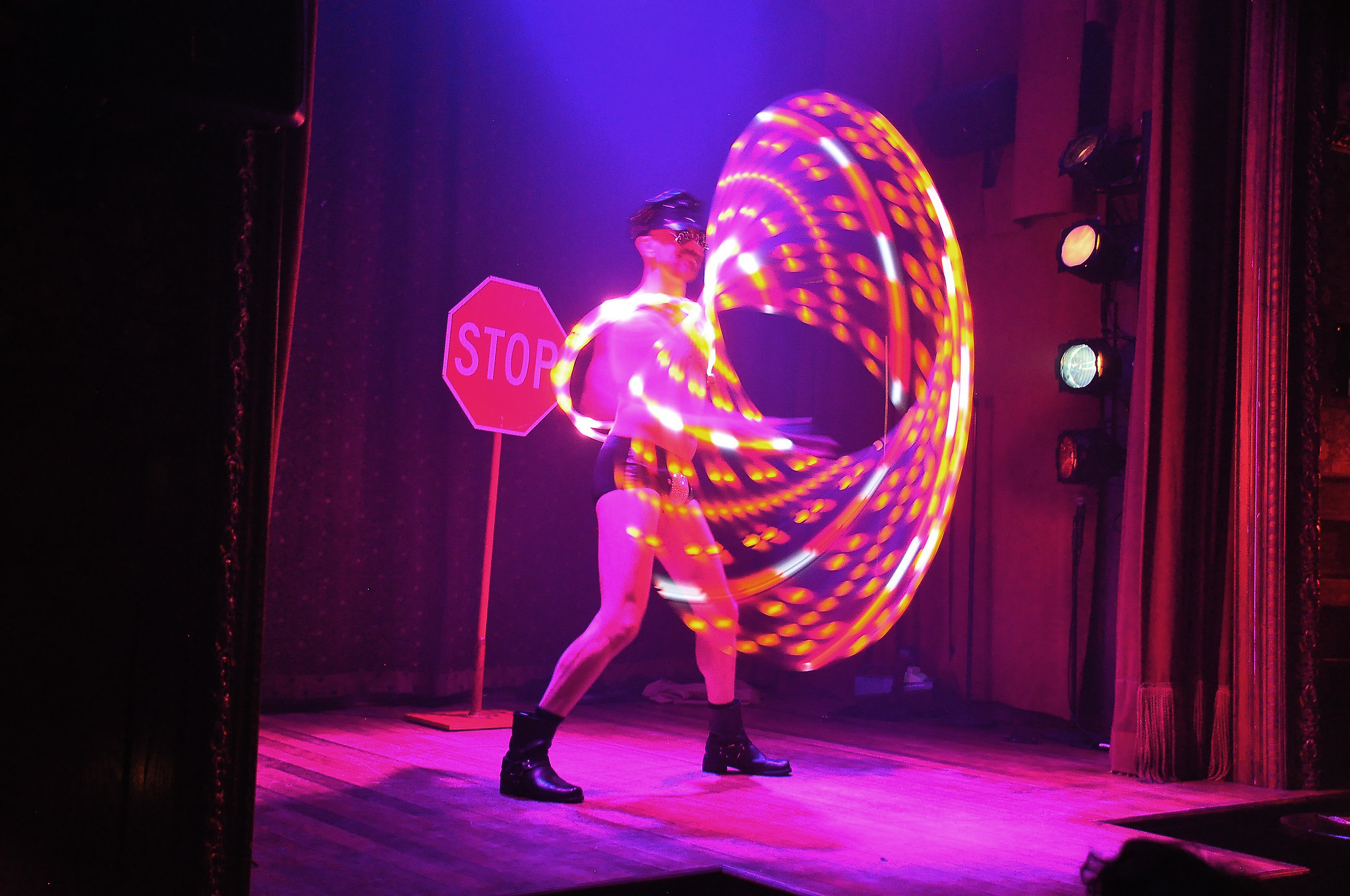 For the remaining shows Broadway Brassy will be the host and bring her 10 years of entertainment to Sex, Aerial & Rock ‘n’ Roll. The acts that you can catch on October 25, November 29 and December 27 for an affordable $20 a ticket ($25 at door) include:

Ellie Steingraeber: Be prepared for an alluring aerial, contortion and hula hooping act that will have you questioning why you can’t even touch your toes without pulling a muscle.

Jason Mejias: As a successful Circus, Cabaret and Variety performer, Jason is someone that proves running away and joining the circus is not a bad thing.

Gigi Bon Bon: Gigi is a wild red head that has more fun. She is the reigning Miss Coney Island 2018 and a star burlesque performer that uses her dance and comedy skills to keep the audience wanting more.

Chris Harder: You’ll want to “GoGo” see Chris Gogo. Chris is a burlesque performer that thrusts sexiness to the forefront of his acts. The combination of heat, silliness and raw talent will make it even “harder” to look away. 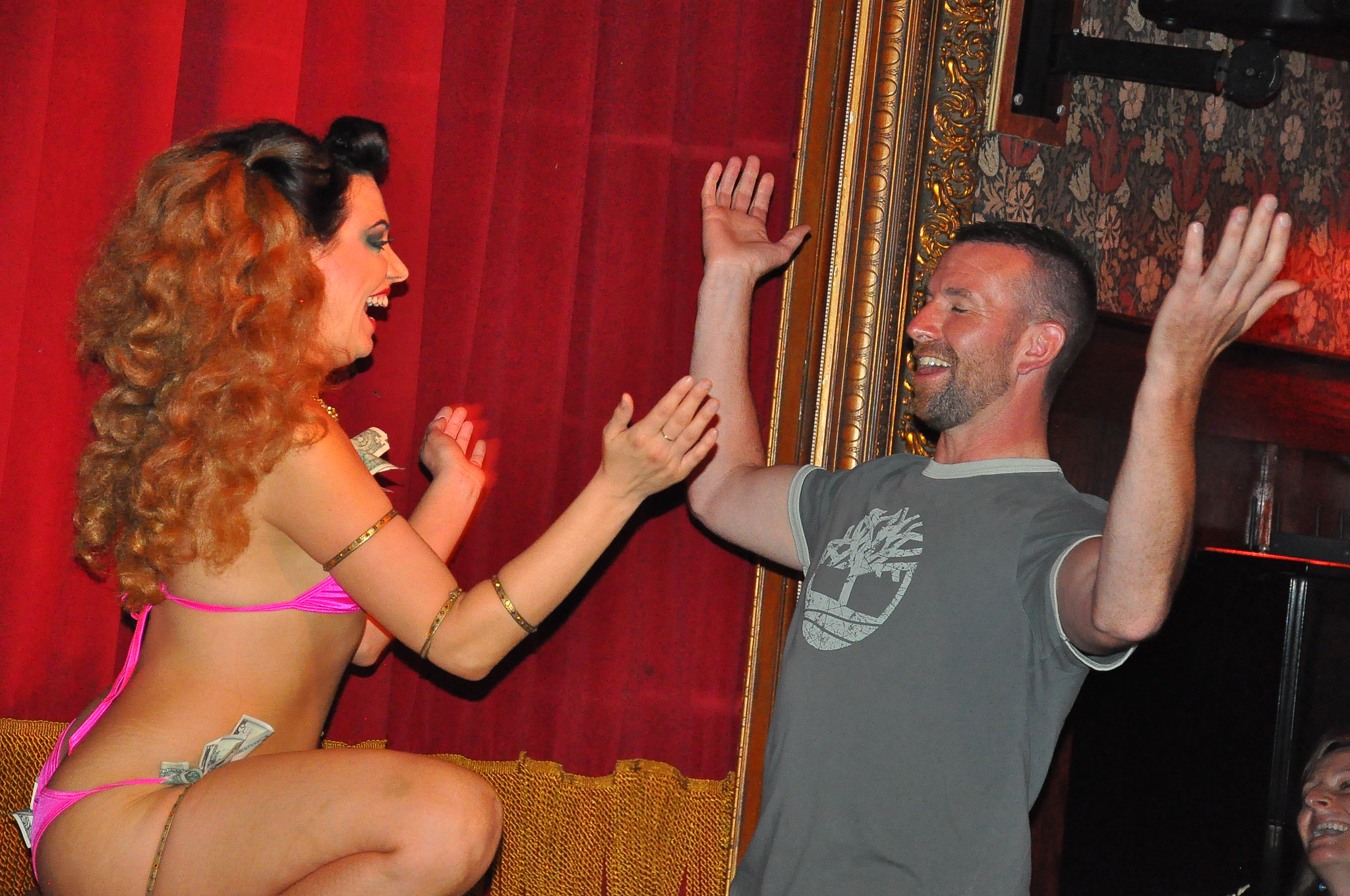 Photos via The Slipper Room and by Socially Superlative