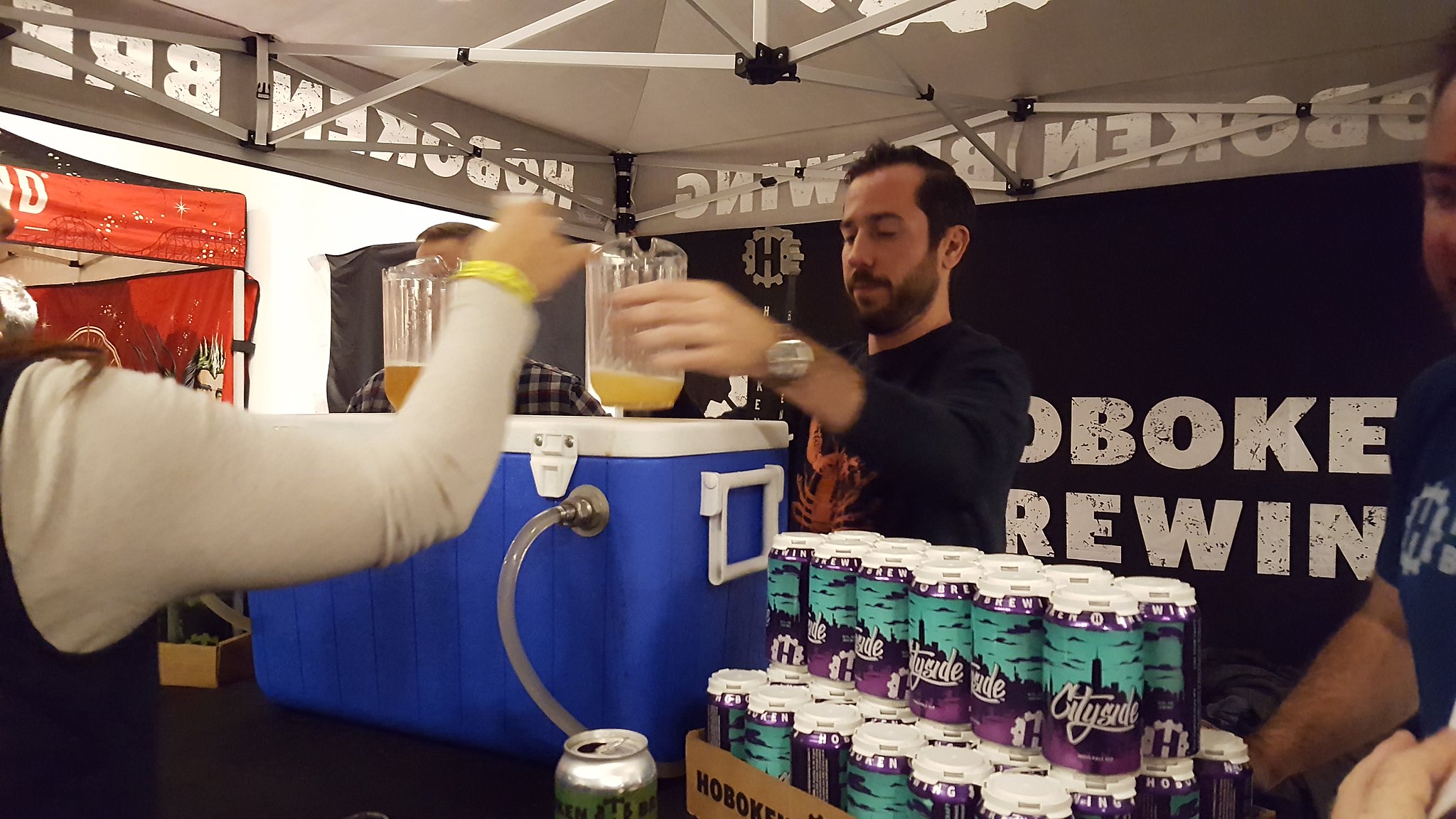 The VIP session had its own day on Friday evening with a silent disco event. This season was also particularly special because it was the 20th festival. That is a feat – congratulations to the organizers! 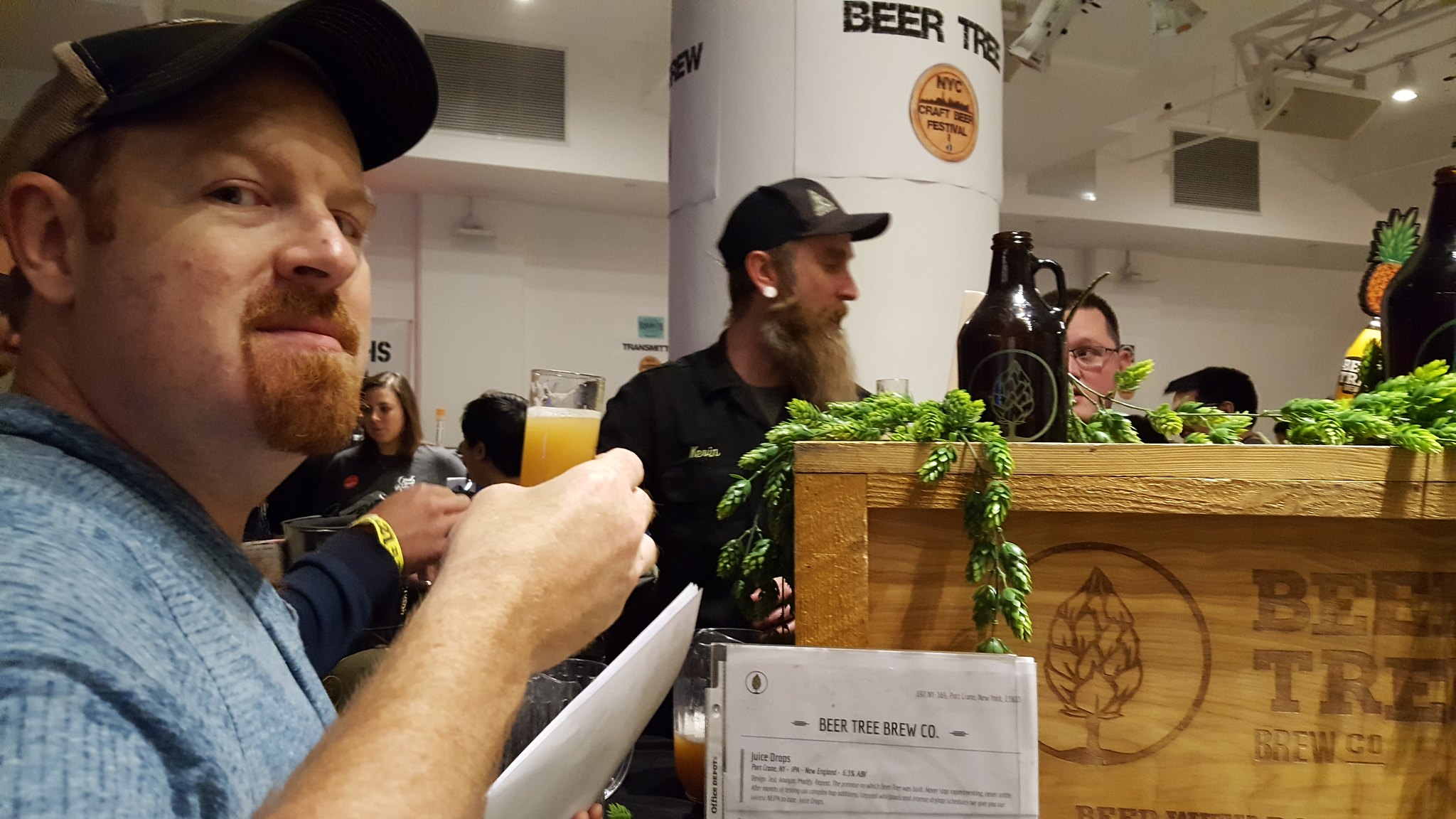 As we stepped in we realized that most of the beers we had planned for was not at the event, and we were reminded to not trust the beer list, it always changes. Still there were plenty of great and good beer to go around, and no one leaves the event disappointed.

Some of our favorite beers Friday evening I are outlined below. Take a read!

Our favorite of the evening was the brand-new Double IPA from Five Borough Brewing Company, so new that it is not even listed on their website. You can look forward to its release.

Others, that took our attention were the Pineapple Creamsicle IPA from Beer Tree Brew Company at a 7% ABV. If you want something different and sweet, this pineapple flavored IPA was delicious and like drinking a liquid dessert. The rating on Untappd is 4.28. Ratings go from 1 to 5, 5 being the best.

The Mozango IPA from Lagunitas Brewing Company was similar to the Pineapple Creamsicle but with mango. It was a very refreshing mix between bitter hops and sweet mangos. I could sip on this all evening. 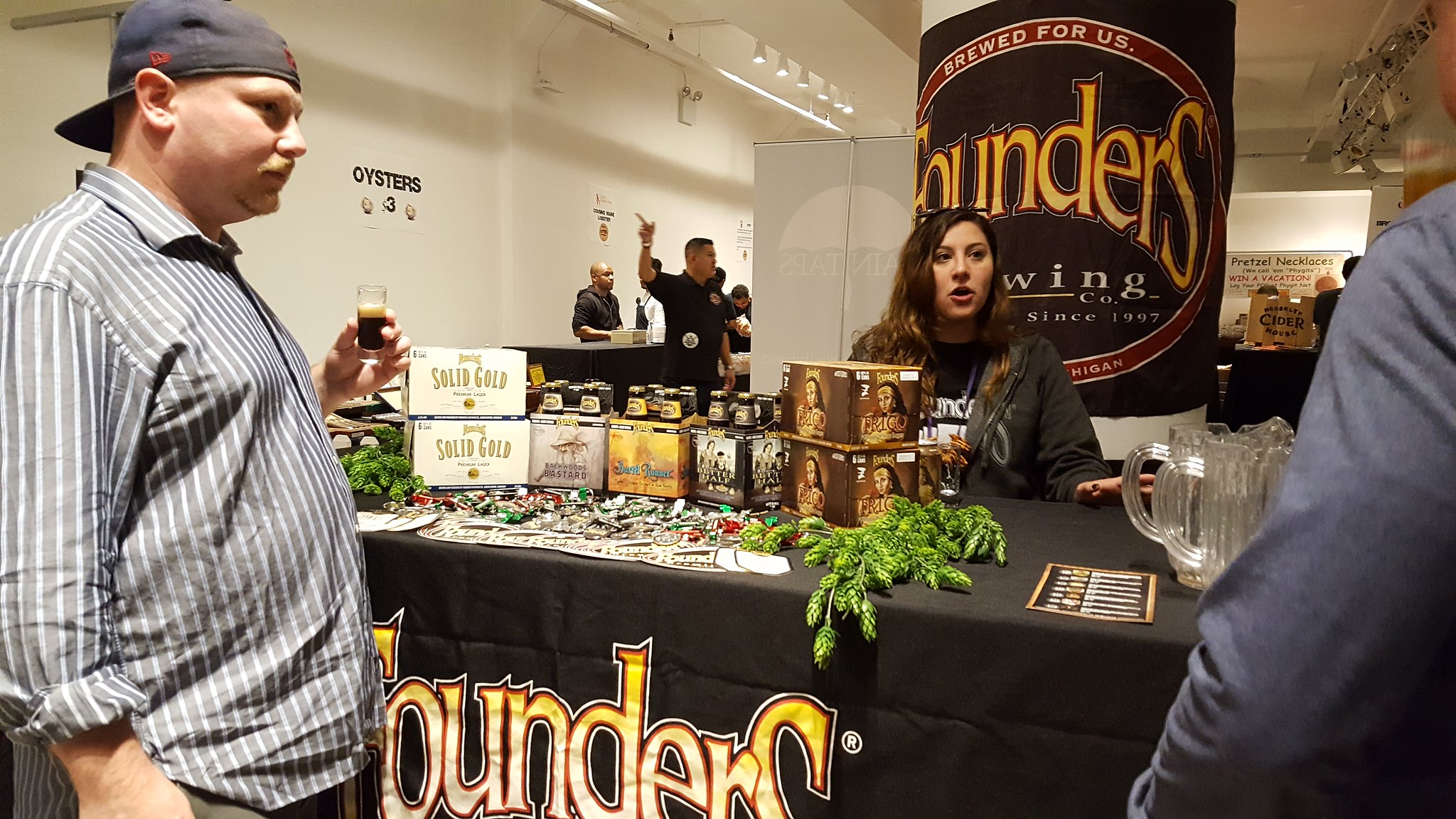 Founders is always a hit. You can’t go wrong The Backwards Bastard Scotch Ale so if you are into Ales and darker beers this was a great option with a Untapped rating of 4.35 with no less than 8531 reviews. Impressive. But be careful with a 11.1% alcohol content you will be drunk in no time.

I am not a sour person but if I must give readers an honest and comprehensive review, I will still taste what is considered one of the best sours in the world. Tough life, I know… wink wink. The H6 Balaton Cherry Harvest American Wild Ale from the Transmitter Brewing Company in New York showed up with some of their best beers. The H6 has it great reputation due to its very similar taste to lemon. 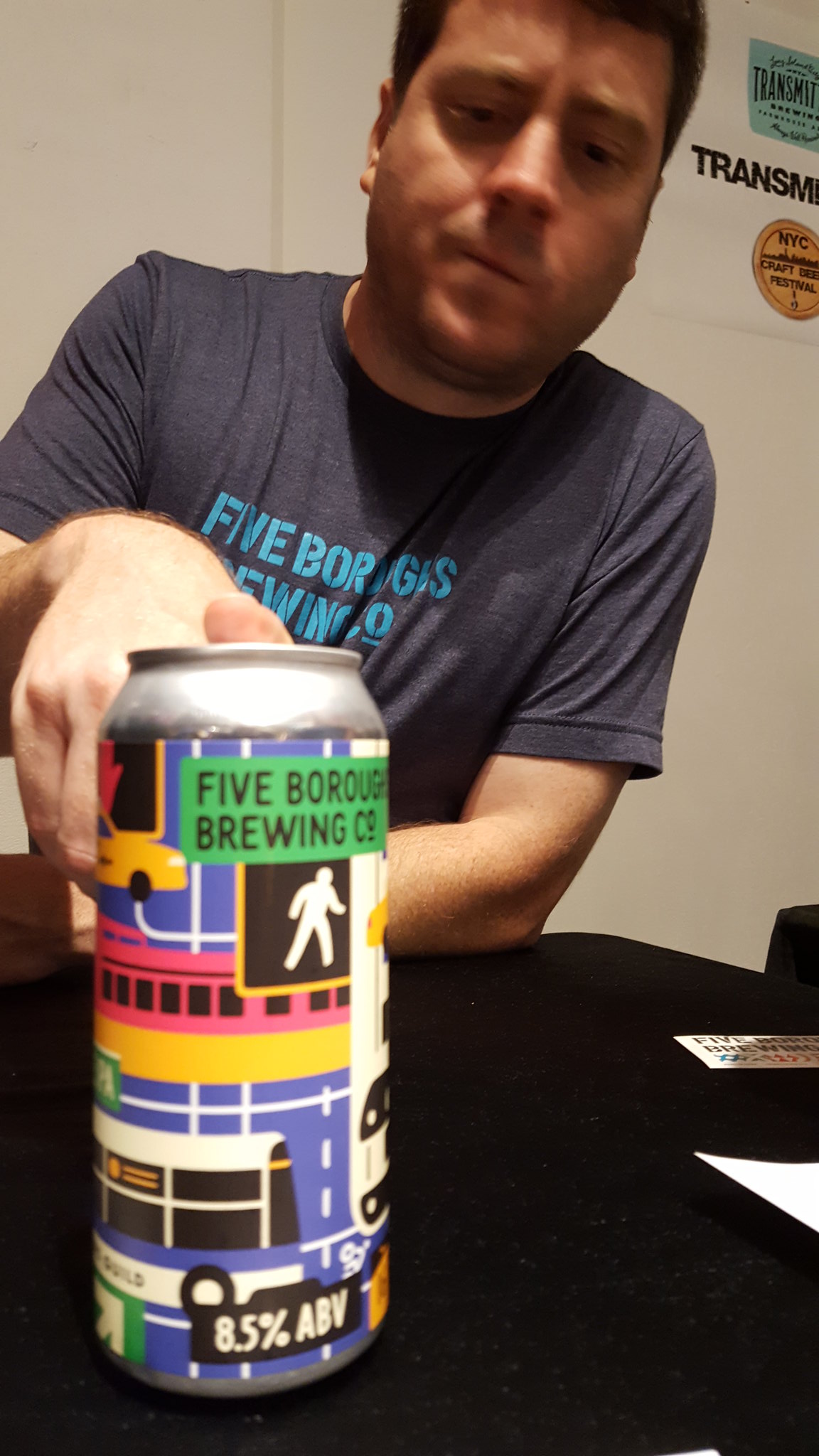 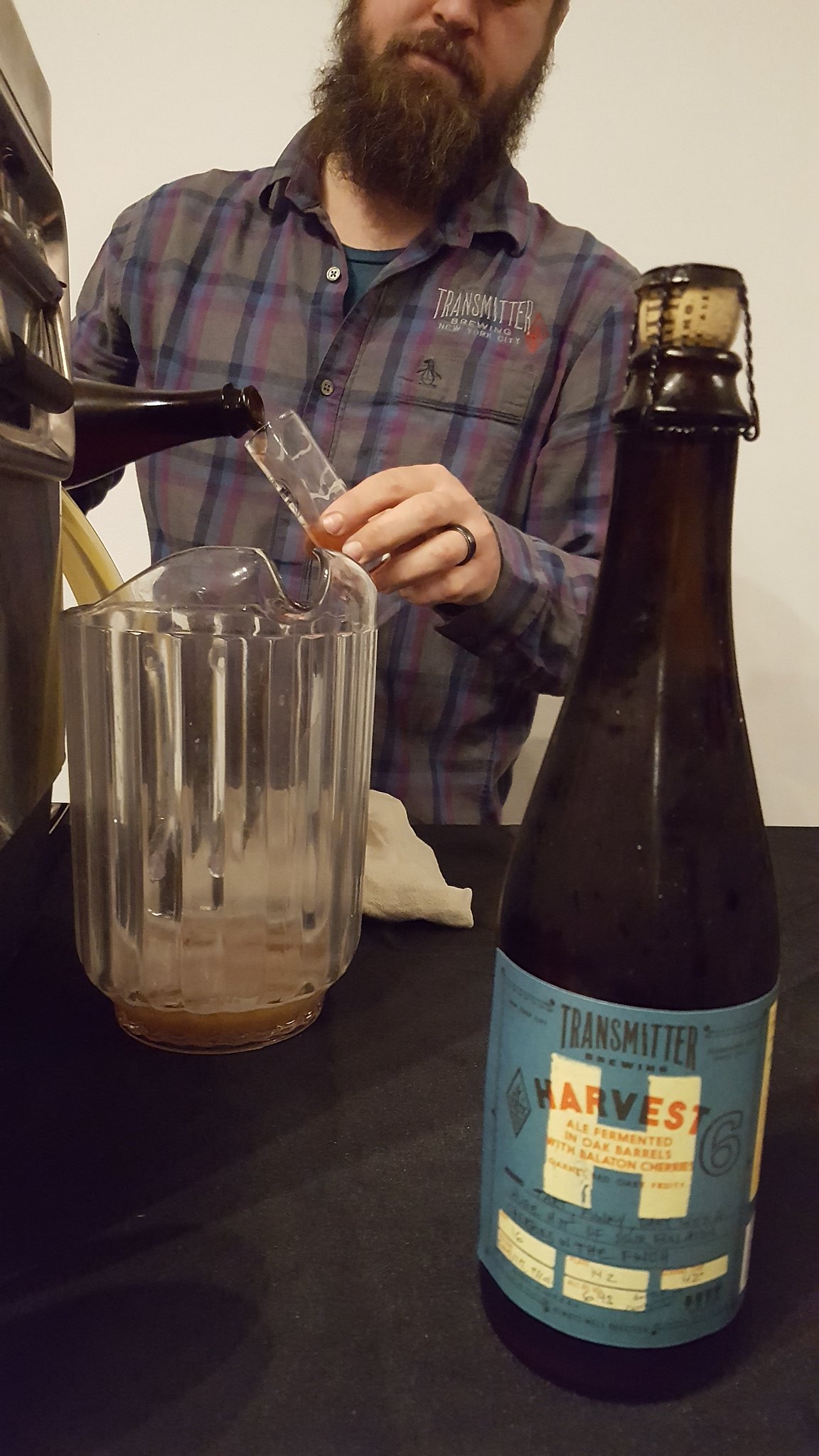 I think my favorite stout of the evening, but don’t quote me on that, by the time, I got to this beer my taste buds were shot, was the All Cats Are Gray In the Dark Stout from Fat Orange Cat Brew Co. A very rare white ale which had a very smooth finish and not too strong like a regular stout or ale.

Besides the beer, I wanted to give a shutout to Lucas Candies who created these AMAZING beer flavored brittles. You could honestly taste the beer in the brittle and the flavors were so beautiful that you know it has been made with love. Lucas Candies can celebrate more than 100 years in business and is still a local family owned business which is located in Haverstraw, New York. If you want to do something special during Christmas, you should go and check out how they make candy canes! You might see me there.