Spend Halloween at the Eastern State Penitentiary in Philadelphia 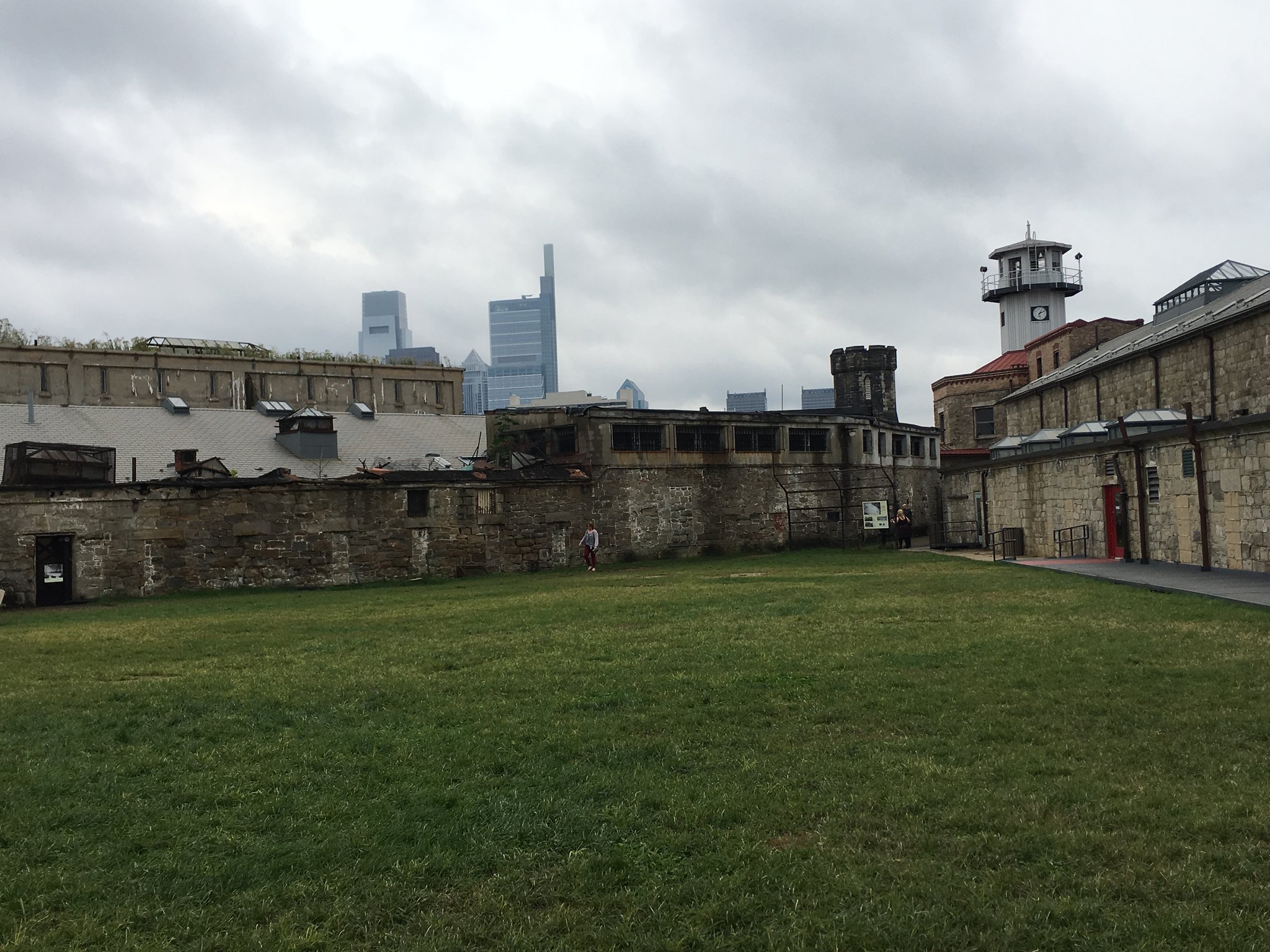 With the annual Season of Scares upon us those with a love of fright are out and about searching for the best eerie haunts to visit to get their scream on. Avid Gorehounds ourselves, my girlfriend and I have visited many great local haunts over the years such as Blood Manor, Randall’s Island Haunted Hayride, and Brooklyn’s Haunted Hotel at the Gravesend Inn, among others.

All were freakishly fun but this year we decided to travel out of our boroughs and head west to the City of Brothery Love, the land of cheesesteak, the Eagles, and Rocky Balboa, Philadelphia PA. While Philly is known for these and other cool things like the Liberty Bell and where the Declaration of Independence was signed in 1776, many don’t know that the city was host to the world’s first true Penitentiary. 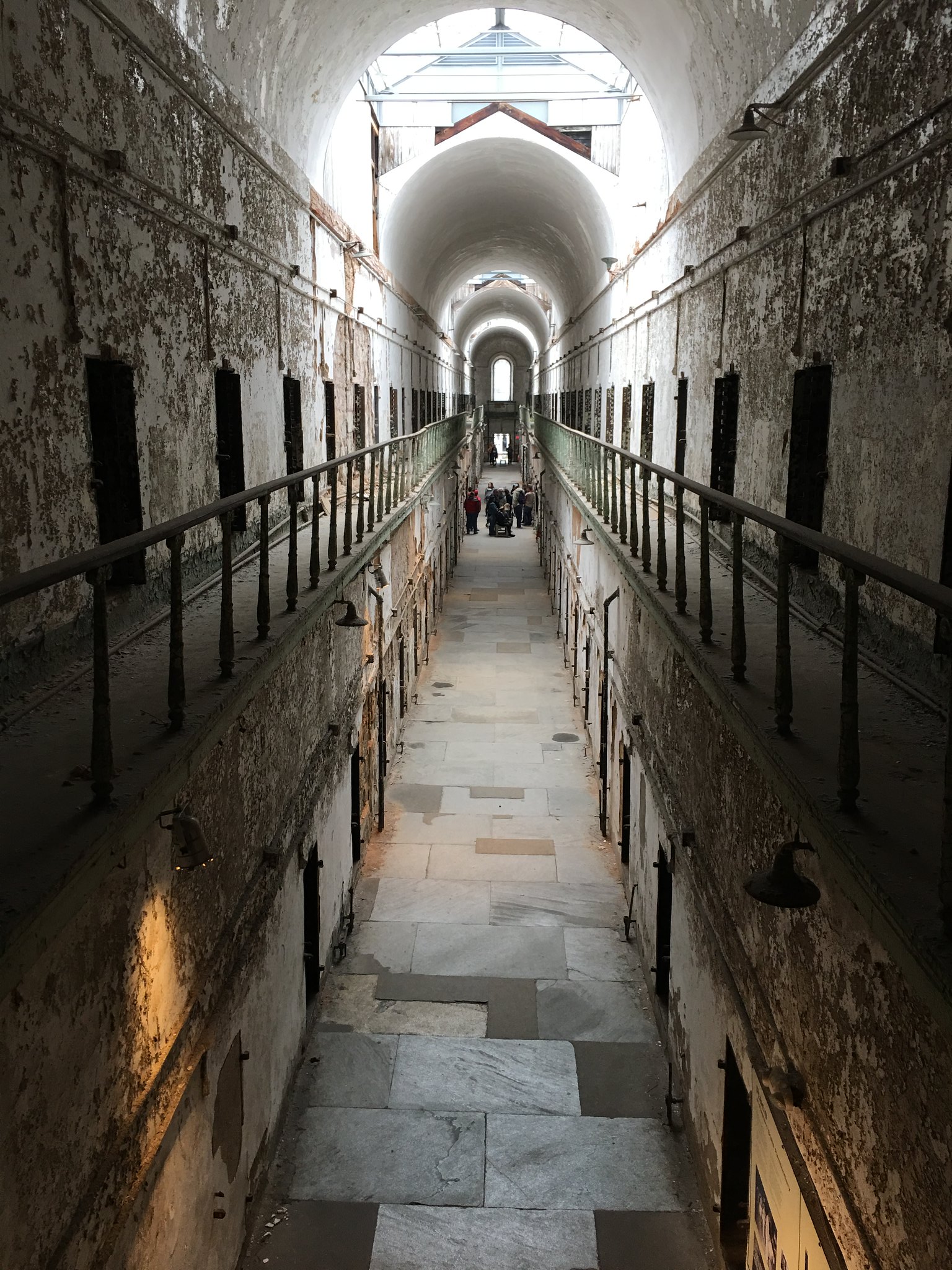 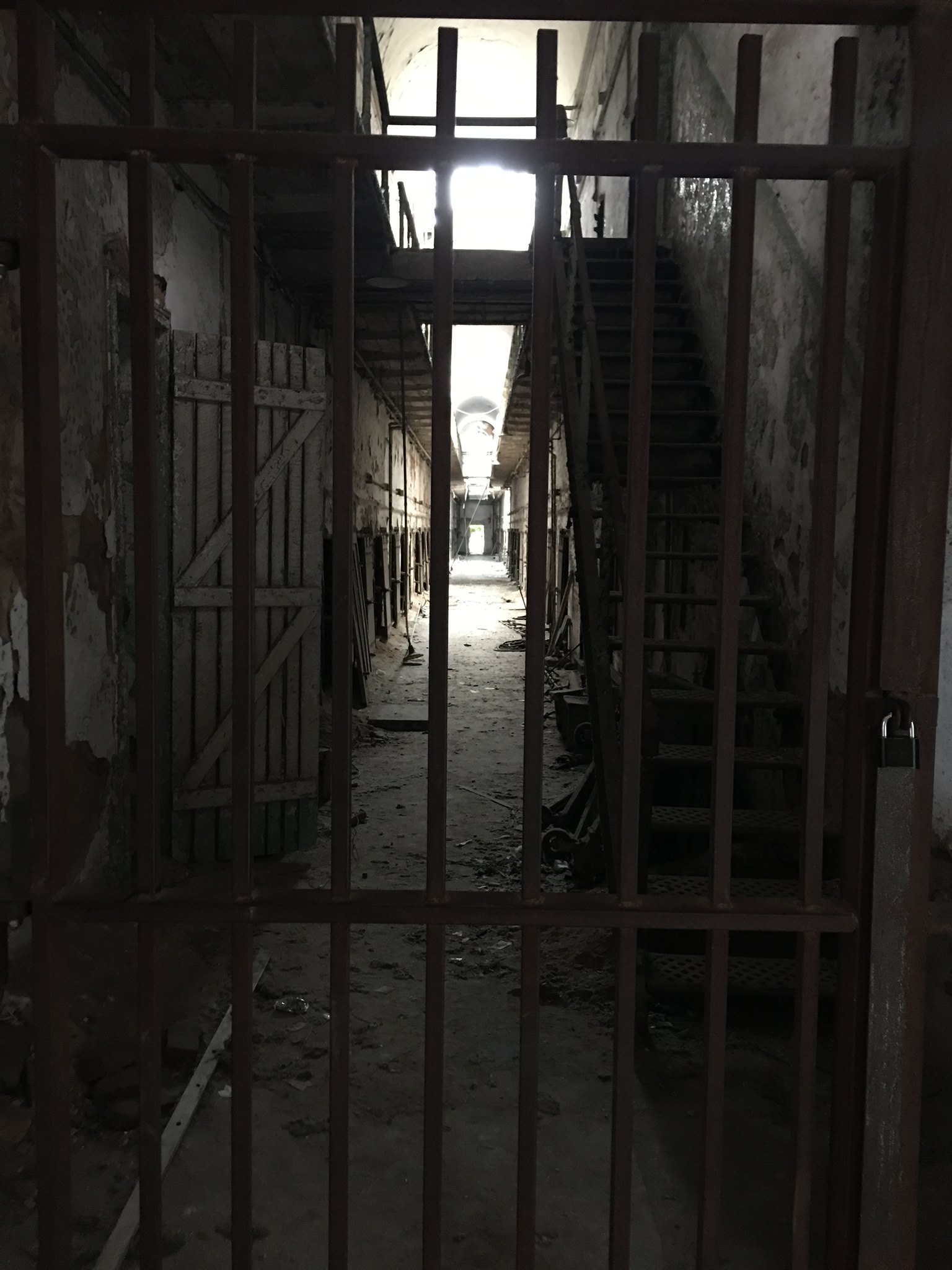 Eastern State Penitentiary opened their gates in 1829, right near Halloween on October 25th. Far different than any US prison now, Eastern State kept prisoners completely isolated from one another. Once a prisoner entered, he would never see and probably not hear another prisoner for his entire sentence. There was no cafeteria. No mess hall. Prisoners lived their lives 23 hours a day in their cells. Each cell had it’s own small isolated outside area where, if the prisoner behaved, he was let out for just one hour a day for fresh air. There was severely limited guard interaction as well, as the Penitentiary was build upon the concept of Penitence. The founders believed that one must be in complete isolation and silence to become truly penitent. 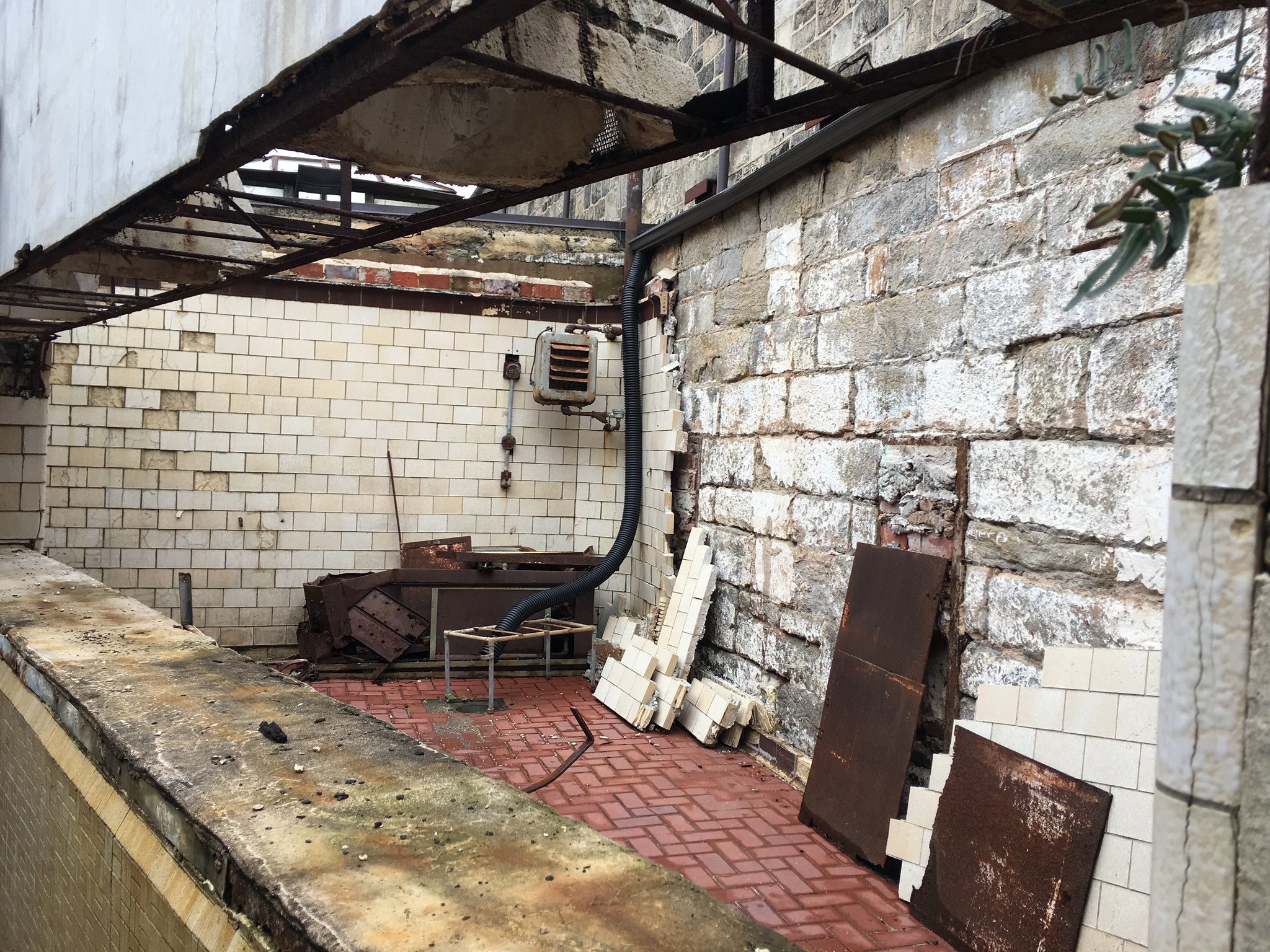 Now Eastern State Penitentiary is a historic landmark and offers daytime audio tours of the grounds, as well as their annual Terror Beyond the Walls haunted attraction, which goes from late September to early October. We took the two hour drive over from Madhattan and decided to rent an Airbnb for the night. Our rental was literally across the street from the Penitentiary, with a view from the window of the massive imposing prison, which was in itself eerie. 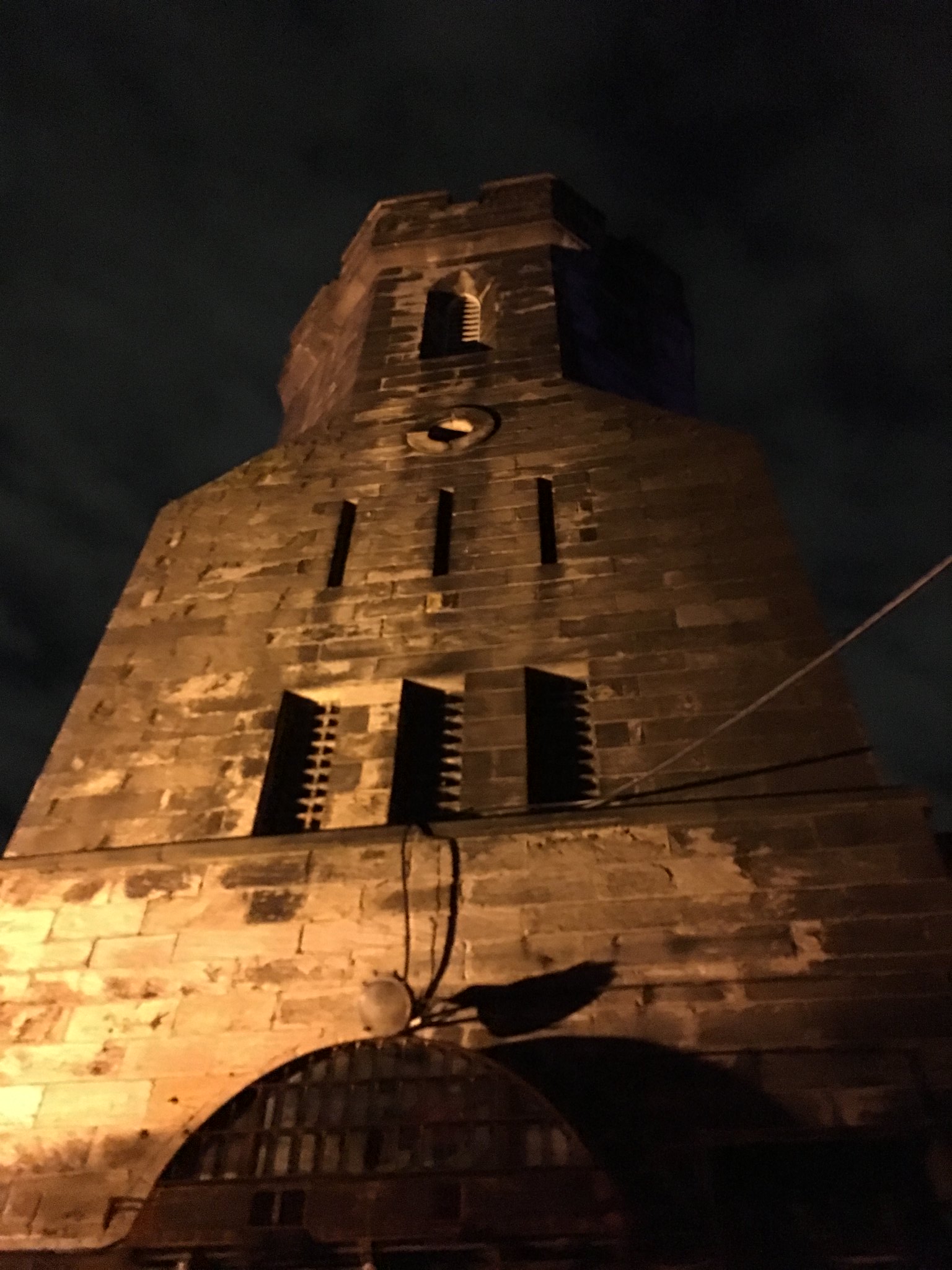 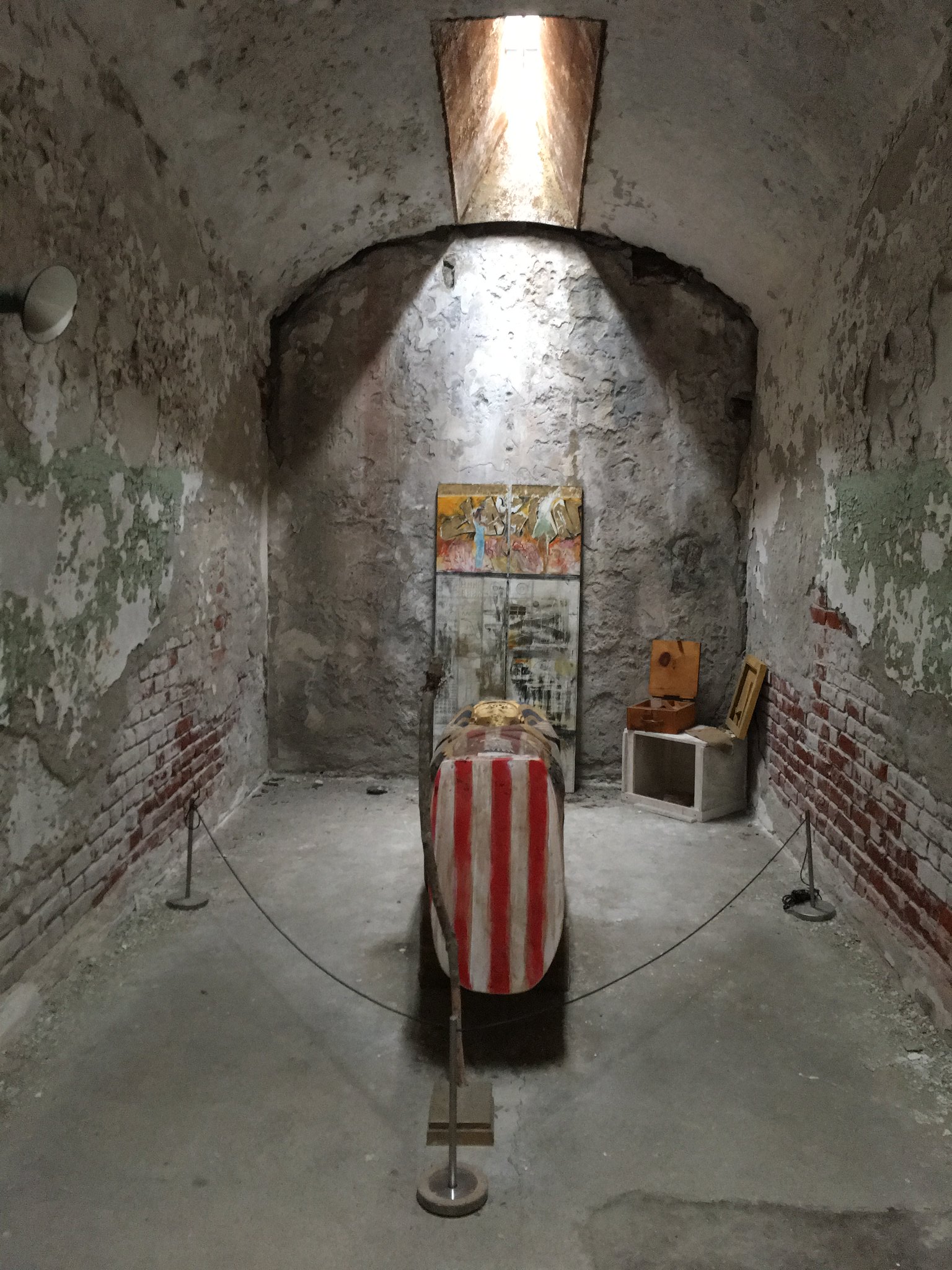 The haunt itself consists of six different themed attractions inside the prison:

Lock Down. Enter the looming façade of Cellblock 12, said to be the most haunted location inside the penitentiary. Rioting zombie inmates have taken over, zombie guards have lost control, and the chaotic scene is filled with thick fog and mangled bars. Guests are led to the second floor for an eerie view down the long-abandoned cellblock corridor, and finally through a lineup of zombies, all standing very, very still…. Some visitors leave after Lock Down. It’s that intimidating.

The Machine Shop. Hidden deep inside the cellblocks is a long-forgotten machine shop. Evil pervades this space – an evil with one mind but with many bodies.

Blood Yard. Deep within the ruins of the prison compound you discover the camp of a gruesome colony. A path marked with bones leads you deeper into the lair of the butcher, the warriors, and their ancient empress – the forgotten who now reside among the fragments of the lost prison. The beating of the drums becomes louder and louder, faster and faster. Finally you reach the source – a gory site of gnawed bones and decayed flesh. 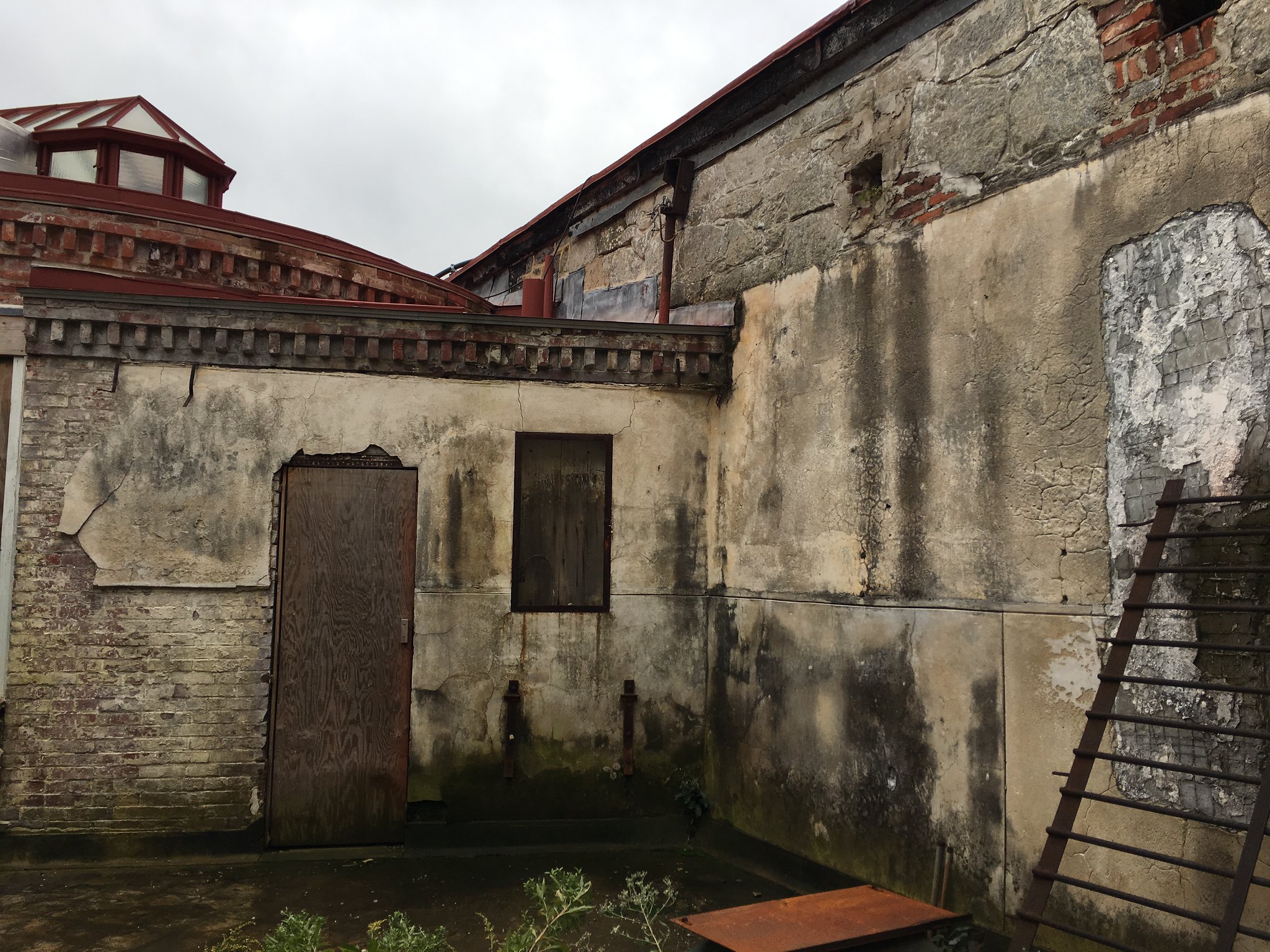 Infirmary. Infirmary takes the fear of hospitals to a whole new level. In this highly interactive attraction you’ll encounter maniacal surgeons, dentists & nurses who are sharpening their scalpels for some unusual, unnatural operations.

Break Out. Inmates surround you using every way imaginable to escape. Keep an eye out at every corner, as inmates may even be using YOU to aid in their attempt to gain freedom.

Quarantine in 4D. You learn of an infectious outbreak, whose symptoms include hallucinations, blurry vision, distorted depth perception, and other mind-altering effects. Flat walls appear to have depth, creatures emerge from (seemingly) nowhere, and some brave visitors will be challenged to face their WORST FEARS. 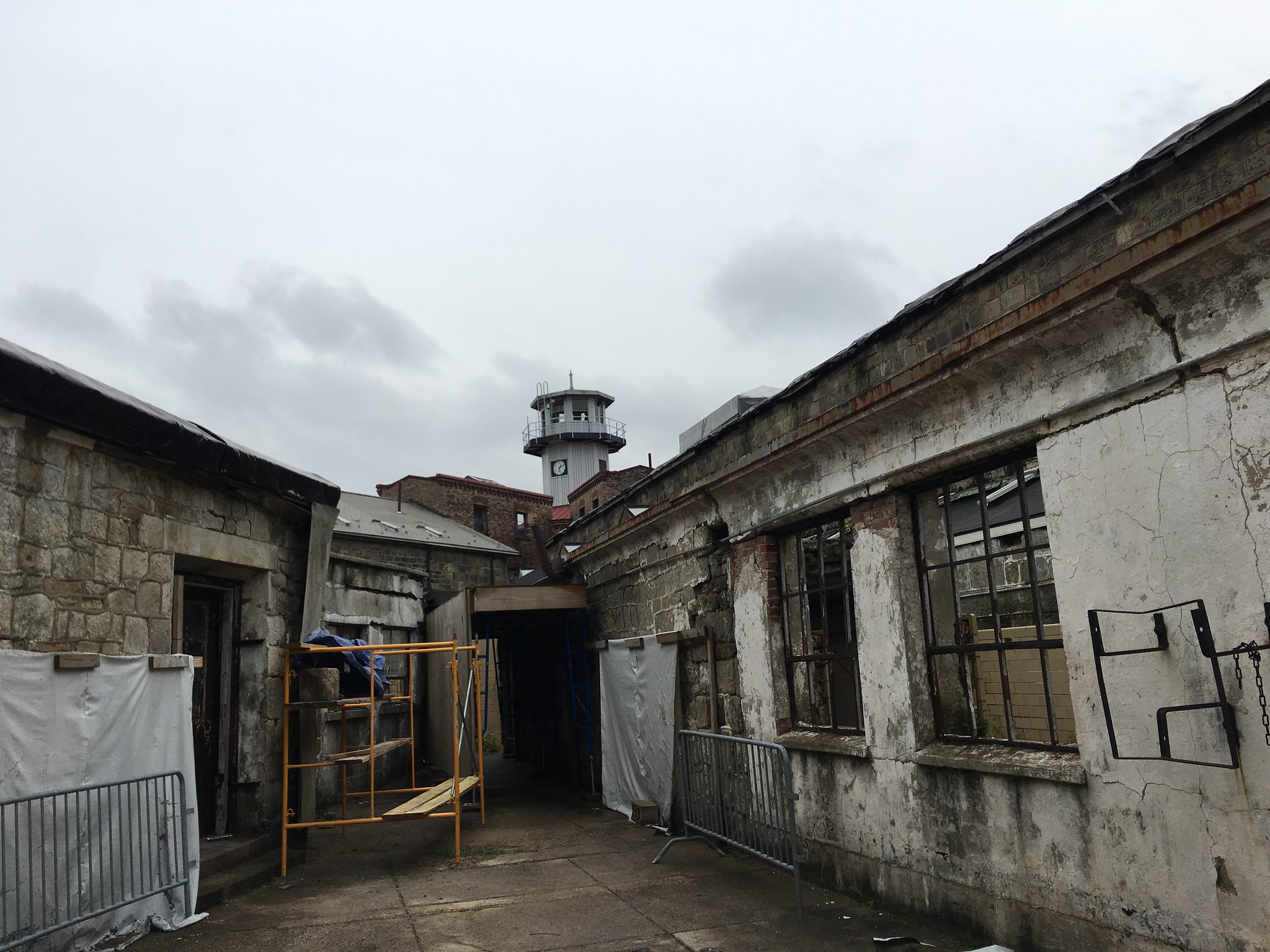 The entire experience takes 45 minutes or so, depending on how fast you’re being chased and screaming your head off. We had a killer time and thought the actors playing the horrifying characters did really well, assuming they’re all actors…

The best thing about the haunt though, in our humble opinion, is that it’s actually in a defunct Maximum Security PENITENTIARY. Truly horrifying sh*t actually happened here and you’re inside, where it all happened. This is Shawshank, ladies and gentlemen, for Real. If you’re history enthusiasts like my girlfriend and I you should most definitely make your trip to Philly a weekend one, so that you can come back the next day and do Eastern State Penitentiary’s daytime tour.  You are given a headset and map and then left on your own to walk through the prison. It’s an audio tour and where ever you see a number you simply press it on your headset and a recorded message comes on telling you special insights and facts about the place you are at. Several of the recorded messages are from previous Guards that worked at the prison, and some are even from previous Inmates. One of my favorite actors, Steve Buscemi, became so enamored with the place during a location scout for his 2000 film Animal Factory, about life in prison, that he volunteered to become the head Narrator of the audio tour, so you’ll be hearing him quite often. 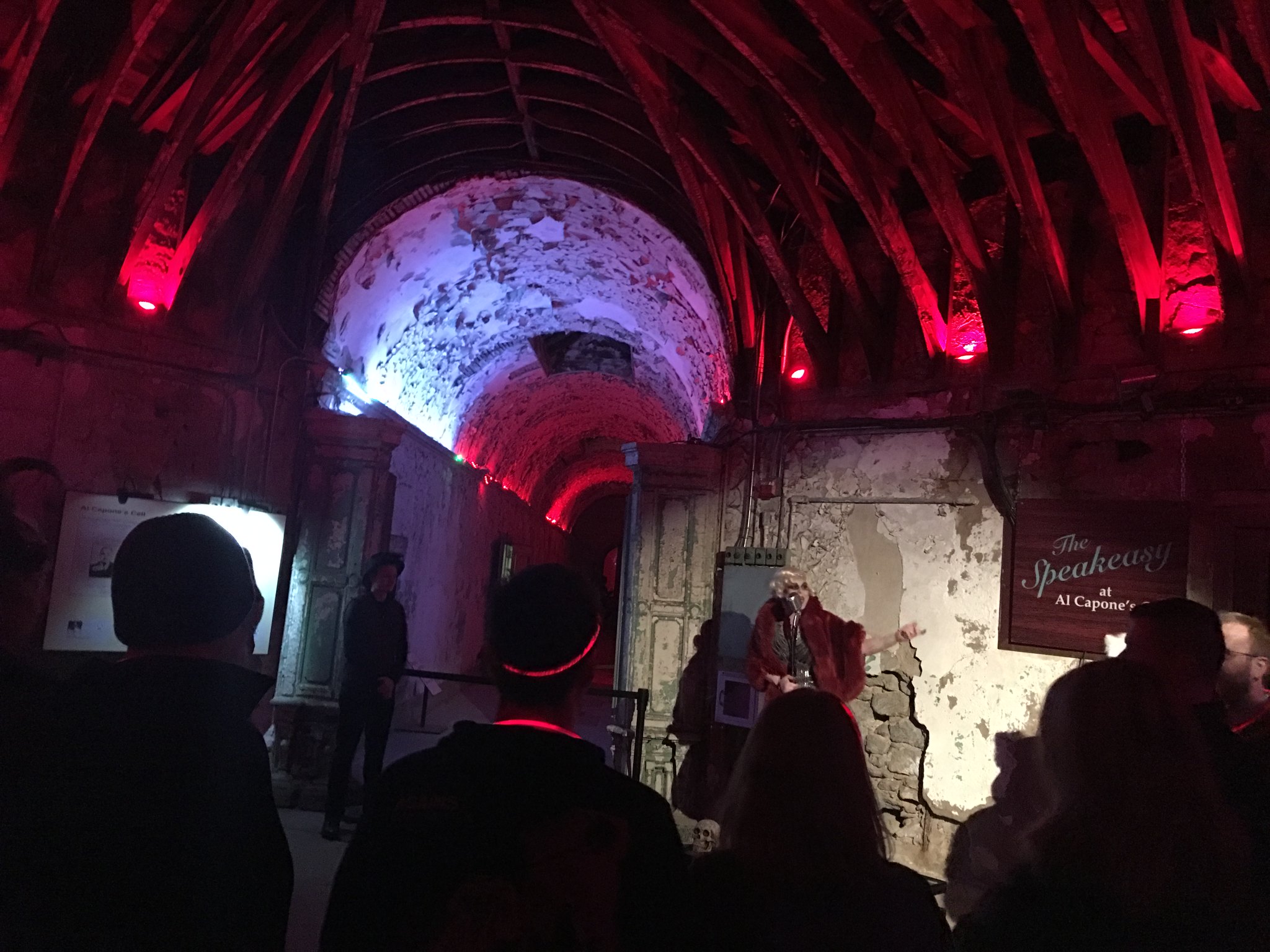 There are so many things to see, experience, read and listen to that one day isn’t enough. There are also short 10 minute talks and mini-tours from staff members throughout the prison at different places that you really have the opportunity to learn a lot of stuff. It’s frightfully interesting and sometimes truly terrifying. For any true horror aficionado or history buff this place is seriously worth a trip to. We’ll be taking some friends with us back to Philly in November before Terror Beyond the Walls ends for the season. Maybe we’ll see you there if you dare…