Crave Fishbar: Delicious Seafood in the Upper West Side 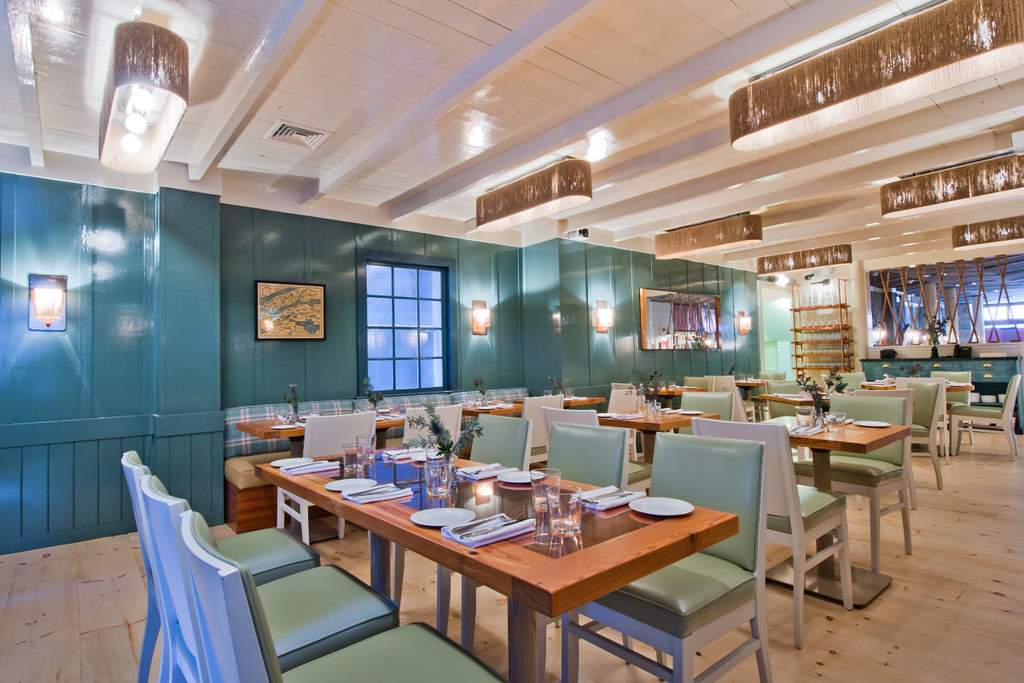 Do you like fish? Are you looking for a new restaurant to go to sea at? If so then you must visit Crave Fishbar.  The place has been around awhile and has a substantial following, as it should because the food is delicious! My girlfriend and I recently visited their upper west side location and had a terrific meal.

So what’s the craze at Crave all about? You may have heard of Executive Chef Todd Mitgang before. He’s no stranger to the NYC Restaurant scene. A graduate of the French Culinary Institute, you may have tasted his work in his hometown of Roslyn, New York at Lisenda, or possibly at Kittichai in Soho. If you’ve been to Montauk you may have eaten at South Edison, which he helped launch. 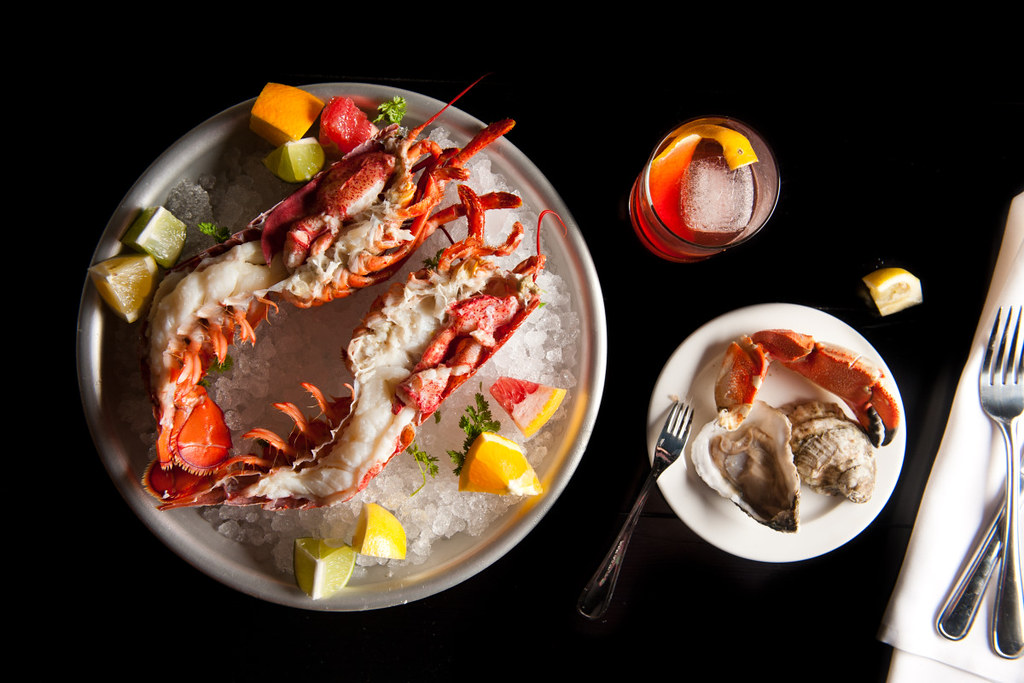 Chef Todd Mitgang is the creative force behind the innovative, sustainable seafood menu for which Crave Fishbar has come to be known. With over a decade of culinary experience, Todd brings great variety and bold flavors to his food. He first opened Crave Ceviche Bar in Midtown in 2007 with his business partner Brian Owens.

However, tragically the next year it was destroyed in a crane accident which was all over the news at the time. After the accident there wasn’t immediately a place to relocate in the area so he consulted on several projects until opening another restaurant in Montauk, South Edison, in 2010. 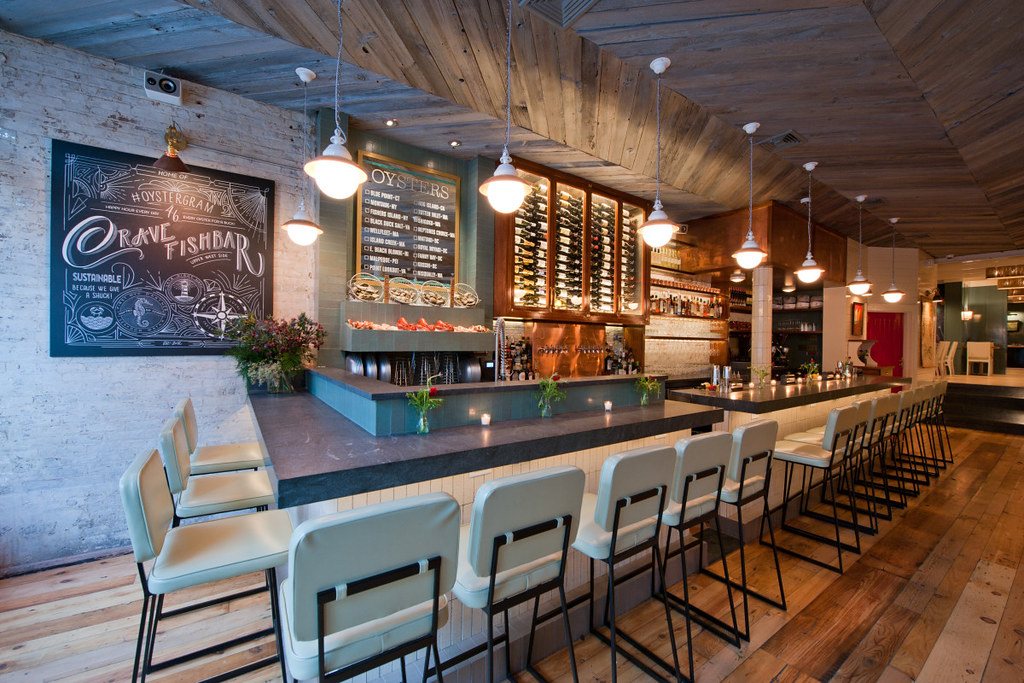 Fast-forward to the present and now Chef Mitgang is back in both Midtown East and Manhattan’s Upper West Side with Crave Fishbar, a seasonal seafood restaurant leading the charge in sustainability, eco-consciousness and accountability. OK – enough of the history lesson. Let’s get back to our meal! 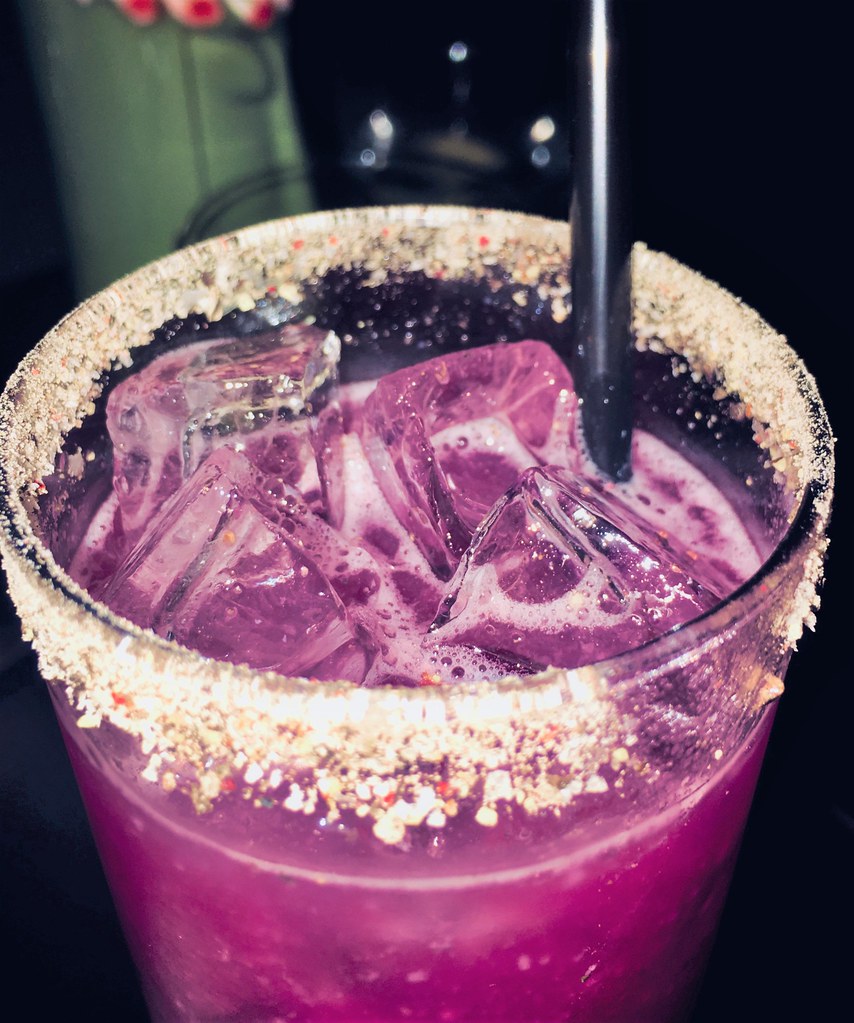 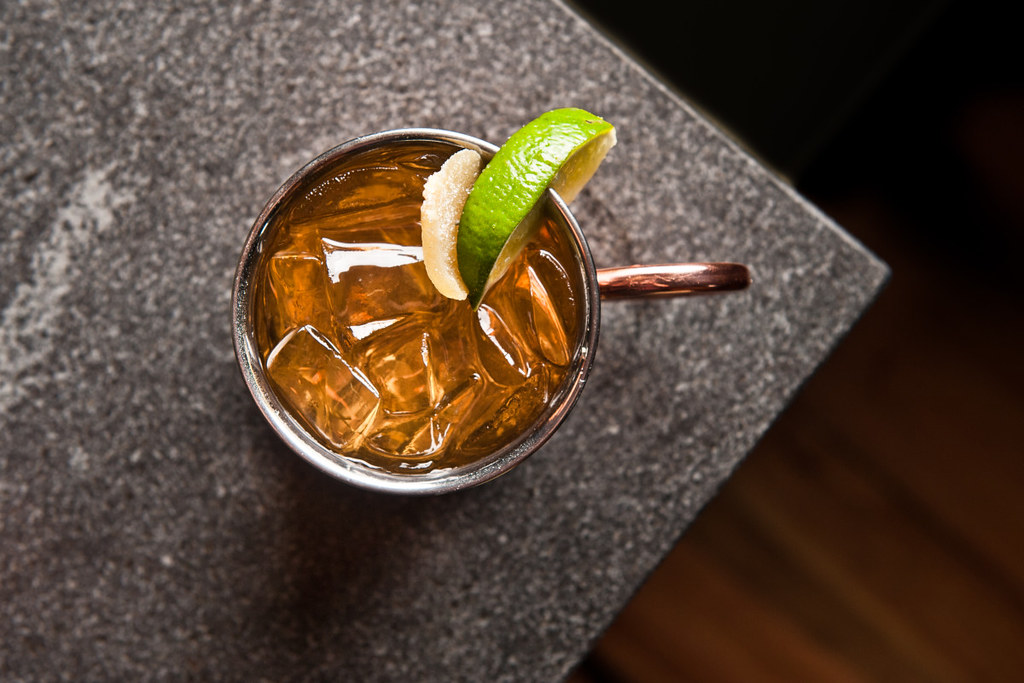 To begin we started with some creatively named cocktails. I had the Jolly Roger with white rum, coconut rum, spiced ginger, coconut milk and 151 flame, and my lady had the Karate Kid with Spring 44 gin, yuzu, kaffir lime leaf and lime juice. Both were quite delicious, loosening us up for the meal to come. 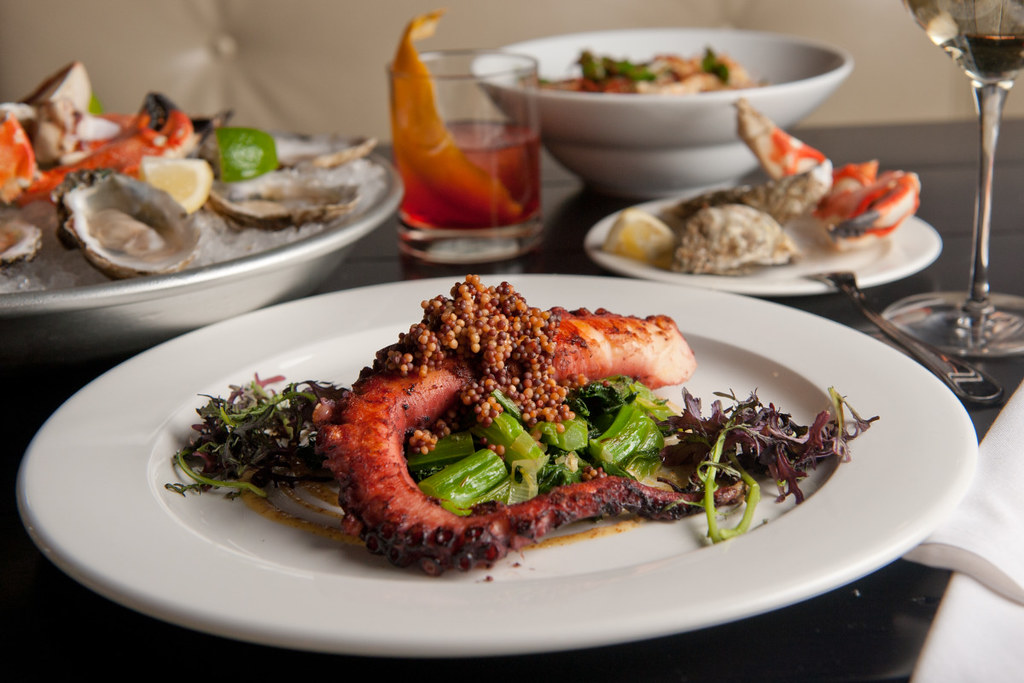 For appetizers we tried the Grilled Prawns, Plancha Grilled Octopus, Brussels Sprouts and a few Oysters. Yeah, we were hungry!

The octopus, grilled with Chinese broccoli in cumin mustard vinaigrette, was really good. So were the Prawns and Oysters, which were sources from both the west and east coasts. 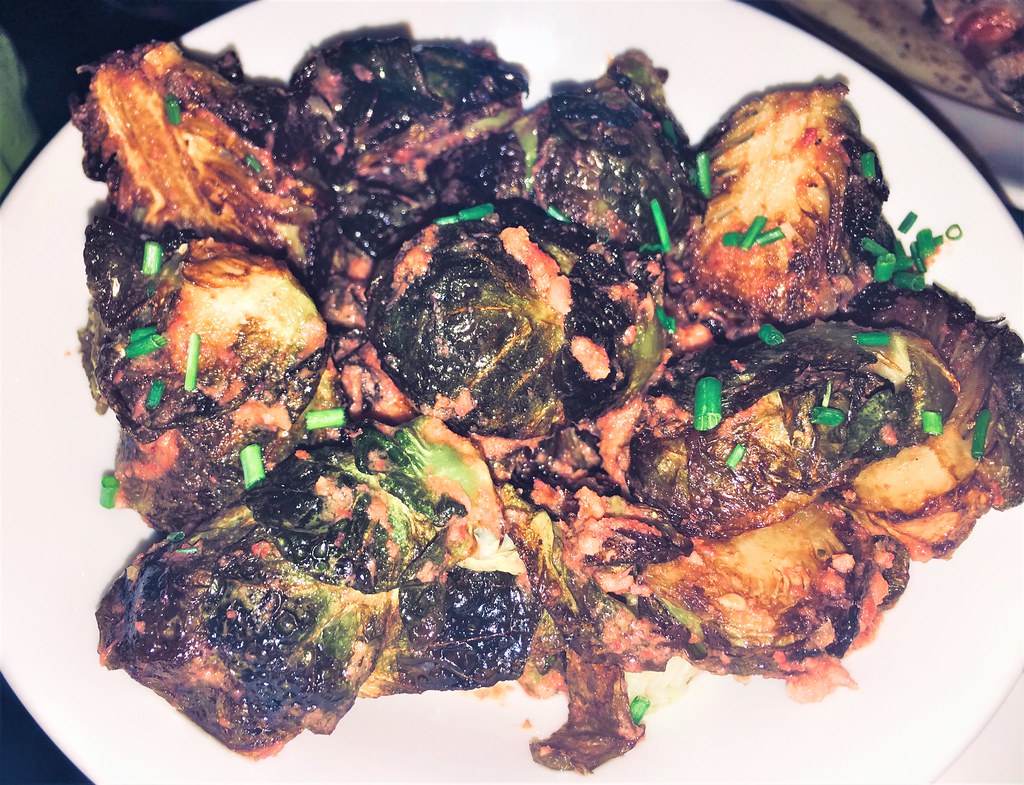 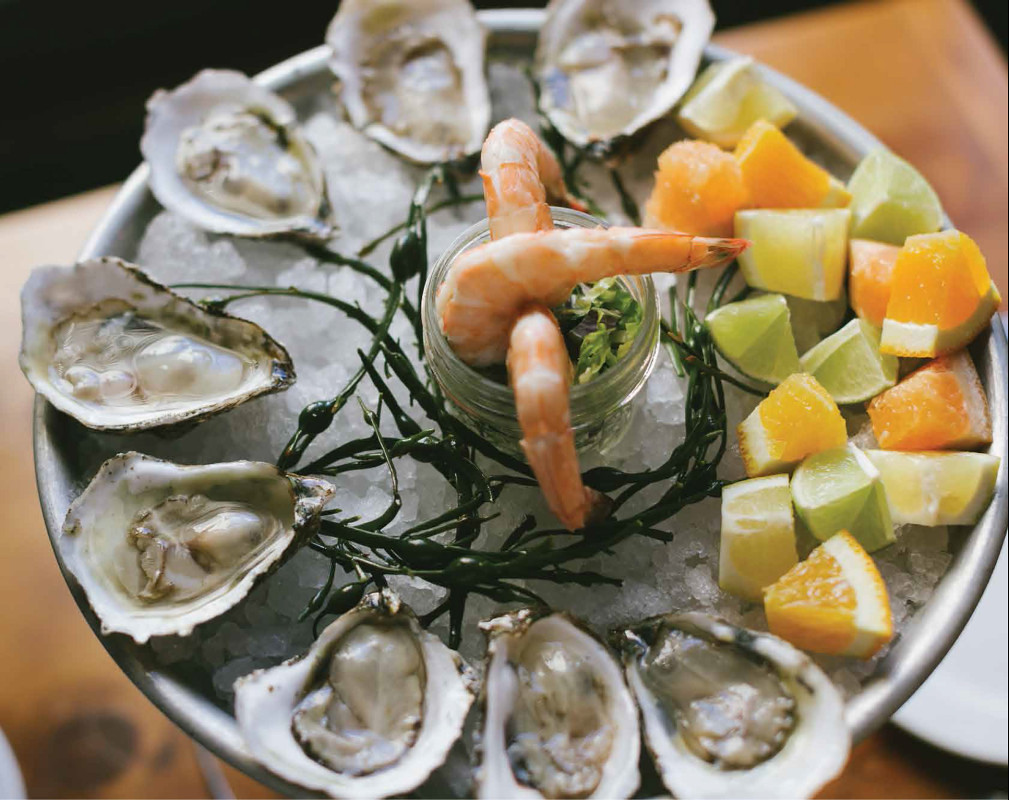 I know this is a seafood restaurant, but the sure winner as far as I’m concerned were the brussels sprouts. They were exceptional, and I’d go back just to order them!

Taking a break from the food, we tried the Pear Sangria and a Mule cocktail. I like it a bit sweeter when it comes to cocktails so the pear sangria was just right for me, made with white wine, pear, honey, and autumn spices. My partner prefers her drinks a bit stronger and the Mule definitely kicked her. 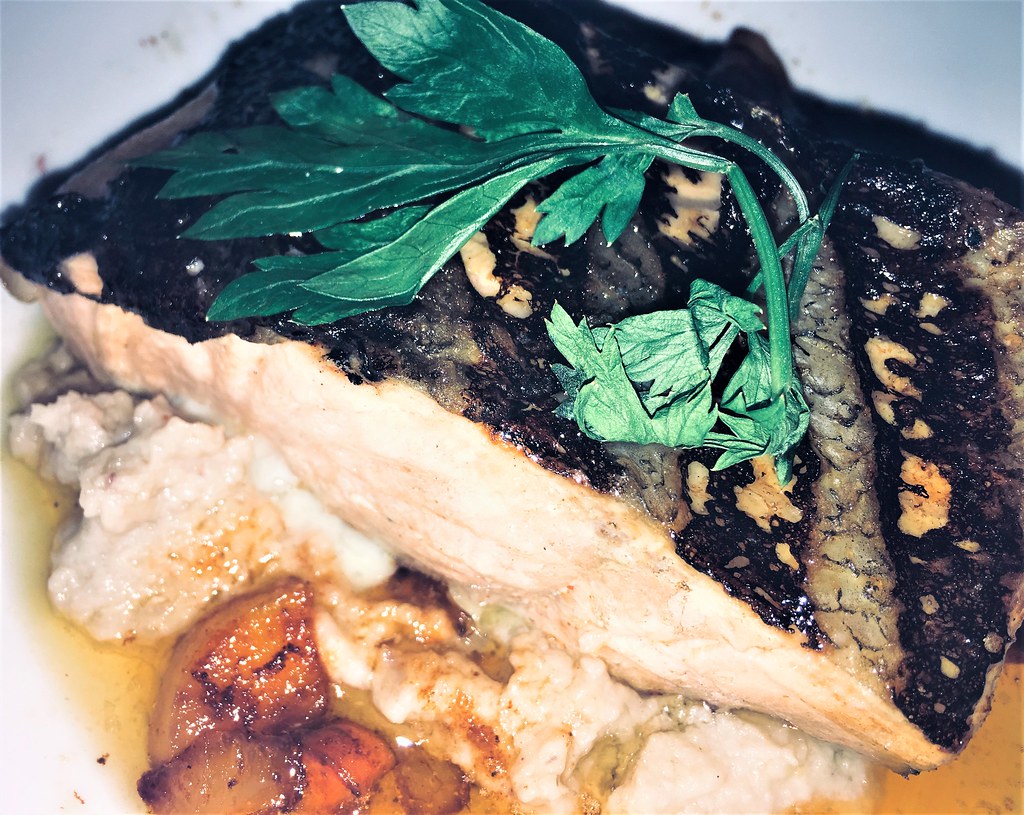 For the main entrees we ordered the Grilled Faroe Islands Salmon and Seared Rare Yellowfin Tuna. Both were absolutely delicious. The salmon came on a bed of cannellini bean hummus, with pomegranates and hot paprika roasted local heirloom carrots. Sounds great but tastes even better. 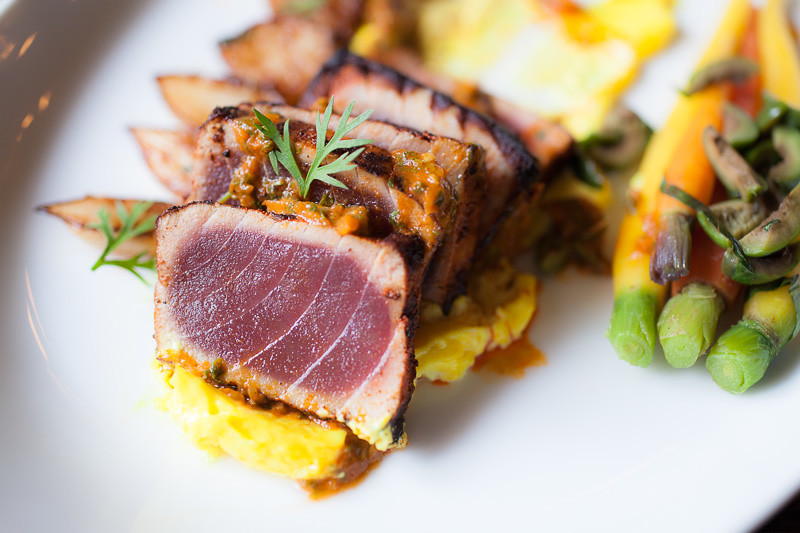 The tuna was made with coriander adobo, Mexican corn, queso fresco, pickled onion, smashed fingerling potatoes, and guajillo salsa. Again, it tastes even better than it sounds. 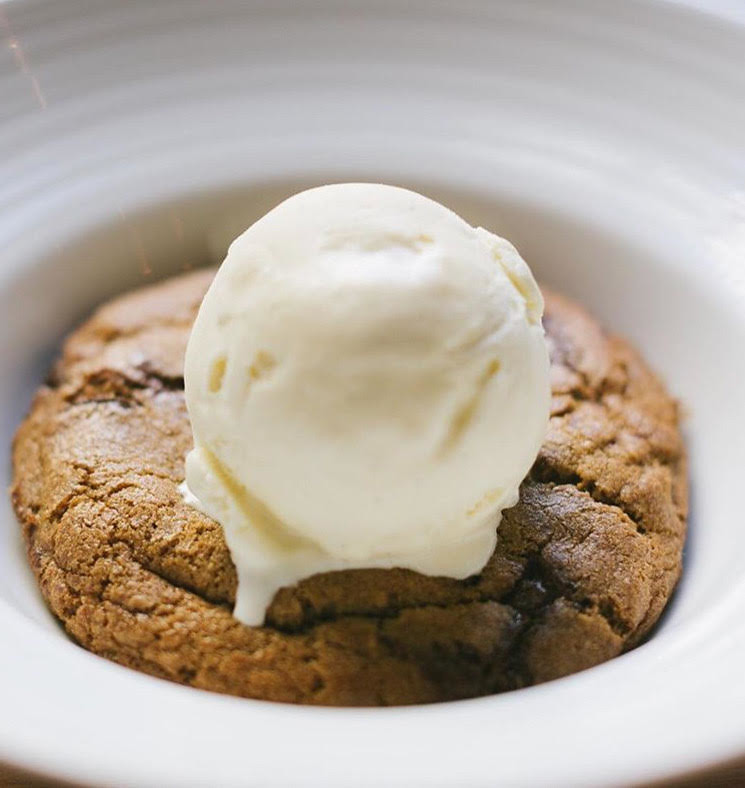 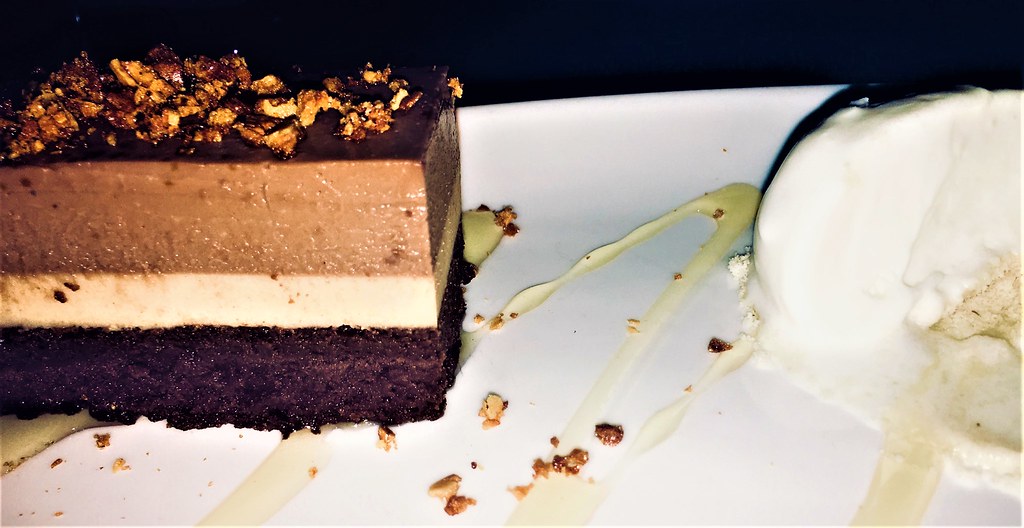 To end our feast we decided on some sweets. I had their traditional Famous Warm Chocolate Chip Cookie with a scoop of vanilla ice cream, and my sexier other half chose the Milk & Honey with milk chocolate peanut butter cake, honeycomb, and honey ice cream. How can anything be wrong with that?

We both liked the place and will definitely be going back once the craze for Crave hits us again. 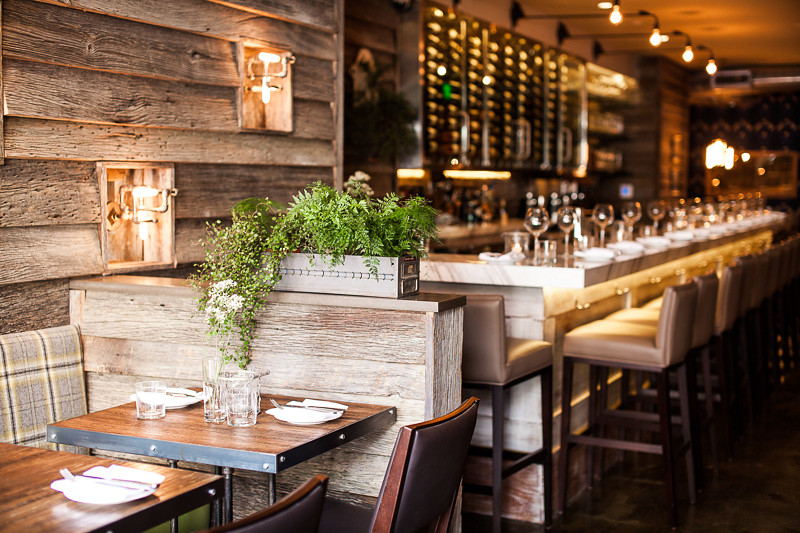 Crave leads the charge in sustainability and eco-consciousness, known for its creative, sustainable seafood from Executive Chef Todd Mitgang. Crave Fishbar was the first NYC partner of the Monterey Bay Aquarium Seafood Watch Program, a national leader in ocean sustainability, and is a charter member of the James Beard Foundation’s Smart Catch Program.

Photos via Crave Fishbar and by Socially Superlative